The end of the baseball season is always sad: Our nights are lonely and barren without games to watch. We're forced to do something other than update our fantasy rosters on company time. There are no arguments to start over whether the manager should have gone to the bullpen or not.

But worst of all, thanks to time's cruel and ever-present march forward, are the players who have retired -- those who must say goodbye to baseball in exchange for a life of leisurely golf outings or television commentary.

But while they may not show up in tomorrow's box score (unless you're watching an adult baseball league), we will always remember them as the cherubic, baby-faced players they once were.

Let's look back at seven rookie photos from seven recent retirees -- photos which captured these athletic legends before they filled out and their facial hair fully grew in. We all rejoiced when Zito returned to the big leagues this year -- even if hisface-off against former teammate Tim Hudson was a bit like the return of "Arrested Development": A great idea, if weak in execution. But now Zito is off to work on his music career, which fits his current look much better than his rookie one, which seemed to indicate, "Hey, umm, are the showers, umm, public?" When Hudson's career started, he looked like he was in a dark country band, singing songs about lonesome cowboys who had to face hard moral choices every day.

At the end of his career, he looked like one of those hardened men at the edge of society. Have you ever wondered if there are people out there that simply don't age? That vampires exist (and go to high school)? Well, just look at that photo above. Seems like we've just found one of the undead. While Ramirez's career took him from Pittsburgh to Chicago to Milwaukee before finally ending up back in Pittsburgh, he never lost those sultry eyes for the camera. Sadly, he didn't get to take another glamour shot in his final season. 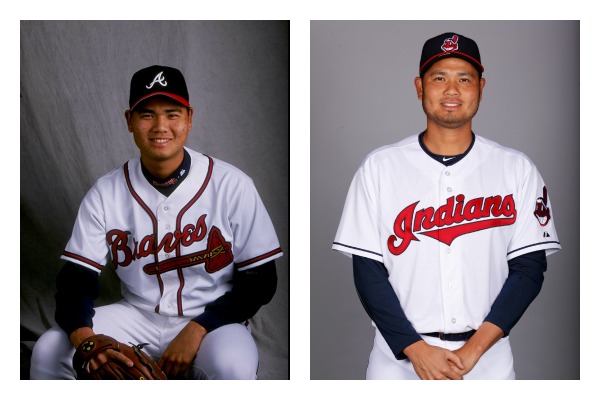 Of course, to finish his career, he went back to the same color combination from when he broke in as a member of the Braves. Judging from his Twitter handle, he accepted that, too.

Thank you baseball. I played this beautiful game for 30 years. I took my jersey off for the last time tonight. It was an honor. #ithrew88