Carlos Beltran, Bret Saberhagen and the best players to play for both the Mets and Royals

Carlos Beltran and the best who were Mets and Royals

The Mets and Royals have a lot in common: Both were founded in the 1960s and have blue in their uniforms. Both sport their city's letters on their caps, both share a state with one of baseball's historically elite franchises and neither has won a World Series since the mid-1980s.

They also share a laundry list of former players including multiple Rookie of the Year Award winners, multiple Cy Young Award winners, and the guy who made one of the greatest plays in Mets postseason history.

Carlos Beltran is the posterboy for guys who played for the Mets and Royals. Beltran broke into the bigs with the Royals, won AL Rookie of the Year in 1999, and accumulated 24.7 wins above replacement while doing awesome stuff like homering from both sides of the plate in the same game.

The Mets signed Beltran as a free agent after the 2004 season and all he did over the next seven seasons was accumulate 31.3 WAR, belt 149 home runs, earn a spot on five All-Star teams, win three Gold Glove Awards and two Silver Slugger Awards and lead the Mets to the 2006 NLCS. That's all.

Beltran is the only player in top 10 on both franchises' career WAR leaderboards (seventh for the Royals, third for the Mets).

Cone is remembered as a serious winner, but he started his career with a bit of bad luck. He was in the Royals system when the team won the World Series in 1985, but didn't get his first taste of MLB action until 1986 ... the year the Mets won the Fall Classic. In the offseason immediately following that magical Mets run, the team traded for Cone, meaning that Cone joined the reigning World Series champions in the first two seasons of his career.

Cone went on to rejoin the Royals and win the 1994 AL Cy Young Award.

He posted 19.5 WAR over seven seasons and 13.9 WAR over three seasons for the Mets and Royals, respectively, serving two stints with each club over the course of his 17-year MLB career. He won five World Series -- one with the Blue Jays ('92) and four with the Yankees ('96, '98, '99, '00) and threw the 16th perfect game in MLB history for the Bronx Bombers.

The world remembers Bret Saberhagen as a Royal: He won a World Series and two Cy Young Awards over eight seasons in Kansas City and was inducted into the Royals Hall of Fame in 2005.

But his contribution to the Mets is probably greater than you realize. Saberhagen joined the Mets before the '92 season (he and Cone were teammates for part of '86 on the Royals and part of '92 on the Mets). He went 29-21 and posted a 3.16 ERA over four seasons with the Mets, but his greatest contribution might be how he left the team. 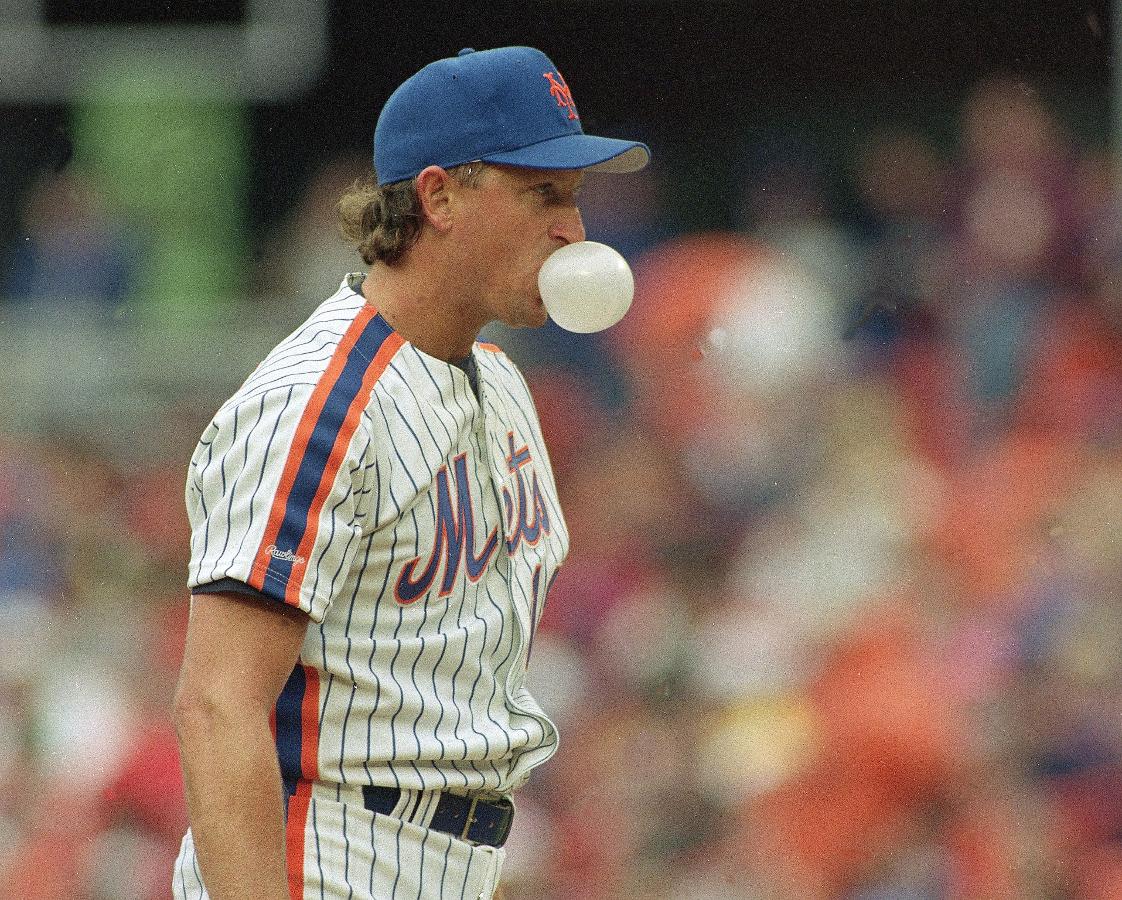 The Mets traded Saberhagen to the Rockies for a haul that included Minor Leaguer Arnie Gooch, who they later traded to the Dodgers along with Todd Hundley for Charles Johnson and Roger Cedeno. Cedeno was then packaged in a multi-player trade with the Astros for starting pitcher Mike Hampton. When Hampton was granted free agency at the end of the 2000 season, the Mets were awarded a compensation pick, which they used to select a third baseman named ... David Wright.

The Mets signed Endy Chavez as an amateur free agent in 1996, but he first broke into MLB with the Royals after they made him a Rule 5 selection four years later. He appeared in only 29 games for the Royals, but later rejoined the Mets for 2006-08 and cemented himself in baseball history with an absolutely incredible catch in Game 7 of the 2006 NLCS:

Longtime Royal Kevin Appier also had a brief stint with the Mets during his career. The late Jose Lima pitched for the Mets and Royals, respectively, in the final two seasons of his career. Gregg Jefferies started his MLB career with the Mets, but joined the Royals for the 1992 season. The list of recognizable names who played for the Mets and the Royals also includes, but is not limited to: 2003 AL Rookie of the Year Angel Berroa, Michael Tucker, Kyle Farnsworth, Jeff Conine, Jerry Grote, Bill Pecota, Hideo Nomo and Jeff Francoeur.