Celebrate Stomper, the greatest (and only) elephant mascot in the Major Leagues

On Apr. 2, 1997, 92 years after the Athletics were cruelly compared to "White elephants" in the 1905 World Series, the Athletics introduced their elephant mascot, Stomper. And since today is Elephant Appreciation Day, let's marvel at all of Stomper's wonderful skills.

Since elephants reportedly never forget, they are particularly good at showing up on time for ballgames ... and weddings.

Congrats Jessika & Chris! It was an honor surprising you two on your special day! #WeddingCrasher pic.twitter.com/ZOXX4bX9eT

And we all remember the video of the elephant painting, so of course Stomper is a highly sought after modern artist:

When not painting, Stomper likes to shred:

Had a great #TBTC day! I even got to meet my predecessor! #Athletics pic.twitter.com/xEpZecct8n

And he's even an accomplished food photographer:

No #ASG breakfast would be complete without an #EverythingBagel! pic.twitter.com/IRQAeHAnEx

While he's usually happy to hang out on the sidelines and create long-lasting works of art, Stomper does harbor some big league dreams:

Warming up for my t-shirt toss. @PatVenditte, you've inspired me!! #Athletics pic.twitter.com/9OIaUTMPKv

Though he'll have to be careful -- there are plenty of impersonators who would love to take his job:

But, while Stomper is surely happy in his job and position in life, there will always be a small part of him that wonders, "What if -- what if I wasn't a baseball mascot?"

Of course, while Stomper is the only Major League elephant, there's one team named after the species: Brother Elephants in the Chinese Professional Baseball League. Beyond being the home of former Major Leaguer Armando Galarraga in 2014, they have their own pretty sweet elephant mascot, too. Maybe Stomper and this guy can become pen pals: 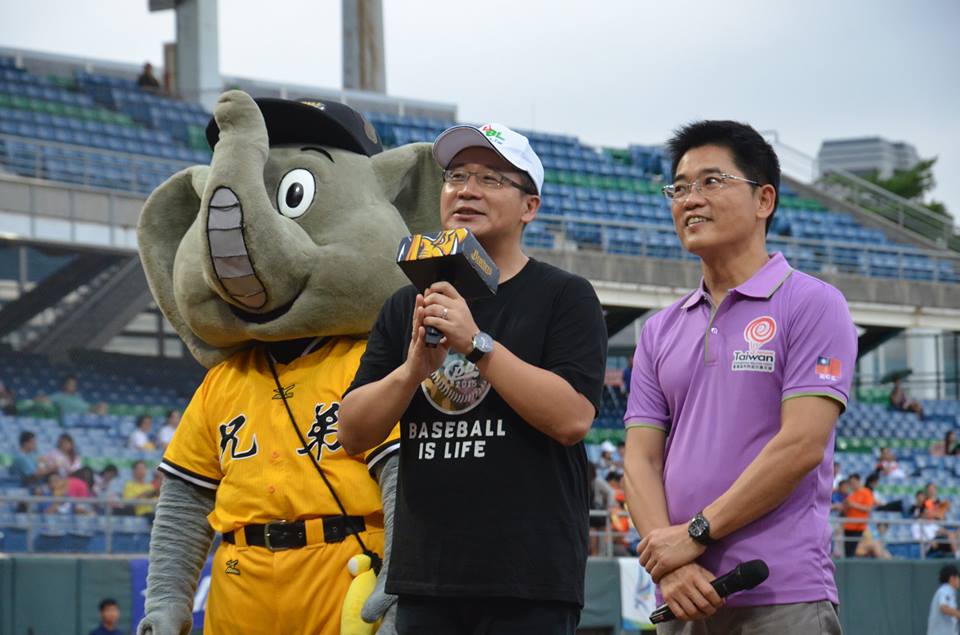