From 30 World Series hopefuls, only a few remain. In case you haven't been following every contender, here's a catch-up on what you missed and what to expect next. In this edition: The St. Louis Cardinals.

The Cardinals have enjoyed plenty of success in recent years, they kept that rolling in 2013. Breakouts from the likes of Shelby Miller and Matt Carpenter helped, as did continued excellence from Yadier Molina, Adam Wainwright and friends.

A few highlights from the year that was:

5. You can't talk about the Cardinals without mentioning their fans. This year, Cards fans showed up to ready for baseball in all its phases, be it catching foul balls (and losing them): 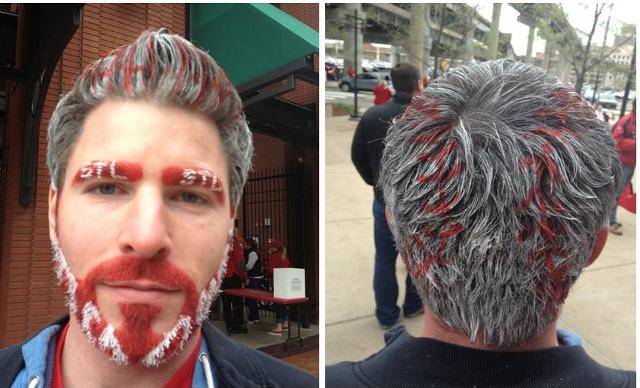 Or saying 'hi' to a favorite player (and getting a nice surprise): 4. If you like wrestling, Miami wasn't the only place to satisfy your needs -- the Cardinals celebrated America's favorite pseudo-sport by inviting several wrestlers to Busch Stadium.

First the Bella Twins and Mick Foley decided to come cheer on the Cards: And then Chris Jericho tossed out a solid attempt at a first pitch:

3. Remember the time the Cardinals battled the Royals in an eight-hour, rain-soaked epic? Things got eerie pretty quickly: 2. Adam Wainwright might be the master of the dugout celebration. Check out this muscle-y cele-bro-tion:

And, of course, this awesome "Freese-ing":

1. Have you heard about Dancin' Joe Kelly ? The guy can pitch pretty dang well, but that's nothing compared to the rugs he can cut. No really -- check it out:

Oh, and he can also see the future.

So, what can we expect from the Cardinals in October? A few predictions:

Don Draper will quietly, thoughtfully light a cigarette in front of the television while watching the Cardinals play the Dodgers. He'll ponder the masculinity of sport -- baseball's quiet introspection and the rugged individualism of a man who identifies as a ballplayer.

Bravo will debut "The Real Mascots of St. Louis," following the adventures of Fredbird and the #RallySquirrel.

Yadier Molina will look down at the dirt behind home plate, only to discover a dryer-eaten sock, his high school class ring, and the remote control from his television.

Television producers will assign a junior assistant to the associate producer to monitor Carlos Beltran's movements at all times.

Allen Craig (if healthy) will probably do something crazy awesome.