Some of the Cut4 staff has traveled south for spring, taking shelter in beautiful sunny Florida to enjoy the sights, sounds, foods and fans of MLB's Spring Training. As we venture through the many stadia of the Grapefruit League, we'll keep you updated on what it's really like to check out 15 MLB teams, explore the backroads of the Sunshine State and watch a whole lot of baseball. Past recaps: Day 1, Day 2.

Ballpark: Champion Stadium at the ESPN Wide World of Sports

After visiting the Twins' beautiful Spring Training facility on Wednesday, I headed three hours north to make my next stop and catch my second game: Tigers at Braves.

The Braves' Spring Training site is rather unique. It is located in a town called Lake Buena Vista, Fla. -- a tiny municipality known for only one thing beyond hosting the Braves in March: it is home to Walt Disney World.

In fact, the Braves' ballpark, Champion Stadium, is located within Walt Disney World itself, at the ESPN Wide World of Sports complex. The result is a combination baseball game/vacation atmosphere that is certainly a different ballpark energy than a die-hard fan might be used to. However, it's hard not to enjoy the laid-back feel and jovial spirits. 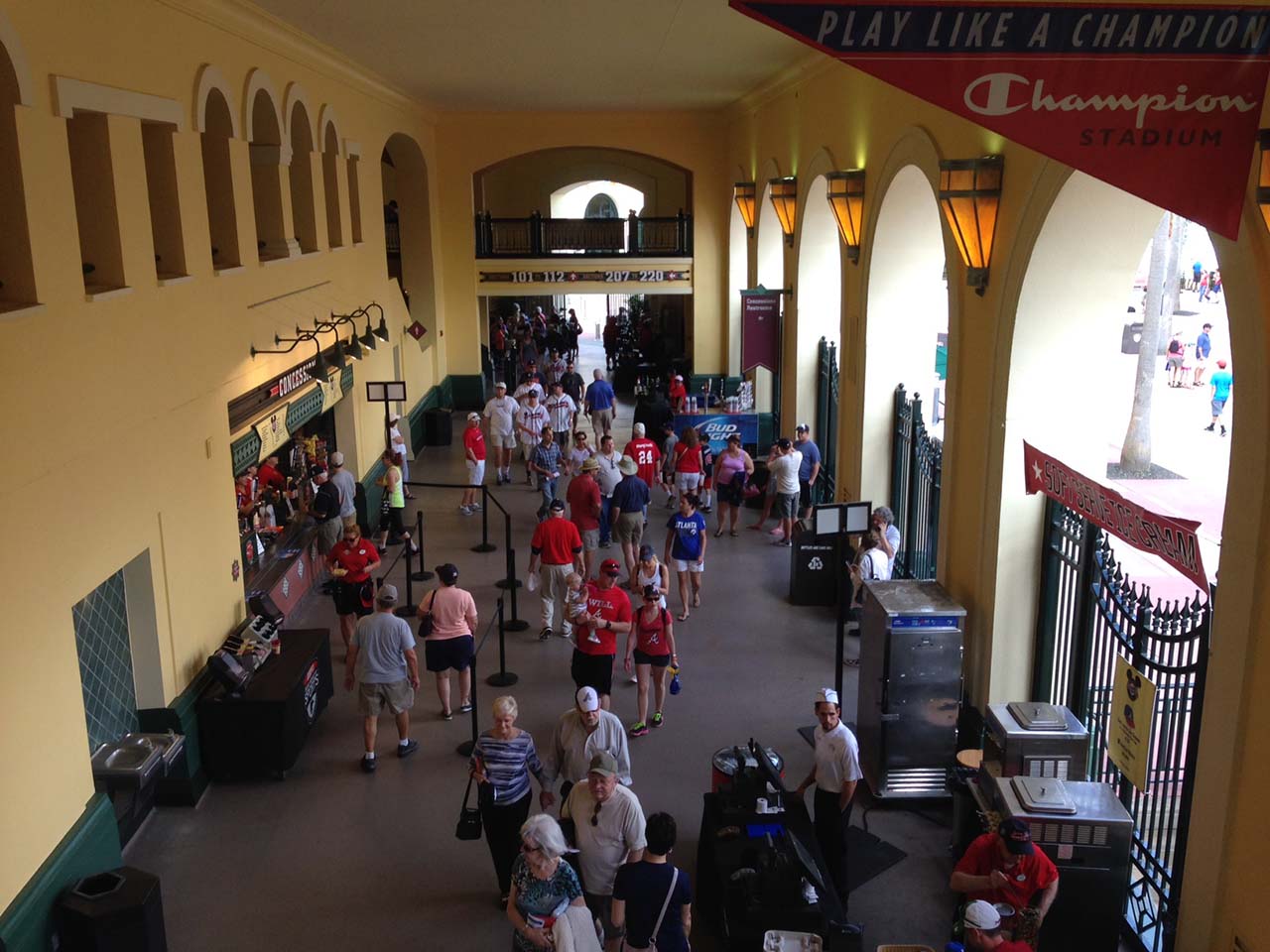 The sightlines are good, the stadium looks like an old jewel box park from the early 20th century and there's an all-you-care-to-eat section -- all of the essentials for a good ballpark experience. Still, you can't help but notice the small differences. Like, say, t-shirts showing support for Atlanta's newest slugger:

The @Braves seem to have acquired a new power hitter. pic.twitter.com/BLPmlkT8XR

Who is so popular around these parts, the Braves seem to have added him to their logo: Unfortunately, he was far too busy for an interview. So, I sat down with his teammate, who gave me a few helpful tips for how to play baseball the right way:

Day 3 brought me back to Roger Dean Stadium, but instead of the Marlins, it was the Cardinals. And with the Cardinals comes many Cardinals fans:

It&#39;s 11:33 am and Cardinals fans have a line around the block to get into the stadium pic.twitter.com/Ts58p9YCAu

That line was to enter the stadium at 11:30 a.m. (nearly two hours before game time) and it wrapped all the way around the block. Here's another shot of the Red Sea in the third inning. Sorry, Marlins fans. No room for you: 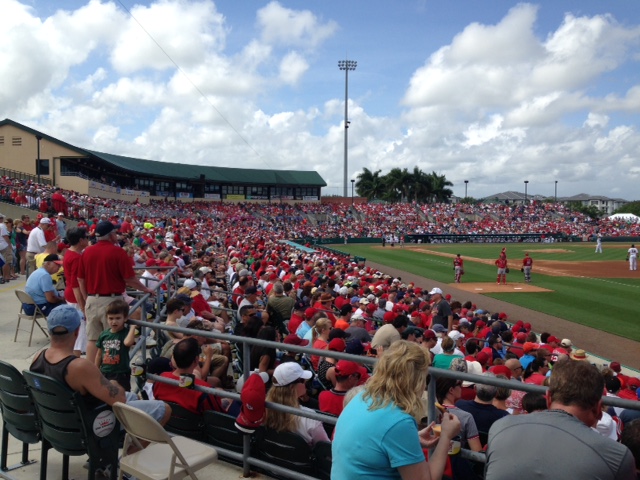 Unfortunately for the St. Louis faithful, their team lost 6-3. I mostly felt bad for these two lovebirds, who were married the same year the Cardinals beat the Yankees in the World Series. How did I know?

Alas, my faith in humanity and the world was restored when I got stuck behind a low-riding, Chevy Impala on the drive back home -- bumping some smooth, Friday R&B tunes as the sun set behind the horizon. Thank you, Florida.