The Derek Jeter Farewell Tour cruised through Milwaukee this weekend as the Brewers played host to the Yankees for a three-game set. Sunday marked the end of that stint so, as is customary with the traditions established by our forefathers, the Brewers presented The Captain with a gift to commemorate his illustrious career and 20 years of MLB service.

Members of the Brewers brass presented Jeter with a bat of bronze as he dapped and hugged his way through the Milwaukee lineup, even taking a second to bond with center fielder Carlos Gomez over the man's beard, dyed pink to promote breast cancer awareness in celebration of Mother's Day.

For those who are wondering what Jeter said to me, "If I had a beard I would do the samething".… http://t.co/NeNF78W0pN

For the purpose of science, we went ahead and generated an image to imagine a tangent reality in which the Yankees permit their players to sport significant amounts of facial hair and artificially color said facial hair according to their own personal taste. 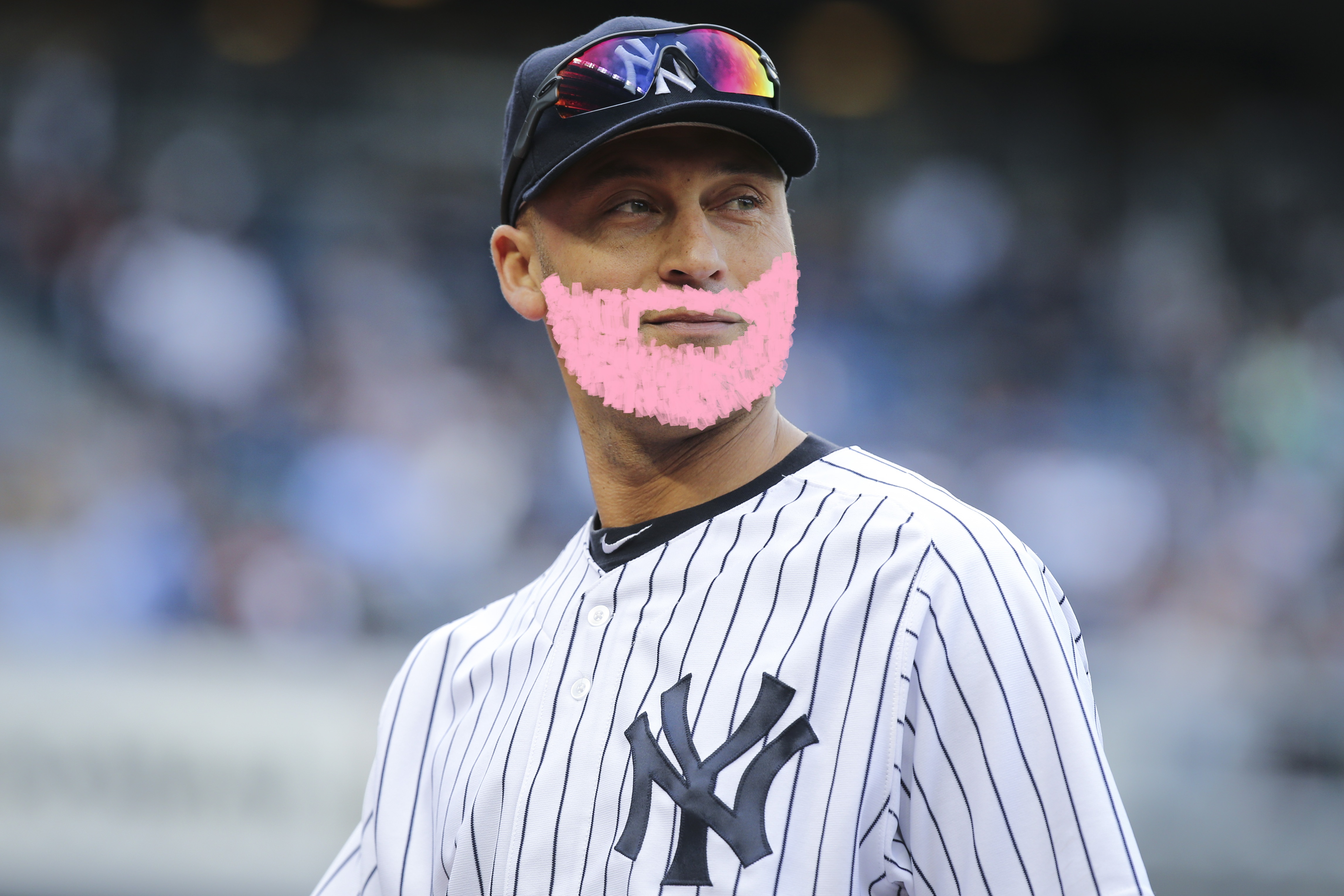 Yeah, it's probably for the best.