The Fall Classic might get dressed up for Halloween

For the first time in MLB history, two teams could bring the same color scheme to the World Series. The San Francisco Giants' official colors are listed as black, orange and cream. The Baltimore Orioles' are orange, black and white. Those teams never have met in a Fall Classic, not even a Jim Palmer vs. Willie Mays matchup back in the day. Good thing it'll be just in time for Halloween. The 110th World Series is scheduled to open on Oct. 21, so a possible Game 7 would happen on Oct. 29, just a few days before everyone's favorite costumed holiday. Perhaps on Friday, Oct. 31, the profusion of orange and black in San Francisco and Baltimore will mean more than just the celebration of candy.

And what about the "new orange" jersey that the Orioles began wearing on Saturdays this season, home and away? The Saturday of the World Series would be Oct. 25, and if it should happen to be at AT&T Park, just imagine seeing those orange jerseys on the same field while the Giants presumably wear their home whites (unless they're tempted to use black alternates). 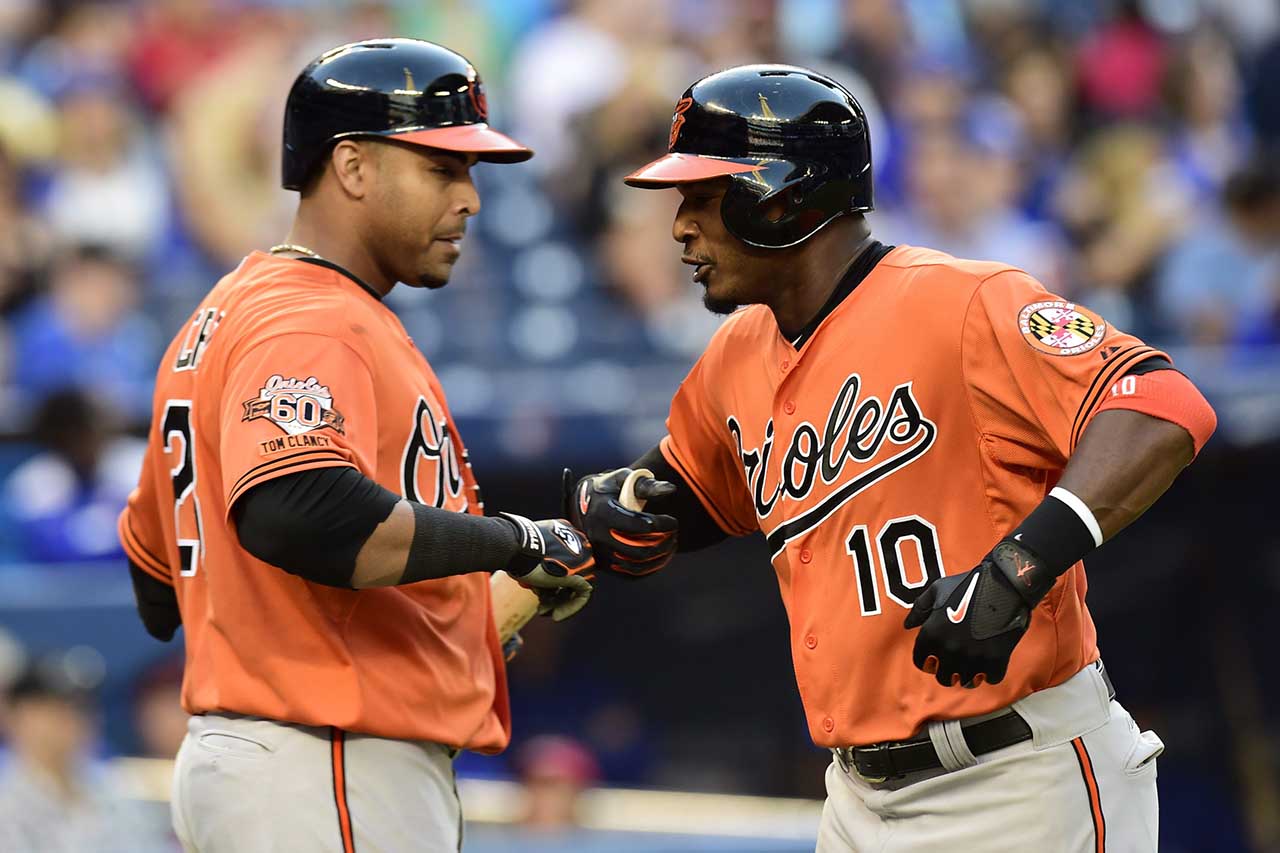 If you're in Missouri and just shaking your head, don't worry. You could have a color-specific series of your own.  People are already excited about the possibility of another I-70 World Series, like in 1985, with the red state/blue state storylines all mapped out.

Should the Cardinals meet the Orioles in the Fall Classic, it would be a 70th-anniversary rematch of the 1944 "Meet Me In St. Louis" Series, because the Orioles were the St. Louis Browns before moving to Baltimore after the 1953 season. Fortunately, the Browns' descendents wear black today, thus making this story entirely possible, and even more tempting than the anticipation of Piper and Queen Vee back at Litchfield.