With the NL West title wrapped up and in their possession, the Dodgers enter Sunday's regular season finale with one thing on their minds: the postseason. With the Divisional Series starting on Friday, Don Mattingly has decided that now is a good time to take a personal day and has installed third baseman Juan Uribe in his stead.

Since each manager has a different style of doing things, how should we expect Uribe's Dodgers to differ from Mattingly's? Here are five likely rules that the third baseman will put in place:

1. There will be a strict dress code of "couture casual."

2. Every player must use jazz hands after hitting the ball. NO EXCEPTIONS.

3. Dodger Stadium organist Nancy Bea will be required to use the ukele for all in-game entertainment.

4. There will be a brief moment before the game to think deeply and ruminate on the nature of existence. 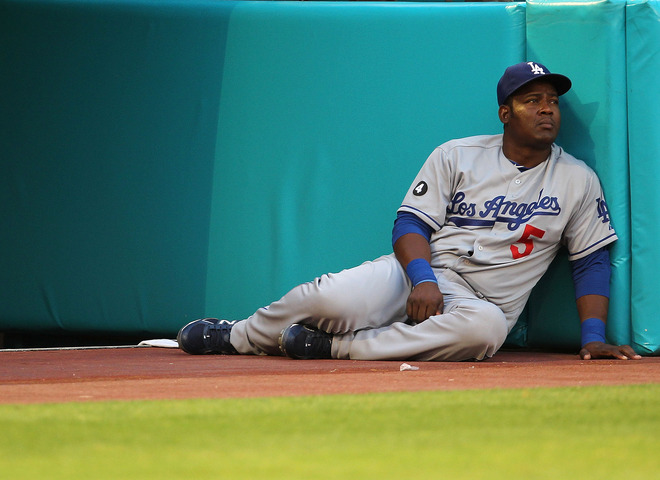