'Foltynewicz' vs. 'DeSclafani': Which 2015 pitching matchups are worth the most in Scrabble?

Putting a Scrabble value to Foltynewicz-DeSclafani

Tuesday night is a special night for logophiles (lovers of words, of course), because Tuesday night's Braves-Reds game features one of the most fun pitching matchups, on purely a last-name basis, of the season.

The mouthful pitching duo of Mike Foltynewicz and Anthony DeSclafani face off for the second time this season (the first was on May 1), and while boasting an impressive number of syllables, the rookie matchup also has an intimidating Scrabble score. Yes, Scrabble score, because that is how we evaluate these sorts of things.

If we attribute the official Scrabble tile values to the letters in Foltynewicz (31 points) and DeSclafani (16 points), we get a total 47 points. In fact, Foltynewicz might have the highest Scrabble total of any MLB starter this season.

But! If you believe it, Foltynewicz vs. DeSclafani isn't the single highest scoring matchup of the night. It is tied with the Royals-Rangers game that pits Edinson Volquez (28) against Nick Martinez (19), also totaling 47 points. And, for the sake of being thorough: The evening's hyped-for-actual-baseball-reasons matchup of Noah Syndergaard (17) versus Jake Arrieta (7) totals a modest 24 points.

So what are a few of the other highest-scoring pitching duels of 2015? We're so glad you asked. That 54 point total seems whopping, but this matchup comes with a caveat -- by official Scrabble rules, there is only one "Z" tile. Gonzalez and Odorizzi could spell their respective last names using a blank tile for the second "Z," but blank tiles do not carry a point value. So if we want to be sticklers, Gonzalez's true point total is 17 and Odorizzi's is 17, giving O's-Rays a lower but still respectable score of 34. If we really wanted to be jerks, we could only let one of them count the "Z", but we won't do that. Shark gives Folty a run for his Scrabble money. 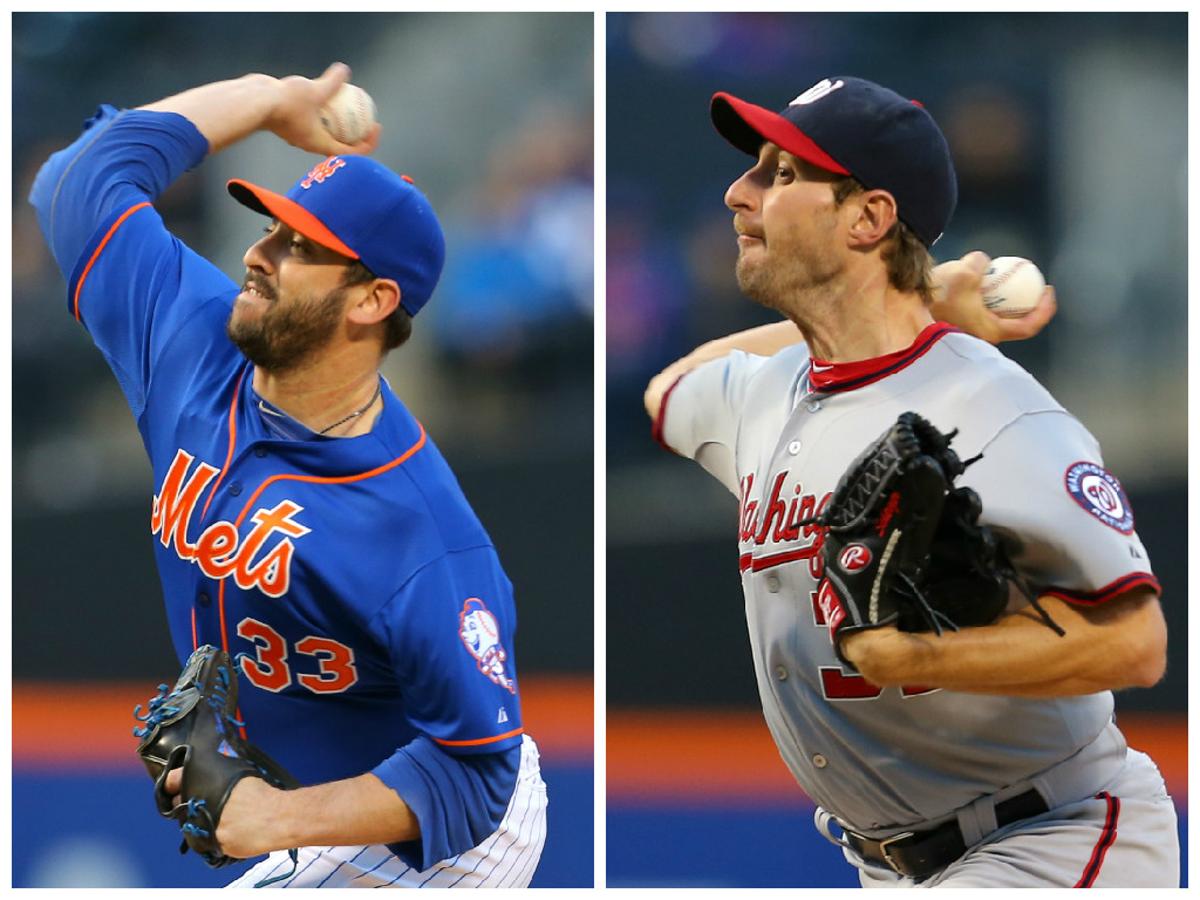 Special admiration should be given to tonight's Foltynewicz-DeSclafani matchup for scoring 47 points while tallying letters within the official Scrabble tile count.

April 29 had Jimenez, Samardzija, Hernandez and Rodriguez all pitching at once. Wowza.

The "Z"-rich rotations of Baltimore (Jimenez and Gonzalez) and the Nationals (Jordan Zimmermann, Gio Gonzalez and Scherzer) are formidable.

So, did we miss any matchups? What other MLB pitchers enjoy an embarrassment of Scrabble-point riches? Let us know in the comments below.