Michael "King" Kelly was born on Dec. 31, 1857, because if 1858 was going to get Teddy Roosevelt, then by gosh, '57 was going to have Kelly. Sure, Roosevelt also possessed a majestic mustache, but did he rise above his humble circumstances to become baseball's first superstar?

Kelly rose from the 19th century job of "orphan who carries buckets of coal through a factory" to become the "Ten Thousand Dollar Beauty," a nickname given to him upon his record-setting contract with the Boston Beaneaters. As you may have guessed, the contract was worth $10,000. And the beauty part? That's also pretty self-explanatory: 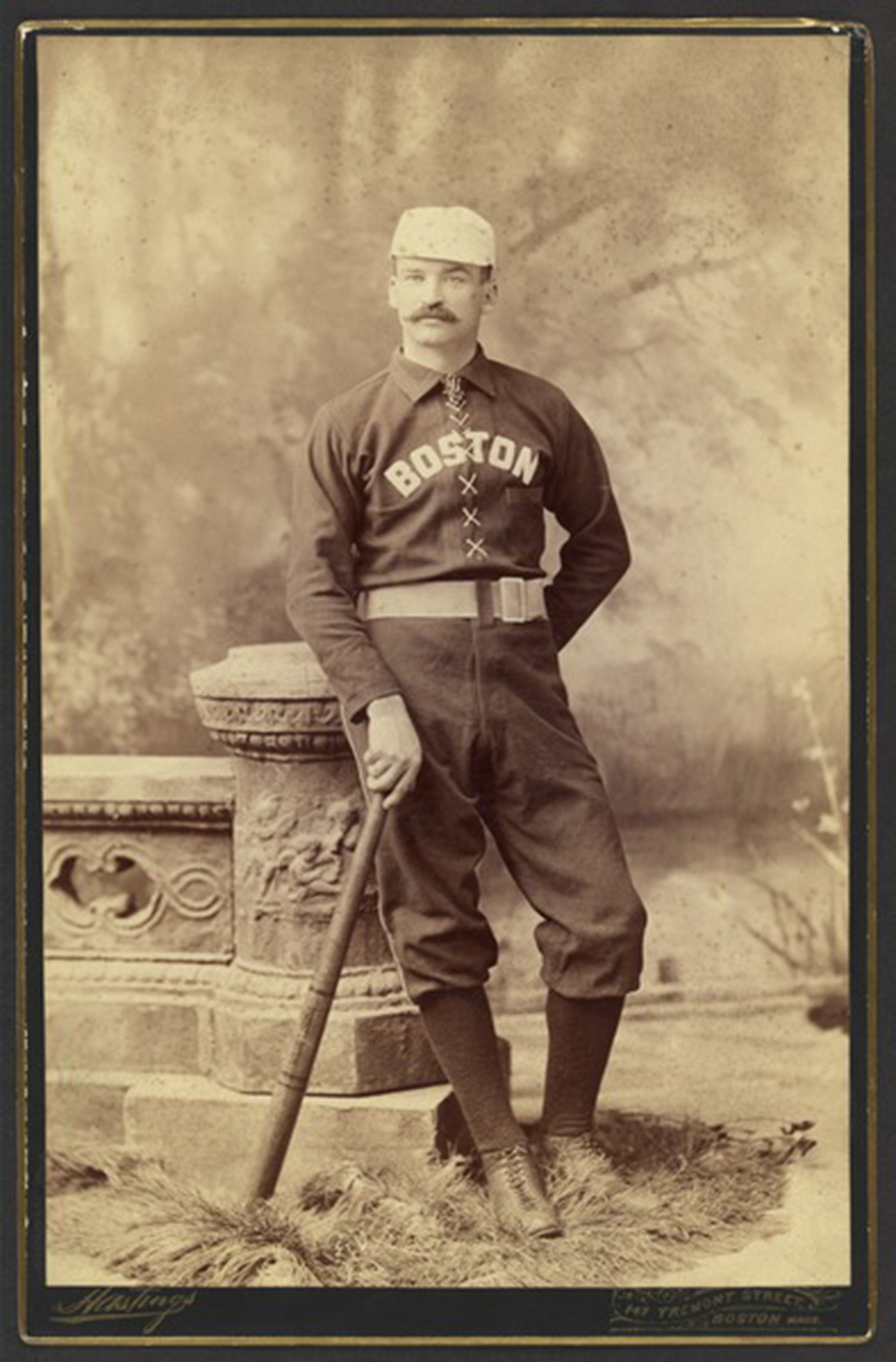 Kelly was a baseball innovator who, according to the New York Times, "ran bases with Judgement" (and we're assuming it's the biblical kind). He's credited with inventing the hit-and-run and the double steal, and he was into the defensive shift before it was cool.

He was also baseball's first crossover star. Yes, before Ken Griffey Jr. was dropping a beat, Kelly was the inspiration for one of America's first pop hits:

It sold millions of copies … in sheet music.

But he didn't stop there. He was also a vaudeville star, performing small comedy roles and reciting "Casey at the Bat" to great acclaim. Eat your heart out, Adam Dunn. Jeter, he beat you to the punch too -- in 1888, he published the first memoir by a ballplayer, Play Ball: Stories of the Ball Field.

Kelly's magnificent life was cut short at 36 by a nasty bout with pneumonia. According to SABR:

...when Kelly came to the hospital the stretcher carrying him slipped to the floor, and he said, "This is my last slide."

Happy 157th birthday to my hero and yours, Mike Kelly, "King" of the Baseball Frontier.