Today is Presidents Day, which is a great opportunity to reflect on the relationship America's chief executives have had to the national pastime, stretching back to William Howard Taft's first presidential ceremonial first pitch.

So here's a simple question: Who did our recent presidents grow up rooting for? The answers aren't as obvious as you might think: Our current president got his political start representing the South Side of Chicago in the Illinois State Senate. He's steadfast in his support of the White Sox, even when tossing a first pitch at a Nationals game. But as a kid growing up in Hawaii, his allegiances lay elsewhere -- with the Oakland Athletics, who won three consecutive World Series right after Obama and his mother returned to the U.S. from Indonesia in the early '70s. Bush has the distinction of being the only president to have once been the managing partner of an MLB team, a role he held with the Rangers from 1989-94 until being elected governor of Texas. The Rangers didn't exist until 1972, so growing up partially in Houston, he rooted for the team that was founded 10 years before that: the Houston Colt .45s, which were soon renamed the Astros. Bush has attended many Rangers games in his post-presidency, but his connection to the Astros remains -- he has a commemorative brick at Minute Maid Park. 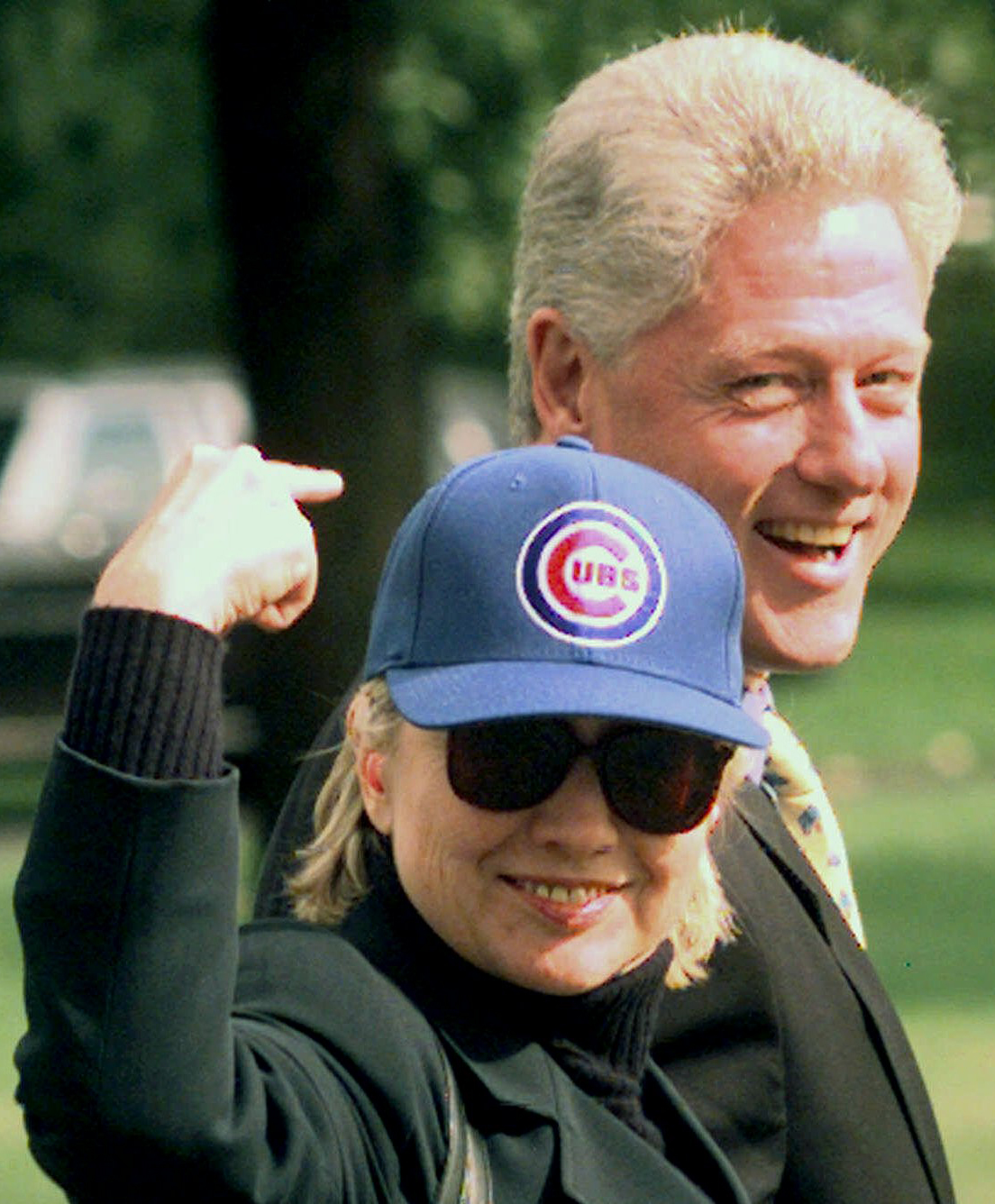 Growing up in Arkansas, Clinton would listen to Harry Caray announce Cardinals games on the radio and sometimes rode the train to Missouri to see the team play at Sportsman's Park. Last year he told St. Louis Magazine that he still roots for the Redbirds, and he also held an exhibit of Cardinals memorabilia at his Presidential Library. However, he's also stated that at one point he'd shifted his support to St. Louis' arch-rivals, the Cubs. Why? His marriage to Illinois native Hillary Rodham. The elder Bush grew up in Connecticut attending both Giants games in New York and Red Sox games in Boston, but ultimately became a Sox fan because of Ted Williams. According to his former speechwriter Curt Smith, he still is one, although he and wife Barbara are also frequent presences at Astros games, where Barbara has been known to keep score. Bush also had a playing career at Yale, which included facing Vin Scully and led the baseball card you see above to be produced by Topps in 1990. Because it was only distributed to his staff, it's one of recent history's rarest and most valuable cards. One of Reagan's first jobs was working as a radio announcer for WHO in Des Moines, Iowa. One of his responsibilities was broadcasting "play-by-play" of Cubs games that he created with only a telegraph feed of each game's events to inform him. And his Cubs connection, in fact, led to his Hollywood career -- he took his first screen test in 1937 while in California to cover Cubs Spring Training. And while he went on to become governor of California, his allegiance to Chicago didn't waver -- as late as 1998, the entire Reagan family was still rooting for them in the postseason, according to his daughter Maureen. In his memoir Sharing Good Times, Carter explained how he grew up in a baseball-crazed family in Georgia. The South was devoid of MLB then, so his parents would take annual trips north to watch games for a week, in a different MLB city each time. His mother became a lifetime fan of the Dodgers after they signed Jackie Robinson, but Carter himself didn't choose a favorite team until he was stationed at a Naval base in Connecticut in 1951. He would watch every Yankees game on the new medium of TV that he could, while his wife Rosalynn would watch every single one. When the Braves moved from Milwaukee to Atlanta in 1966, the Carters switched to their new hometown team, and have been fervent fans ever since. When Francisco Cabrera won the 1992 NLCS with a walkoff single, Carter ran onto the field in the celebration to congratulate him.