Jack White is at Tigers Spring Training, and he's actually visibly happy about it

Jack White remembers only one thing about Spring Training when he was a kid growing up in Detroit -- he always wanted to go, but his family couldn't afford to attend.

Now, as an adult and Grammy-award winning musician, not only can White afford to attend Spring Training, but he's also kind of the center of attention when he's there.

"Everyone always talked about one day going down (to Florida), but nobody ever did," White said. "We were from a neighborhood where you couldn't afford to do that. I never went on vacation once in my childhood. So this is great to finally have a chance."

White was front and center at Tigers batting practice Thursday afternoon in Lakeland, Fla., looking very much like any old Joe Fan, all the way down to the No. 3 Alan Trammell jersey he wore. Over the course of 40 minutes or so, White had exchanged pleasantries with a slew of famous Tigers, including Trammell: 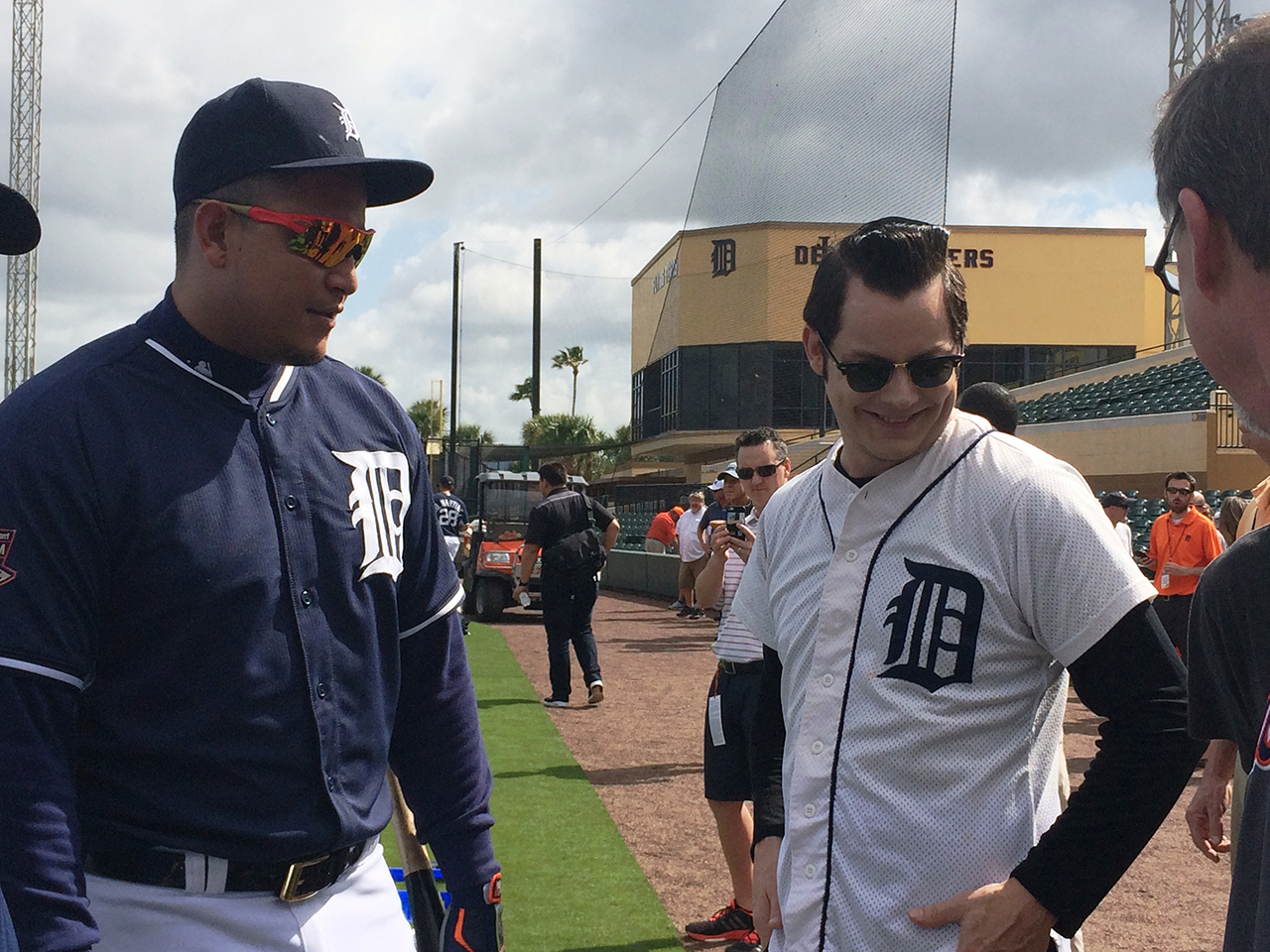 "What I want to know is when we're going to jam," Leyland said to him.

White isn't a stranger to Tigers batting practice. He was spotted there during the 2012 World Series in Detroit, and he's thrown out his fair share of ceremonial first pitches. But Spring Training is special, especially Tigers Spring Training, which is teeming with superstars, past and present, everywhere you look.

"It's a great day to meet Alan Trammell, finally," White said. "My childhood hero. This is an Alan Trammell jersey that was bought for me as a present, so it was great to get to have a picture taken with him while I'm wearing it."