On Sunday night, Jake Arrieta struck out 12 Dodgers in his first career no-hitter. But perhaps more impressive than that was the fresh sleep attire Arrieta wore to the postgame press conference.

See, Sunday was travel day for the Cubbies and anyone who knows Joe Maddon knows that his teams travel in (themed) style. The Cubs manager requested that his team wear their comfiest, most festive sleepwear for the flight back to Chicago and the guys delivered, rocking Ninja Turtle onesies and camouflage PJs.

#Cubs in their pajamas pic.twitter.com/EdwdD2VKs3 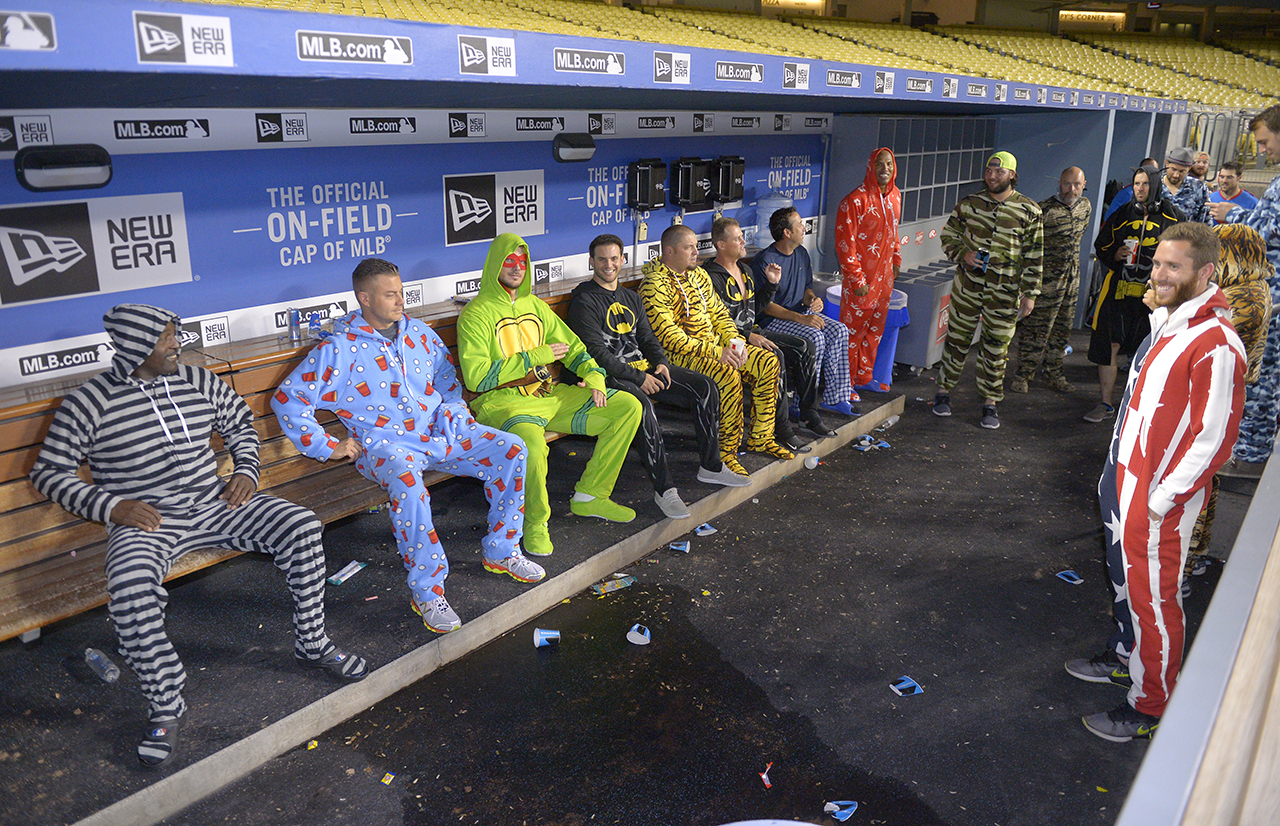 Arrieta had been close to a no-hitter before (a few times, actually). But this was the first time he managed to go the distance.

And it happened because his stuff was as nasty as it's ever been:

Arrieta's pajamas of choice were of the onesie persuasion and patterned with handlebar mustaches (like the one that used to be on his face).

And, yes, they had a flap in the back.

Truth be told, Arrieta's wardrobe choice wasn't all that different from what some of the stars were wearing at the MTV VMAs. And while Arrieta didn't announce his presidential candidacy for the 2020 election and drop the mic in front of a room filled with the most talented musical performers alive, he did strike out 12 Dodgers, throw a no-hitter and address the media in mustache pajamas with a butt flap.

Doesn't get much more baller than that.