A marine was set on meeting A-Rod, so he came prepared with a sign (it worked)

Marine and his son bring sign to meet A-Rod

Many people look at baseball players as heroic figures. However, none of them even come close to brave men and women protecting our country.

On July 1, former Gunnery Sergeant Roy McDaniel was at Angel Stadium to take in a baseball game with his son, Deven and Deven's best friend, Charlie. Sergeant McDaniel was a lifelong Cubs fan growing up in Chicago, but has always admired the way that Alex Rodriguez had played the game. He even made a sign the night before hoping that the Yankees slugger might find his way over to him. "Ever since he made his debut in Seattle two decades ago, he has been one of my favorite players," McDaniel explained.

After serving in the Marines for the last 13 years in active duty and two deployments to Afghanistan, Roy was honorably discharged after he was injured and was forced to get neck and hip surgery. Since the surgery in 2014, mobility has been more of a challenge for him. The Angels allowed the three to get as close to the field as possible for the best chance to meet the New York designated hitter. Just as batting practice was winding down, Rodriguez was alerted to their presence -- he promptly ended his current conversation and sprinted over to where they were. The trio was in for a memorable experience. 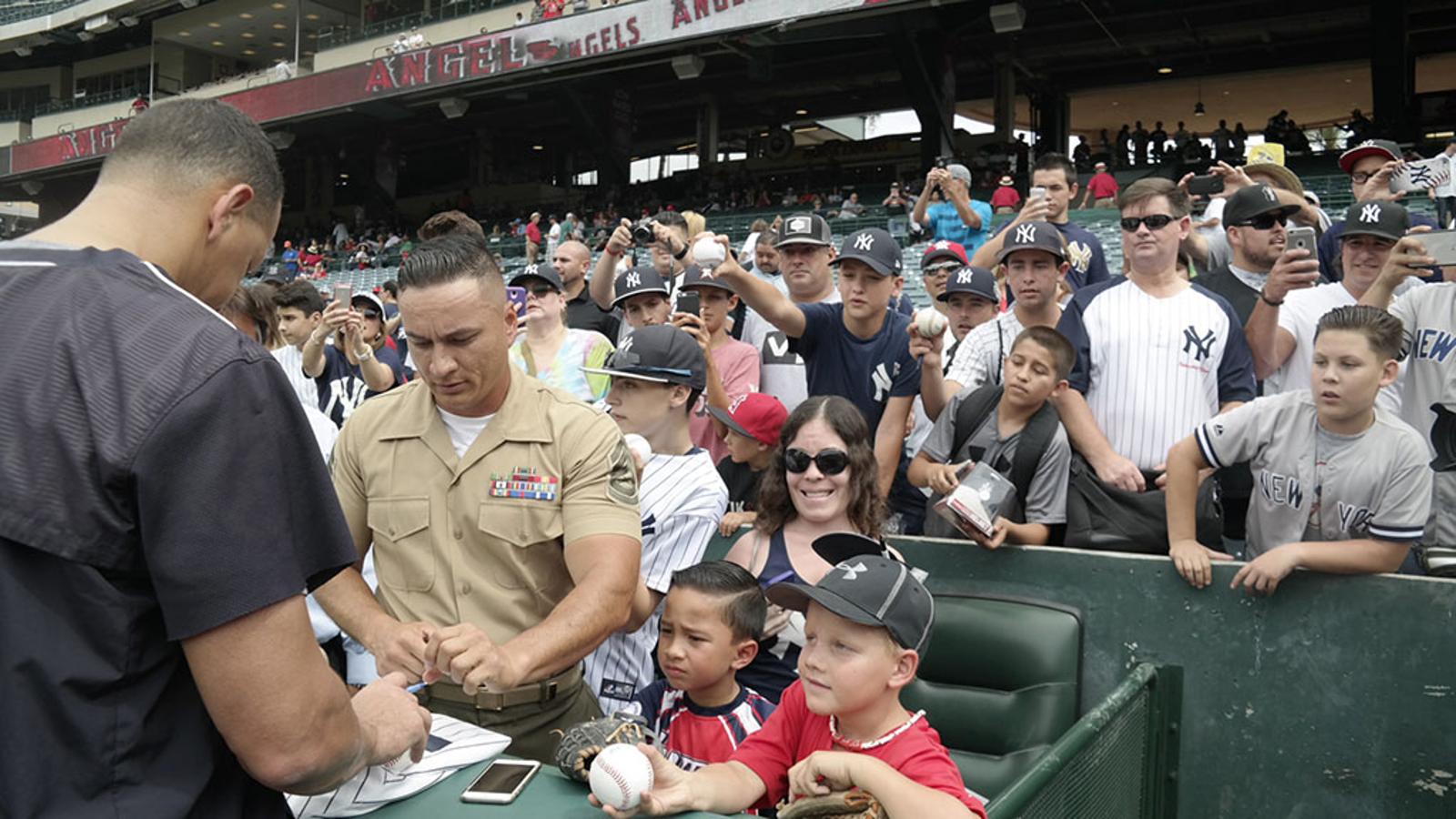 After being introduced to McDaniel, A-Rod gave him a handshake and thanked him for his years of service to the country. "He told me 'Thank you for your duty and all you have done for the country.'"

Rodriguez autographed the former Marine's sign and several baseballs for all three of them. After posing for a picture, A-Rod went off back to the clubhouse to prepare for that evening's game. 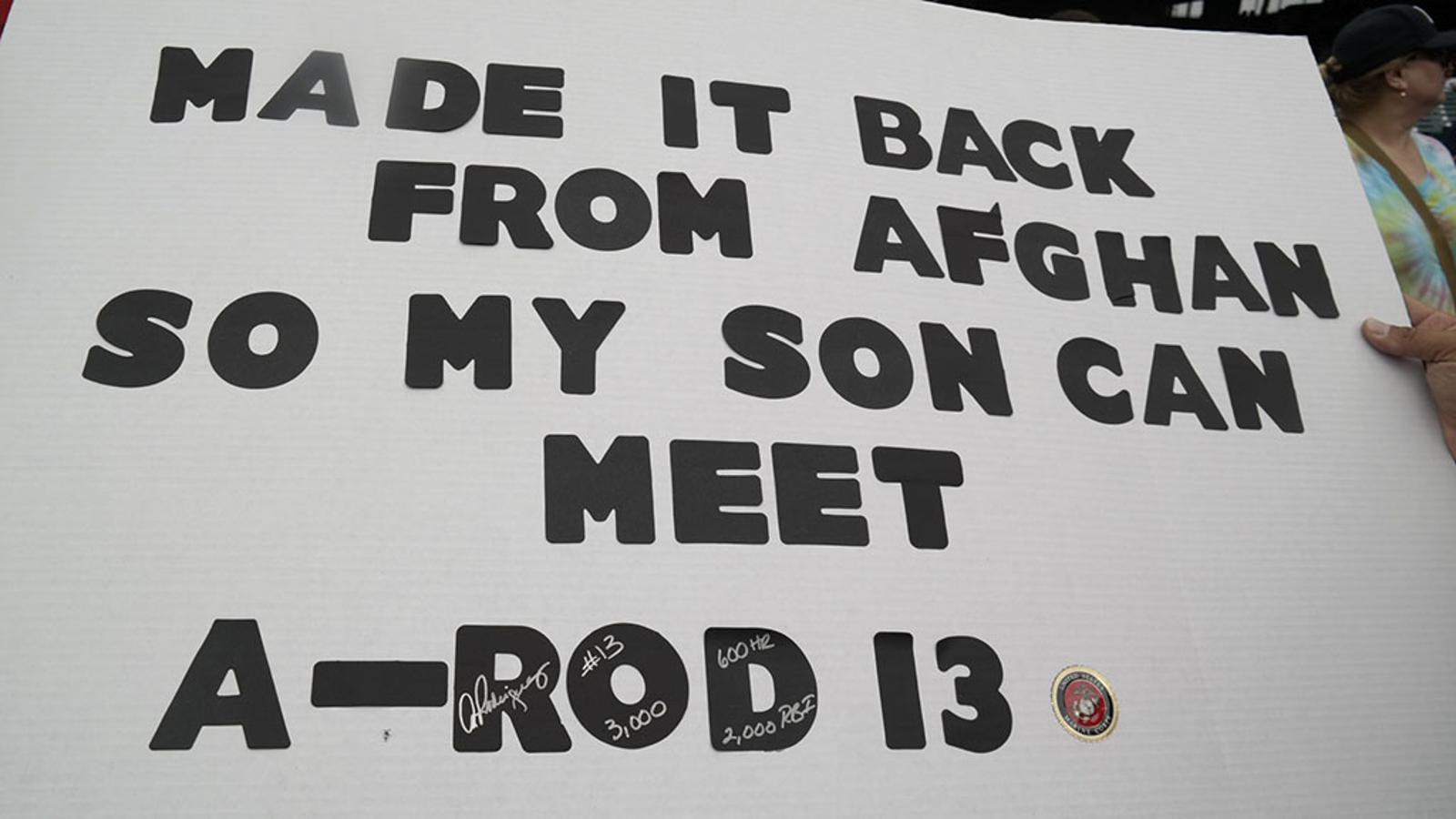 "That was amazing," Roy said. And both Deven and Charlie were in shock that they got a chance to meet Rodriguez.

It seemed like heroes got to meet their own hero that day.