Janet Moredo Mendinmeuta is an umpire at Cuba's highest level of baseball. Sarah Hudek just got a baseball scholarship to pitch for a school in Louisiana. Mo'ne Davis is still the reigning AP Female Athlete of the Year for her exploits at the Little League World Series. Jessica Mendoza called Sunday Night Baseball games on ESPN. French shortstop Melissa Mayeaux has been added to the MLB international registration list and can hit the cover off the ball. And now, the Mariners have hired a full-time female scout.

The Mariners have announced that they've hired Amanda Hopkins as a scout in the "Four Corners" area of Arizona, Colorado, New Mexico and Utah. Hopkins is just 22, but she's lived a baseball life: She played four years of softball at Central Washington University where she served as team captain.

Oh, and her dad is Ron Hopkins, an assistant to the general manager for the Pirates. He's a longtime MLB scout who previously served as Director of Scouting for the Rangers from 2004-09, seen here (on the right) after the team drafted Justin Smoak with the 11th pick in the 2008 MLB Draft: 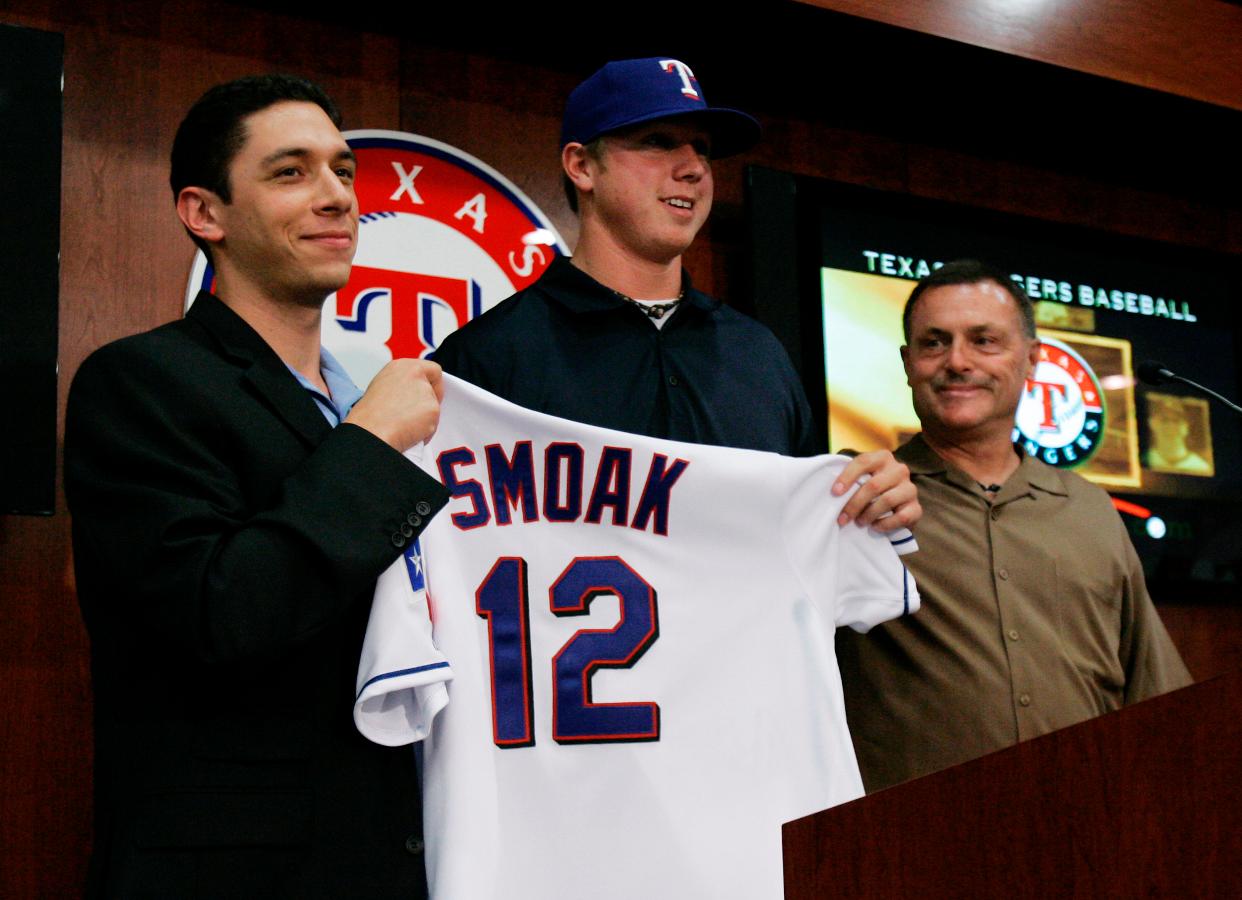 The younger Hopkins was interning with the Mariners' scouting department for the last three summers during her time off from CWU.

"We sent her to scout school and she ranked pretty high in the class," Mariners scouting director Tom McNamara told MLB.com. "When I called to tell her we'd nominated her for scout school, she was in tears on the phone, literally in tears. It was kind of chilling. It meant a lot to her."

The Mariners believe that Hopkins is the first full-time female scout in MLB since Edith Houghton and Bessie Largent held the job in the mid-20th century. Houghton worked for the Phillies and Largent -- who, with her husband, was one of the most notable scouting duos in the game back then -- helped sign Hall of Famer Luke Appling for the White Sox in 1930.