Age, Weight and Scrabble Score: Breaking down the World Series teams by the numbers

Breaking down the World Series teams by the numbers

There are many, many ways to analyze the upcoming World Series matchup between the Mets and the Royals. And until Tuesday's first pitch at Kauffman Stadium (air time 7:30 p.m. ET; game time 8 p.m. on FOX), there will indeed be countless analyses rendered, statistics calculated, advantages drawn and predictions predicted. Some will watch hours of film, some will dig through scouting reports, others will ask a psychic.

For this particular look at the Series, we considered the information right in front of us: The team rosters. While the exact World Series rosters haven't been set in stone, we used the teams' Championship Series rosters to give us a sense of what kind of squads were dealing with here. What do any of these numbers tell us? Who knows.

But in the interest of having as much information as you could possibly want about these two World Series teams, check out our breakdown by-the-numbers below. 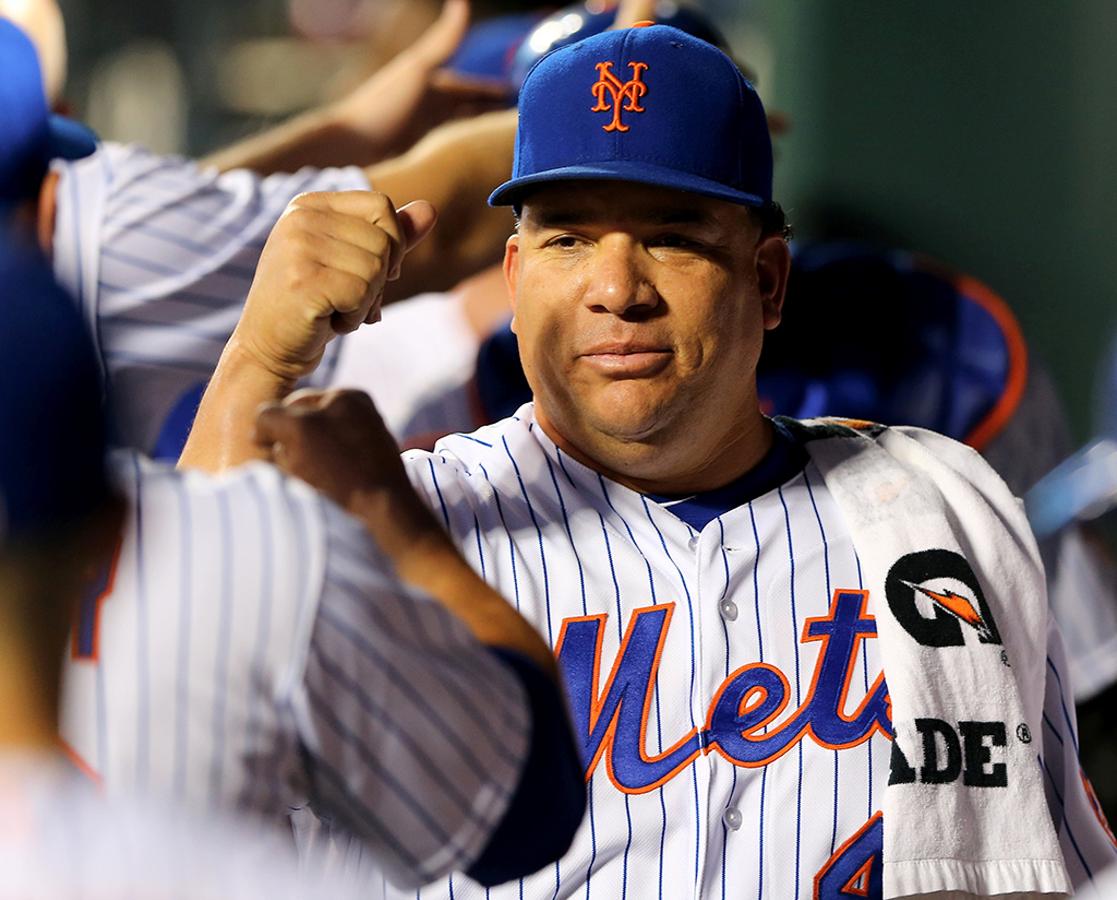 You might think, with the Mets' seemingly endless bevy of young pitchers, that New York would be the far younger team in the World Series. And they are younger, but not by much. It was just last year when the Royals were the young upstarts, after all, so when we say they're the older team with an average age of 29, "older" is a relative term. Meanwhile, the Mets are just one year younger, on average.

1. With Bartolo Colon (42 years old) and Michael Conforto (22 years old), the Mets have both the oldest and youngest players in the World Series. 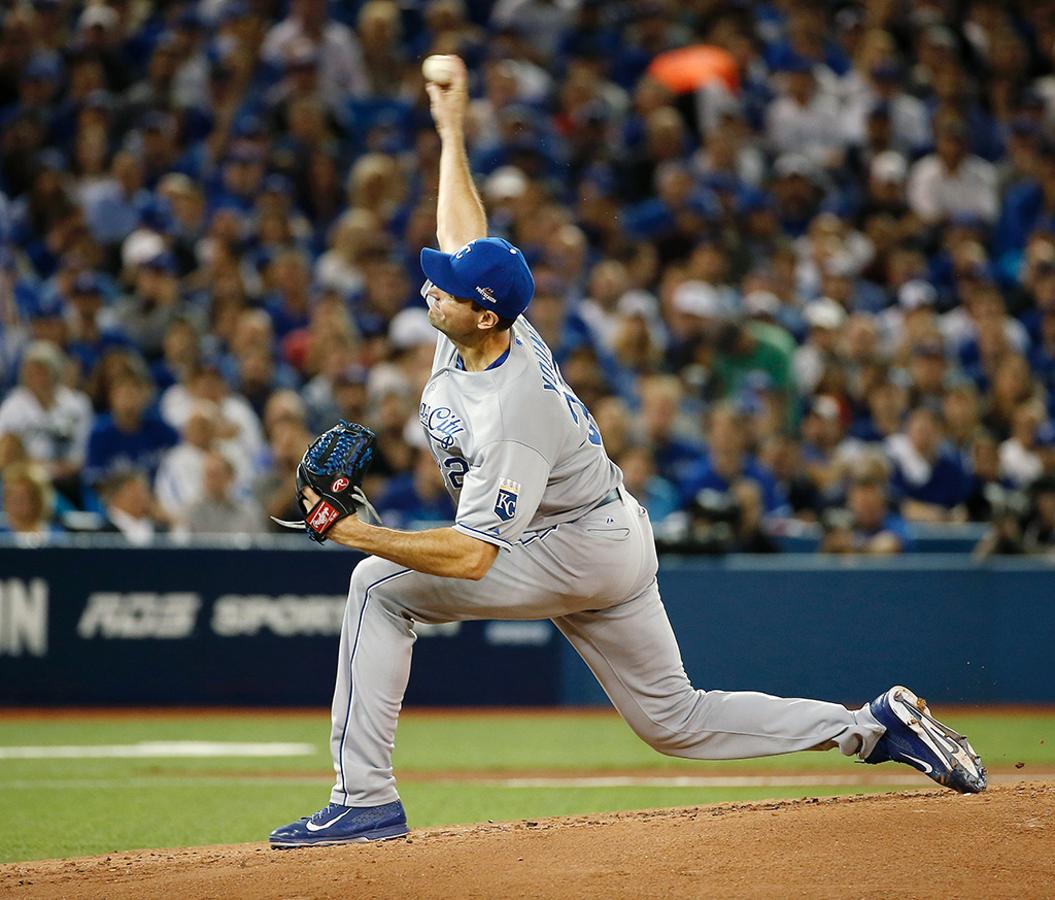 Again, the two teams are pretty evenly matched, but the Mets are just a bit bigger. New York's average height of 6-foot-2 is only an inch taller than the Royals' 6-foot-1, but the Metropolitans do have a nine-pound advantage (216 versus 207).

This time it's the Royals who boast the extremes: At 6-foot-10, pitcher Chris Young is by far the tallest World Series participant, while pinch-runner extraordinaire Terrance Gore is over a foot shorter at a Jose Altuve-esque 5-foot-7.

The Mets' pitchers are very slightly more left-handed, with three southpaws out of 11 total. The Royals, on the other hand, only have two lefties. But the teams are pretty much dead even, depending how you count it up. The Mets have an eight-to-six righty-to-lefty batter ratio (not counting pitchers). The Royals also have eight right-handed hitters, but only four lefties -- Ben Zobrist and Kendrys Morales are listed as switch-hitters, which feels like cheating but we'll count them as lefties for the sake of equity.

Well folks, looks like we got ourselves a classic hitting versus pitching matchup.

Of the top 10 longest home runs hit through the first three rounds of the postseason, the Royals had three: Eric Hosmer's 452-footer in the ALDS was the second-longest, while Morales had the sixth-and 10th-longest. On the opposite side, Yoenis Cespedes had the longest dinger for the Mets, the 12th-longest of October.

The fastest pitch leaderboard is the opposite: The Mets' Noah Syndergaard dominates the Statcast leaderboard (five of the 10 fastest are Syndergaard four-seamers), while Kelvin Herrera is the first Royal at No. 14. Though they're both lucky Arodlis Chapman wasn't around in the postseason. 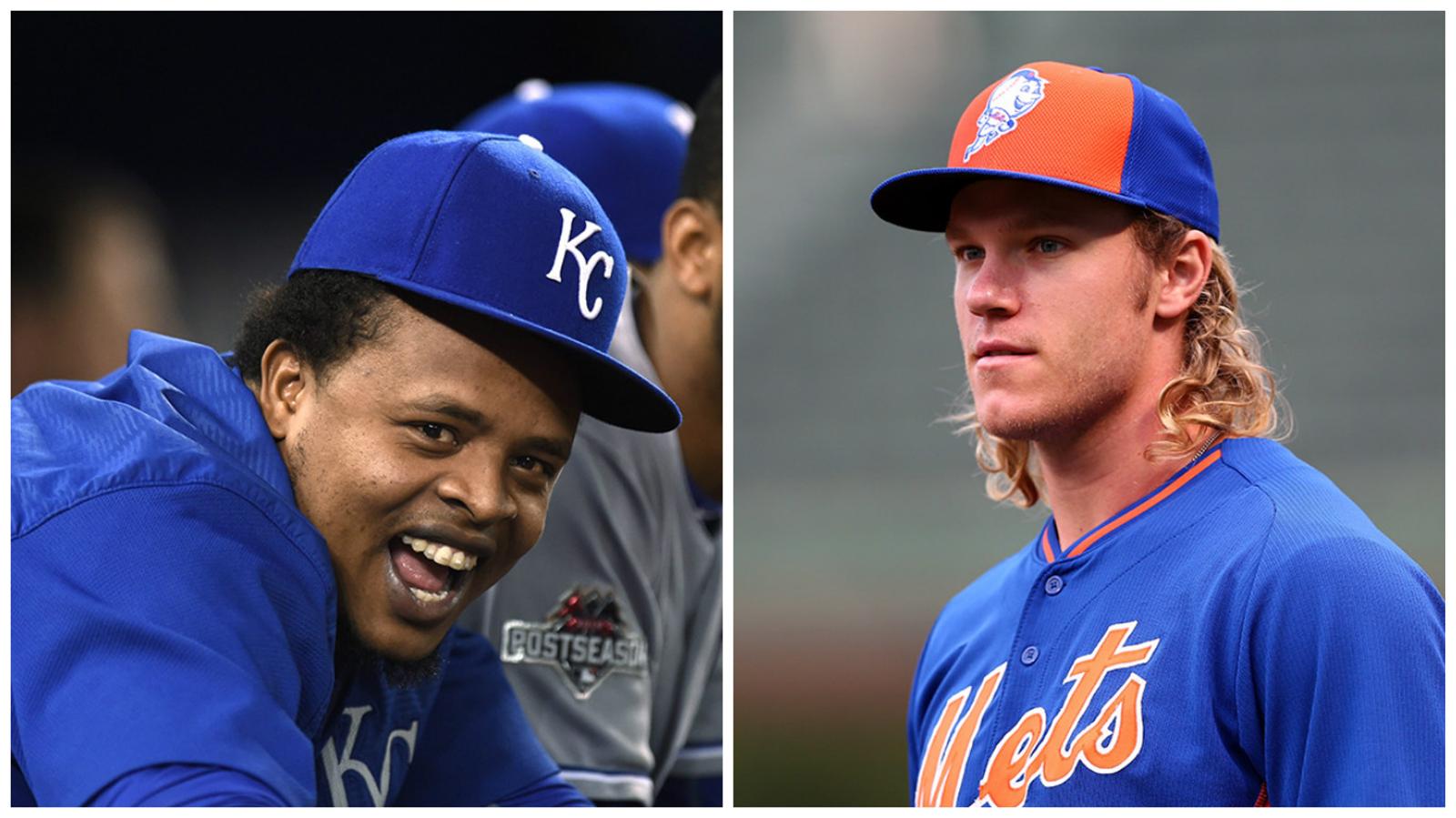 Ah yes, the most illuminating of stats. Ignoring Scrabble's No Proper Nouns rule for a moment, which team would do best if it could only use player last names as words?

The Mets have the best collective average, with a 299-point total and 12-point player average, but the Royals' Edinson Volquez would dominate in a game of Scrabble, if it took place in an alternate reality where MLB players were like Pokemon and the only words they knew were their names. His 29 points are 10 higher than the runners up, a tie between Kevin Plawecki and Luke Hochevar.

And who knows, maybe we'll see Volquez face off with Syndergaard (17 points) and enjoy the 46-point matchup.