The Mets are in the World Series, and New York is on its head.

These things don't happen here, but that was the scene on Monday afternoon, when hundreds of baseball fans from around Long Island turned Mineola, NY into Mets Town, USA at a pre-World Series rally hosted by Nassau County Executive Ed Mangano. The diehards in attendance spanned generations, featuring fans of all ages. They brought plenty of signs and snapped photos with Mets legends, including Doc Gooden, Ed Kranepool and Art Shamsky. But arguably the biggest cheer of the night came when Mangano took the podium to celebrate a current Amazin' -- Daniel Murphy, who one politically minded fan's sign even supported for mayor. The good times are here, and they're certainly rolling. "It's cool to be a Mets fan again," said Michael Raimo, of Islip, N.Y.

"I told myself if they ever clinched again, I would be there," said Shawn Manusama, of Merrick, N.Y. Manusama was 1 year old when the Mets last won a championship in 1986. He brought his two young children to the rally. They are fans of David Wright and Jacob deGrom. To conclude the 40-minute rally, officials lit up the legislative building's dome orange and blue, just as the Empire State Building is about 20 miles away.

"It's about all you guys who suffered the last few years," Shamsky said as those in attendance shouted his name. "It's going to happen now." 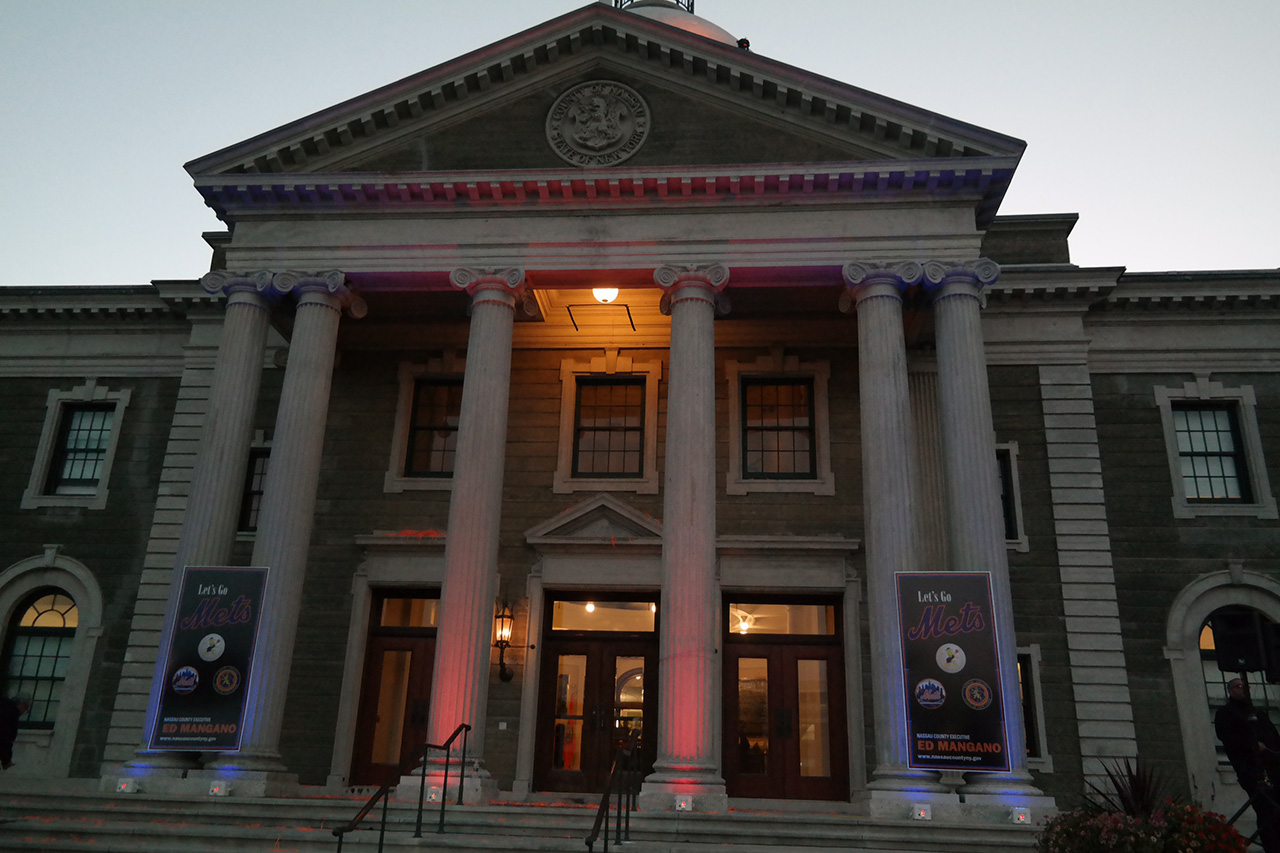