An obvious imposter tried to pose as a beardless Mike Napoli in the Red Sox dugout... right?

An imposter tried to pose as a beardless Mike Napoli

For nearly two years, Mike Napoli has been defined (and possibly powered by) by his thick, woodsy magical beard.

I mean, sure, his home runs, pitches per plate appearance and forearms were impressive: 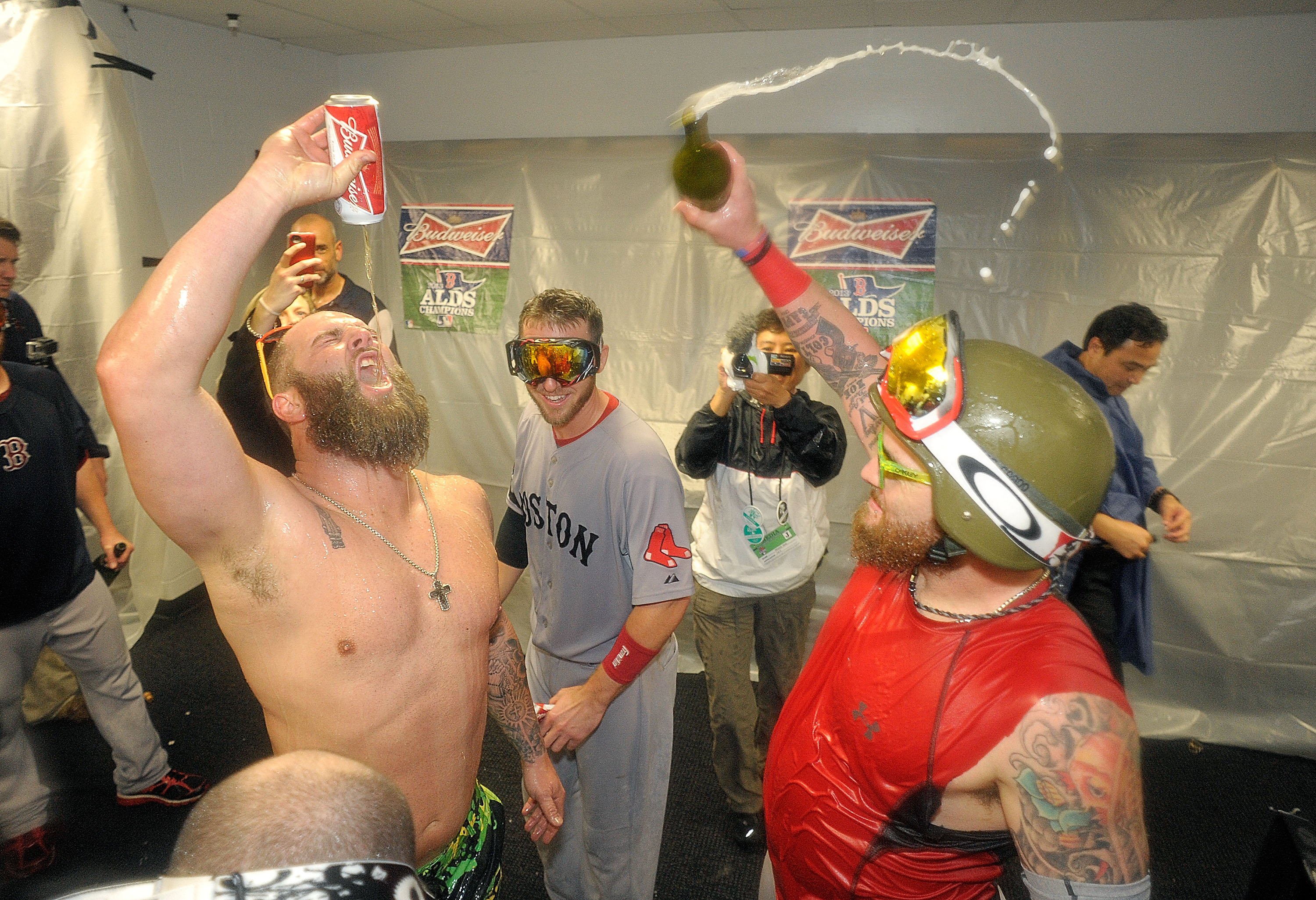 But his beard was the soul. For a team that was defined by their beards during their 2013 World Series run, Mike Napoli's was like the sun at the center of the universe -- it provided warmth and light for all the other beards.

And now it's gone. Napoli, or someone trying to look like Napoli was in the Red Sox dugout on Wednesday night. This imposter clearly didn't do a very good job as they don't even look alike. On the left is that dude you knew in college who was always telling you about the time he met Adam Duritz from Counting Crows and on the right is the bearded champion we know as Mike Napoli.

Which is why I think these are the three most likely answers:

1. Napoli secretly has a beardless twin brother who took his place on the team because Mike really wanted see Bruce Hornsby play at the Wilbur Theatre.

2. Aliens have abducted Napoli and sent a computer hologram in his stead. But while the aliens have the technology to not only travel to earth and create realistic computer holograms, they lack the ability to duplicate facial hair.

3. Napoli accidentally shaved his beard while sleepwalking during a dream that he was fighting a gaggle of grizzly bears.

Because if this is Mike Napoli and he has shaved his beard, not only will I spend the rest of the night weeping, but where is he going to hide his buried treasure?