A few days ago, we gave you a list of suggestions of ways to make Saturday's nostalgic Tim Hudson-Barry Zito matchup feel as much like the early 2000s as possible. But there's one thing we overlooked -- footwear. 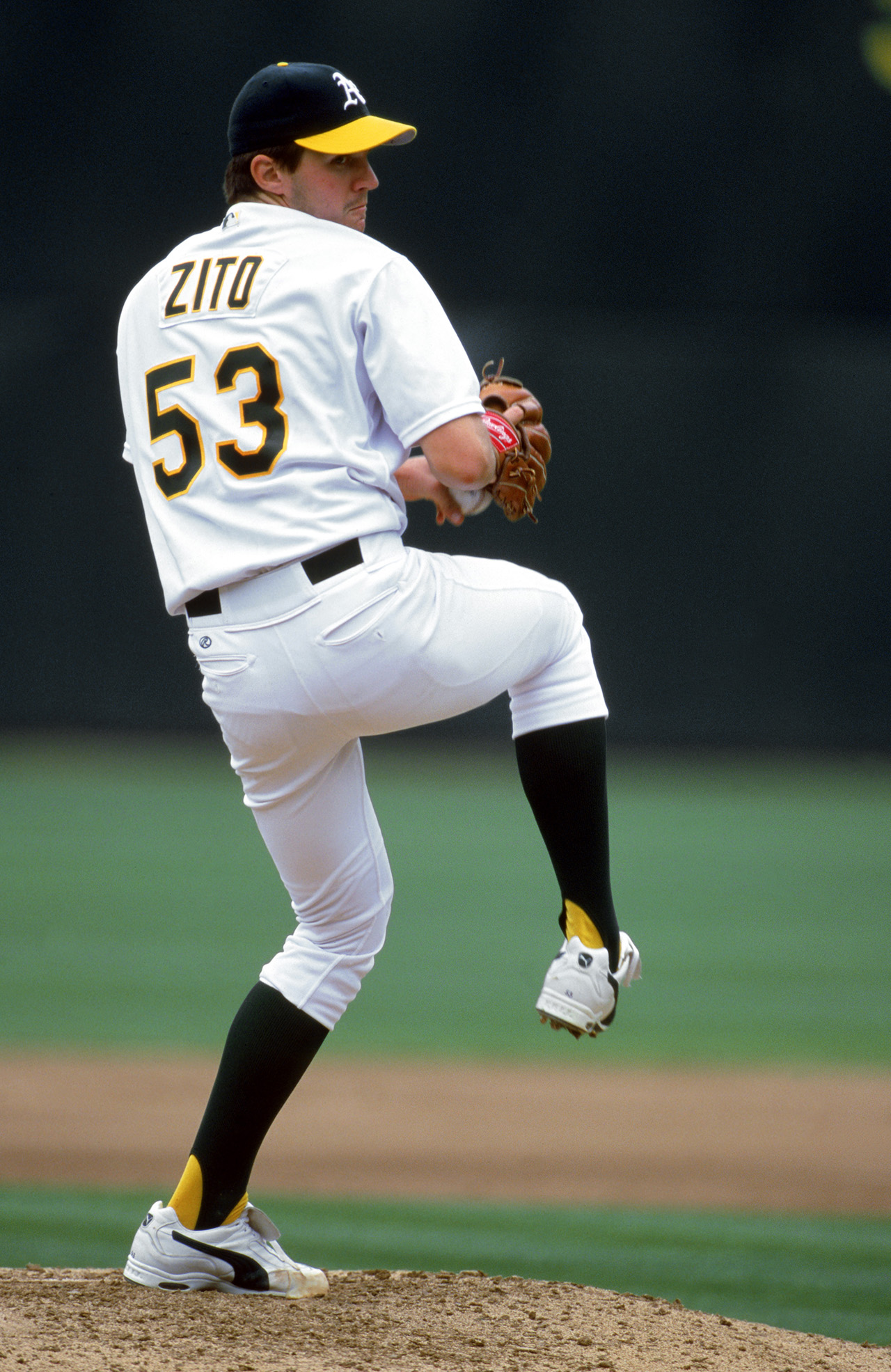 And here's how he looked in 2013, the last year he pitched for the Giants: The uniforms and the haircuts might be different, but one thing remains the same -- the socks. The glorious, glorious high socks.

Fortunately, the A's didn't forget, and the entire team left its low cuffs behind on Saturday in honor of Zito's return to the mound:

But Zito's not the only one who got a sartorial tribute. The Giants all wore Tim Hudson's number during warmups:

That's not all. Hudson's road trip apparel is what you might call "predictable," so his teammates decided to make it really hard to figure out which one of them was the real Huddy:

It's impossible to tell!