What is lurking in right field and why is Delmon Young so afraid of it?

What is Delmon Young so afraid of?

During Thursday night's Orioles-Yankees game, Delmon Young was just minding his business in right field. But then, in the bottom of the third inning, Young noticed something different in the air: What did Young see approaching? What eldritch horror lurked just out of frame?

Was it a pack of raptors? Did Young see them rapidly chew through the entire infield before racing his way? 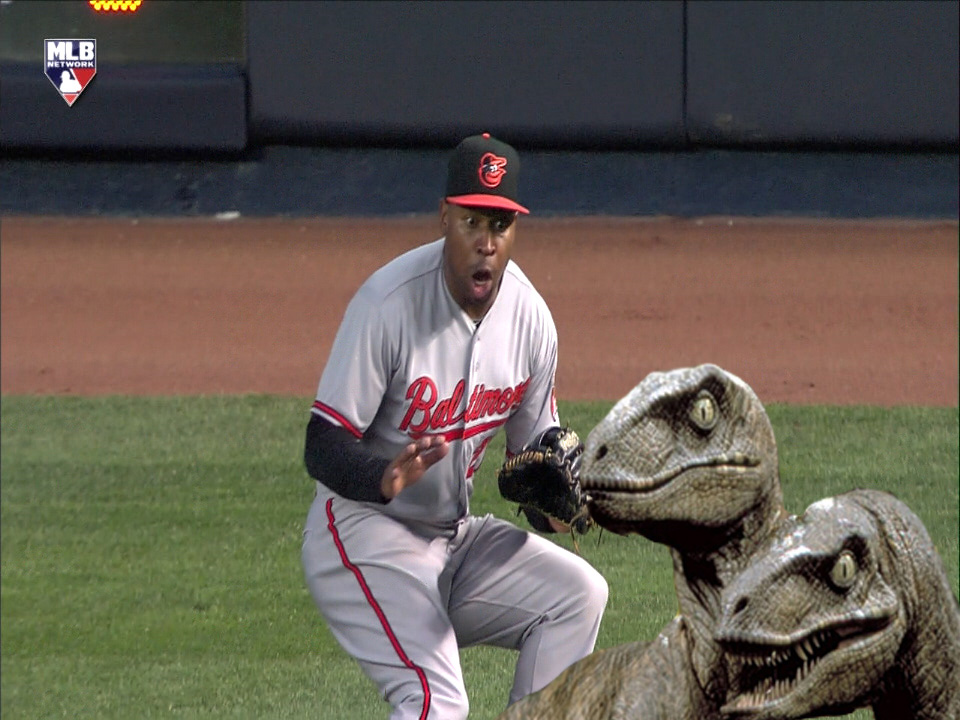 Maybe Young forgot to pack his dragonglass knife just when he needed it the most? 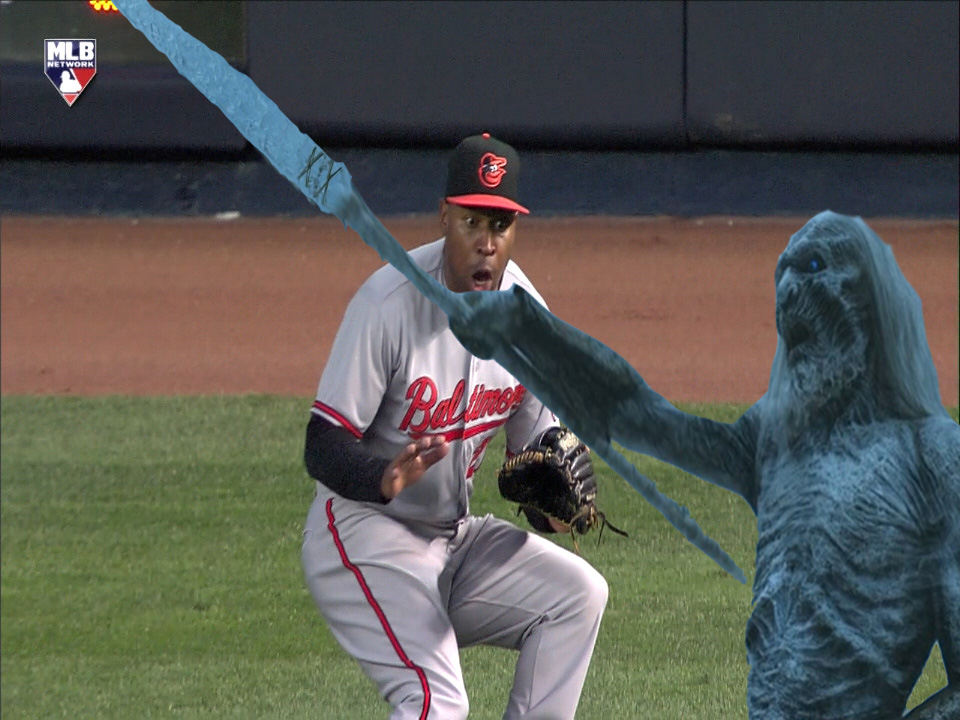 Could it have been a tornado of sharks that -- Oh, sorry -- wrong stadium.

Or maybe it was the Old God Cthulhu, finally risen from his lair at the bottom of the Harlem River to fight the air elemental Hastur the Unspeakable, who, after witnessing Young's first-inning catch, he justifiably assumed him to be? Are you ready to find out the truth? Take a deep breath:

Uh ... well ... maybe the ball was possessed or something? Or the Hulk threw it at him? That was probably it: