It all began simply enough. A's starter Sonny Gray tweeted a picture of his dog dressed as Santa:

But as we all know, Christmas is a competition and Gray's former teammate, Josh Donaldson, wasn't about to let him coast to an easy victory:

This could have escalated into a dog-costume-off, but Gray went nuclear:

Is there anything more festive than standing in front of Christmas stockings, wearing a Santa sweater, and sporting the most amazing pair of holiday-themed spectacles in existence? Even Donaldson admitted defeat:

@SonnyGray2 I can't compete w that but I'll send you something later.

We expected that the "something" he'll be sending is Gray's new business card: 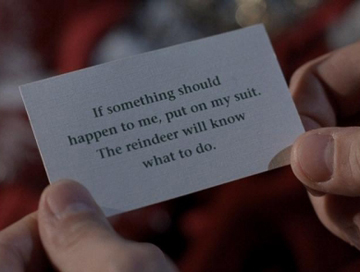 But as you know, Donaldson never disappoints: