Poll: Which nail-biting postseason race is the most exciting?

Poll: Which postseason race is the most exciting?

Barring any Game 163s, Oct. 4 is the last day of the 2015 regular season. That means teams have 19 days between them and postseason baseball. You'd think, with less than three weeks to go, that most of the races would be more or less crystalized. In reality, half of the races to determine October's schedule are, as they say, up in the air: The American League East, West and Wild Card races could go any number of ways, and the National League Central race is still sorting itself out. That's four playoff races with a total of ten teams trying to claw their way into the postseason.

Check out the status of each race and vote in the poll below. There is no "all of the above" option.

After seesawing for most of July and August, the Blue Jays just took three of four in their second-to-last series against the Yankees this season to open up a modest three-game lead. That "second-to-last" might end up quite important: With three games left to play at Rogers Centre, and with both Mark Teixeira and Troy Tulowitzki out, a lot can happen between now and the end of the month. 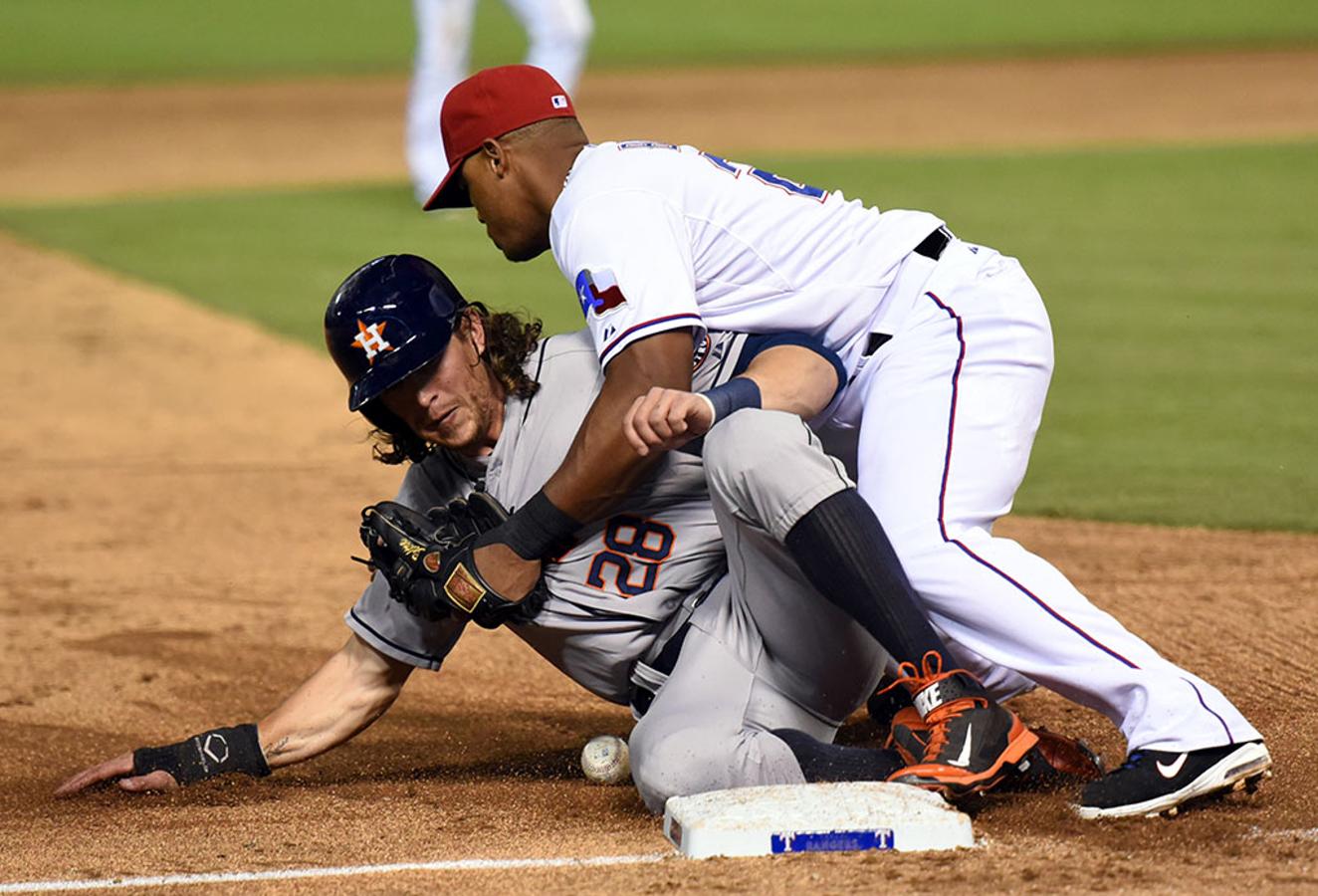 Remember when the Astros were running away with the West? Yeah … about that. After taking Game One of a four-game series on Monday, the Rangers have cut the division lead to half a game. Half a game, as in the division lead could change three times between now and Friday. And did we mention the two teams play an additional three-game series at the end of September? Oh boy.

Don't discount the Angels, either -- at 4.5 games back with a three-game series left against the Astros, they are very much in the mix.

So, we have the Blue Jays, Astros, Yankees, Rangers and Angels all within a few games of each other, battling it out for first and second (and third) in their divisions. Add in that the Twins are one game back on the Rangers for the second Wild Card berth, and things get really interesting. And the Indians are only 4.5 games back from making an appearance in the postseason. So … there are essentially seven teams who could all end up in one of those Wild Card spots; the only AL team that has everything pretty much wrapped up is the Royals. For everyone else, there's a big difference between a do-or-die Wild Card playoff game and a best-of-five Divisional Series. And an even bigger difference between that and no postseason at all. Don't worry, the AL isn't having all the fun. What was once a commanding lead by the Cardinals has diminished precipitously, with the Pirates and Cubs 2 and 7 games back, respectively. The Pirates and Cubs play a four-game series this week, and then Chicago welcomes the Cards to Wrigley Field for a trio of games. While all three are likely to make the postseason, there could be quite a bit of shuffling before Oct. 4.

So, which race do you find most exciting?