Relive the horror of Agbayani's two-out gift to a fan

Live every day like you're Benny Agbayani. That's what I tell myself when I wake up in the morning. The outfielder, one of only 40 Major Leaguers from Hawaii, became a fan favorite with the Mets thanks to his hard play, big swing and the fact that he wore No. 50 in honor of Hawaii Five-O. (Why he didn't also grow out his mustache like Tom Selleck, we'll never know.) Plus, when he played in the Asian Cup in 2005, the back of his jersey read "Benny," like he was that guy on your softball team who made his own custom jersey.

Thumbs up to that, indeed. But despite the big hits -- hitting 29 home runs with a .878 OPS for the Mets in 1999-00, including a game-winning grand slam to kick off the season while in Japan in 2000 and his NLDS walk-off shot later that year --he tends to be remembered for one thing. And no, it's not his coffee -- even if it was surely full-bodied and flavorful, just like the player himself. 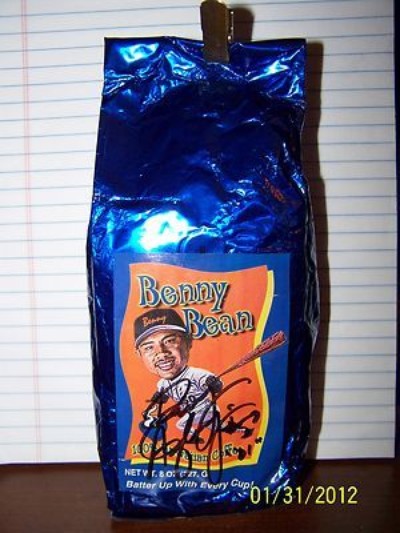 Rather, it came on Aug. 12, 2000, when, with runners on second and third, Giants catcher Bobby Estalella hit a fly ball to left field. After making the catch, Agbayani thought the inning was over and handed the ball to a fan. Instead, there were only two outs, and both Jeff Kent and Ellis Burks came in to score as the handoff was ruled a two-base error.

While it was obviously a bad moment for Agbayani, just watch this hungry kid's face as the ball is stolen back from his grasp. Even though Agbayani would make sure the child, Jake Burns, got a ball before the next inning, you have to wonder if Jake guarded all future presents and possessions like a feral dog, terrified that they would be snatched back from his grasp.

Fortunately for the Mets outfielder, those would be the only runs the Giants would score that day and New York would go on to win, 3-2.

Not that Agbayani should feel bad. After all, math is hard and plenty of other players have been too focused on making the catch and not tripping in front of all those thousands of fans to be able to remember how many outs there are.

While Agbayani stands out to us largely for his gaffe, Japanese fans may have a slightly different memory of the husky outfielder: Agbayani hit 35 home runs in his first season with the Chiba Lotte Marines in 2004, picking up his own chant along the way.