Saturday Night Live is celebrating its 40th birthday Sunday. The comedy institution is bringing back former cast members and lauded hosts to take part in the nostalgic frivolity, leaving only one question: What were the best baseball moments from the show?

Because after 40 years and hundreds of episodes, there isn't much that SNL hasn't covered at one point or another. And so we present some of the greatest baseball moments in the show's illustrious history, from honored guests to dog baseball:

Jeter hosted SNL on Dec. 1, 2001 -- wearing what appears to be either a very baggy suit or judge's robe: Less than a month earlier, the Yankees lost Game 7 of the World Series -- after winning the previous three championships -- to the D-backs. Naturally, The Captain wanted to laugh it off.

"The other team came from behind and beat us in the bottom of the ninth -- which you shouldn't be allowed to do."

Mr. Baseball hosted in 1984. Among his skits: Cutting a growth-stunted Billy Crystal from his Little League team, and the family, after an unforgiveable error.

"How many times have I told ya -- the ball takes a bad hop on ya, you take it in the face."

When Deion hosted SNL, the musical guest was Bon Jovi. In our opinion, a pair that does not collaborate nearly frequently enough.

And here's a sketch in which Sanders -- who was also playing in the NFL at the time he hosted -- tries to buoy his fellow MLB players' spirits during the 1994 work stoppage:

Thus, The Boss opened his monologue with business: "At 11:15 tonight, I bought the Cincinnati Reds."

Watch Steinbrenner try to figure out why he was chosen to host SNL, because as he says, "I'm not a contortionist."

Harry Caray on the 1996 World Series

Perhaps Will Farrell's greatest impression, Caray breaks down his thoughts on the 1996 Yankees-Braves World Series.

"To this day I still laugh at the idea that I thought I could eat 12 hot dogs."

For example: "The precarious balance between infield and outfield suggests a perfect symmetry. For $50, identify the effect of that symmetry."

Speaking of the '94 work stoppage, MLB players had a lot of down time:

A sketch in which William Wegman plays baseball with a bunch of dogs. Hey, it was the '80s:

"During the World Series, the Philiies have been accused of being unshaven, overweight, long-haired dumb slobs. Here now to answer those charges is Phillies first baseman John Kruk."

The 1980 MLB Winter Meetings were bonkers. As in poetry-recap bonkers, courtesy of Joe Piscopo:

Thompson went on Weekend Update to do an impression of Ortiz explaining his selfie with President Obama.

Garrett Morris' famous Mets character. As he says, baseball was very good to him.

Watch Morris explain how the character came to be:

Nomar Garciaparra never hosted, but he cameoed as himself in 2000 on one of SNL's Boston Teens sketches. Because of course he did: 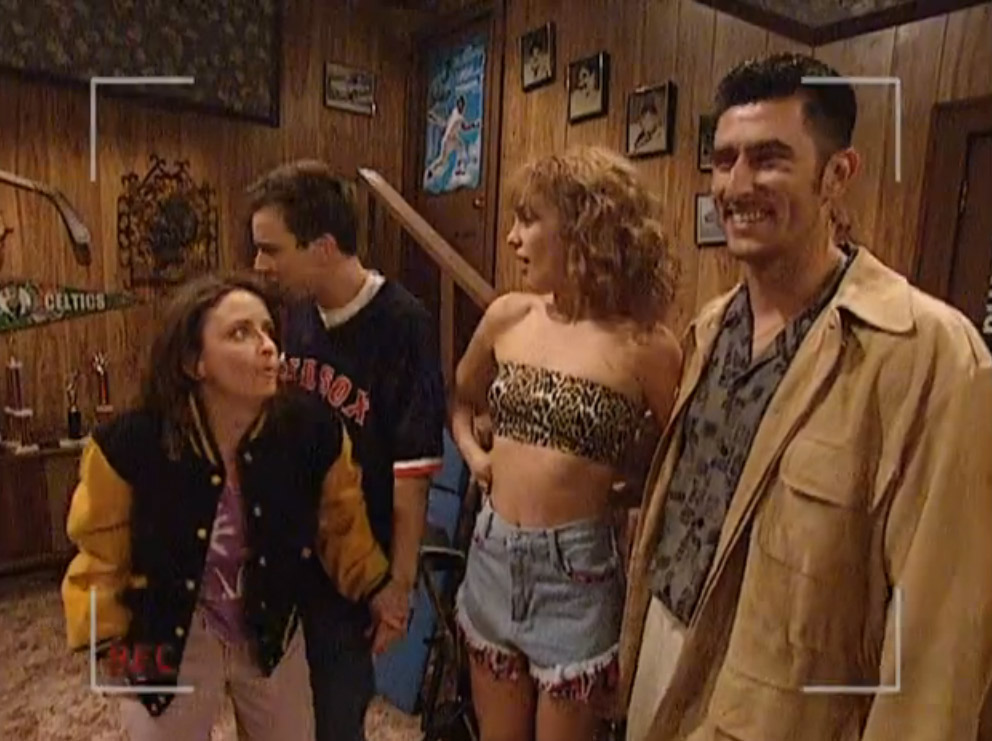