7 reasons why Rey from 'Star Wars: The Force Awakens' is actually Rey Ordonez

7 reasons why Rey from Star Wars is Rey Ordonez

A word of warning: There may be Star Wars spoilers inside. We'll do our best to shield you, but perhaps tread carefully.

The release of "Star Wars: The Force Awakens" prompted unending Internet debate and questions. Namely, "how should I spell Finn: Like Huck? Or like a shark's?" And "How come Chewie doesn't have grey fur? Is he dying it?" However, the biggest one is just who is Rey, the powerful young woman with a mysterious tie to the Force.

Some believe her to be the daughter of REDACTED or the sister of REDACTED. Each of those possibilities would have massive consequences across the Star Wars realm. But they are wrong. No, J.J. Abrams wrote Rey to be an analogue for former Mets shortstop Rey Ordonez. How do we know this? Here's the proof:

Her name is Rey

Rey Ordonez's name is Rey. This one is pretty simple.

She is quick, strong and pulls off many daring feats

She has moments of greatness despite little experience with a lightsaber

Listen, Ordonez's work at the plate left a lot to be desired. But that's OK because he was pure fire in the field. But every now and then, just like when Rey had a certain lightsaber battle with a certain son of REDACTED, that explosive talent was on display.

She likes to wear helmets She uses the Force

And so does Ordonez. I mean, how else did he get the ball to the second baseman if not through pure mind power?

She works well as part of a team Just as Rey wouldn't have been able to REDACTED the REDACTED without working closely with her Rebellion teammates, Ordonez is at his best within part of a team. (Speaking of, come back next time when we look at John Olerud as C-3PO).

She's at her best on a desert planet 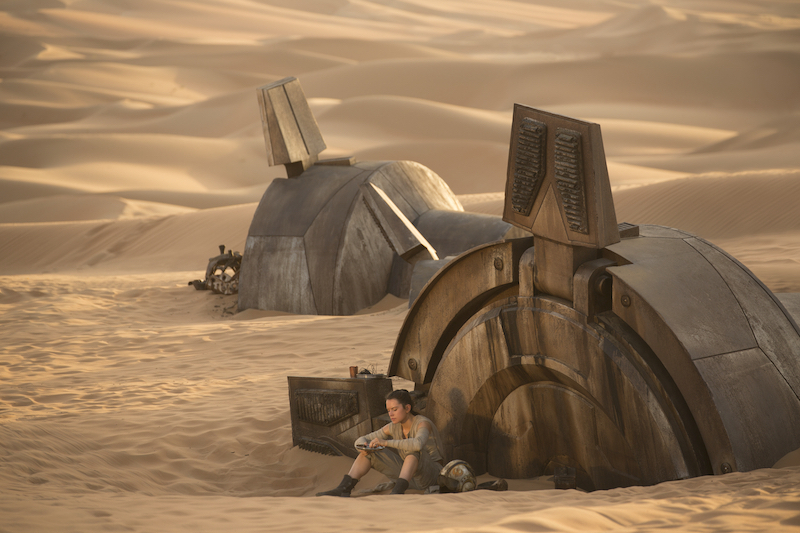 And what is the infield dirt but a desert island on a baseball field?

Like, seriously, why not? Stranger things have happened. Like the son of REDACTED building an even-larger REDACTED than in "A New Hope," only to be foiled by REDACTED.