Eddie Guardado. Everyday Eddie. The newly-appointed Twins bullpen coach totaled 908 games in the Majors over the course of a 17-year career with the Twins, Mariners, Reds and Rangers. That, dear friends, is how you spell reliable, but if you need more than those 908 reasons to elect Guardado to the Hall of Fame, here are five others:

Everyday Eddie -- that might be the most endearing nickname in MLB history. He earned it, in part, by appearing in an AL-best 83 games in 1996.

It's a reminder of Guardado's constancy, his certainty. He is the sun, the moon and the stars, always there. Like the United States Postal Service, he comes regardless of weather -- unlike the USPS, he will even be there on Sundays. Eddie "Everyday" Guardado. That isn't simply a nickname. It's a promise. He is nimble on his feet

In a 2002 game against the Angels, a foul ball popped up and hit a speaker hanging above the field. But Guardado wasn't shaken -- he scrambled after it, and made a spectacular diving catch. Maybe we should call him Everycatch Eddie.

When you play as many games as Guardado, odds are you're going to have more than a few great ones. Well, in 2002, Guardado had a full season of great games: He led the AL in saves with 45, was elected to his first All-Star Game and placed 15th in AL MVP voting. Not too shabby.

Bonus: During the 2002 postseason, Guardado recorded the final out of the Twins' ALDS matchup against the A's. Yes, the 2002 Moneyball A's were eliminated with Guardado on the mound. He is in the Twins Hall of Fame

Impressive: Guardado's election to the Twins HoF in 2013.

He knows how to pose

Draw him like one of your French girls, Jack. 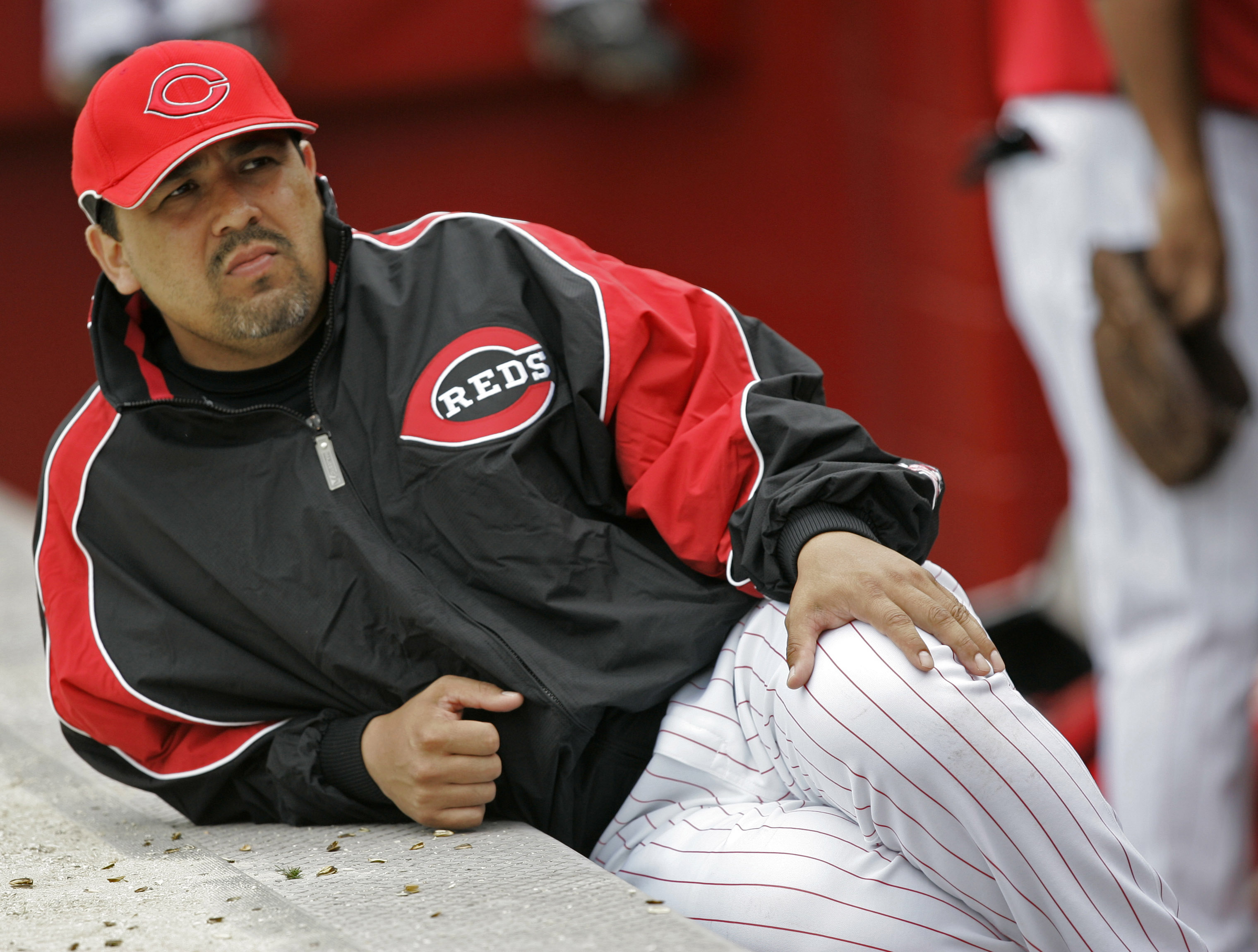 So, what do you say? Does Everyday Eddie deserve his day in the sun?