One of the World Series MVP's many offseason duties is to tour the late night TV circuit, which, for a humble guy like Giants pitcher Madison Bumgarner, probably seems like a lot of pomp and circumstance. Nevertheless, MadBum took to NBC's The Tonight Show starring Jimmy Fallon, and seemed to have a great time:

When the two were done discussing their pick-up trucks and how long it takes to get from the Kauffman Stadium bullpen to the mound, Bumgarner showed off his generous side, bringing Fallon a special gift -- some MadBum underwear: And, as underwear-receiving etiquette states, Fallon immediately put the MadBums on and did a kind of dance:

Of course, the real highlight was when Bumgarner insinuated that he and fellow Giants pitcher Jake Peavy might collaborate on a country music record. He seemed to be joking, but this really needs to happen. Peavy & MadBum is the perfect name for a country duo. 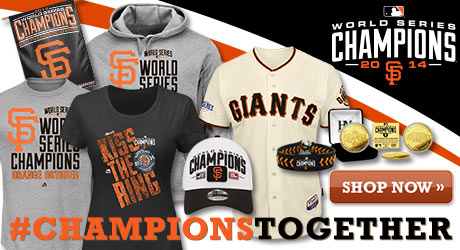