Let's decide who will win the NLCS based on food, movies and more

Choose the NLCS winner based on music, food and more

Sure, a detailed analysis about which team is likely to triumph in the NLCS would be a fantastic read, full of graphs and charts and more statistical analysis than you'd know what to do with. But you know what else is fun? Deciding who's going to win the NLCS based on the important measures like TV shows set in the competing cities and the songs that are written about them.

Ready? Let's get started. And be sure to check out the ALCS matchup, which features crab cakes taking on ribs, when you're done.

Saying goodbye is hard, so when M*A*S*H ended after 11 seasons, the show gave birth to three spinoffs. St. Louis lucked out with two of them: The short- lived AfterMASH and the never-picked-up W*A*L*T*E*R. San Francisco, however, got the more successful Trapper John, M.D.

Though St. Louis may have been the setting for a show that TIME called "one of the 100 worst ideas of the century" but it also got Cedric the Entertainer's The Soul Man.

Meanwhile San Francisco can count among their fictional residents a handful of witches, an OCD detective and the people who live in this house: 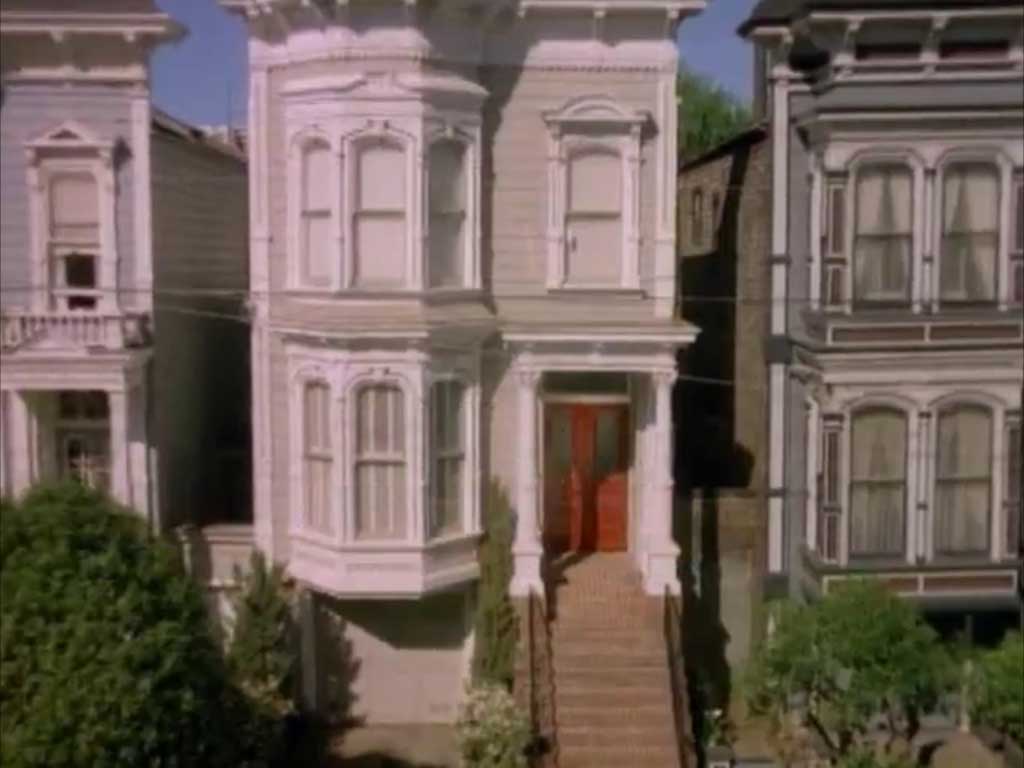 Don't recognize it? Maybe this will refresh your memory:

In the celebrity fan-off, the Giants have the support of the entire Tanner family, but the Cardinals are beloved by a good deal of the office-family at Dunder Mifflin. Pam, Erin and Phyllis are all Redbirds fans, or at least the actors who play them are. Jenna Fischer, Ellie Kemper and Phyllis Smith all grew up in or around St. Louis. Fischer even wrote a poem about the team's '82 World Series victory. Down in the Bay Area, the Giants are frequently visited by beloved by Colin Hanks, Zooey Deschanel, Danny Glover and, of course, Rob Schneider.

Not to mention, The Cardinals might produce John Grisham, Billy Bob Thornton and John Goodman. To that, the Giants only have one answer:

Yes, yes, say the Cardinals, but we have Jon Hamm. And whoever this guy is: St. Louis has been home to incredible people from every field, including Maya Angelou, Daniel Boone, Scott Bakula, Josephine Baker, Chuck Berry and several generations of the Busch family (you are likely quite fond of their products). And that's not to mention one other man you may have heard of: Yogi Berra. Oh, Herrero has since moved to Canada? Well, it looks like SF will just have to be proud of Ansel Adams, Clint Eastwod, Mel Blanc, Lisa Bonet and Vince Guaraldi instead.

Songs About The City

St. Louis, home of Scott Joplin, might be said to have built ragtime. San Francisco, however, was built on rock and roll.

Both cities have iconic songs that are deeply part of their identity -- "Meet Me in St. Louis" and "I Left My Heart in San Francisco" - and both have the blues:

According to Ice Cube, St. Louis is an interesting place to take a summer vacation. San Francisco, though, is a place to do, well, whatever you want:

Or we could have just summed up this whole category with Chuck Berry's "From St. Louie to Frisco." Everybody wins:

St. Louis had William S. Burroughs, Kate Chopin and Jonathan Franzen and San Francisco had Armistead Maupin, Shirley Jackson and Jack London, but this series is obviously happening because the spirits of William Randolph Hearst (San Francisco) and Joseph Pulitzer (St. Louis) want to keep their famous rivalry going deep into the afterlife.

Fog City is home to many world-class museums for serious history buffs and lovers of modern art, as well as the Walt Disney Family Museum and California Academy of Sciences. St. Louis, on the other hand, has the City Museum, which has a ten story slide. Sure, it also has the world's largest pencil, a bunch of playable vintage pinball machines and many other curiosities, but you guys. Come on. A ten story slide.

The 7-story twisty metal slide at the City Museum in St. Louis. Can't decide if it looks fun or terrifying. pic.twitter.com/D8xXqio7iS

You may not think of St. Louis as a foodie town, but The Joy of Cooking, that book you glance at for a second right before you order Chinese, was written there. St. Louis has its own variation on pizza, as well as something called "gooey butter cake," which is probably the best thing since sliced bread. Incidentally, sliced bread was first successfully packaged in a St. Louis bakery.

San Francisco has lots of seafood, of course, but it also has burritos. Reasonably scientific studies have found them to be the best in the land.

The search for the nation's best #burrito has ended! Congrats to La Taqueria in #SF! http://t.co/OONwgMSaRZ pic.twitter.com/pTJHeD8Qjh

Let's be real, Alcatraz is 100% percent haunted. Though it was only a federal prison for 29 years, it has been hosting military prisoners since the Civil War. Its longest-serving inmate's nickname was "Creepy." Don't believe us? Fine, why don't you just spend the night there?

Though its real claim to fame is being the inspiration for the greatest Sean Connery vs. Nicolas Cage car chase of all-time:

St. Louis has plenty of ghosts of its own. The birthplace of Vincent Price and Linda Blair, it's also where the real-life Exorcist took place. You can hang out in Lemp Mansion, considered one of the most haunted locations in American, or you can try walking down Zombie Road. Guess what lives there?

St. Louis was the setting for Up in the Air and Steven Soderbergh's King of the Hill, while San Francisco has been the stage for classics like Guess Who's Coming to Dinner, Mrs. Doubtfire and The Maltese Falcon, but it's probably most proud of being the location for American family drama The Room: