Couples love to handle pregnancy announcements in their own unique way. Sometimes, that even goes for the reveal to each other. Just ask and his wife, Yely.

Yely had not yet told her husband that she was pregnant with their third child when he arrived to Citi Field for the Mets' game on Thursday night against the Cardinals. She decided to tell him at the game, while he was standing in the on-deck circle for his fourth-inning at bat.

Here’s the video of Wilson Ramos wife coming down with the sign telling him that she is pregnant with their third child. Awesome stuff. Congrats @WRamosC3 family! (video via @michebag22) pic.twitter.com/rk7rUYATSa

Here's a closer look at the sign that Yely showed to Wilson: 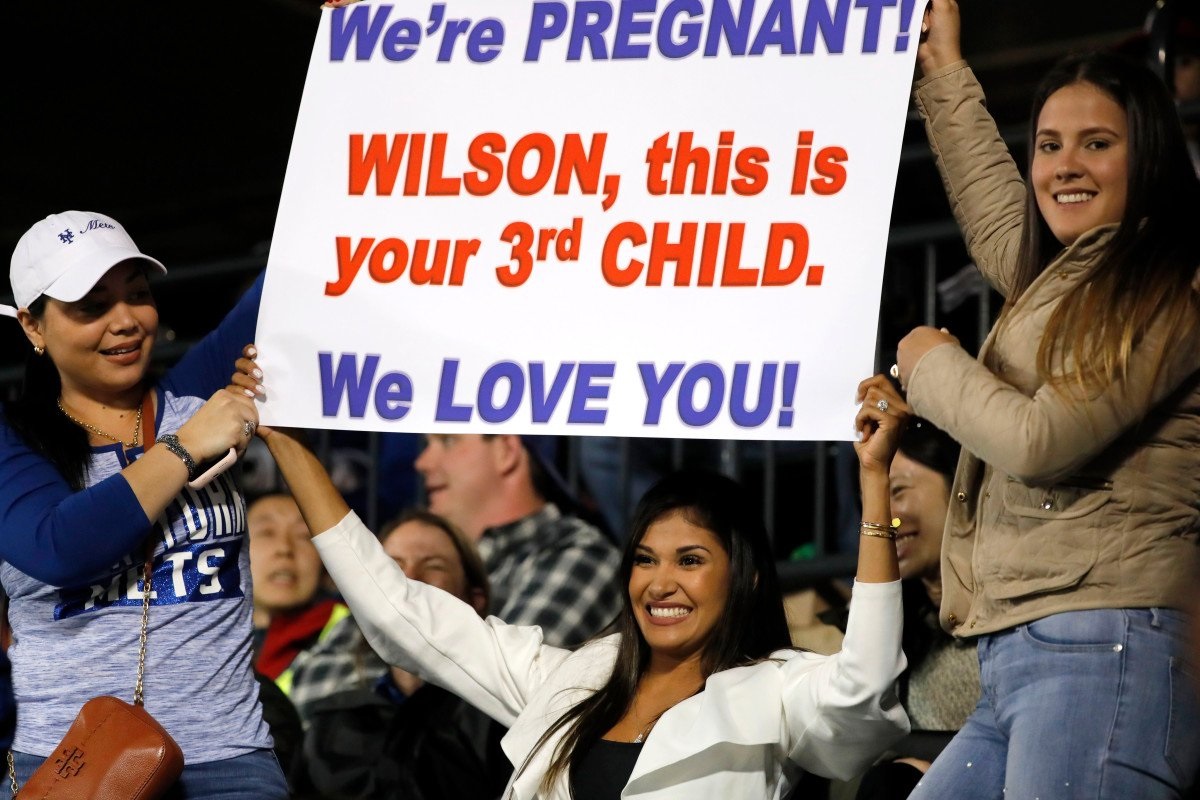 What an incredible moment for the Ramos family ... and an ingenious move by Yely.

Up Next
What do you get when you combine a block party and a baseball league?
Follow Cut4
Related
Pete Alonso hits home run in Subway Series
Keith Hernandez charges car using media truck
Diddy held a family baseball game for Quincy