Yasiel Puig picked up some crayons and headed to school

Yasiel Puig is a do-everything kind of guy. On the field, he'll bash dingers, run the bases with abandon and hurl laser beams from right field. Sometimes, he'll make an even better highlight by refusing to move. And off the diamond? You never know what he's going to do.

On Tuesday, before he's set to take two games off for his role in an artistic on-field brawl with the Pirates, Puig went to school.

Now, he could have just stood in the front of the class, but Puig being Puig, he got into it. That means, it was time to color:

But just what was Puig drawing? Well, we have one guess. 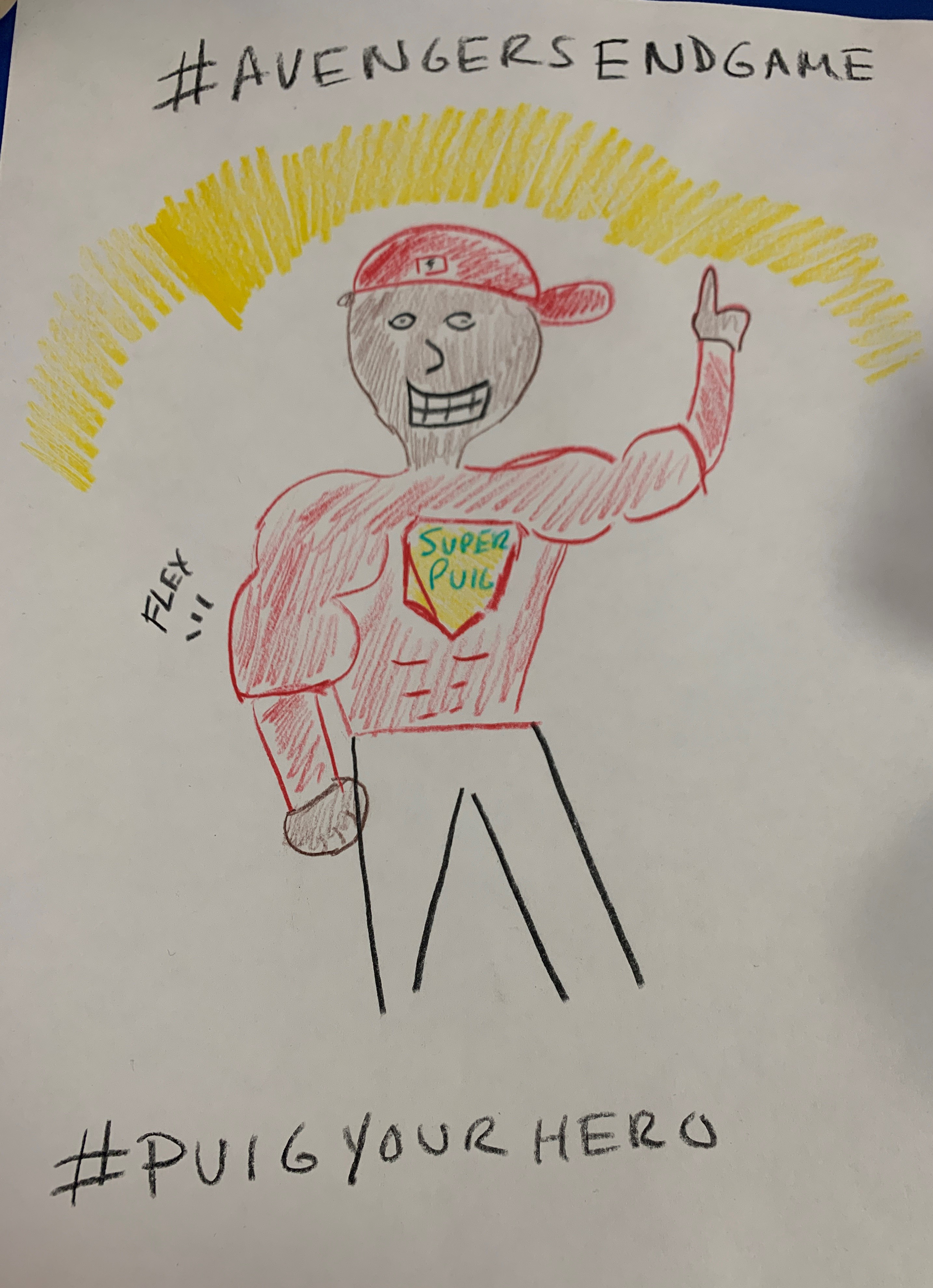 Sorry for the "Avengers: Endgame" spoiler.

Up Next
What do you get when you combine a block party and a baseball league?
Follow Cut4
Related
Who is Yasiel Puig and why is everyone mad at him
Yasiel Puig's having an amazing postseason, but will his prediction come true?
Yasiel Puig got his face painted like a cat and looked amazing