After Tuesday night's wild Game 4 walk-off win by the Dodgers, we should've known that Wednesday's Game 5 would be anything but normal. Maybe we did, maybe we just didn't realize how soon the abnormalness would present itself to us. Like, you know, in the very first inning.

Let's delve into some of the weirdness.
doesn't catch the ball?
It was close (and it was reviewed), but the first play of the game was ruled a single after a nice try by the Dodgers' center fielder. Inches away from an out, it looked to bounce up into his leather. Fortunately for L.A., it didn't result in any runs.
Brewers starter faces one batter, walks him and then is taken out of the game

No, really. In what was first thought of as a move straight out of the 1924 World Series, MLB.com's Joe Trezza confirmed that pulling Miley after one batter was the plan all along. replaced him and Miley will start Game 6.
Cody Bellinger steals second and the play is challenged (that's two challenges in about 15 minutes)

Both challenged plays were close -- and when it's Game 5 of the NLCS -- it's worth getting them right. Bellinger was safe, but wouldn't score.
Reliever (I think?) Brandon Woodruff hits the first batter he faces
Yeah, I don't know. I guess when a postseason legend like is up at the plate, it's the only thing you can do. 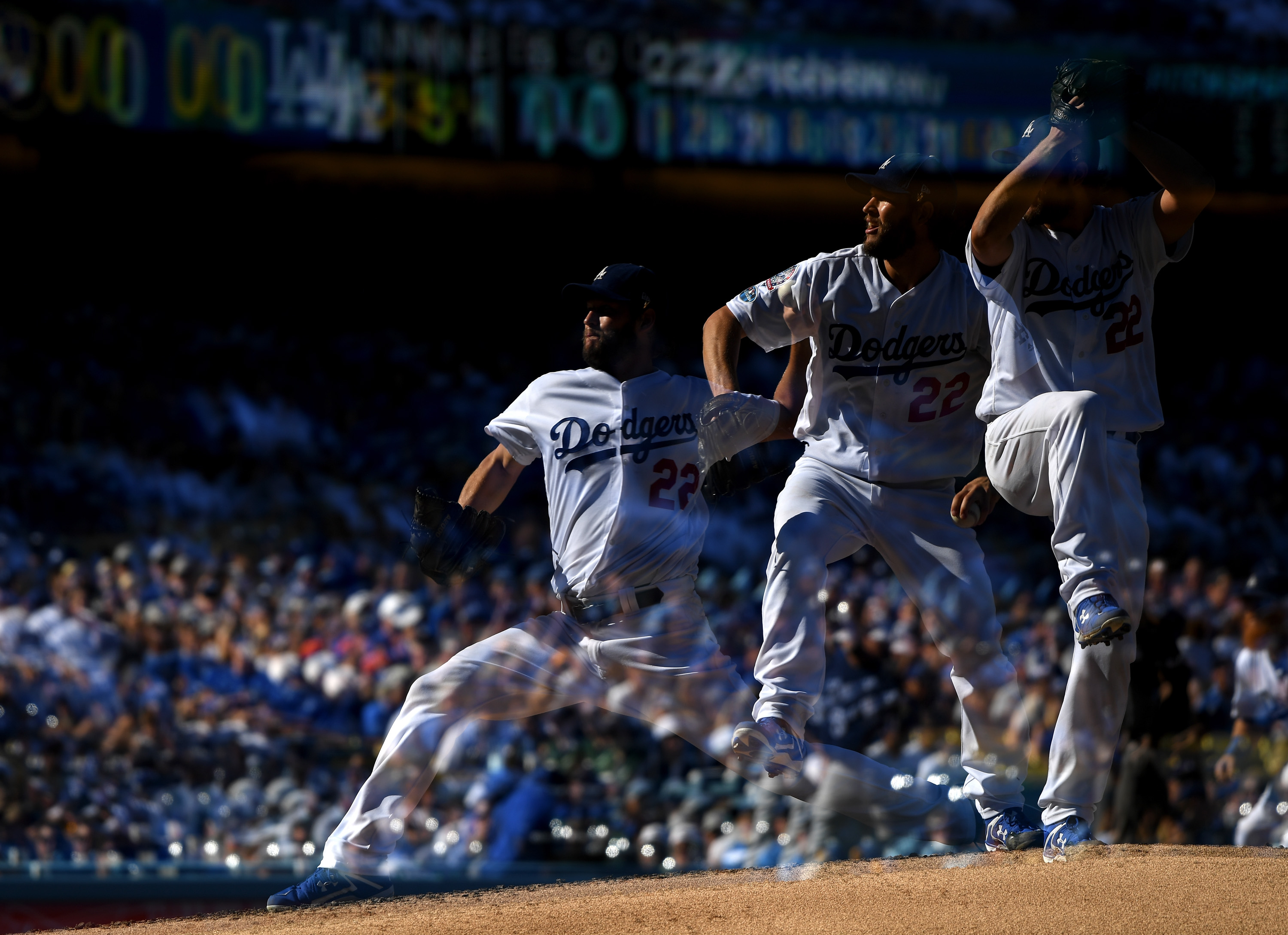 Remember those books? Maybe Clayton will turn into a spider, maybe a tiger, maybe a little puppy that can play with. Keep watching to find out for sure.
Somehow, with all that strangeness, the score remained tied, 0-0, after one.

Up Next
What do you get when you combine a block party and a baseball league?
Follow Cut4
Related
Actually, the Brewers are the favorites in this NLCS
Reliever Brandon Woodruff jogging in from the bullpen to start NLDS Game 1 looked a bit odd
With his third-inning home run, Brandon Woodruff became the latest pitcher to hit an unlikely postseason dinger