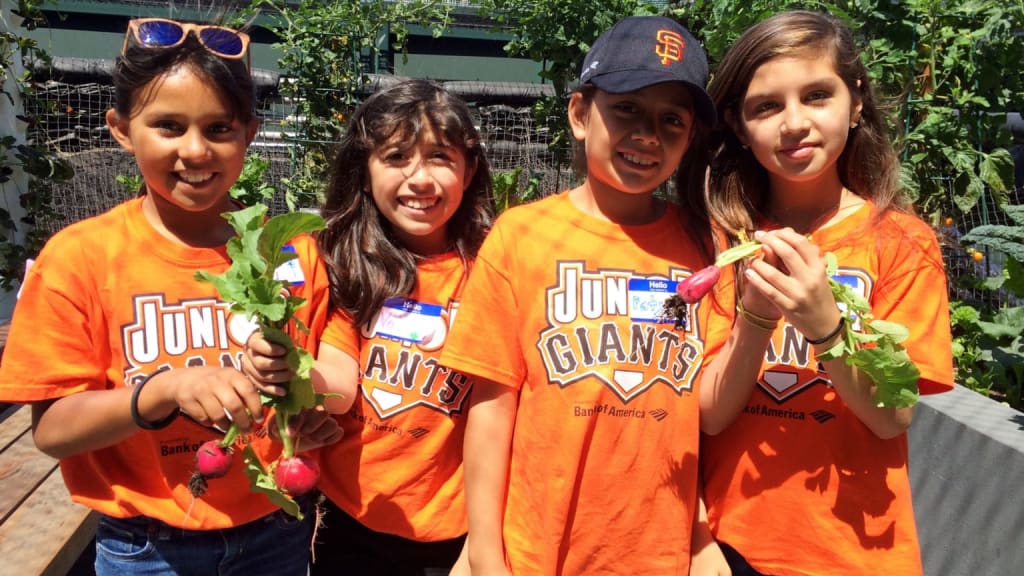 The Giants Community Fund recognizes the important role that education plays in the lives of youth. The Fund offers numerous programs that reach out to students, teachers and educational organizations.

Chevron and the Giants Community Fund are bringing the science of baseball and softball to Junior Giants! Junior Giants participate in the "Giants Launch" and learn valuable science, technology, engineering and math (STEM) skills. Junior Giants teams explore the trajectory of a baseball with a launch angle lesson and are encouraged to think about how math and science play a role in everyday activities.

Education Day at Oracle Park recognizes both the incoming and graduating classes of Harmon and Sue Burns Scholars. Before going on the field for a pre-game ceremony, the scholars and their families learn more about the importance of education during a pregame reception with Giants representatives.

Round the Bases Reading Program

The Giants Community Fund is proud to offer a summer reading program for all Junior Giants players. The Round the Bases Reading Program is designed to encourage Junior Giants to read during the summer months. The achievement levels follow a baseball diamond and after each base is completed, players earn Giants-branded awards.

The criteria for each level is as follows:

The guidelines and scorecard are included in the Junior Giants Handbooks that are distributed to all participants.

The Bay Area All-Star Scholarship Team (B.A.A.S.S.T.) was formed in 1996 as a partnership among the San Francisco Giants, Golden State Warriors, San Jose Sharks, Oakland A's, Oakland Raiders, San Francisco 49ers and the San Jose Earthquakes. Through this program, seven deserving high school seniors are awarded a $5,000 college scholarship and are recognized at pregame ceremonies hosted by each of the Bay Area professional teams. Each year, the Giants Community Fund provides funding for this program and recognizes a B.A.A.S.S.T. recipient from San Francisco public schools.