If you're unfamiliar with the dinger stylings of Yankees slugger Edwin Encarnacion, here's what you need to know. First, his homer on Wednesday night against the Twins was his 30th of the year, making this the eighth season in a row that he's reached that mark. Second, and much more importantly, is that Encarnacion doesn't just trot around the bases after he goes yard -- he trots around the bases with an imaginary parrot on his arm.

Seriously, he does that every single time. But after his latest homer, his Yankees teammates -- much like Toronto before them -- decided that they were done leaving things up to their imagination. They thought he deserved an actual parrot ... and so they gave him one when he crossed home plate:

Apparently Gleyber Torres and Gio Urshela put in an Amazon delivery to Target Field on Wednesday afternoon and could not stop laughing about it. We're pretty sure that Major League rules prohibit Encarnacion actually bringing the little guy with him on his next trip around the bases, but that according to Urshela's Instagram story, that doesn't mean that he's not already a precious member of the Yankees clubhouse: 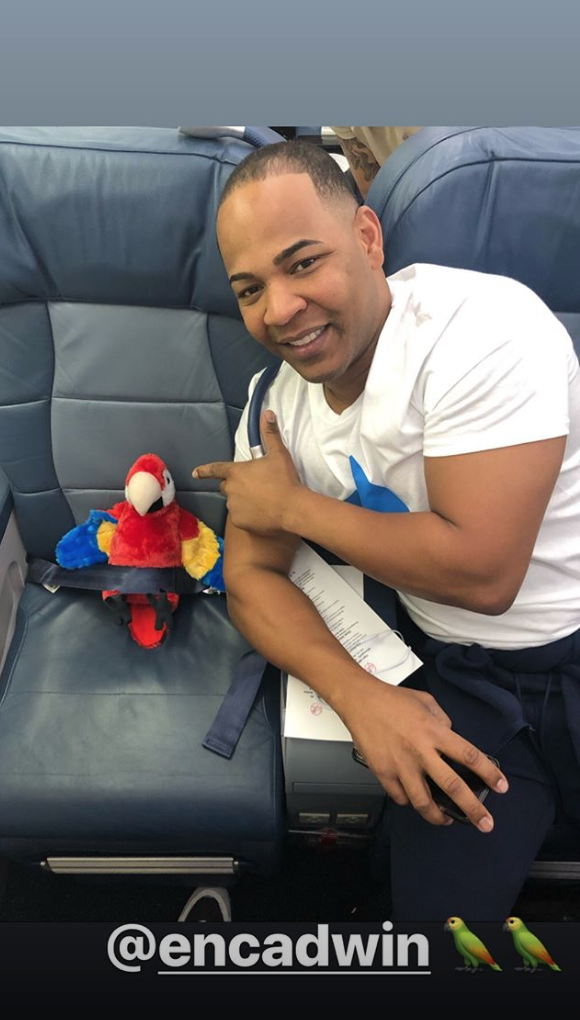 Up Next
What do you get when you combine a block party and a baseball league?
Follow Cut4
Related
Yankees and Twins play game of the year
Didi Gregorius is creating art to celebrate Yankees wins
Giannis Antetokounmpo visits Yankee Stadium