There are no baseball players quite like Yasiel Puig. That's not a statement about his abilities on the diamond, though they are considerable. You'd be hard-pressed to even find another human like Puig. He just does everything in his own unique way.

However, with the help of a Twitter user, we may have discovered the closest comparison to Puig. It seems appropriate that it is a fictional character: Captain Jack Sparrow.

Watch how Puig ran out his hustle double on Thursday night against the Cardinals:

Now, look at how Sparrow runs in "Pirates of the Caribbean."

It's a near match, with the arms half-flailing and everything. Uncanny.

Puig and Sparrow's resemblances run even deeper. Neither ever hesitates to express their emotions.

Especially with their tongues:

The two both have these fascinating personalities that you simply feel compelled to follow. You can't take your eyes off them. There might be other gripping characters in the proximity -- your Joey Vottos and Captain Barbossas of the world -- but Puig and Sparrow are the ones you can never ignore (at least in the latter's first couple movies, anyway).

Don't get on their bad sides, either. They can get feisty.

Puig's never been on the Pirates, but I'm willing to bet that he'll end up in Pittsburgh one of these days. It feels like it's his destiny.

At the very least, can we please get "Yasiel Puig: On Stranger Tides?" 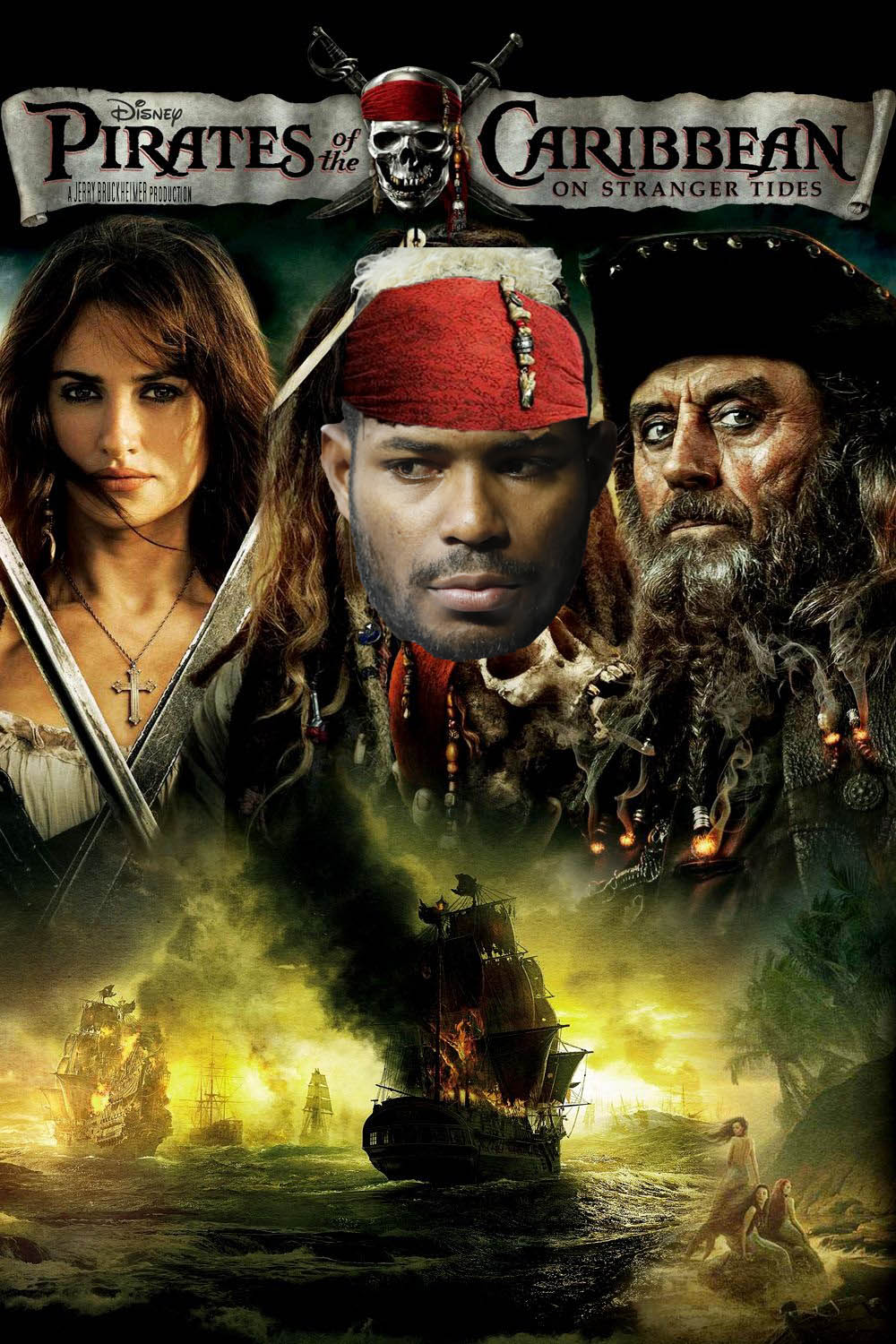 The world demands it.

Up Next
What do you get when you combine a block party and a baseball league?
Follow Cut4
Related
Yasiel Puig is the hottest player in baseball
Yasiel Puig playing stupid baseball
Apollo 11 was getting baseball scores in space