In addition to being an elite right-handed pitcher for the Mets, is a known mascot antagonist.

Whether publicly trading jabs with his own team's mascot, Mr. Met, or stealing the Phillie Phanatic's cart and taking it for a joyride, the man they call "Thor" stands his own against mascot shenanigans.

Before Thursday night's Mets-Braves game from SunTrust Field, Atlanta's mascot Blooper was clearly interested in provoking Syndergaard into a conversation -- or some sort of on-field antics, who knows -- but Noah just wasn't interested. Either that, or he maintained his composure well enough to keep a stern face while arguing with Blooper about ... something.

Speaking of composure, shout-out to Jacob deGrom, off Syndergaard's right shoulder, maintaining his steely gaze with such nonsense going on right next to him. 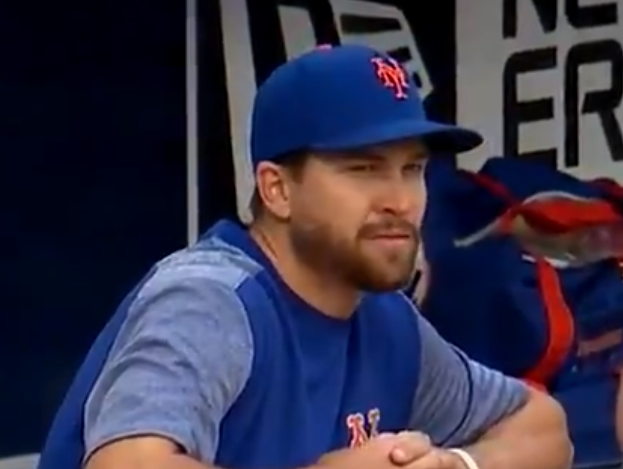