One of the premier spring events in Washington, DC, is the annual National Cherry Blossom Festival, which celebrates the beautiful Japanese cherry blossom trees with themed pop-up bars, live performances, a parade and many other events around the city. This year's festival begins on Wednesday, March 20 and runs until

One of the premier spring events in Washington, DC, is the annual National Cherry Blossom Festival, which celebrates the beautiful Japanese cherry blossom trees with themed pop-up bars, live performances, a parade and many other events around the city. This year's festival begins on Wednesday, March 20 and runs until Sunday, April 14. 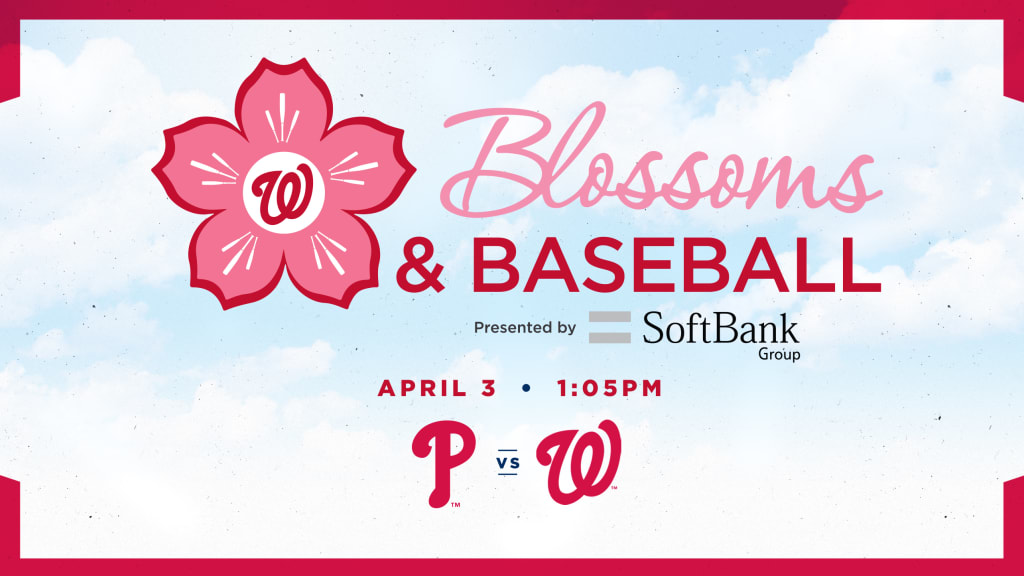 The highlights of the 2019 iteration of the festival will be four consecutive Saturday events over the month-long celebration: the Opening Ceremonies on March 23, the Blossom Kite Festival on March 30, the Petalpalooza on April 6, and the Parade on April 13. According to the National Parks Service, the blossom trees will be in peak bloom from April 3 to April 6.

The Nationals plan to get in on the fun with their Blossoms & Baseball special ticket event at Nats Park on April 3. Fans can come enjoy the beauty of the 14 Kwanzan Japanese flowering cherry trees at the ballpark while watching the Nats face off against their National League East rival, the Philadelphia Phillies. All tickets include a $5 donation to the festival.

The cherry blossoms have been a staple of springtime in DC for over 100 years. In 1912, Mayor Yukio Ozaki of Tokyo gifted 3,000 cherry trees to America's capital city. The National Cherry Blossom Festival commemorates Mayor Ozaki's gift, celebrates the long-lasting relationship between the United States and Japan, and allows DC residents to spend time reveling in the majesty of a sight so beautiful that you can't believe your eyes.

Speaking of reveling in the majesty of a beautiful sight – have you seen Juan Soto hit a baseball?

Following a remarkable rookie season, Soto took his talents overseas for the MLB Japan All-Stars Series, plus an exhibition against the Yomiuri Giants. The Greatest Teenage Hitter of All Time and his MLB teammates had the opportunity to play in front of crowds in the cities of Tokyo, Hiroshima and Nagoya. "When we go to hit they were quiet. You could hear everything. You could hear the pitcher, you could hear the coach," he said of the Japanese fans. "But when [the Japanese players] hit, it went crazy."

Childish Bambino made sure to explore the cities, try the local cuisine and take in the culture in his downtime. "We did tours every trip. I went to Tokyo Tower, one of the highest buildings," he said. "[We] could see everything. I think the most fun was the lights exhibit we saw."

Juan Soto's been in Japan for 2 days and all he's done is...

- Go 2-for-4
- Check out a dope light show
- Hit a ball off the roof of the Tokyo Dome pic.twitter.com/qI1r9KolWS

On the field, Soto went 7-for-20 (.350) with two doubles, two homers, five RBIs and a 1.159 OPS during the six-game series. Despite being the youngest player on the MLB roster, he tied for the team lead in home runs and RBIs and ranked second on the team in OPS.

The Nats coaching staff routinely praises Soto's ability to make adjustments, and the 20-year-old was clearly unfazed by the obstacles this international trip posed. Japan is 13 hours ahead of Washington, which means all seven games started between 4 a.m. and 5 a.m. ET, proving that no matter the time zone, Juan Soto is going to keep doing Juan Soto things.