Soon, a select few legends are going to be inducted into the National Baseball Hall of Fame -- icons like, say, Derek Jeter. But there are plenty of other players on the 2020 ballot worthy of remembering. Players who were fun. Players who had great careers. Players who did things you or I could never do on a baseball field. Players like … Heath Bell.

When you're a relief pitcher, you have a lot of free time. During most of the game, you're just hanging out in the bullpen, drinking coffee, shooting the breeze and getting ready for the chance that you might be called in to work. Heath Bell definitely took advantage of all that time.

Instead of filing his taxes (I imagine at least a few players pull that off in the early innings), reading a book or making conversation, he ended up goofing around.

How? Oh, by throwing seeds at players and fans from the bullpen, riding around the concourse with teammates on Segways and buzzing teammates with remote control helicopters. Oh yeah, he also owned a motorized beer cooler -- you know, standard adult stuff.

And when it was time to rock a throwback uni, Bell made sure to really commit.

That's Bell, who pitched well enough to attend three consecutive All-Star Games (2009-11), posting three straight 40-plus save seasons. But while he was one of the most talented players in the world -- good enough to not just reach the Majors but succeed there -- it wasn't the only thing that defined him.

“Baseball isn’t going to change some things," Bell told the San Diego Union-Tribune in 2010. "I drive a Nissan Altima because I like that old car. I like my old T-shirts. And I don’t like having to have clean shoes on."

He doesn't like a clean uniform, either. When he was called on to pitch in the 2011 All-Star Game, Bell made sure to have an entrance that stood out. Rather than simply jogging to the mound and taking the ball, he raced out and gave a picture-perfect slide.

After the game, Bell said, "I can say, 'Hey Mom, look, I played!' I’m definitely not washing the uni. This is like the first dirty uni I have from sliding."

If not for the All-Star Games, the pranks and the hijinx, Bell may best be remembered for being the king of MLB Photo Day. The day that is usually reserved for players showing up in their school-yearbook finest and making a variety of tough guy poses to be used throughout the year, Bell always made sure to have a bunch of goofy looks to choose from.

There's his museum-worthy triptych of trips to the plate -- probably the most success he ever had with a bat in his hand. In his 11-year career, he had seven plate appearances ... and zero hits.

He's happy to introduce himself, too: 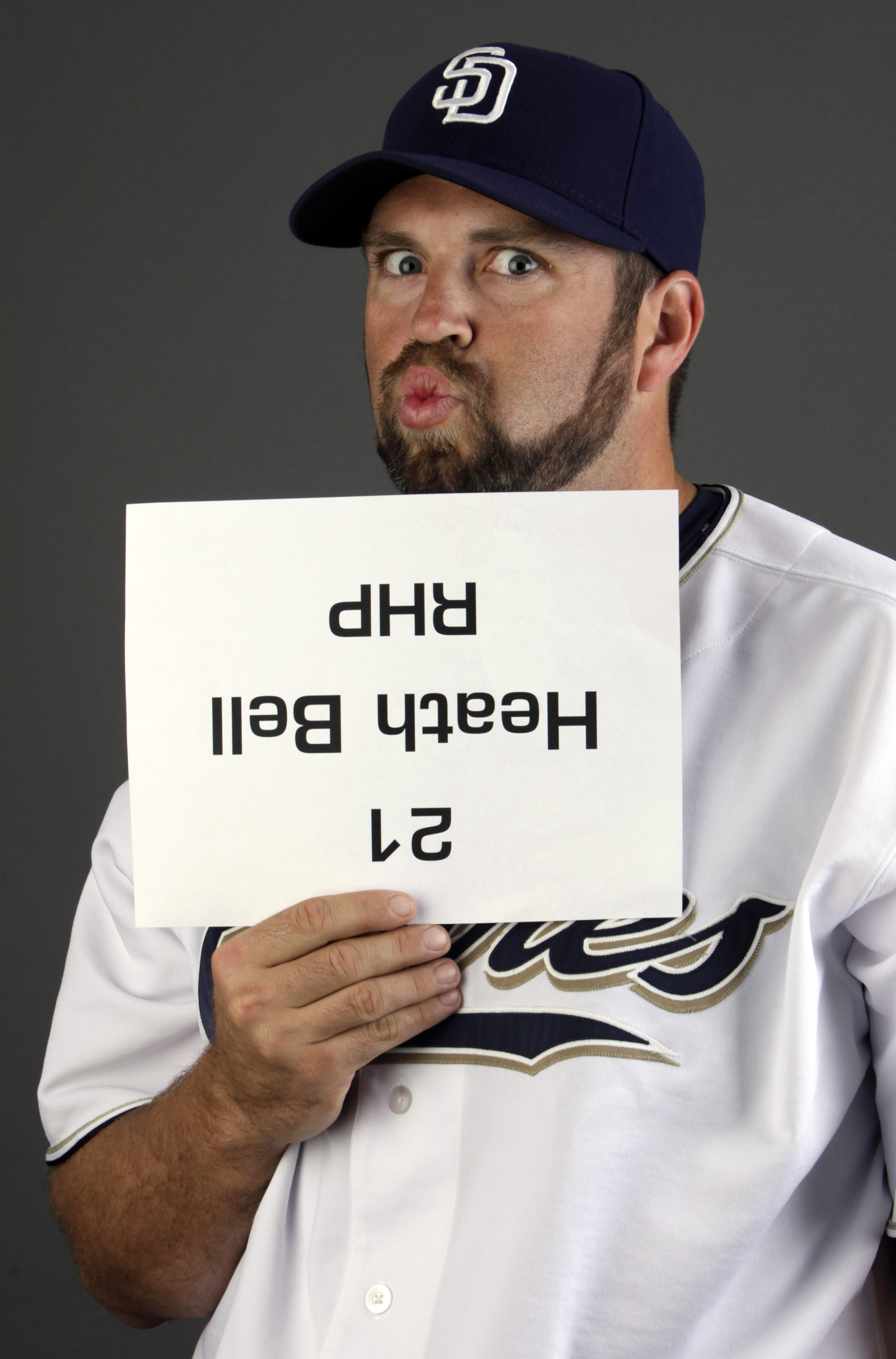 Just don't let him pick out his own clothes.