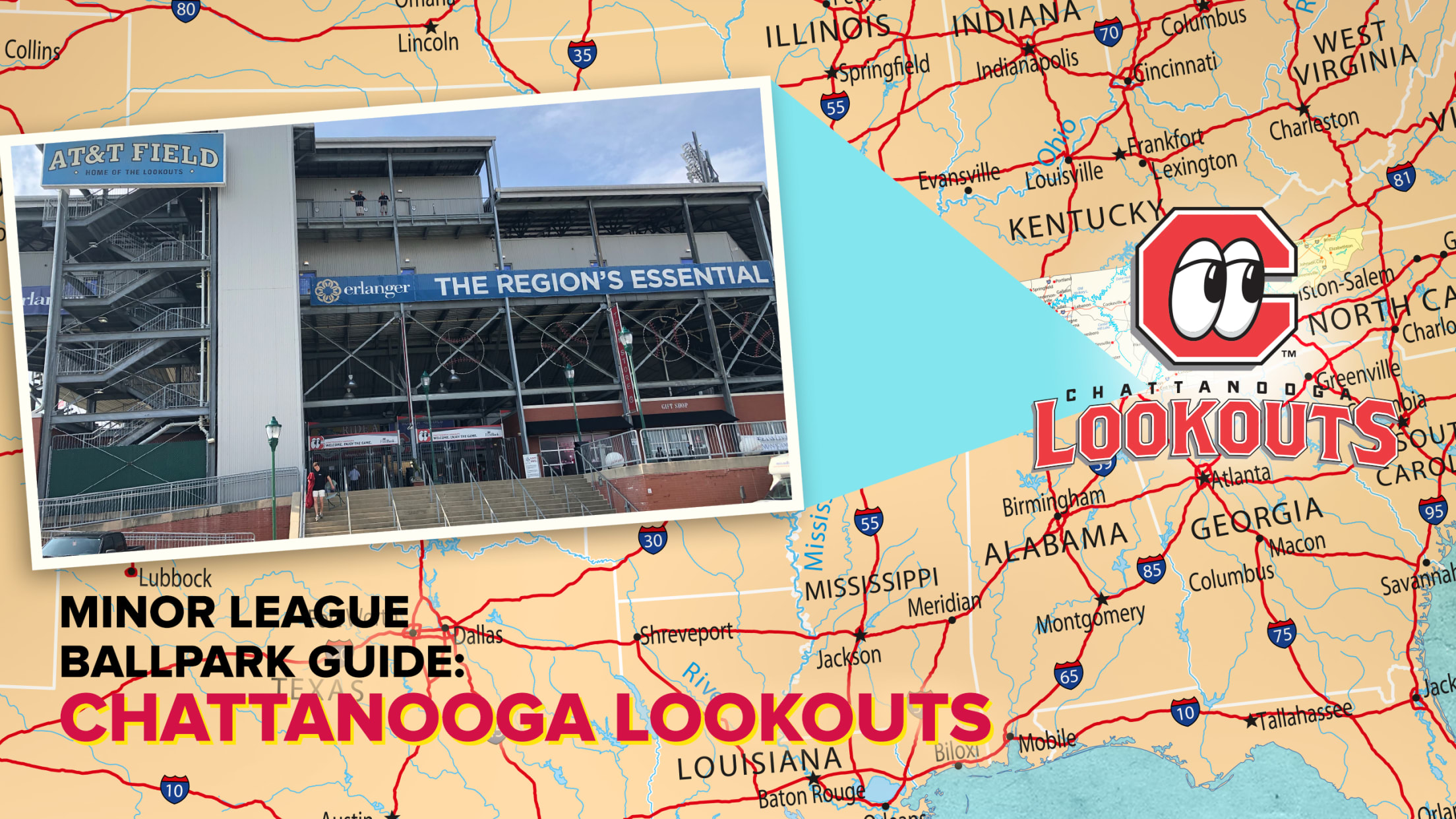 Welcome to AT&T Field, the only Minor League ballpark with an outdoor escalator. Traverse the terrain, keep an eye out for the train and make sure to obtain a program from ballpark icon Wanda Goins. 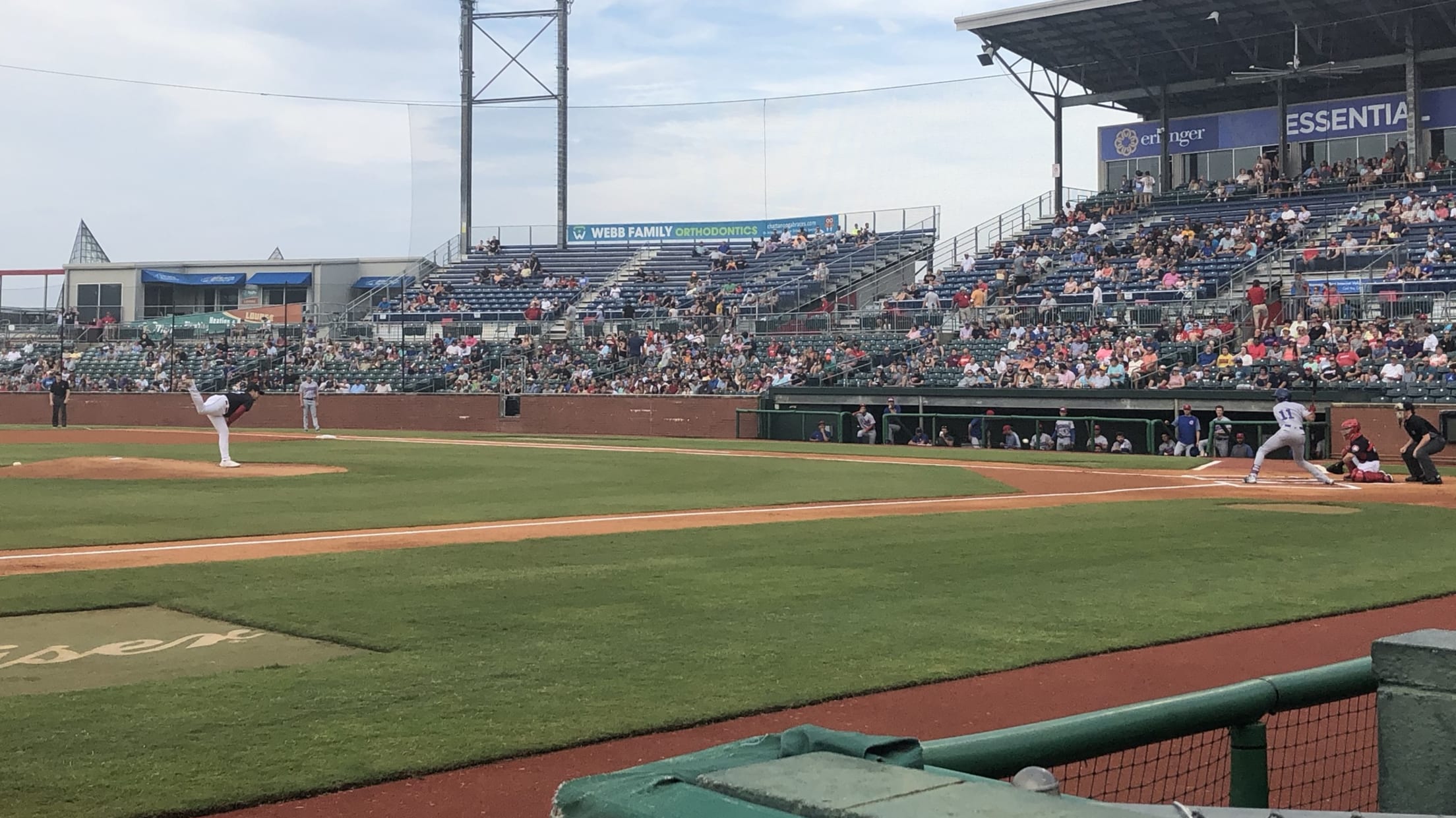 Chattanooga has a long, long history with its Lookouts. The first team bearing that mountain-referencing moniker took the field in 1885, and over the ensuing 136 years the city has, way more often than not, fielded a team named the Lookouts. The current iteration of the Lookouts debuted in the Double-A Southern League in 1976, following a decade-long stretch in which Chattanooga went without Minor League Baseball.

The Lookouts were a Reds affiliate from 1988 through 2008. This relationship resumed in 2019, following six seasons with the Dodgers and four with the Twins. AT&T Field opened in 2000, replacing 70-year-old Engel Stadium. That historic facility is still standing; in 2012 it was utilized as a stand-in for Ebbets Field in the Jackie Robinson biopic 42. 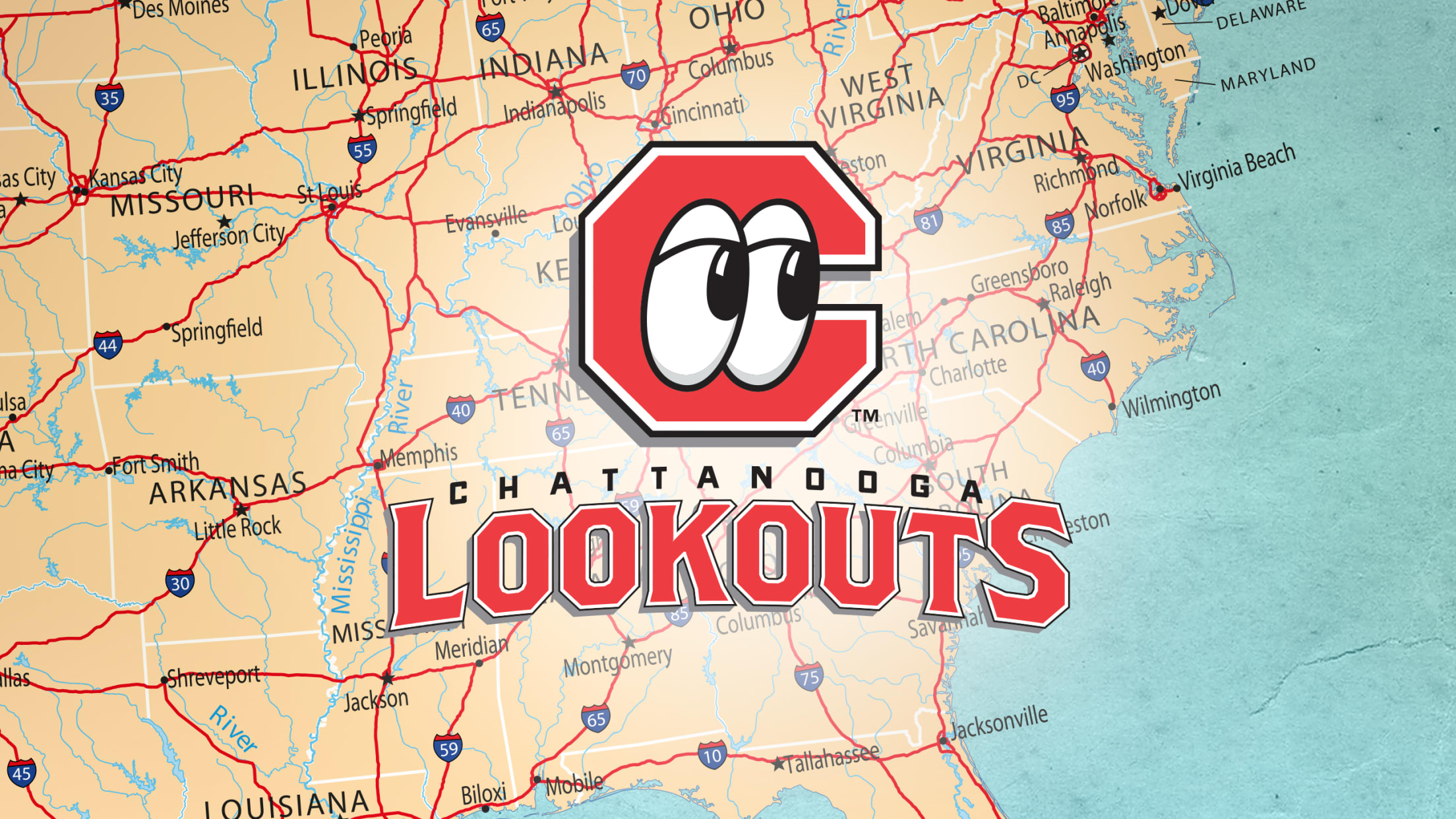 AT&T Field was built in 2000, the last year of the 20th century, and it very much feels like a 20th-century ballpark. This is a facility that is more serviceable than it is spectacular, and be forewarned that shade is in short supply. The seating bowl is asymmetrical, with more seats on the first-base side of the facility. This is because the ballpark is shoehorned into a tight location, built atop Hawk Hill in downtown Chattanooga. Route 27 runs close by the third-base side of the facility, while the Tennessee River runs not far behind it. The seating bowl provides views of Chattanooga's rolling hills and mountains. (Lookout Mountain, which inspired the team name, is approximately seven miles to the southeast and not visible from the ballpark.) 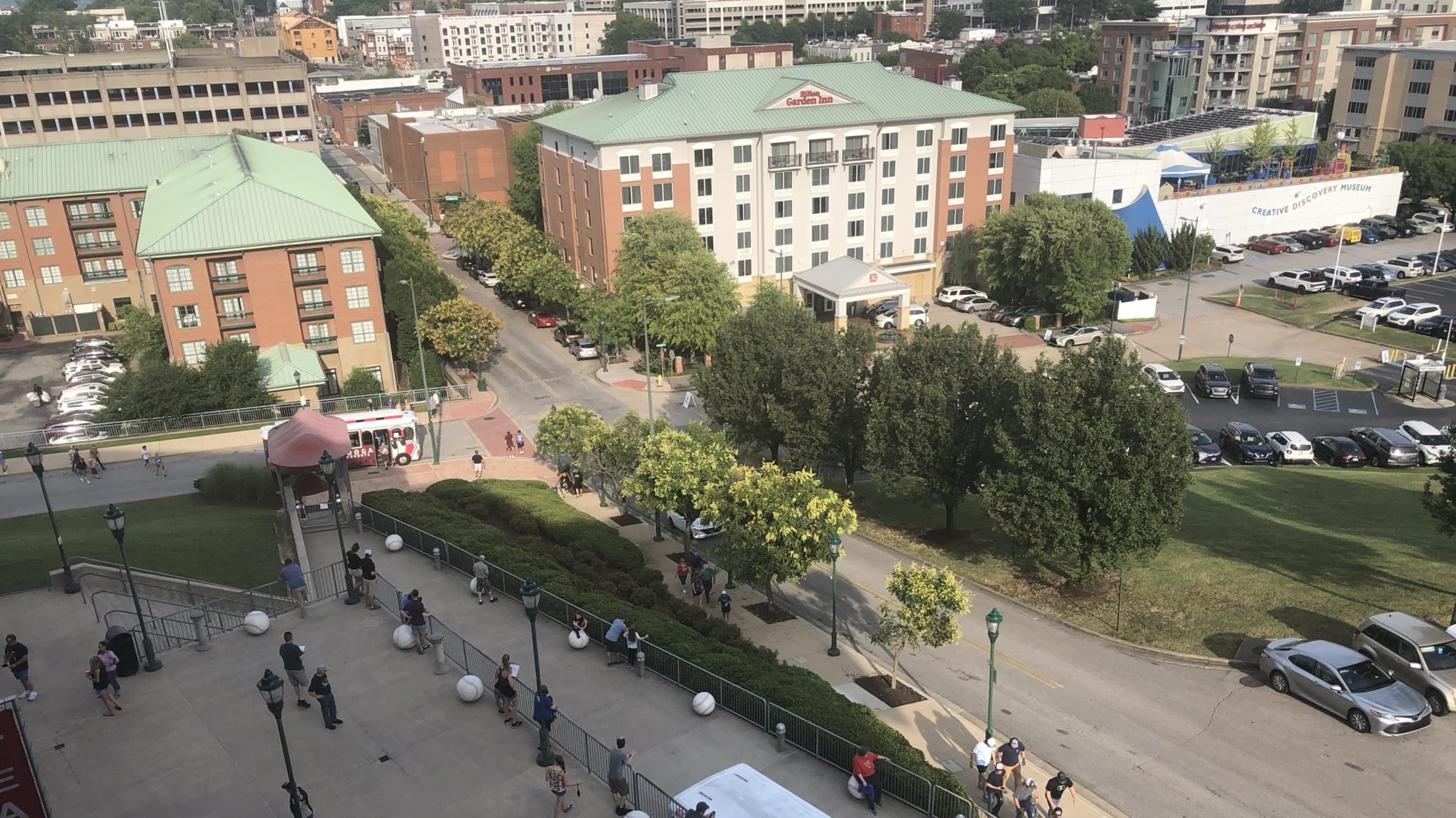 Downtown Chattanooga, as seen from the second level of AT&T Field.

The elevated location makes for a memorable setting. AT&T Field is the only Minor League ballpark with an outdoor escalator leading to the main entrance; another unique transportation option is the team-logo trolley car that transports fans up and down the hill. The ballpark doesn't have its own parking lot, but there are numerous options "down the hill" in downtown Chattanooga. 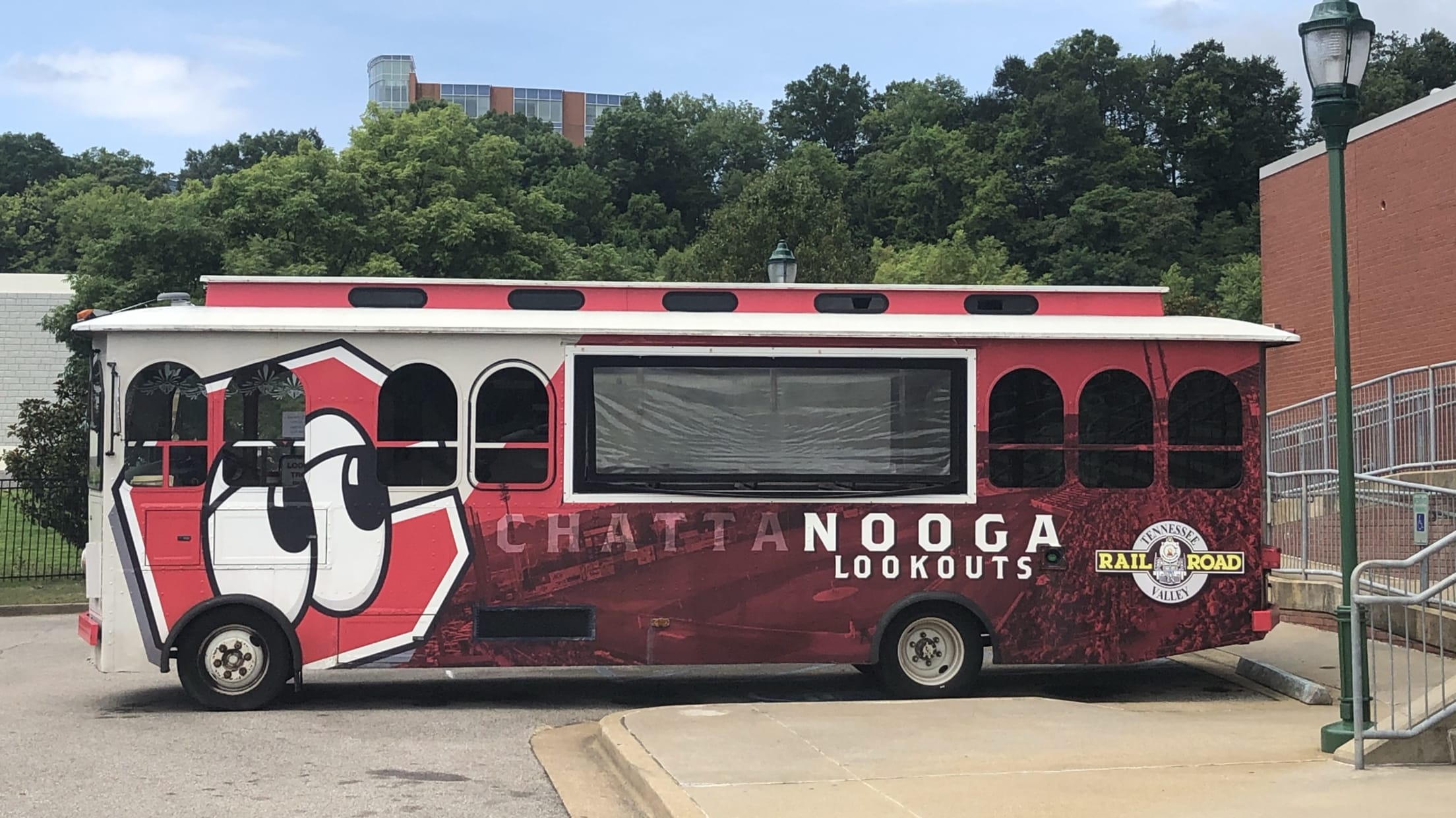 As fans approach the ballpark's main entrance, they'll hear Wanda Goins' voice before they see her. Goins is "Wanda the Program Lady," arguably the most popular gameday employee in all of Minor League Baseball. Her voice, and the warm and welcoming presence behind it, is synonymous with Lookouts baseball. These days Wanda exhorts fans to scan for their program as she holds up a sign with the relevant QR code. 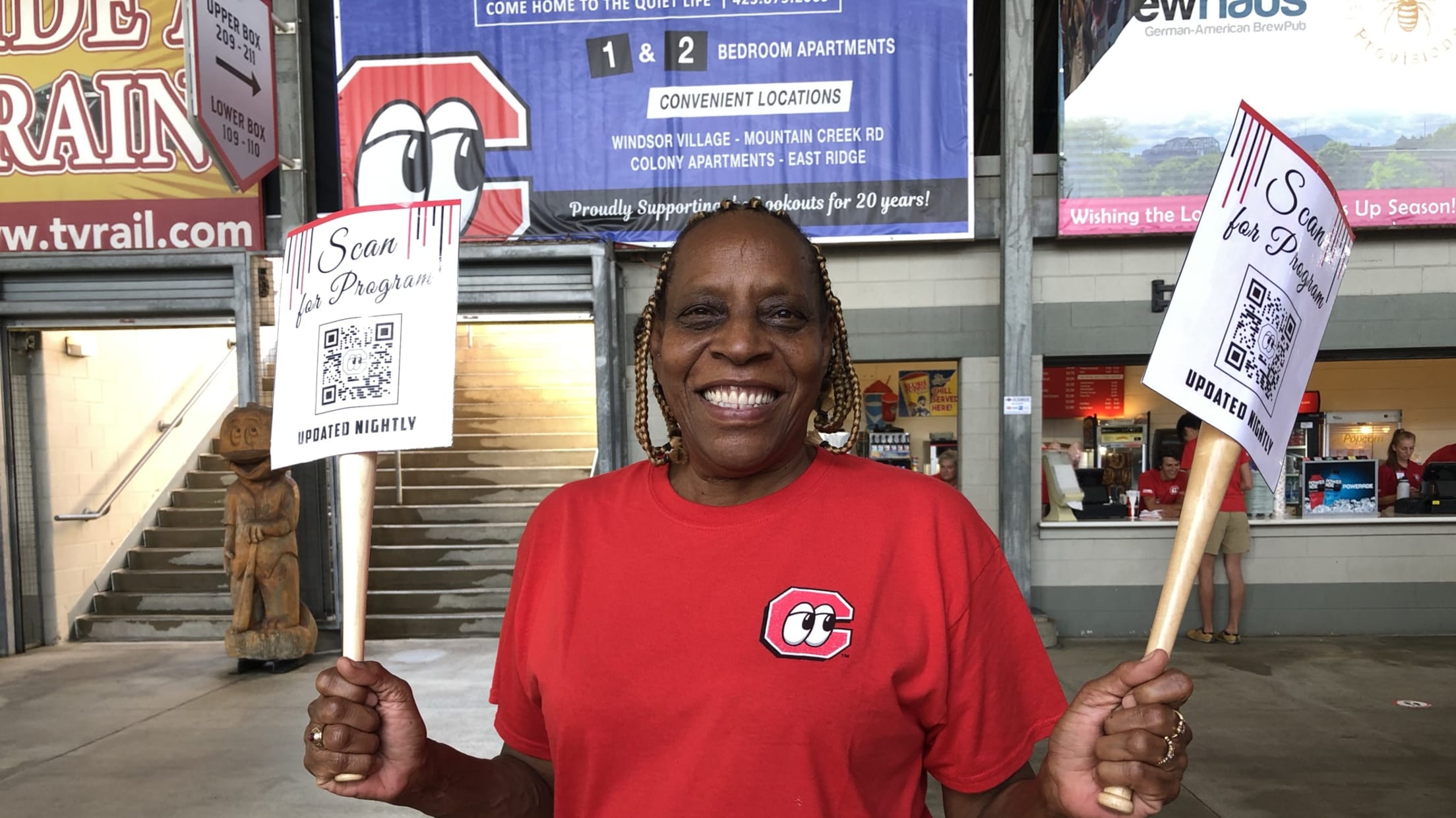 The front entrance deposits fans into a covered concourse, closed off from the playing field. Concessions and restrooms are located here, with stairs (or ramps) leading to the seating bowl. If you make it to your seat before the start of the game, you can catch AT&T Field's ballpark train as it does its pregame run along a small portion of track behind the outfield wall. During the game, the train emerges from its right-center-field lair anytime a Lookouts batter hits a home run. 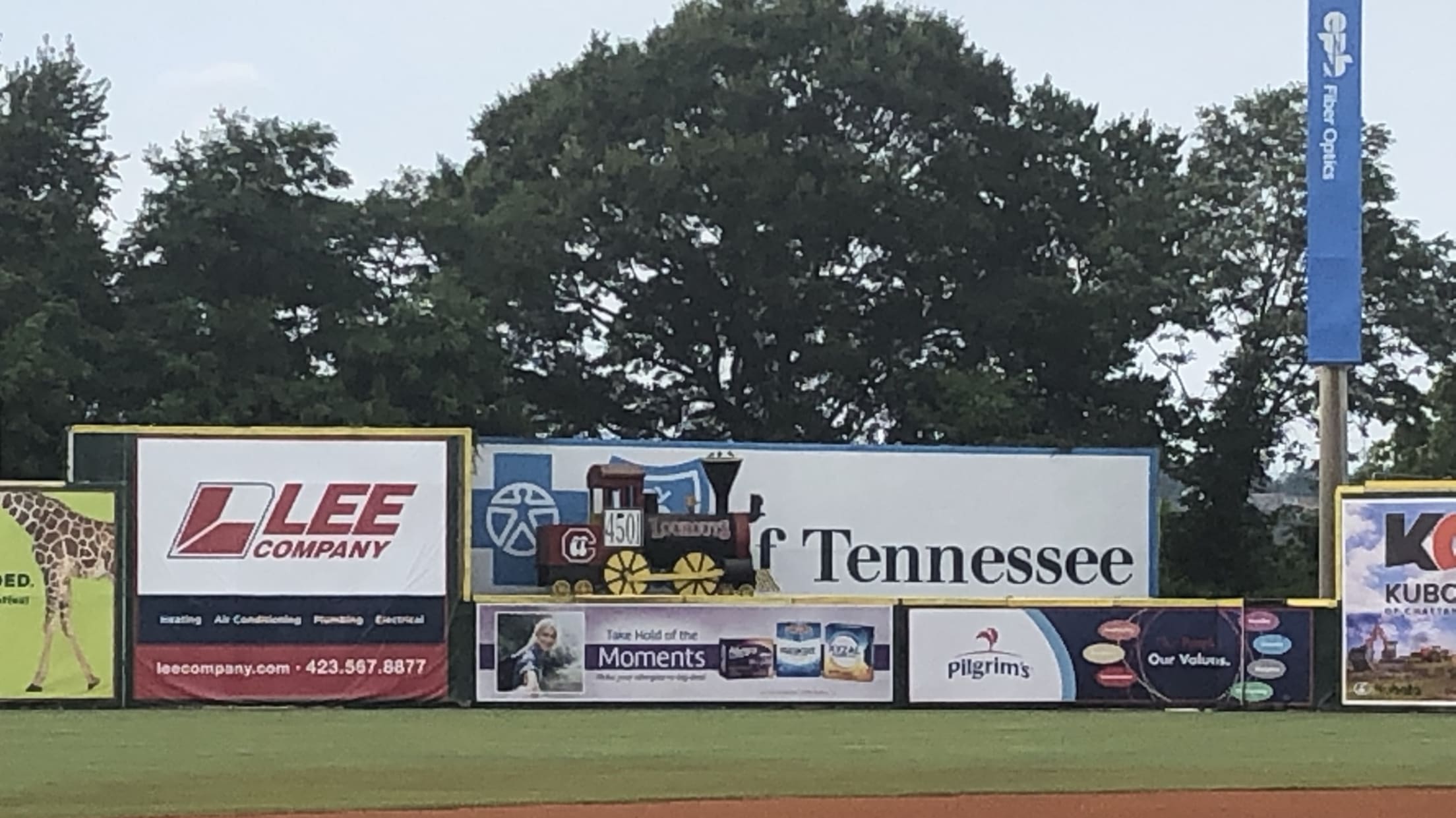 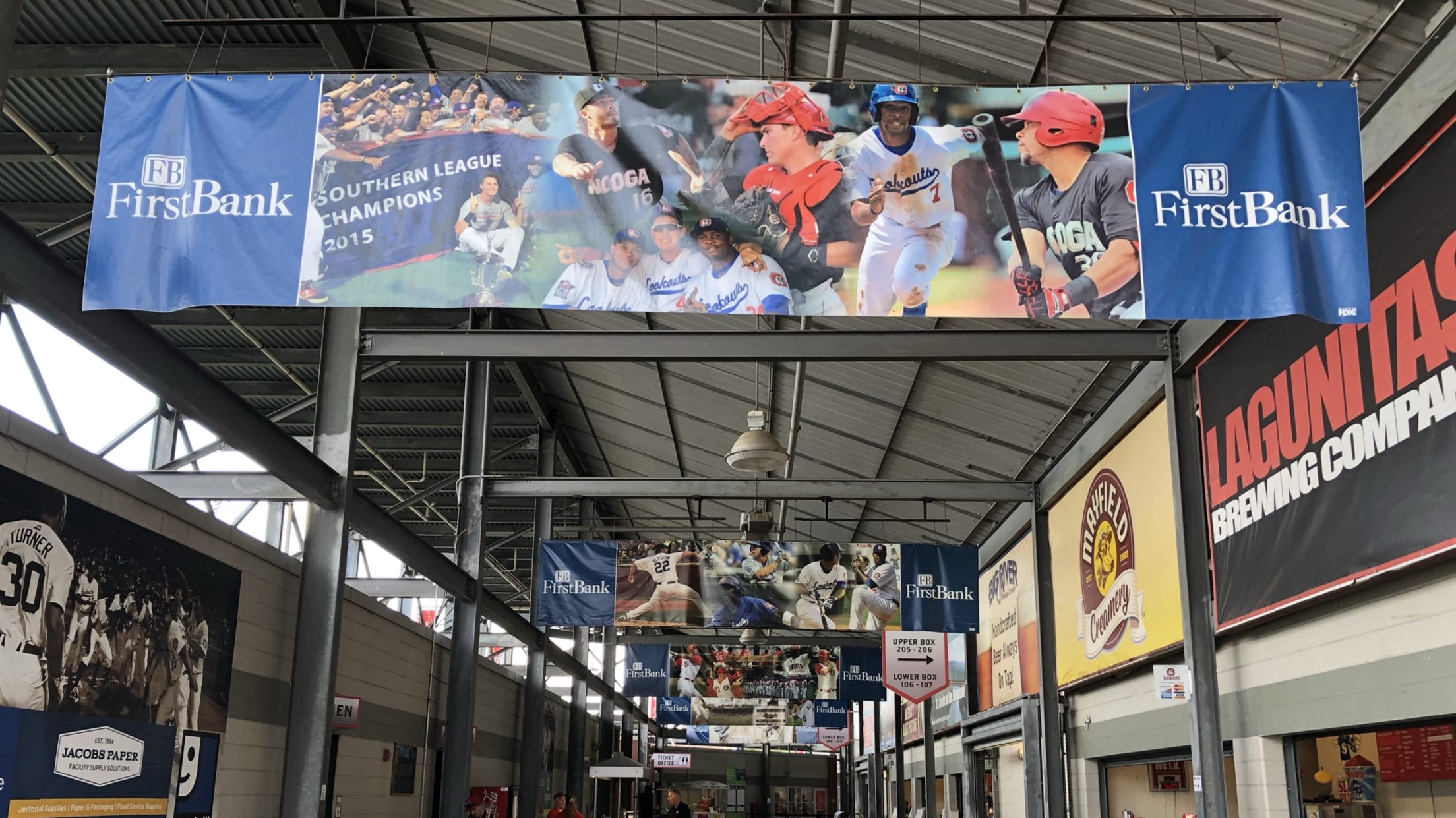 AT&T Field's concessions can be found on the concourse, obscured from the playing field. These cramped environs don't allow for much variety, so expect the basics: hot dogs, hamburgers, French fries, nachos and chicken fingers. The Lookout Grill, a standalone kiosk, offers loaded Philly-style cheesesteaks. (Although Philadelphians, notoriously particular about cheesesteaks, would probably disagree that they are indeed Philly-style.) 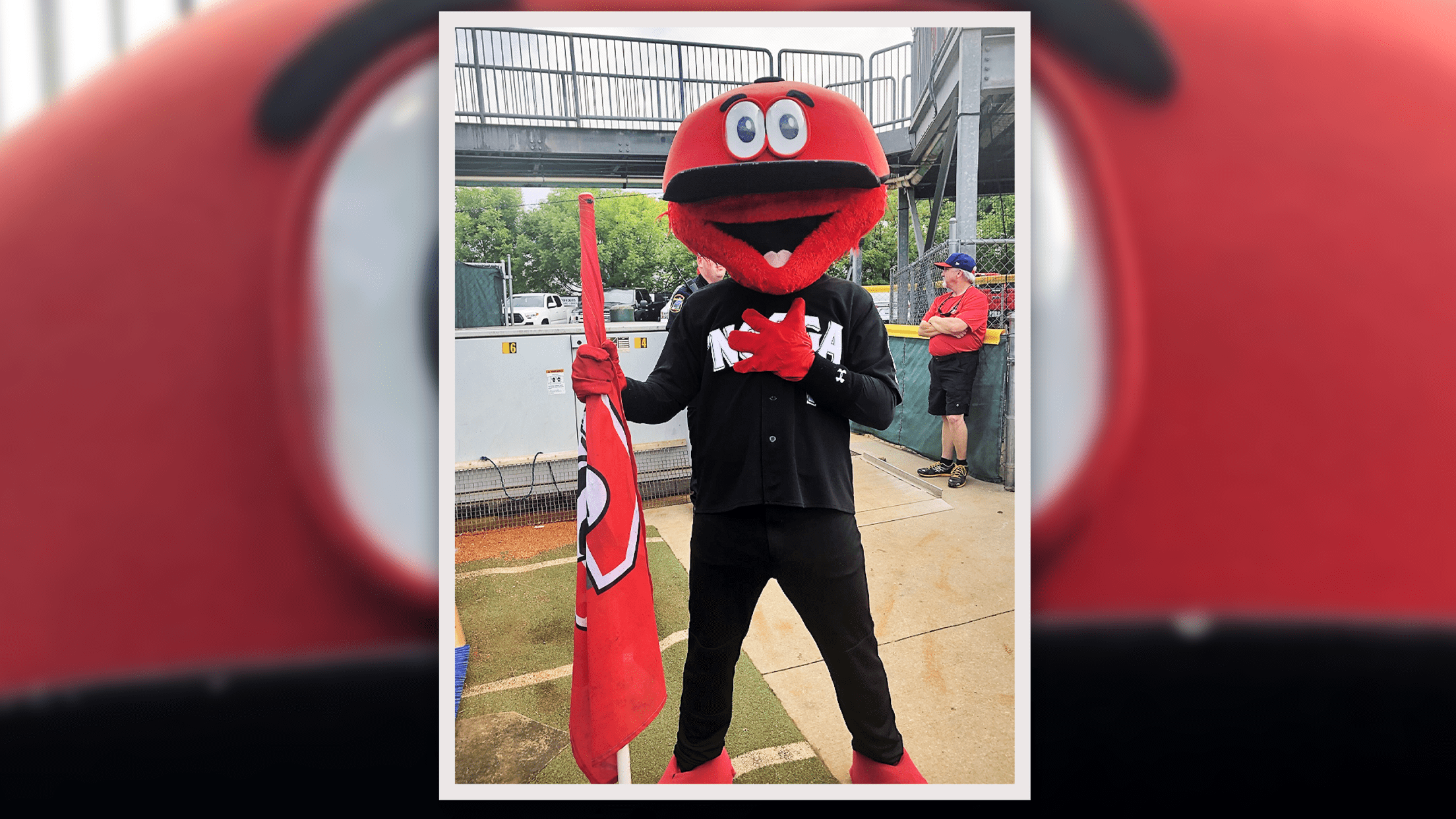 The Tennessee Aquarium, whose distinctive glass roof is visible from AT&T Field, is downtown Chattanooga's top attraction. For those who prefer flippers to fish, the Chattanooga Pinball Museum is a most worthwhile excursion.

The Tennessee Valley Railroad Museum is, quite literally, a moving experience. Visitors are able to ride restored trains along historic routes. And if you're in town to see the Lookouts, then check out the mountain for which they are named. On Lookout Mountain, one can visit an underground waterfall (Ruby Falls) and ride the ultra-steep Incline Railway. Gorgeous views await.

Given AT&T Field's downtown location, there is no shortage of food and beverage options in the immediate vicinity of the ballpark. Highlights include the Maple Street Biscuit Company, Big River Grille and Brewing Works and Sticky Fingers Ribhouse.

The Chattanooga Brewing Company, established in 1890, is the city's oldest brewery. Other options include WanderLinger Brewing Company and Naked River Brewing and BBQ. For much more barbecue, check out the Chattanooga-area establishments included in the Southeast Tennessee BBQ Trail. And if you're in search of an old-fashioned atmosphere, check out Zarzour's Cafe. It opened in 1918 and is still going strong.

There are several hotels located within walking distance of AT&T Field. These tend to be on the pricier end of the spectrum due to the downtown location. Cheaper options can be found along I-24, west of Lookout Mountain.

The Lookouts are one of four Minor League Baseball teams in the state of Tennessee, along with the Memphis Redbirds, Nashville Sounds and Tennessee (Knoxville-area) Smokies. The team closest to the Lookouts are the Rome (Georgia) Braves, located directly to the south. Another comparatively nearby option are the Rocket City Trash Pandas, located to the southwest in Madison, Alabama.

The Road to Cincinnati

The Cincinnati Reds' farm system is fairly sprawling. Players are promoted from Low-A Daytona to High-A Dayton; despite the similarities in the names of these two locales, nearly 1000 miles separate them. The Lookouts are at the Double-A level, of course, with the Louisville Bats situated one rung above them. 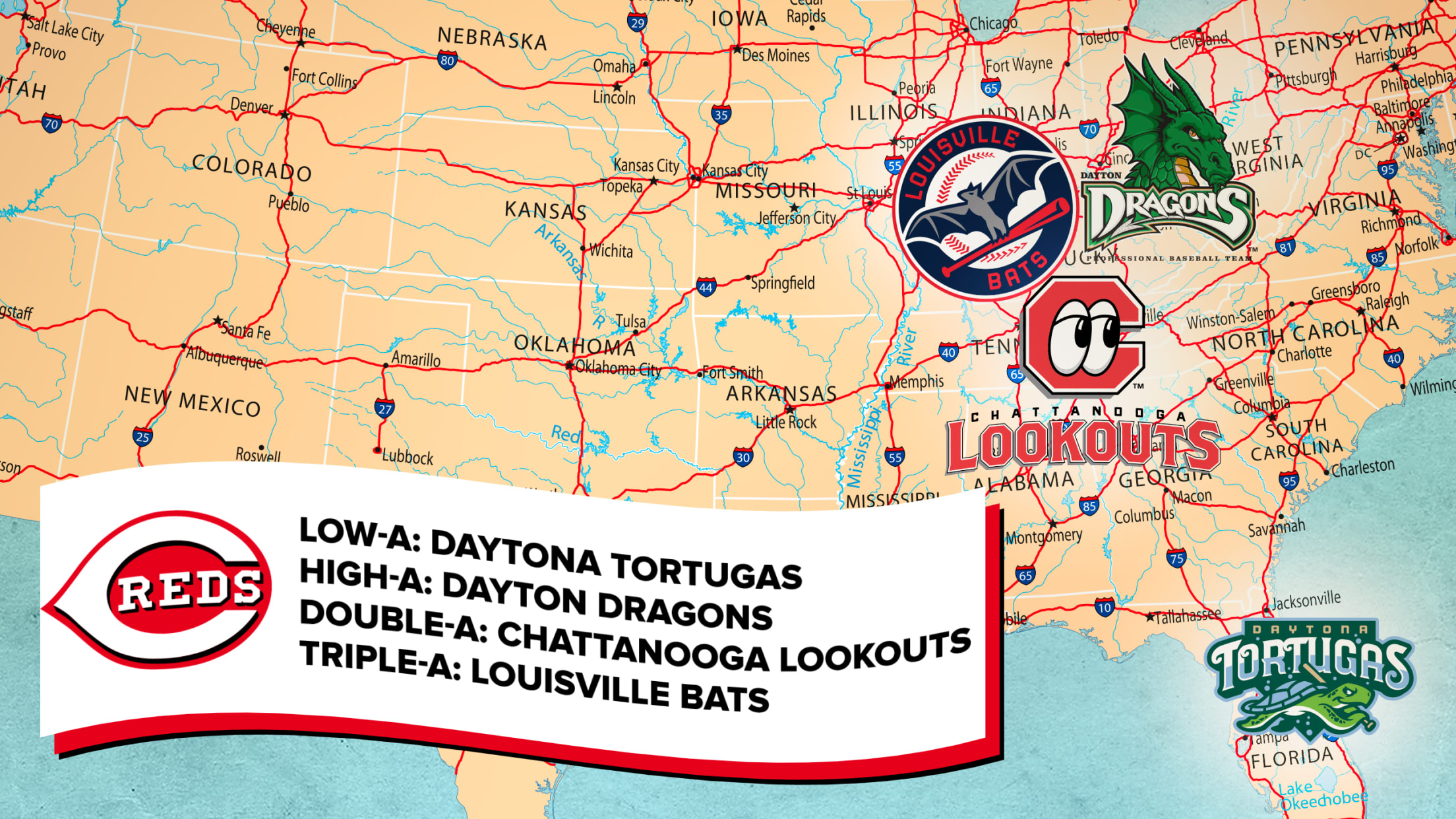