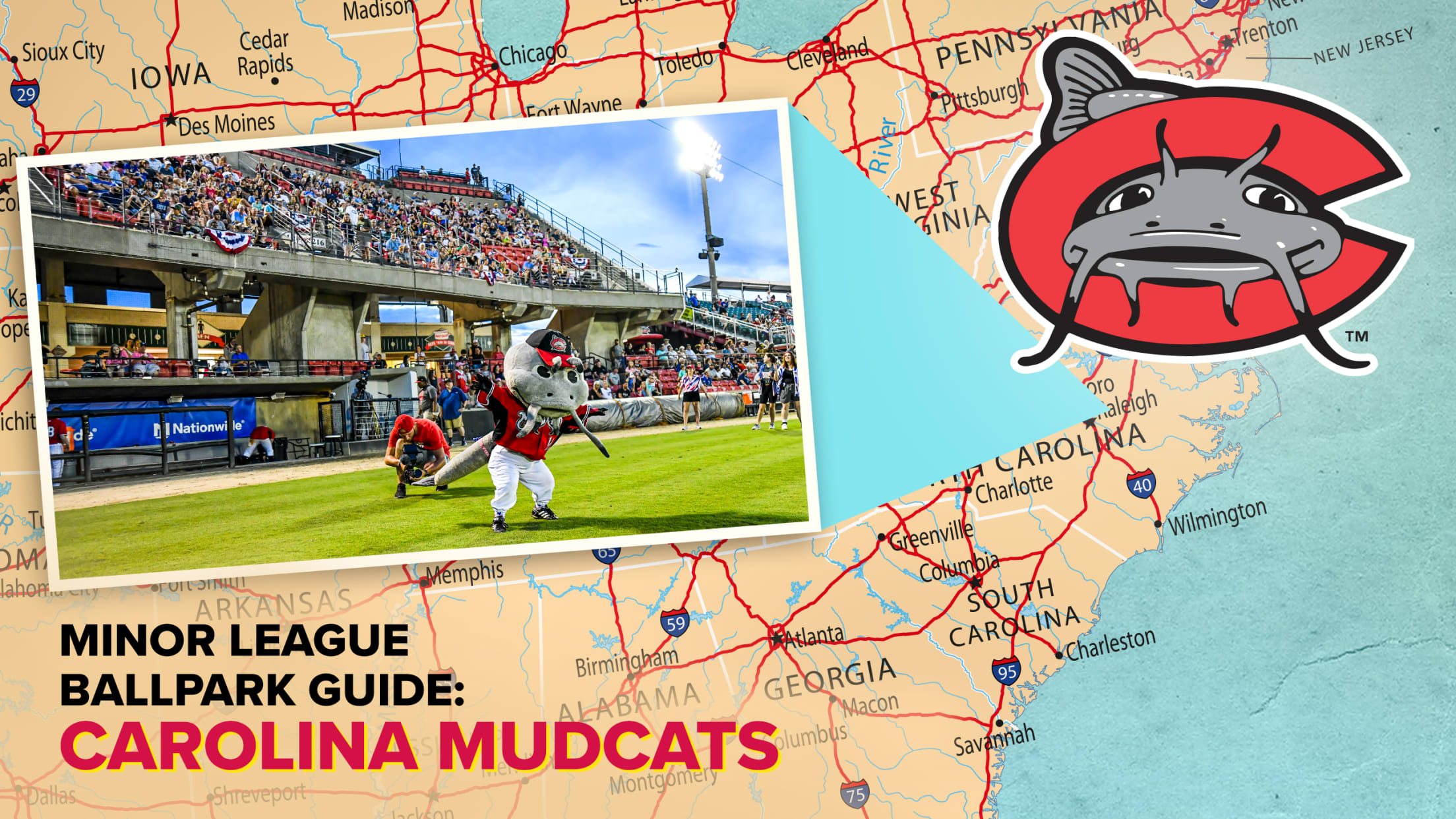 Welcome to Five County Stadium in Zebulon, N.C., home of the Carolina Mudcats. Mingle with a bipedal catfish, gaze upon a team-logo water tower and watch the "micro" Brewers while enjoying a local beer. 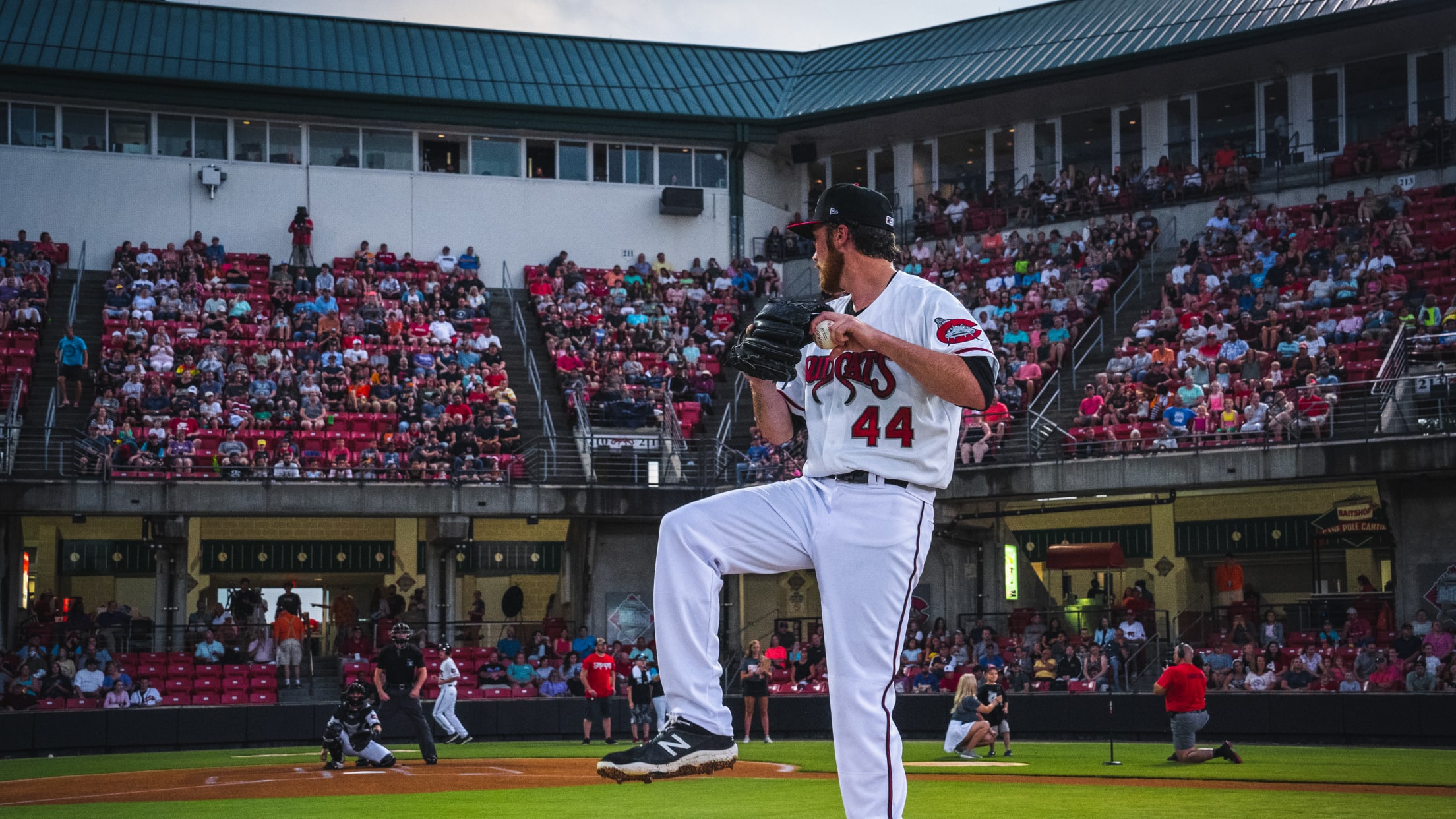 The Carolinas, long a Minor League Baseball hotbed, are currently home to 15 teams (10 in North Carolina and five in South Carolina). The Carolina Mudcats, members of the Carolina League, are, not surprisingly, one of these teams. Specifically, the team operates out of the Raleigh suburb of Zebulon, N.C.

The Carolina Mudcats arrived on the scene in 1991, having relocated from Columbus, Ga. The Mudcats name, adopted in 1989 while the team was still in Columbus, is a slang term for a catfish. This moniker and its corresponding logo, which became a pre-internet viral sensation, beat out Generals, Cannons, River Rats and Scrambled Dogs (a local frankfurter-based culinary specialty) in a name the team contest. 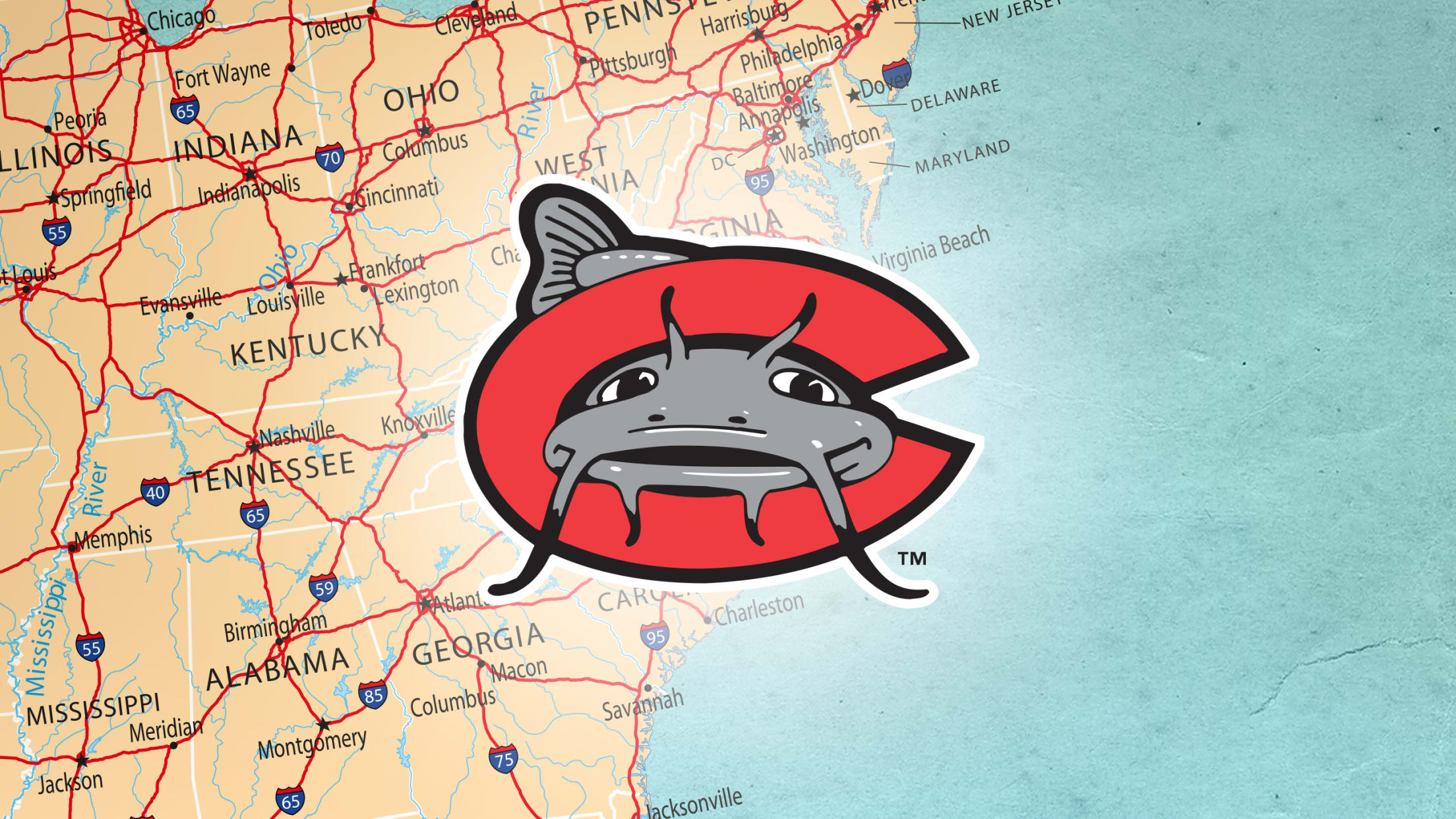 The Carolina Mudcats were members of the Double-A Southern League from 1991 through 2011, a period of time in which they were affiliated with Pittsburgh, Colorado, Florida and Cincinnati. Following the 2011 season, the Double-A Mudcats relocated to Pensacola, Fla. and became the Blue Wahoos. In a corresponding move, the Kinston Indians of the Class A Advanced Carolina League relocated to Zebulon and assumed the Mudcats mantle.

The Mudcats began their current affiliation with the Milwaukee Brewers in 2017, following three years with Cleveland (2012-14) and two with Atlanta (2015-16). Following the 2017 season, the Brewers became majority owners of the team. In 2021, following a larger restructuring of Minor League Baseball, the Carolina League was reclassified as a Single-A circuit. 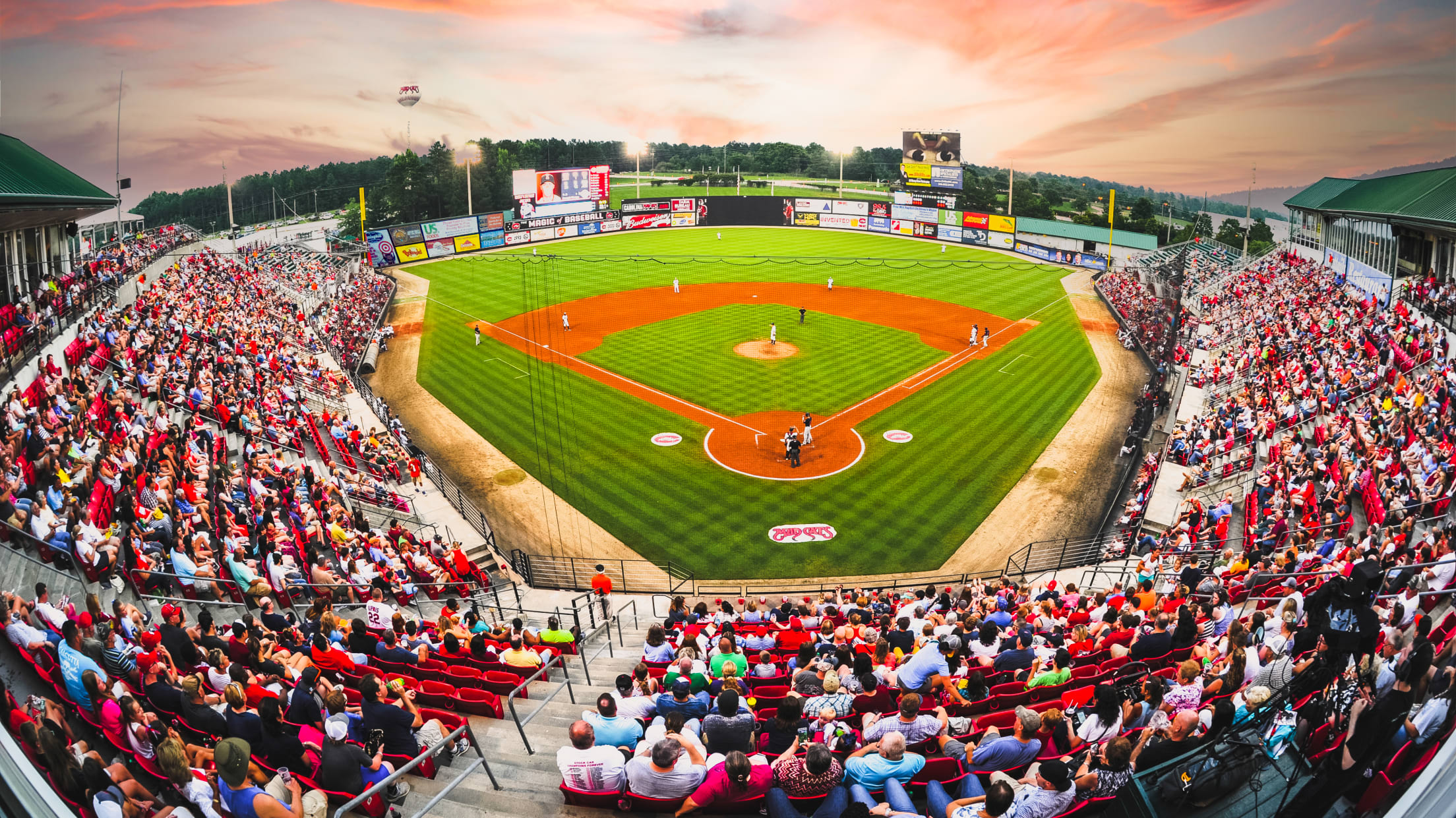 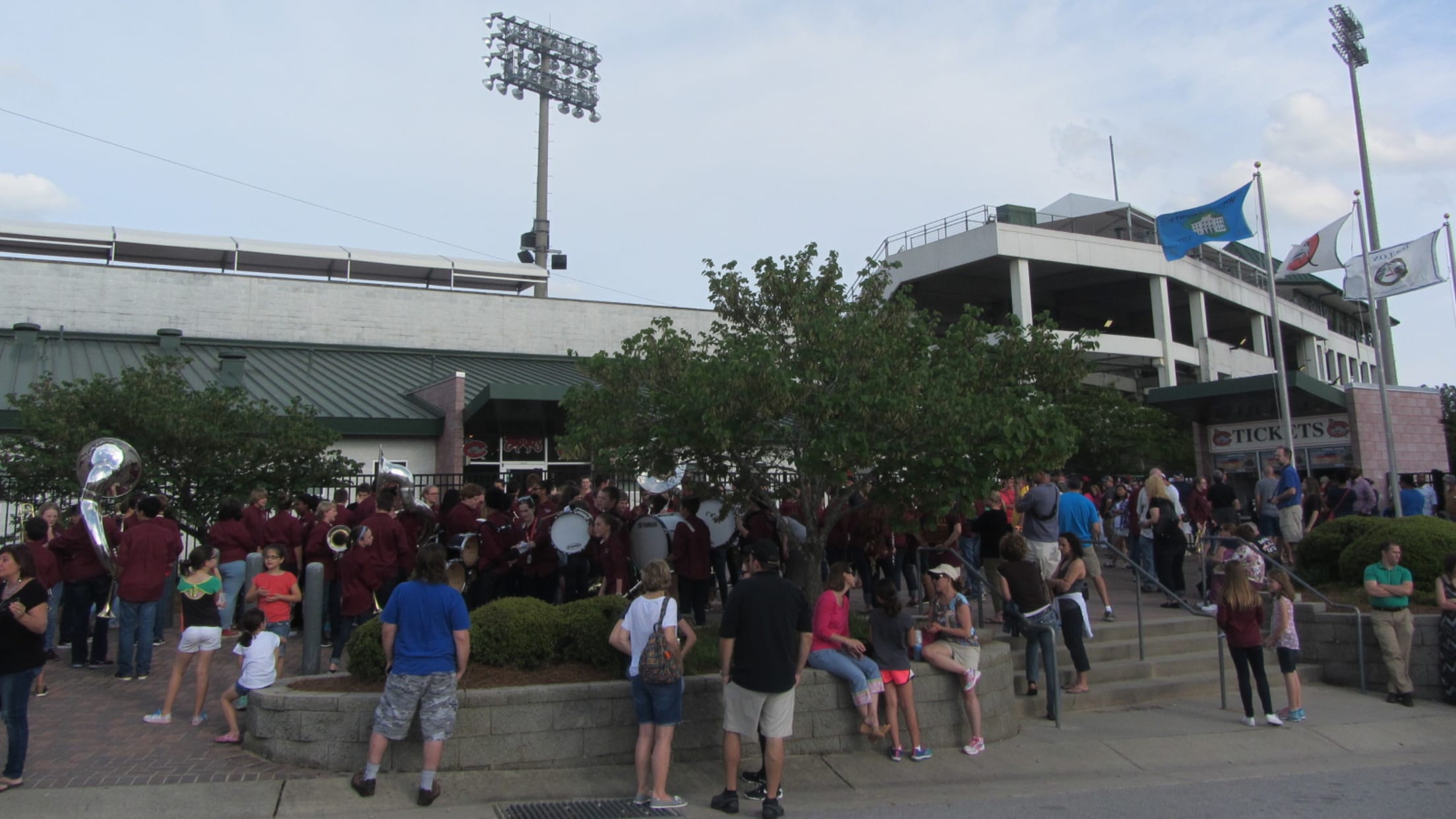 Five County Stadium was built in an inauspicious, albeit strategic, location, just outside of the territorial rights of the Greensboro Grasshoppers and Durham Bulls. The five counties referenced in the ballpark name are Wake, Franklin, Nash, Johnston and Wilson (the facility itself is located in Wake, with Franklin, Nash and Johnston all within 1500 feet).

North Carolina state route 39 runs east of the ballpark, beyond the outfield. Large parking lots are situated on both the first and third-base sides, and a large patch of grass lies beyond home plate. Five County Stadium was built for just $2.5 million dollars, a small sum even by 1991 standards. When the first game was played there, on July 3 of that season, workers were still installing seats as the gates opened. 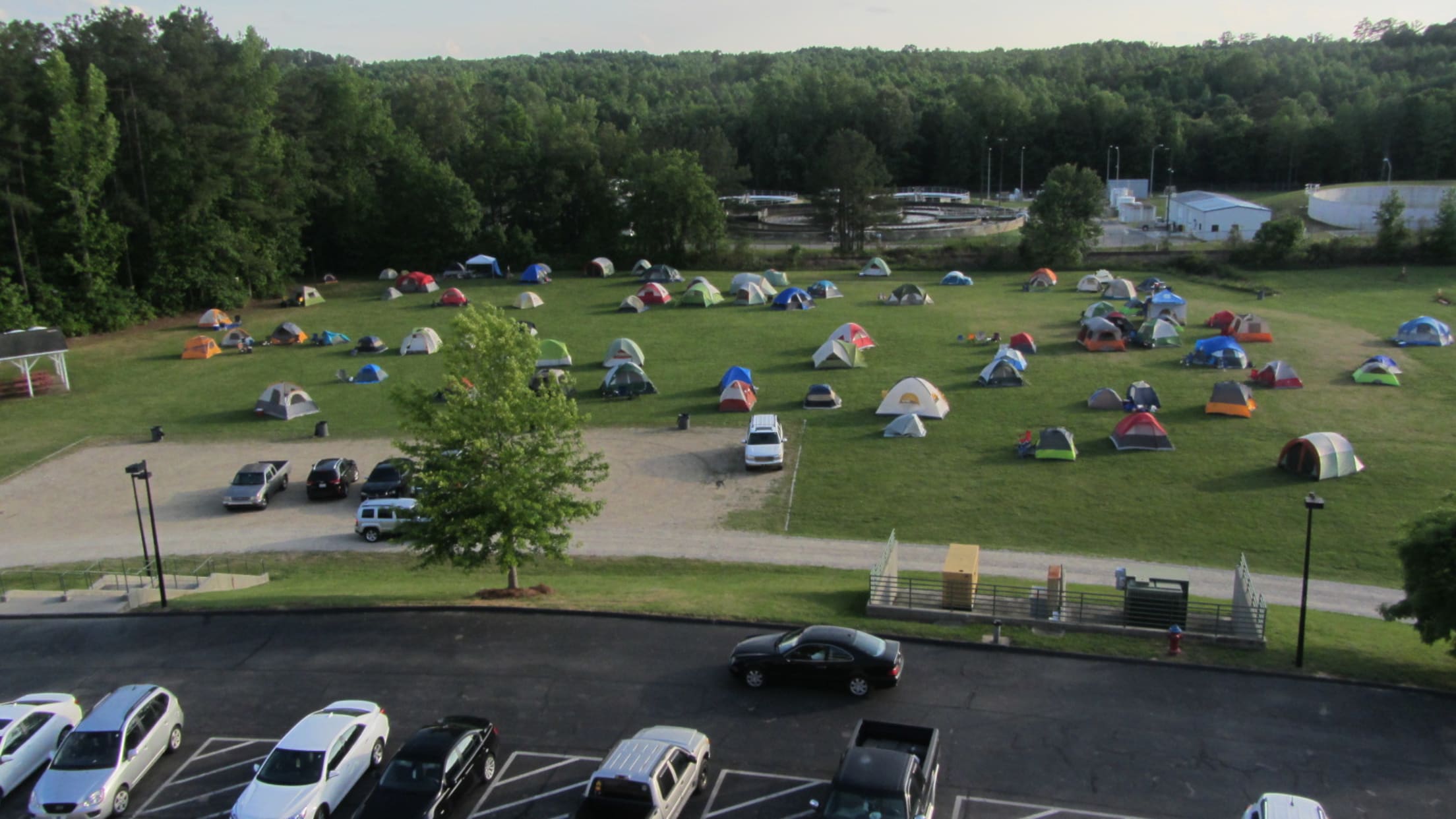 Five County Stadium has been extensively renovated since those slapdash beginnings. Its hulking concrete exterior, serving as the backbone of a multi-level seating bowl, brings to mind a scaled-down version of the multi-purpose stadiums that dominated Major League Baseball in the 1970s and 80s. The majority of the seats are on the second level, with the first level protected by foul pole to foul pole netting. The closed concourse, running from first base to third base, is located behind the seating bowl. 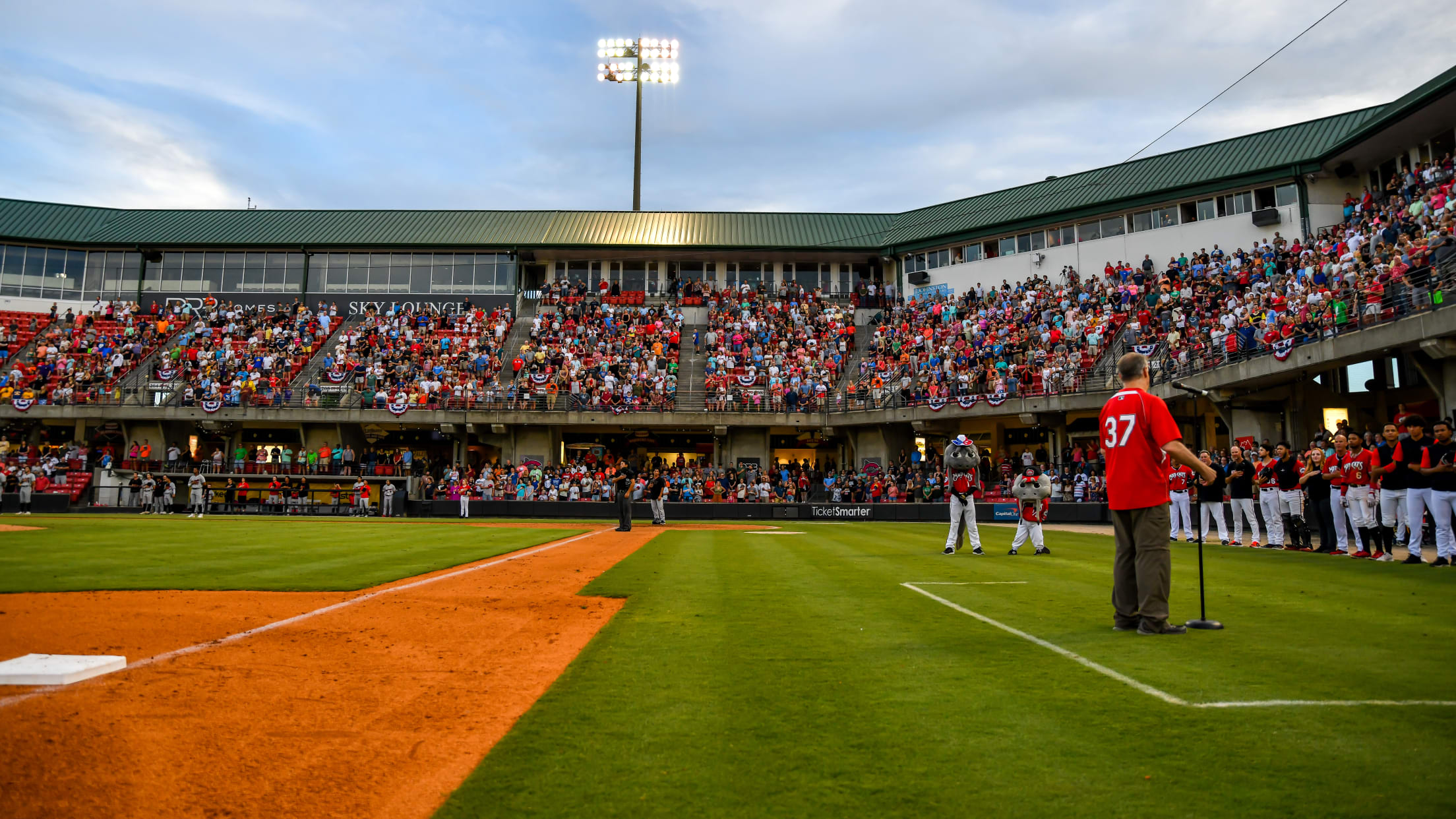 Group areas include a left-field party deck and the upper-level DRB Sky Lounge, which used to be a full-service restaurant called "Cattails." This area offers elevated views of the playing field as well as the water tower that looms beyond left field. The tower has "Zebulon" written vertically along its base, with the rounded upper area featuring painted baseball seams and a Mudcats logo. 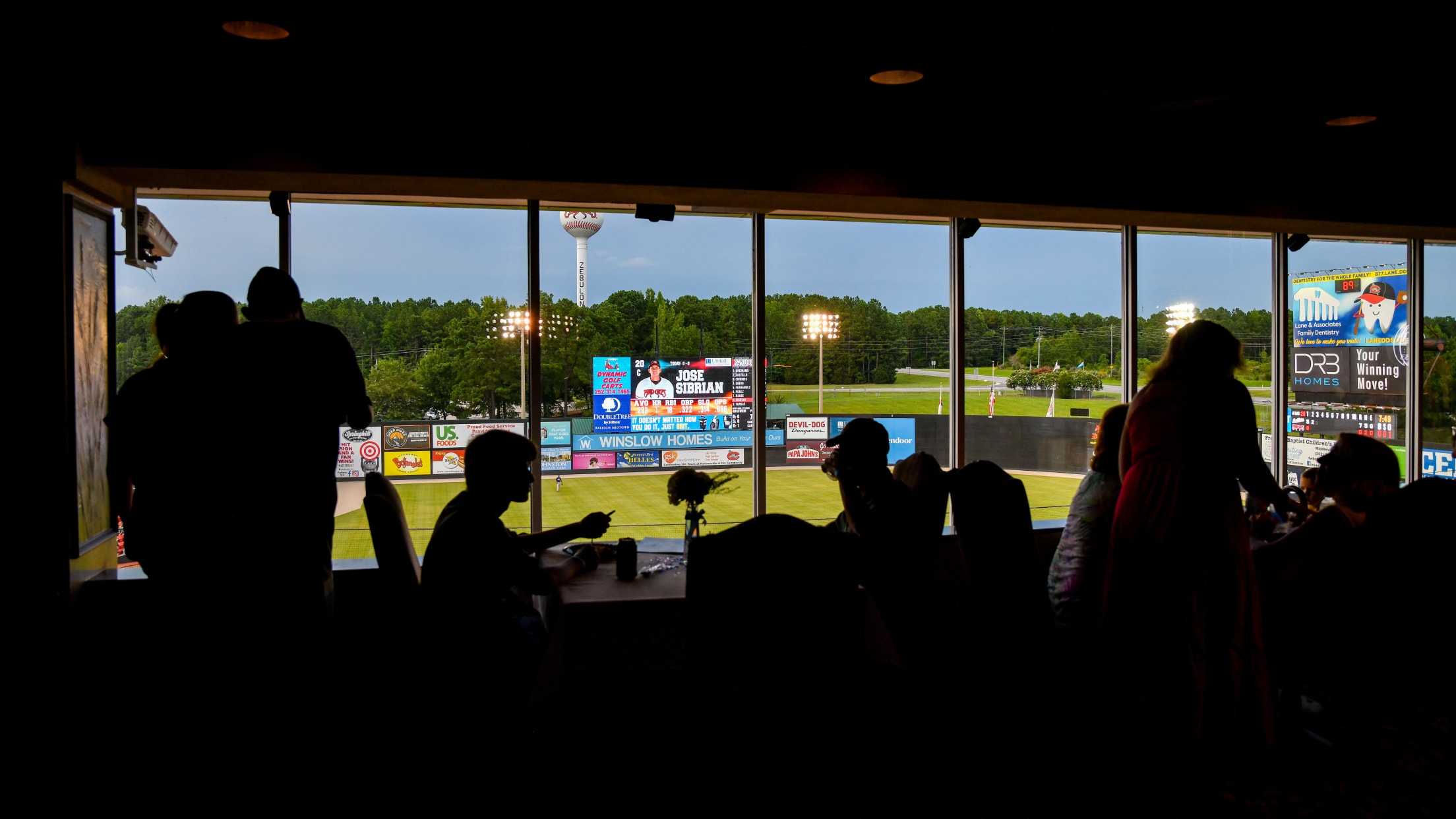 When the home team is named after a slang term for a catfish, then catfish should be on the menu. The Mudcats deliver via a catfish sandwich - cornmeal crusted, deep-fried and served with tartar sauce on the side. The catfish combo, meanwhile, eschews the bun and comes with fries. Another popular option is the BBQ Nachos, which offer a choice between two types of sauce (smoky or vinegar-based).

In 2019 the Mudcats unveiled their Micro Brews alternate identity, which references both their Milwaukee Brewers affiliation and the region's craft beer scene. Be on the lookout for local brews in addition to offerings from the usual domestic behemoths. 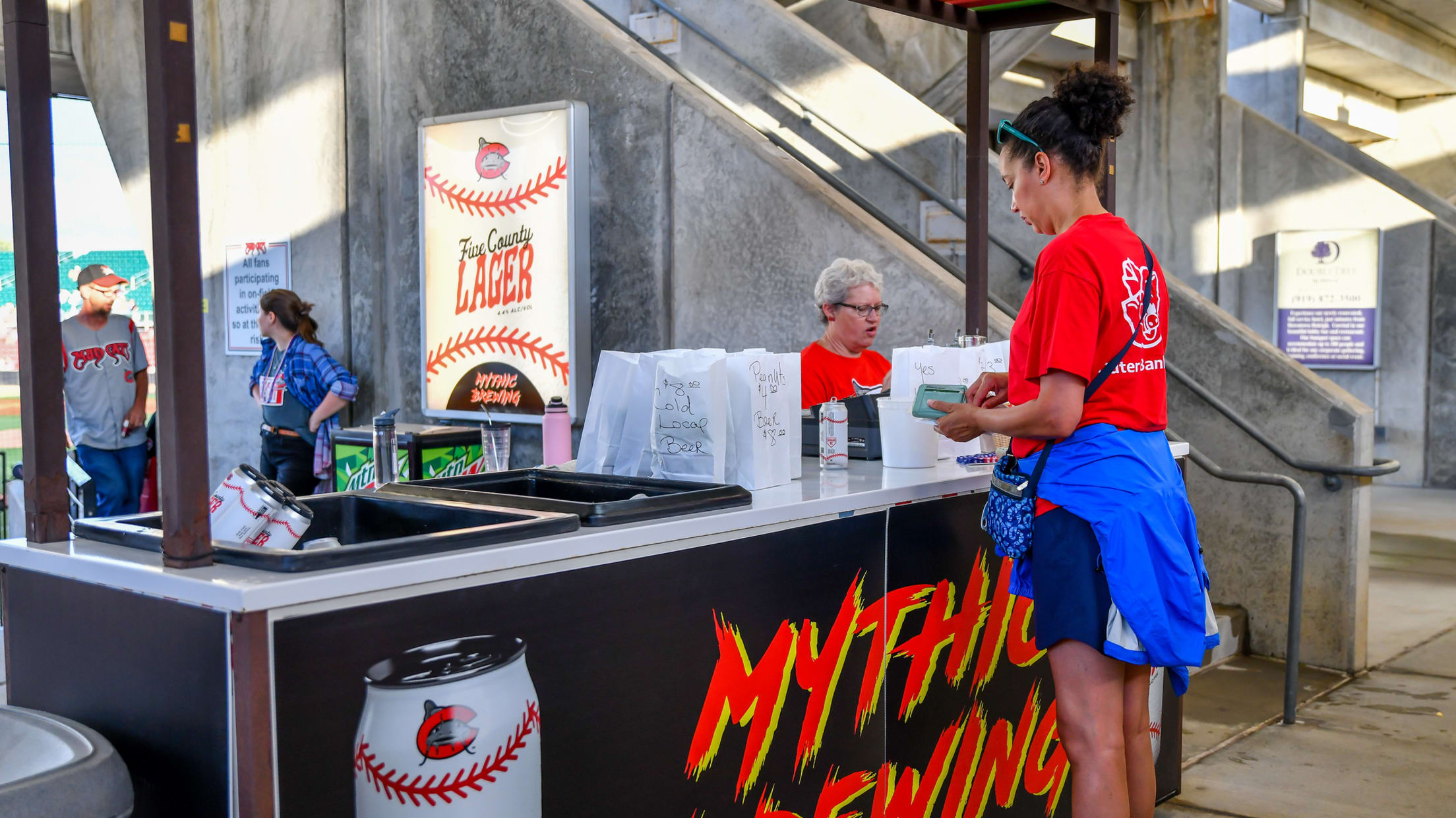 Muddy has two legs, which is just one of the many ways in which he differs from the average catfish. But he's a catfish nonetheless, as his tail and ample whiskers make clear. He is oftentimes joined by his diminutive pal Mini Muddy, who boasts similar characteristics on a smaller (fish) scale. Muddy and Mini-Muddy aren't exactly thrilled that the Mudcats sell catfish sandwiches at the ballpark, but they have been assured that they are exempt from ever being coated in cornmeal and deep-fried. 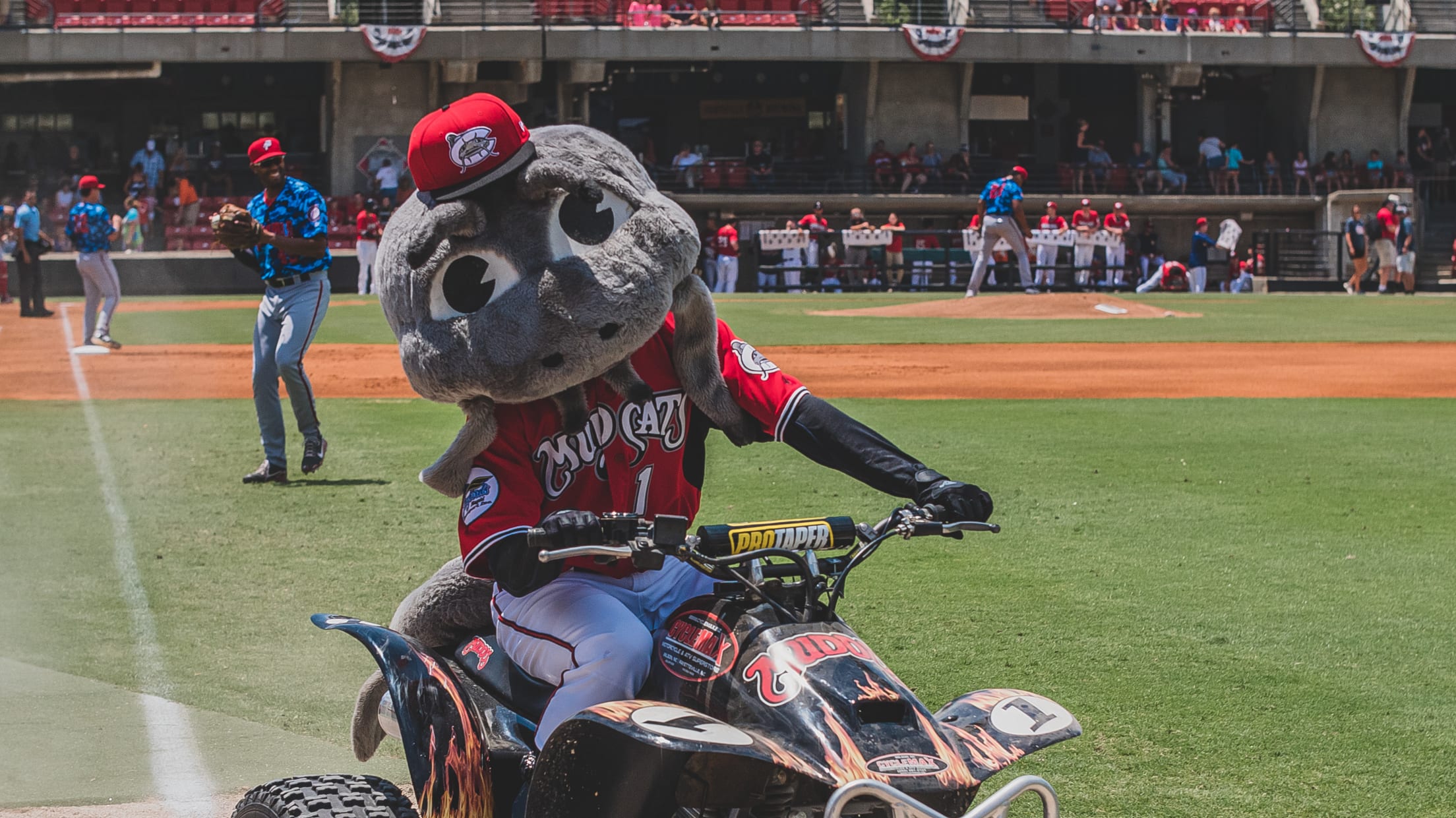 Zebulon's population has nearly doubled over the past two decades, but nonetheless is still a small town comprised of approximately 8,000 souls. Explore its historic downtown, whose Town Hall displays the work of myriad local artists. Zebulon Community Park, one of many public parks in the area, is home to a well-regarded disc golf course.

There are, of course, four other nearby counties to explore. Raleigh, North Carolina's capital city, is home to a wide variety of cultural and sporting attractions and located just 20 miles away.

McClean's Ole Time Cafe, in Zebulon, has been serving up hearty country meals since 1956. For fare that's slightly fancier - but equally filling - head to the Southland Steakhouse. The town has a strong and complementary array of drinking establishments, with standouts including The Fall Line, Olde Raleigh Distillery and the Mythic Brewing Taproom. Deep River Brewing, in nearby Clayton, is worth checking out as well. 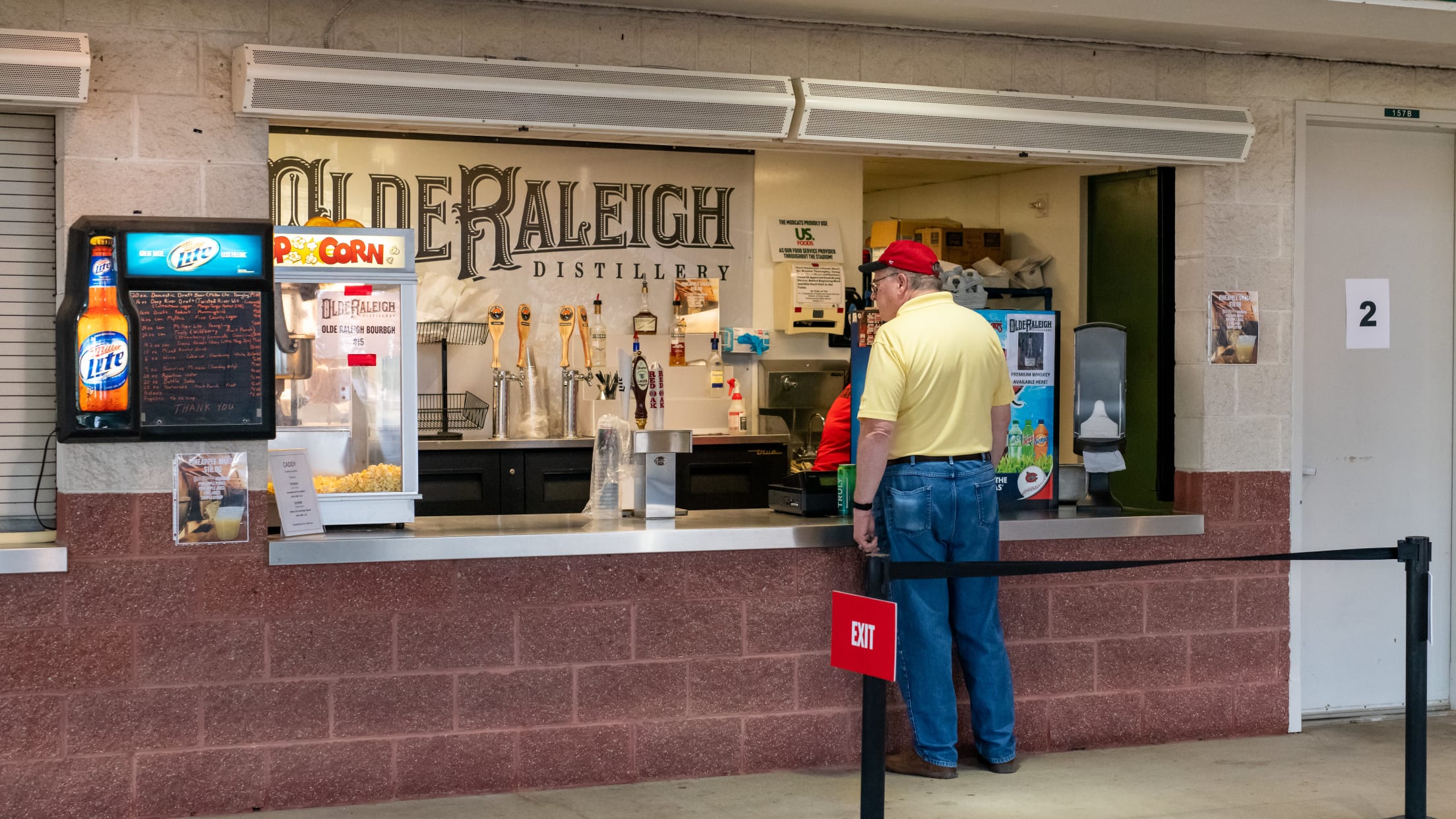 There aren't many hotels or motels in the immediate vicinity of the ballpark. But if one heads east on I-87, the options become increasingly plentiful the closer one gets to Raleigh. One of the closest establishments is Zebulon's Lakeside Resort, a comparatively swanky spot offering deep tissue massages on the premises.

When it comes to Minor League Baseball, there are no more fertile grounds than the Carolinas. Since the Mudcats play in Zebulon, how about making them the end point of a North Carolina A-to-Z road trip: Asheville, Hickory, Charlotte, Kannapolis, Winston-Salem, Greensboro, Durham, Fayetteville, Down East, Zebulon.

This, of course, might not be the most logical itinerary within the state, and doesn't account for its myriad summer-collegiate and independent baseball options. The possibilities are only limited by your imagination (and, perhaps more importantly, your budget).

The Road to Milwaukee

The Mudcats are the first stop in the Brewers' sprawling system. Farmhands then move on to Wisconsin, Mississippi and Tennessee before achieving the ultimate goal in Milwaukee. 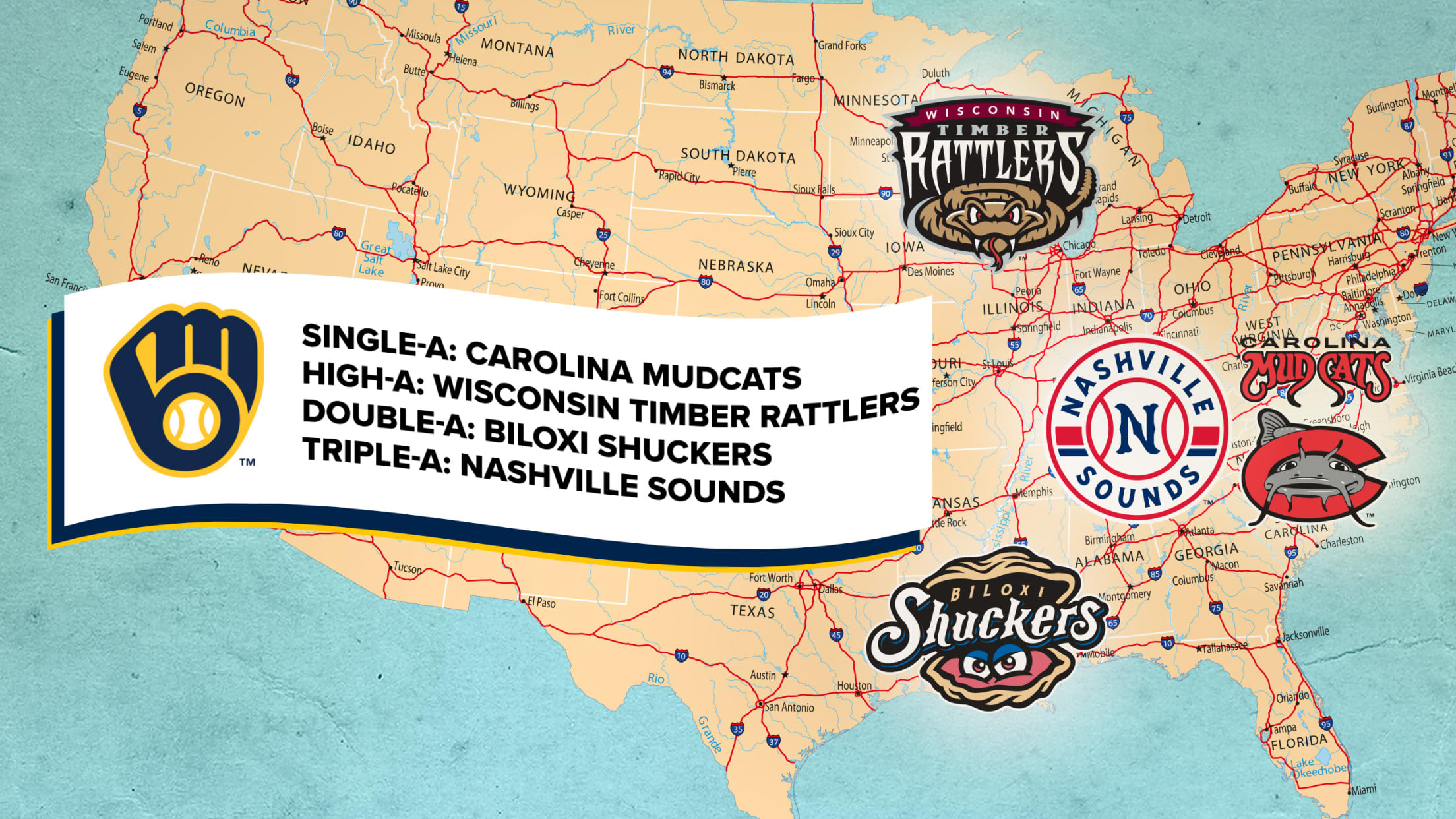