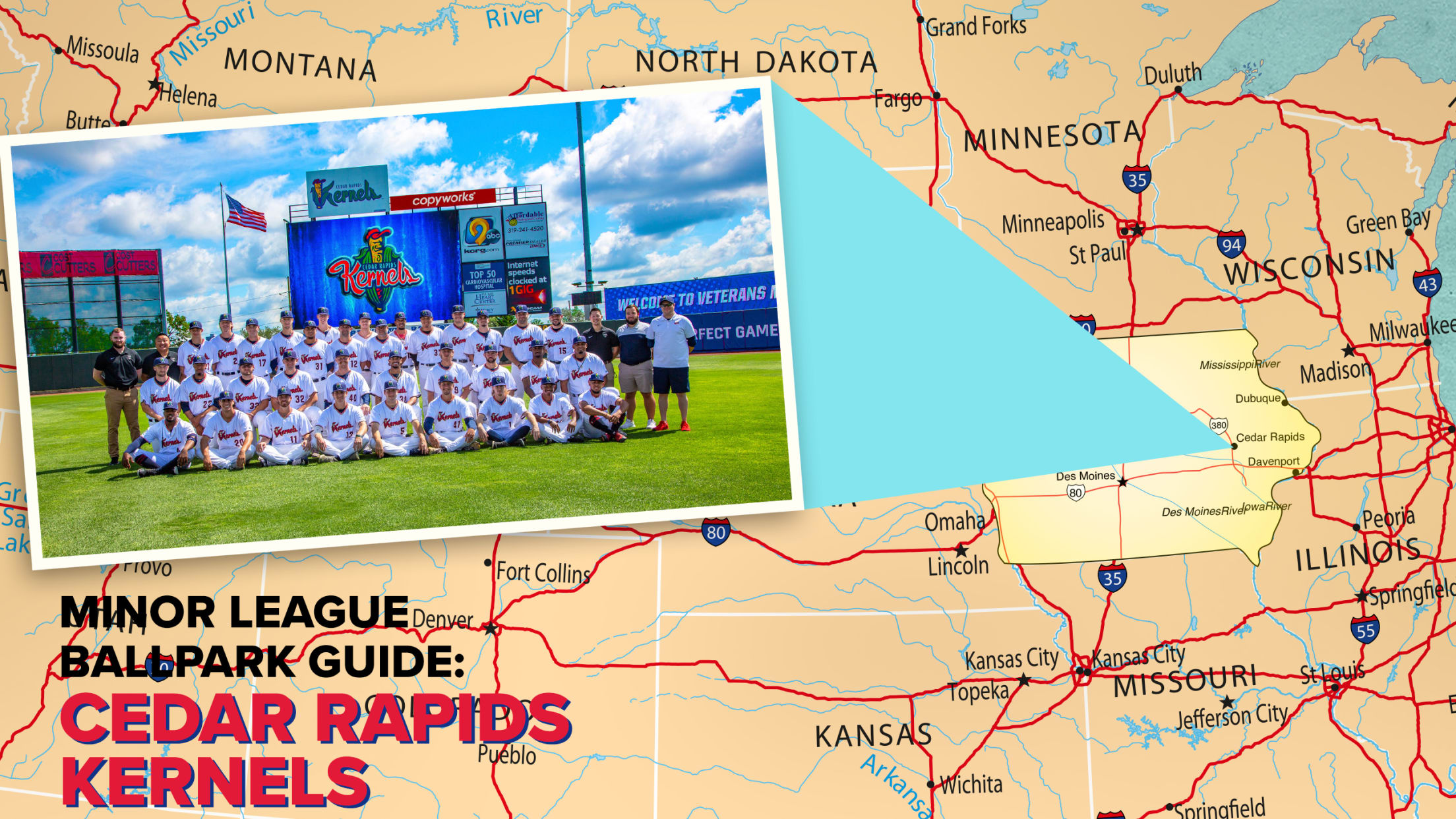 Welcome to Veterans Memorial Stadium, home of the Cedar Rapids Kernels. Explore the city's rich baseball history, enjoy a concessions cornucopia and make sure to spend time with the a-maize-ing Mr. Shucks. 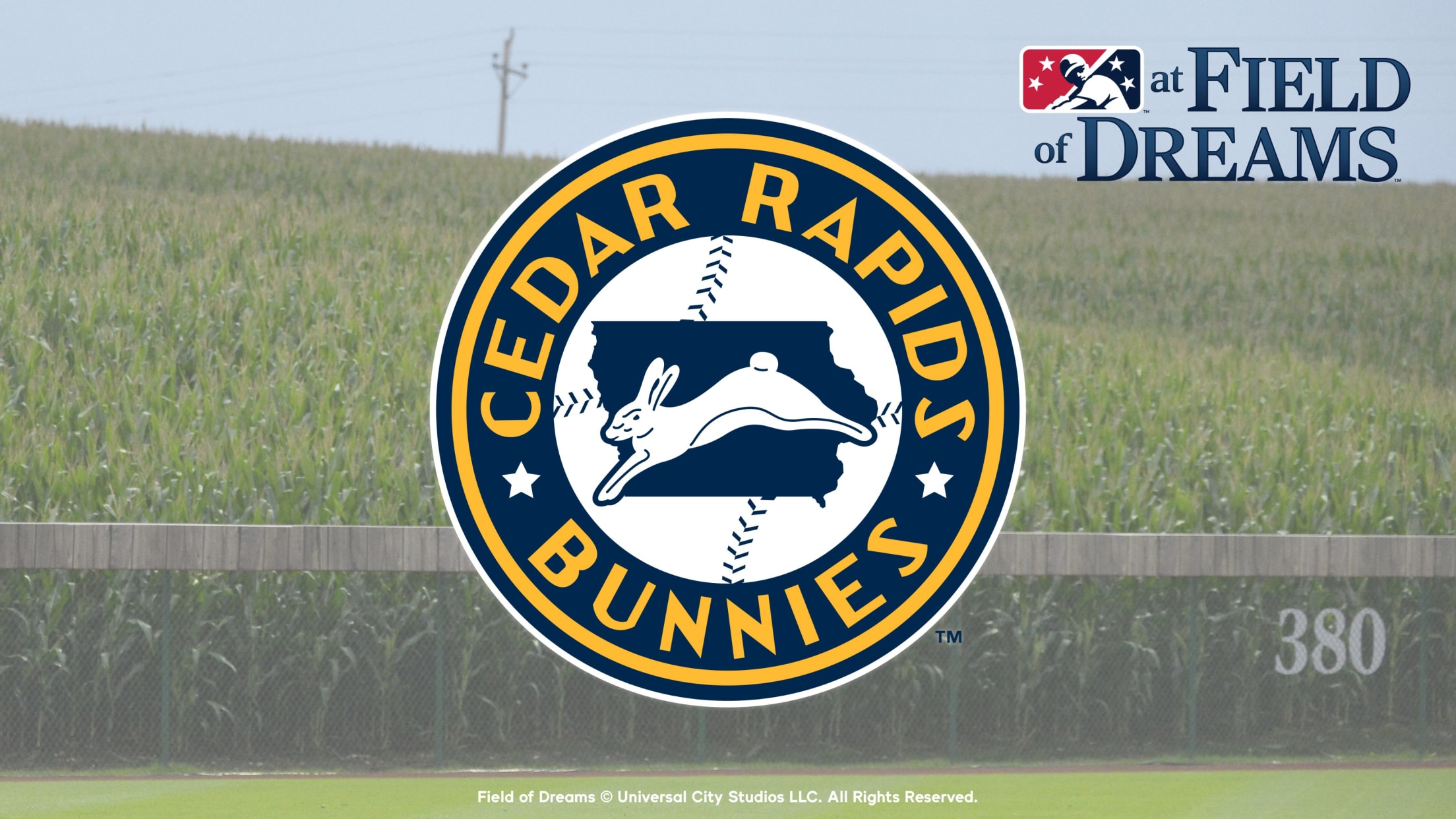 The history of professional baseball in Cedar Rapids dates back to 1890, with prominent early entities including the Canaries, Rabbits and Bunnies. (In 2022, the Bunnies name was resurrected for the MiLB at Field of Dreams Game.) Minor League Baseball was a near-constant in Iowa's second-largest city through 1942, when the Cedar Rapids Raiders disbanded. A Central Association club named the Rockets debuted in 1949, beginning an unbroken Minor League Baseball streak that continues to this day. 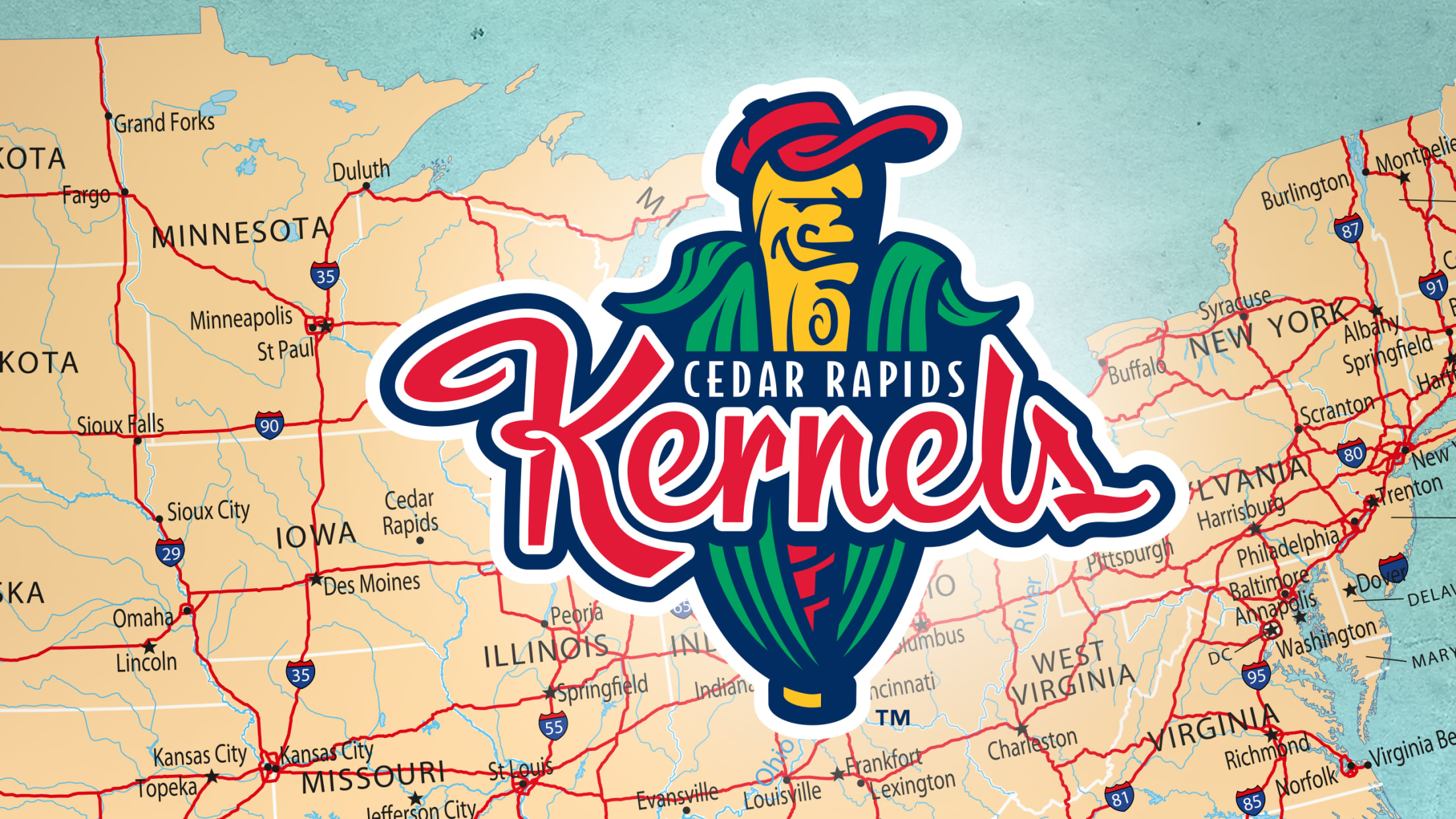 Prior to the 2021 season, as part of a larger reorganization of Minor League Baseball, the Midwest League was elevated from Class A to High-A. 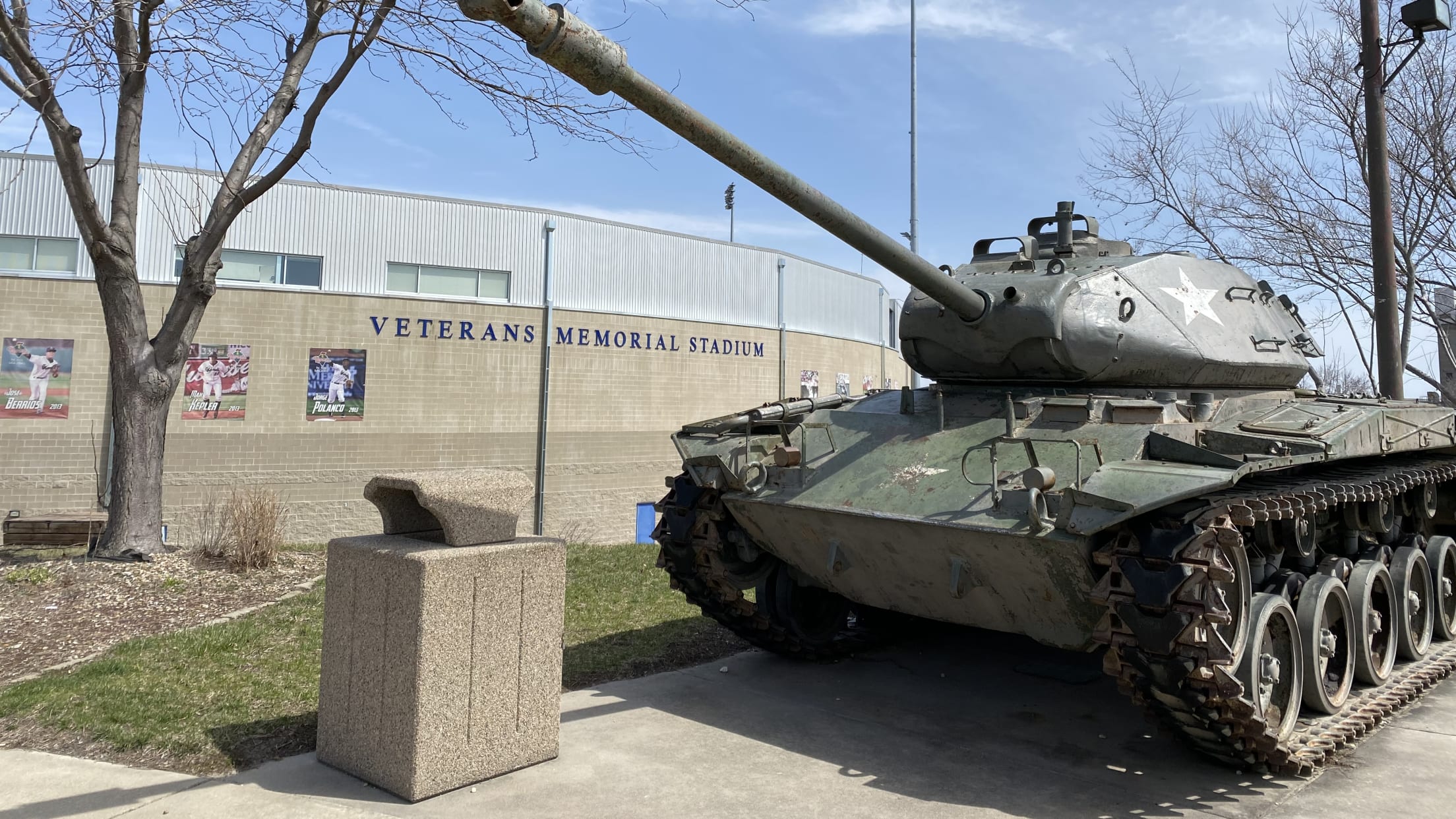 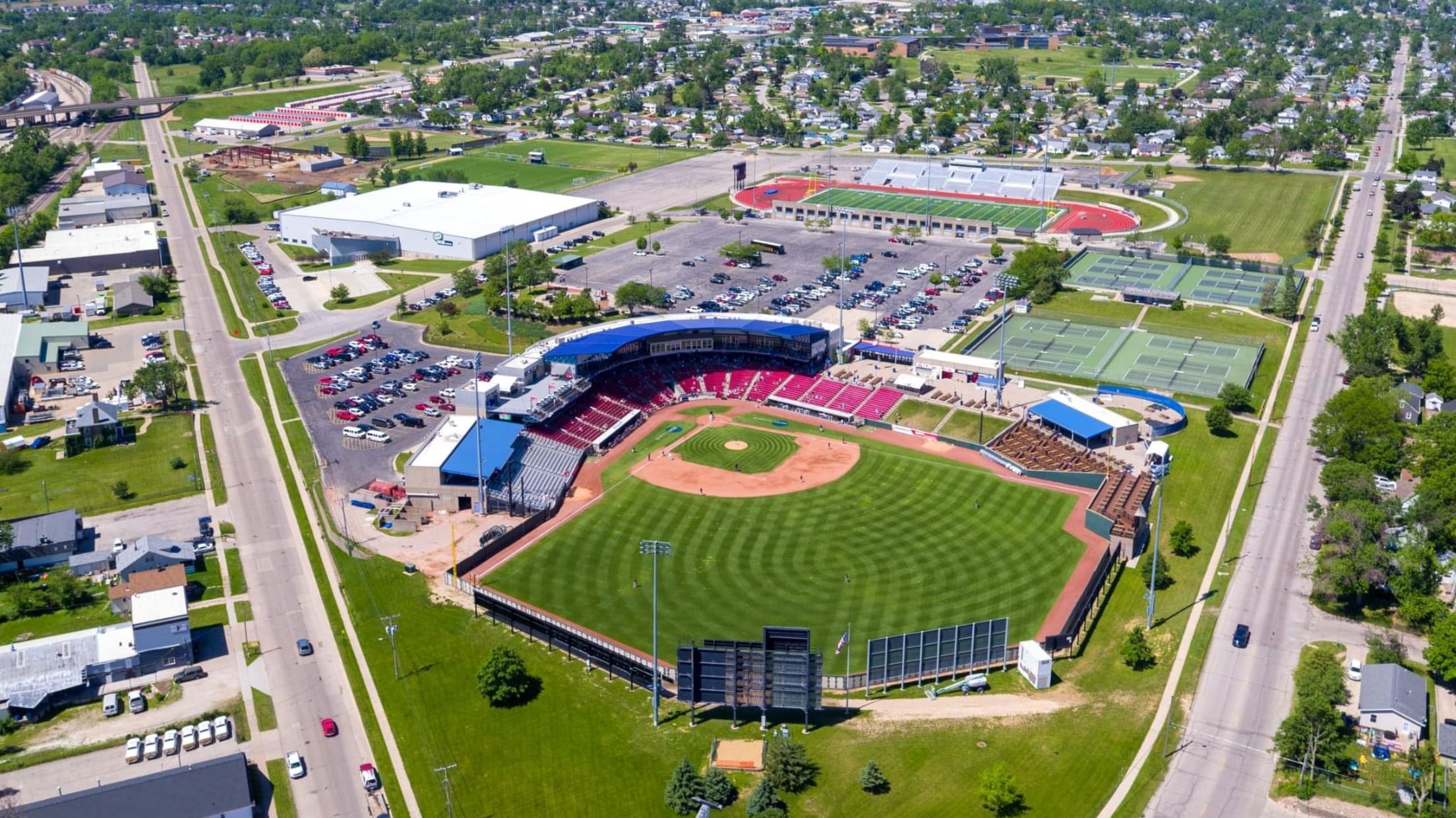 Veterans Memorial Stadium is located a short drive from I-380, within a triangular patch of land located to the southwest of Cedar Rapids' city center. The facility is part of a larger sports complex that also includes a tennis center, a football stadium and the ImOn Ice Arena (home of the USHL's Cedar Rapids RoughRiders). There is plenty of parking in the vicinity of the stadium, with the main lot located between the baseball and football stadiums. 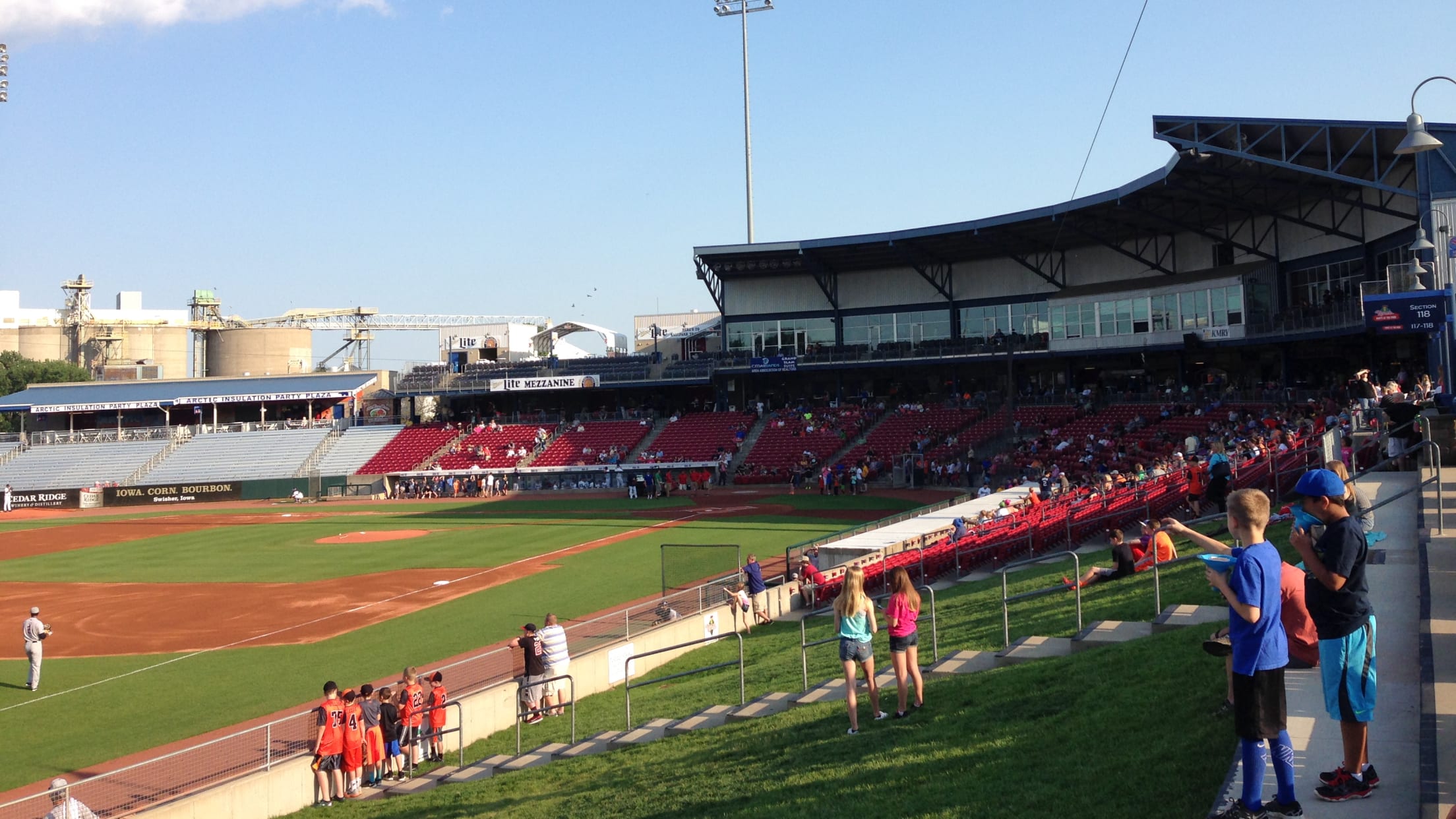 Veterans Memorial Stadium has a low-slung, utilitarian exterior, one that belies the raucous environment which exists within its walls. Fans enter the stadium onto an open concourse, which wraps around the home-plate side of the facility. The seating bowl extends from roughly third base to first base. A bleacher section is located down the first-base line, while the third-base line is home to a berm seating area and, further down, the sprawling Plumbers and Pipefitters Pavilion group area. 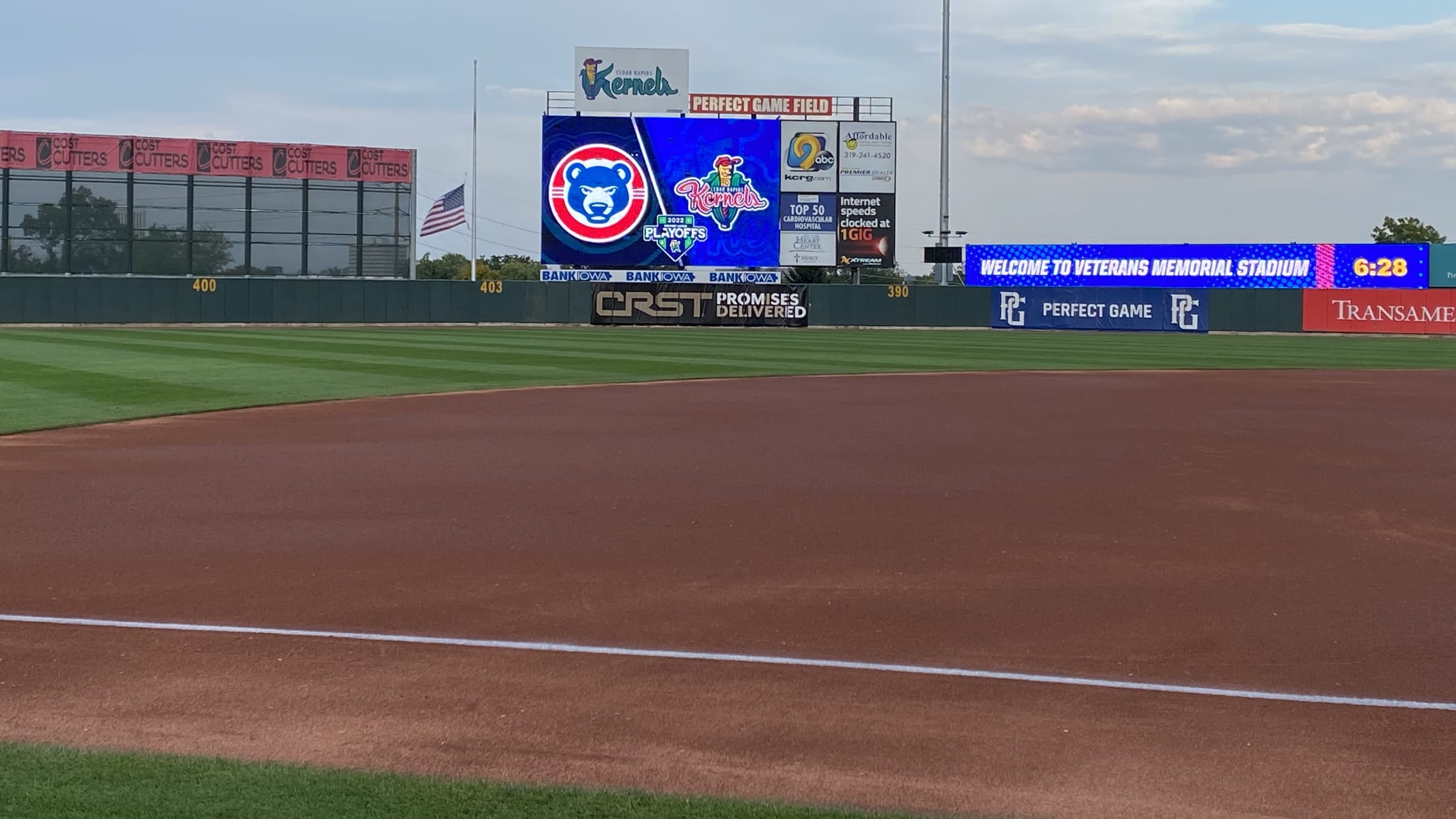 The Kernels' colorfully-decorated concession stands and carts have something for just about everyone. The Home Plate and First Base stands largely stick to the basics, offering pizza slices, burgers and hot dogs (gluten-free buns are available). The sprawling Hot Corner Grill, located on the third-base side, is one of the most popular destinations in the ballpark. Fans can create customized sandwiches, or order from a large menu that includes pork tenderloin (a Midwest specialty). Another standout is the Hacienda Las Glorias & La Cantina cart, serving up Mexican cuisine and margaritas.

The Kernels have a plentiful beer selection as well, including a large array of local and craft brews. 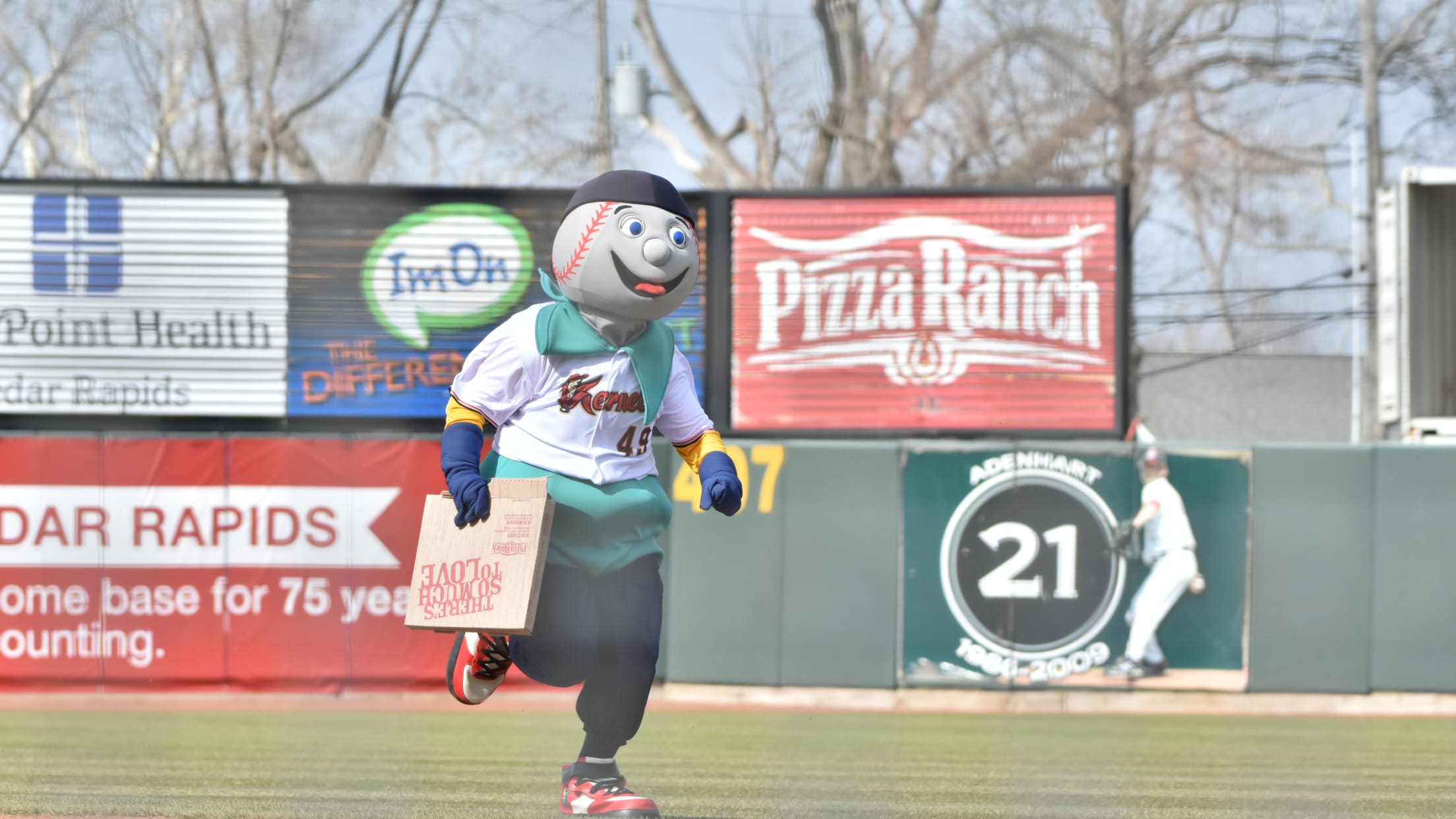 When your team name is the Kernels, then it follows that your mascot is an anthropomorphic ear of corn with a giant baseball for a head. That ear of corn is Mr. Shucks, a distinguished gentleman whose first name is a mystery. Mr. Shucks is un-shucked, contrary to what his surname might suggest, with his oversized Kernels jersey obscuring what appears to be an otherwise green body. He's a constant presence during Kernels games, riling the crowd up with unwavering dedication and focus. 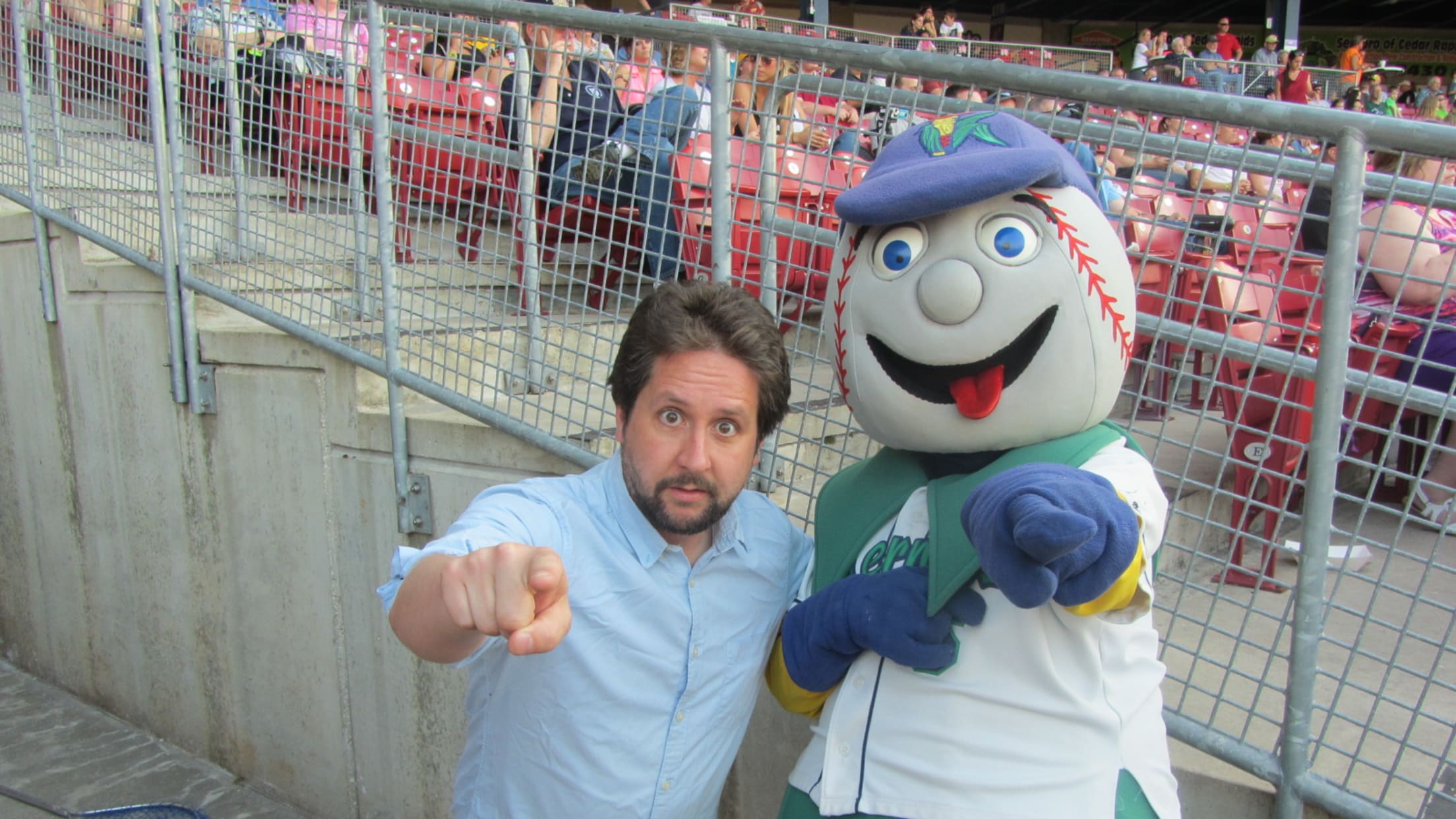 Mr. Shucks (right) alongside the writer of this Ballpark Guide.

Grant Wood, a painter best known for "American Gothic," spent most of his life in Cedar Rapids. His home and studio, where he lived from 1923-35, is open to the public and tours are offered every half-hour. Wood's studio is owned and operated by the Cedar Rapids Museum of Art, which has an ongoing Wood exhibition as well as a wide variety of other artists on display. The History Center, located in the nearby Douglas Mansion, is another worthwhile museum option. Consider, also, the African American Museum of Iowa as well as the National Czech and Slovak Museum.

There are also plenty of things to do out of doors. The Indian Creek Nature Center provides opportunities for "learning, growth and unstructured play in the outdoors." Ushers Ferry Historic Village provides visitors the chance to go back in time to see what life was like in a small Iowa town at the turn of the 20th century. The village is located along the Seminole Valley Trail, which leads to the Cedar River. The 12.6 mile Cedar River Trail, upon which one can run, walk, bike or rollerblade, runs through the heart of downtown Cedar Rapids.

For food and drinks after the game, head to the Stadium Bar and Grill. As its name would indicate, it's located not much more than a foul ball away. Hacienda Las Glorias, which has an outpost at Veterans Memorial Stadium, declare that they are nothing less than "The master of Mexican food."

The NewBo City Market has over a dozen food vendors on the premises, representing a wide range of cuisines. "NewBo" is shorthand for New Bohemia, a neighborhood located just outside of downtown. New Bohemia and Czech Village are collectively known as The District, an area with plentiful food and beverage options.

There is a large cluster of reasonably-priced hotels just south of Veterans Memorial Stadium, located in close proximity to I-380. Plenty more hotels, generally more scenic and amenity-laden and thus more expensive, can be found across the Cedar River in downtown proper.

If you're looking to stay within the Twins' system after seeing the Kernels, the closest option is to drive north until you hit the Saint Paul Saints (and/or the Twins themselves). Slightly closer Triple-A action can be found to the west, in the form of the Iowa Cubs and Omaha Storm Chasers. The closest Minor League options are all within the Midwest League, however, beginning with the Davenport, Iowa-based Quad Cities River Bandits. From there, one can head north to see the Beloit Sky Carp or south to check out the Peoria Chiefs.

The Road to Minnesota

The sprawling Twins farm system begins at their Spring Training home in Florida and then continues on to Iowa and Kansas before settling in to the Twin Cities. 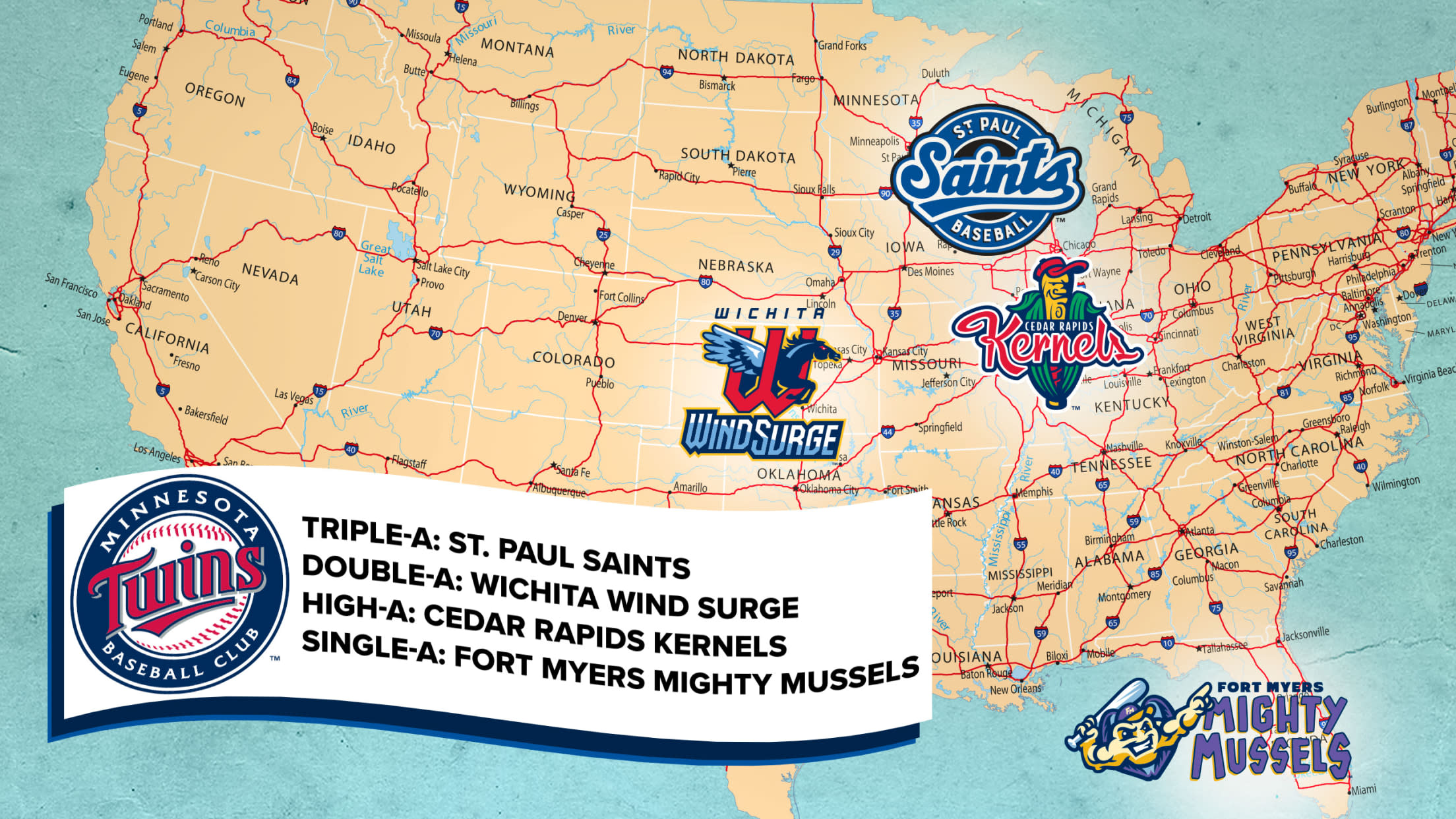