Glory on the horizon as #BaseballBegins

"Pitchers and catchers report" are four of the most beautiful words in the English language. Everything old is new again. As another Spring Training gets underway on Wednesday in Florida and Arizona, we are asking people around Major League Baseball what those four words mean to them.

Join the conversation and be sure to use #BaseballBegins in your tweets. 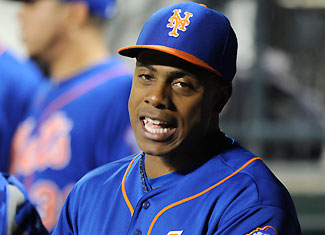 Mets left fielder Curtis Granderson:
"For me, it's similar to the feeling I had as a kid, right before the first day of school -- the excitement of a fresh start, new goals and countless memories to be made."

Giants left-hander Jeremy Affeldt:
It means the start of another year to do what I've been blessed to do: play a game for a living while being able to make a difference in people's lives."

Back to work my people! #az #baseball #family ��✌️�� pic.twitter.com/5gwNKnEfJG

Please take the proper precautions when venturing out tonight. Side note NY Yankee pitchers and catchers report on Friday.

Larry King, host of "Larry King Now" and Dodgers fan:
"I love February, because pitchers and catchers report. … It is one of the great thrills of my life to mingle with Major League players and talk about the game I love."

Richard Wang, Asia correspondent for the International Baseball Federation (IBAF):
"Thank God the winter is over and we're ready for baseball."

Zachary Francis, North Caroline State senior and Braves fan:
"It means new beginnings and thoughts of championships. Only one team every year has hopes of repeating as World Series champion, so everyone has hopes of improvements. I'm really looking forward to seeing the Major League debut of Francisco Lindor -- in my opinion, one of the brightest stars in the game today. I also can't wait to see how guys like Jason Heyward and Matt Kemp do in their new surroundings. Also, after the shocking run the Royals went on in the postseason, I can't wait to see if they can duplicate it this year. Will the Nationals live up to the hype after adding Max Scherzer to their rotation? How will the Padres play after 'winning the offseason?' I really can't wait for the season to start."

Mark Newman is enterprise editor of MLB.com. Read and join other baseball fans on his MLB.com community blog.