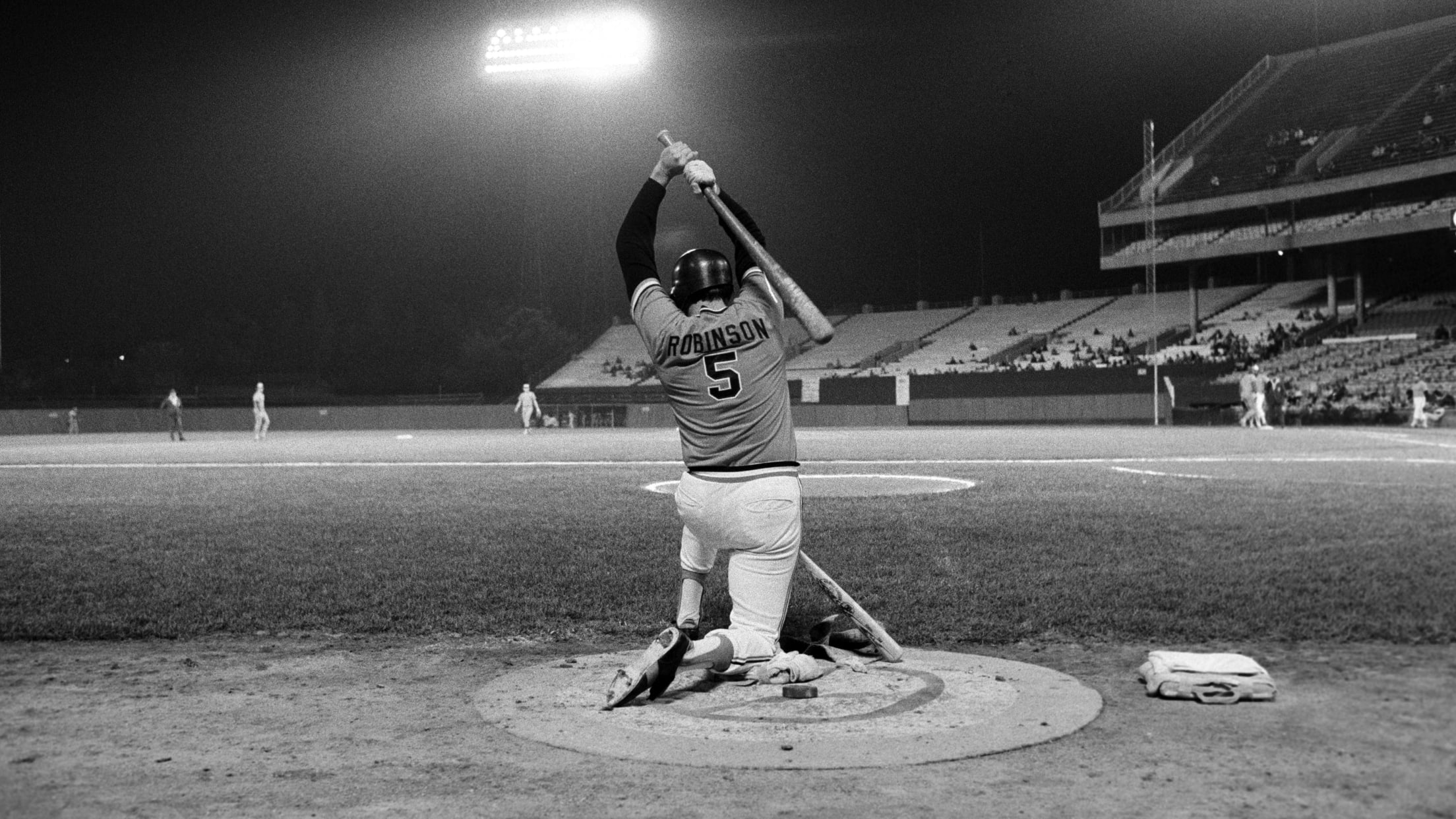 The 1976 season marked a turning point for the Orioles. Though they finished the season in second place, by the end of June they already were 10 games behind the eventual American League East winners, the New York Yankees.

In mid-June, first-year general manager Hank Peters engineered a 10-player trade with the Yankees that would infuse the club with three eventual Orioles Hall of Fame inductees: Rick Dempsey, Tippy Martinez and Scott McGregor. At the same time, the ’76 season would be the last in Baltimore for three other eventual Orioles Hall of Famers: Paul Blair, Mike Cuellar and Bobby Grich.

That wasn’t the only sign of changes to come. When the 1976 season opened, Brooks Robinson was at his customary spot at third base. A Gold Glove Award winner for 16 straight seasons, AL MVP in ’64, All-Star Game MVP in ’66 and World Series MVP in ’70, “Mr. Oriole” was trying to bounce back from his worst offensive season: a .201 batting average, with six homers and 53 RBIs in '75.

Robinson started all but one game through mid-May, but was batting just .154 entering June. Doug DeCinces, in his first full season with the big league club, began to get more and more starts at third base. For Brooksie, not even an eight-game hitting streak in late June (raising his average to .213) could get him untracked. As the summer heated up and his average did not, the speculation grew that this would be his final season.

After starting 27 of the Orioles’ first 28 games, Robinson started only 29 more as the team prepared to play its final home game of the season on Sept. 29 against the Milwaukee Brewers. A crowd of 8,119 fans came out on a chilly Wednesday night at Memorial Stadium; the diehards sensed that this could be Brooks’ farewell. 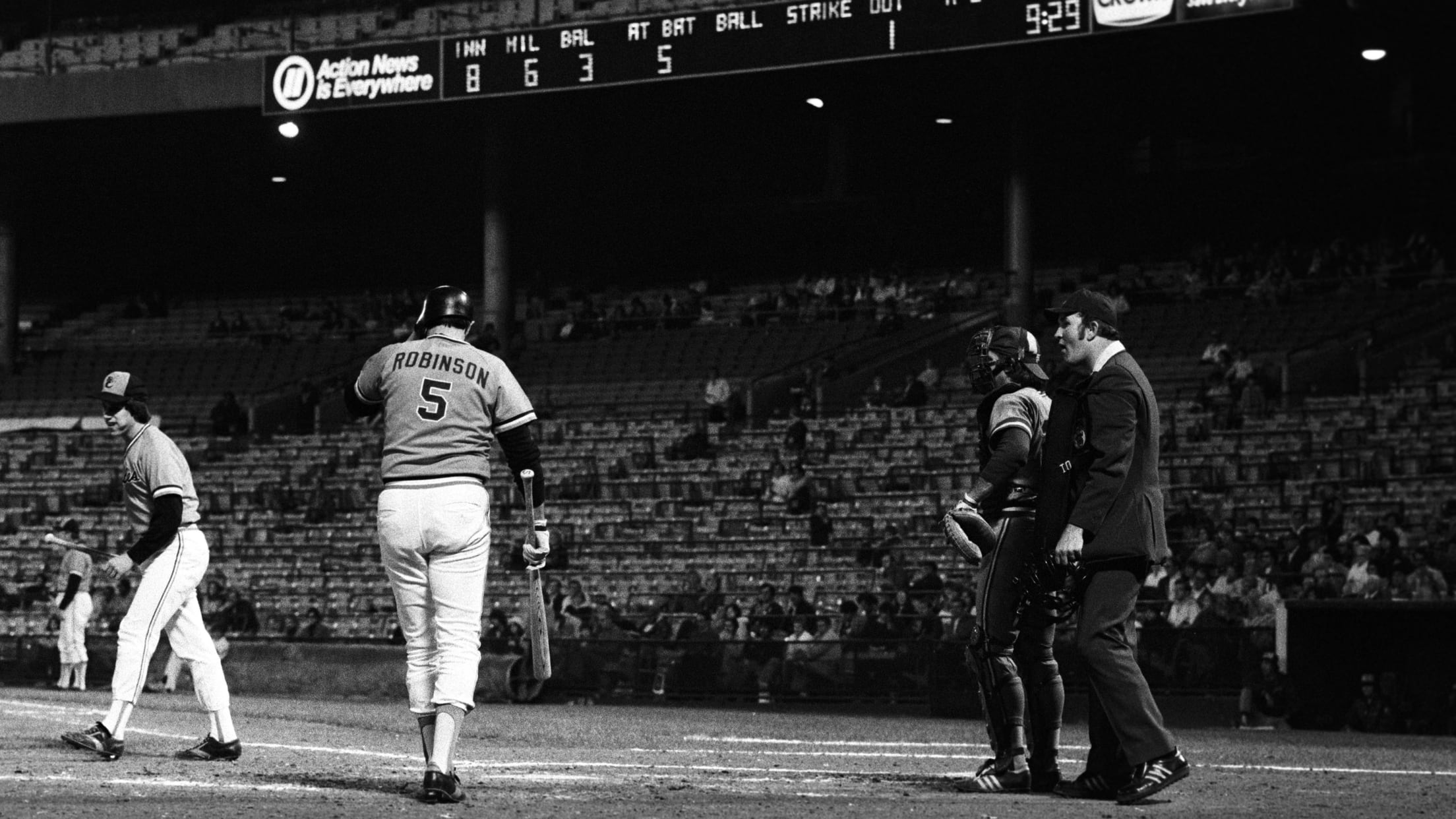 Robinson was hitless in his first three at-bats, all off Brewers starter Jerry Augustine. The Brewers scored two runs in the top of the eighth to stretch their lead to 6-3, but there was not even a trickle to the exits as the bottom of the inning started. Brooks Robinson was due up third in the inning, for what seemed would be his final plate appearance in an Orioles uniform at Memorial Stadium.

Lee May singled, but was erased on a fielder’s choice grounder by Ken Singleton. Even before public address announcer Rex Barney introduced him, the fans rose and began cheering in appreciation of Robinson’s 22-year career, all of it with the Orioles. The applause continued as Robinson stepped in against Brewers reliever Bill Castro, and settled down after the first pitch was called a ball. 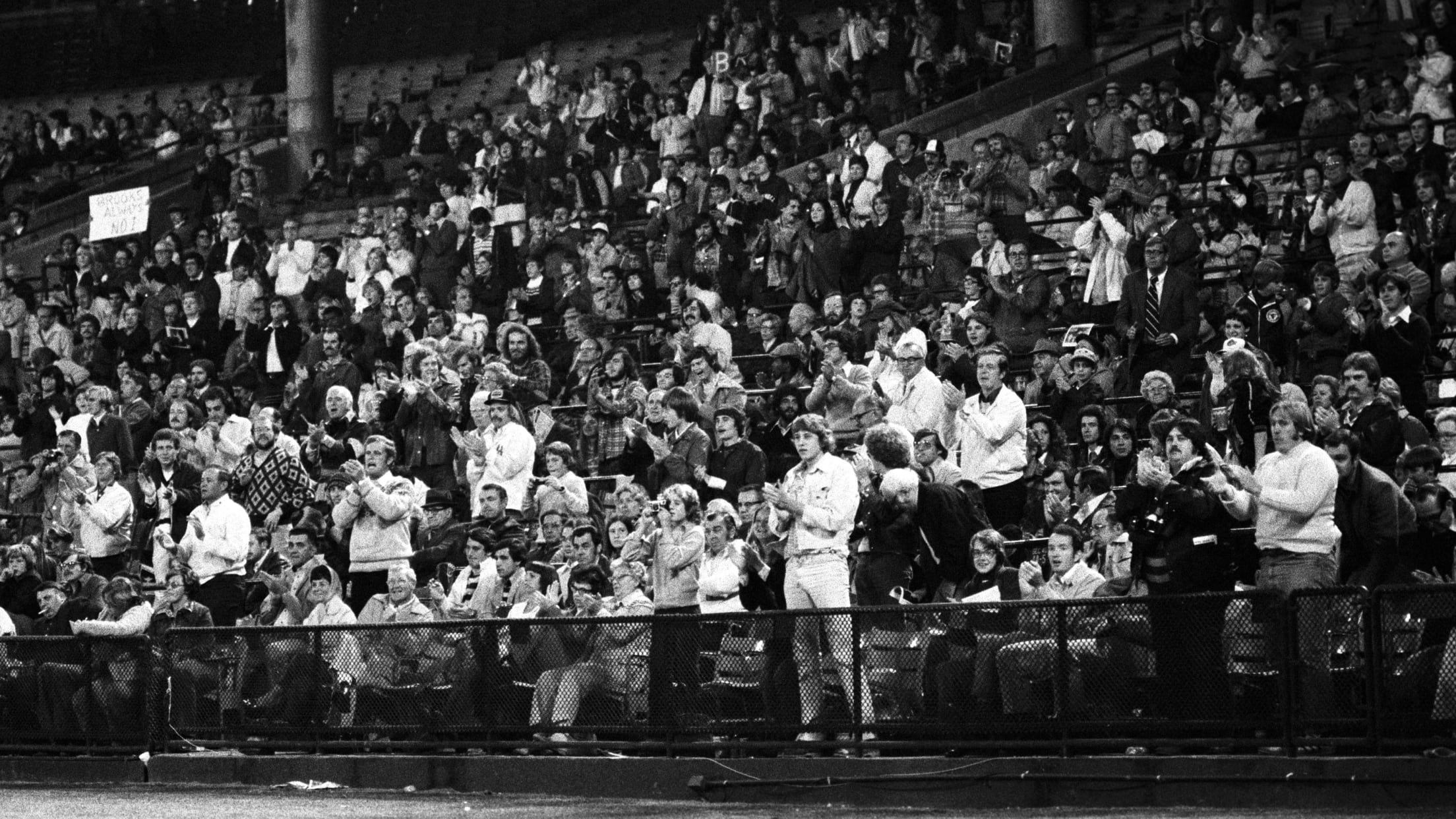 Castro’s second pith was a high fastball. Brooks swung and sent the ball looping into shallow center field for a base hit. As he ran to and rounded first base, the small crowd rained applause. Within seconds, Bob Bailor was running out from the Orioles' dugout to pinch-run, and Brooks was trotting back across the diamond to the home dugout on the third-base side. Even as Andres Mora struck out and Mark Belanger forced Bailor, the crowd clasped and screamed in unison, “We want Brooks! We want Brooks!”

DeCinces would take third base in the ninth, and the Orioles went on to lose; it was McGregor’s first big league start. 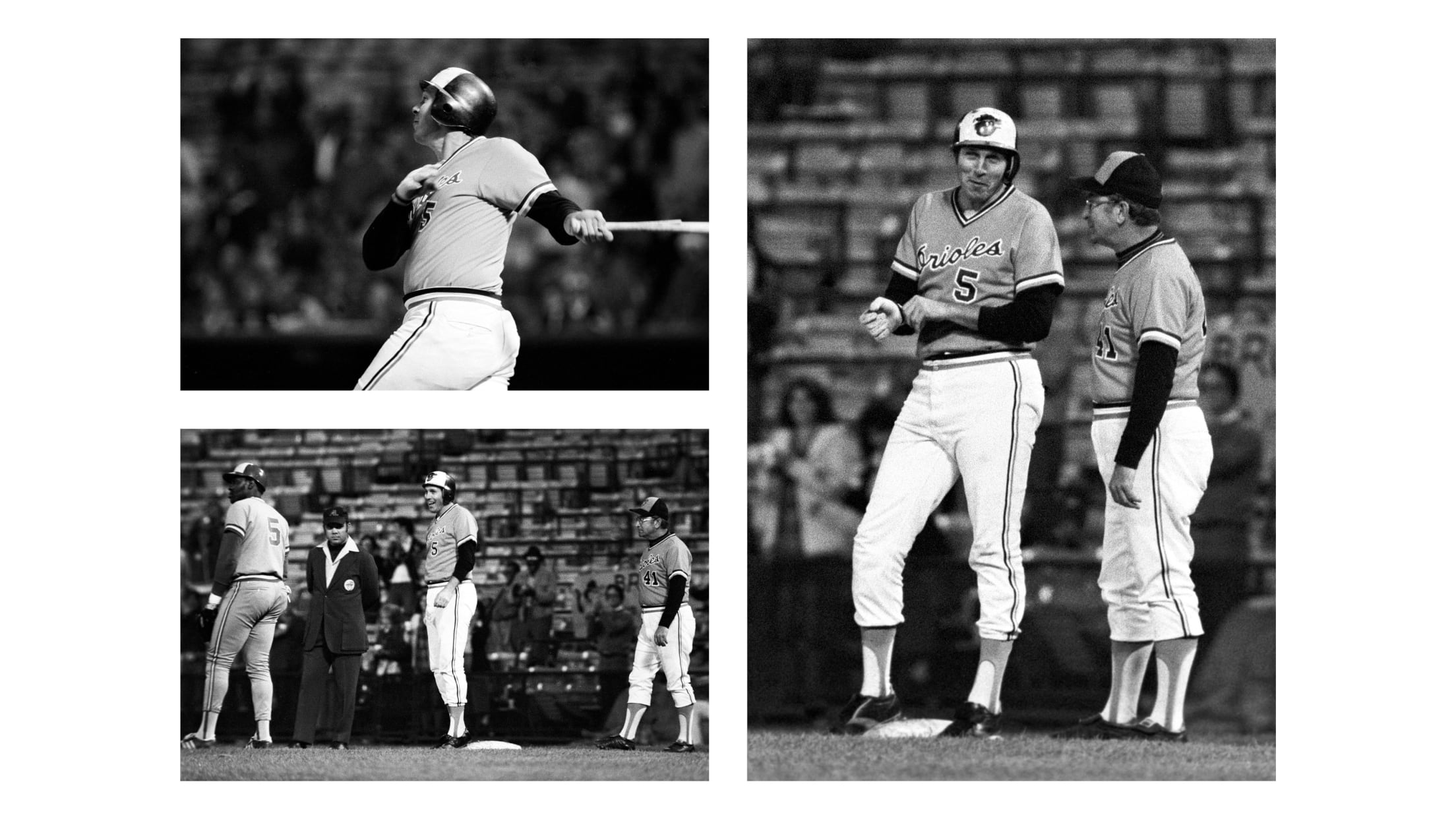 As it turned out, the game wasn’t Robinson’s last of the season, nor would it be his last at Memorial Stadium. He started two of the Orioles’ final three games at Boston, and returned in 1977 as a player-coach before ultimately going on the voluntarily retired list on Aug. 21 to make room on the roster for Dempsey, who was ready to return from the disabled list. For the record, his last official appearance came Aug. 13 at Memorial Stadium -- he was announced as a ninth-inning pinch-hitter for Al Bumbry, but when Oakland brought in a right-handed pitcher, lefty Tony Muser was sent up to bat for Robinson. His last real at-bat came in Anaheim, lining out as a pinch-hitter on Aug. 5. 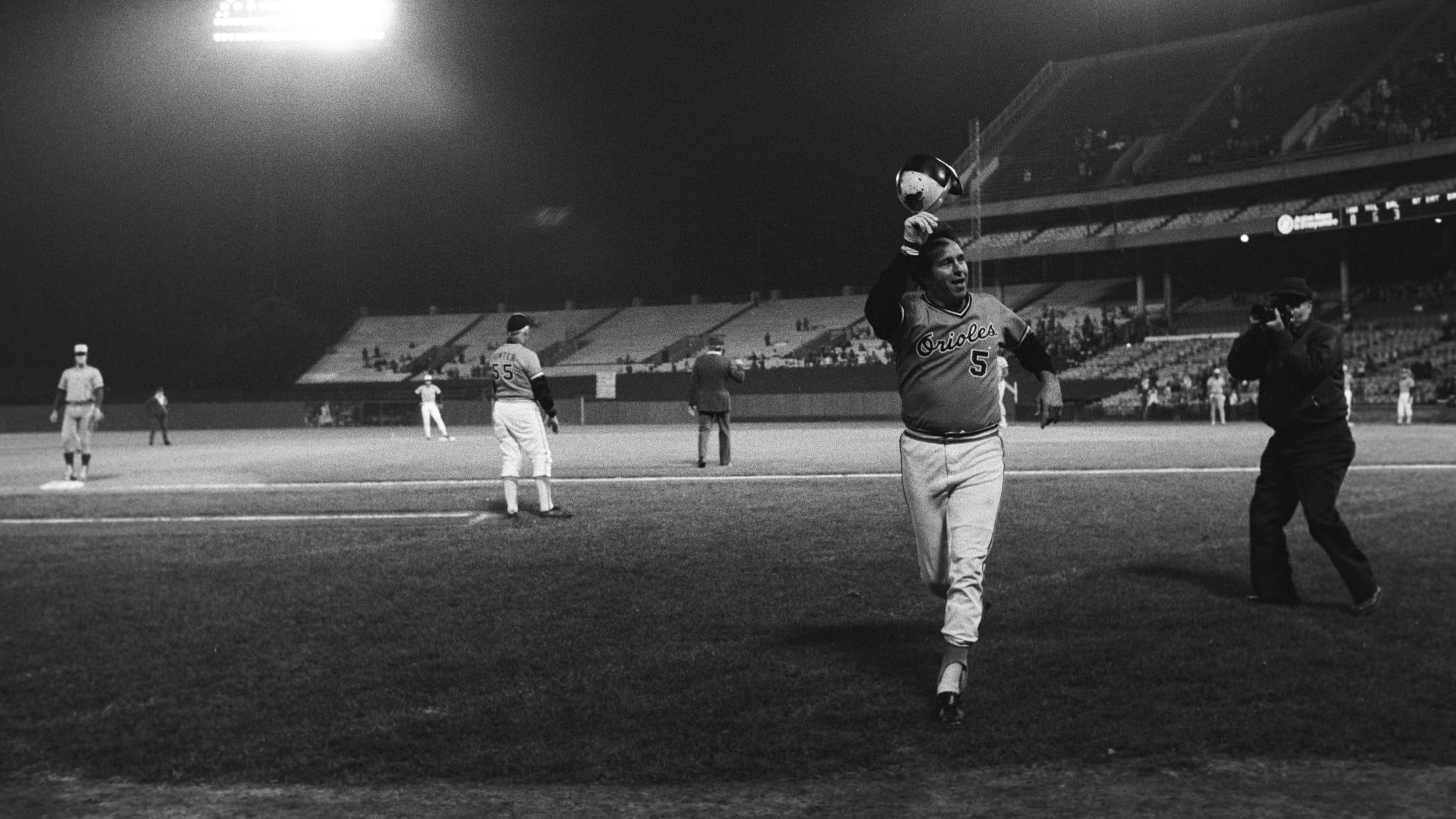 His final season did have one magic moment. In a game against Cleveland on April 19 -- a cold Tuesday night with an announced attendance of 4,826 -- he hit a pinch-hit, three-run home run off Indians reliever Dave LaRoche in the bottom of the 10th inning to give the Orioles a dramatic 6-5 win.

“To tell you the truth, I don’t remember that game in 1976, but I do know I probably should have retired that year,” Robinson said. “When I came back in ’77, I didn’t but I knew I could still throw people out. But I came back knowing DeCinces was going to be the third baseman. 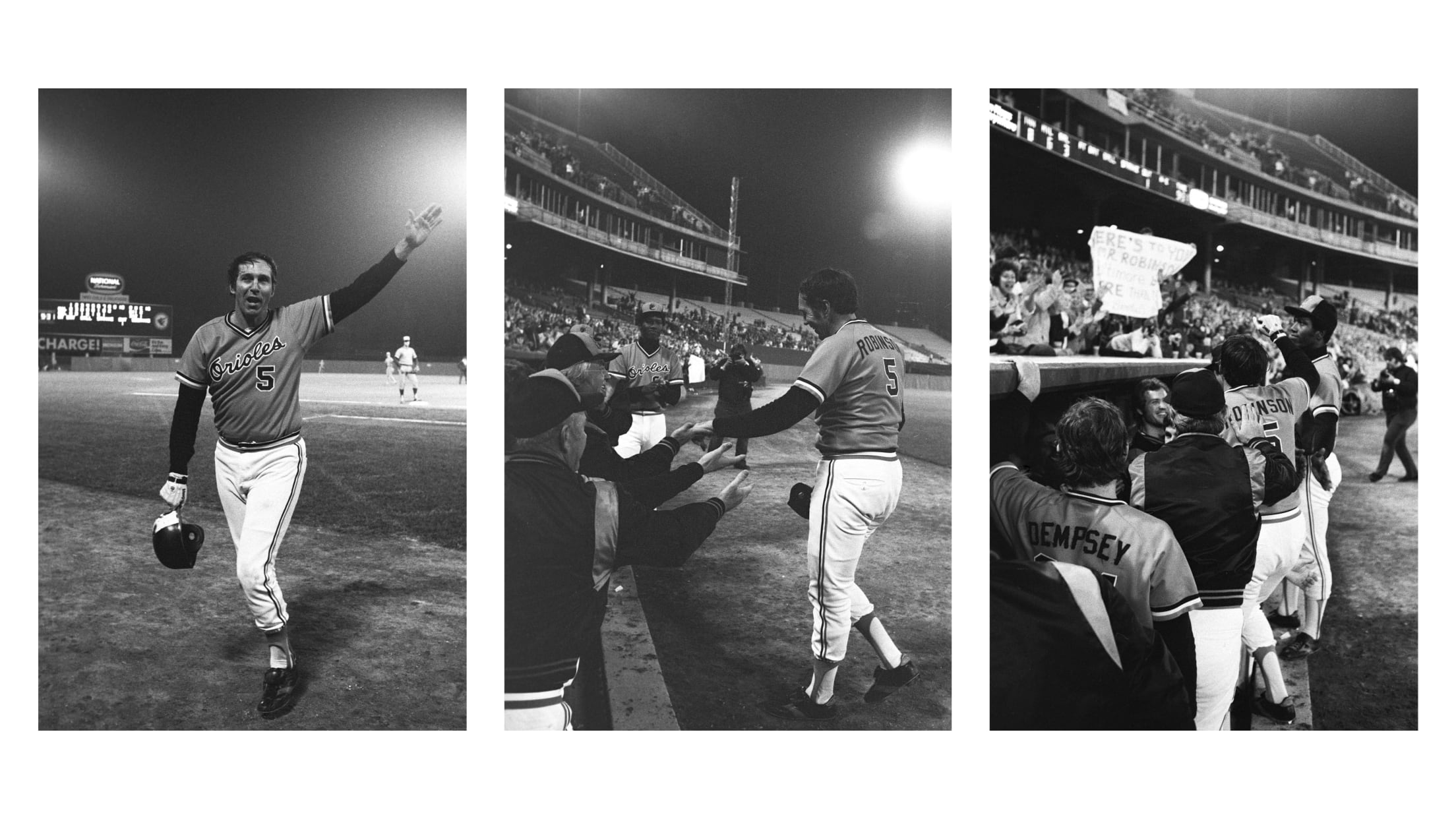 “I do remember my last home run, off Dave LaRoche. Frank Robinson was managing Cleveland. There might have been 2,000 people in the park. It was one long at-bat. I fouled off a bunch of pitches, and a couple were just foul and almost got caught. And finally, I got a hold of one.”

Like those who were there the previous September, the fans sensed they might be witnessing a Brooks farewell. And, in a way, it was. The homer turned out to be the 268th and last of his fabled career.

Robinson was elected to baseball’s Hall of Fame in his first year of eligibility in 1983.

credits: This story was originally published in the Second Edition of the 2009 Orioles Magazine. Birdland Insider features original content from Orioles Magazine, including both new articles and stories from our archives.
You may like 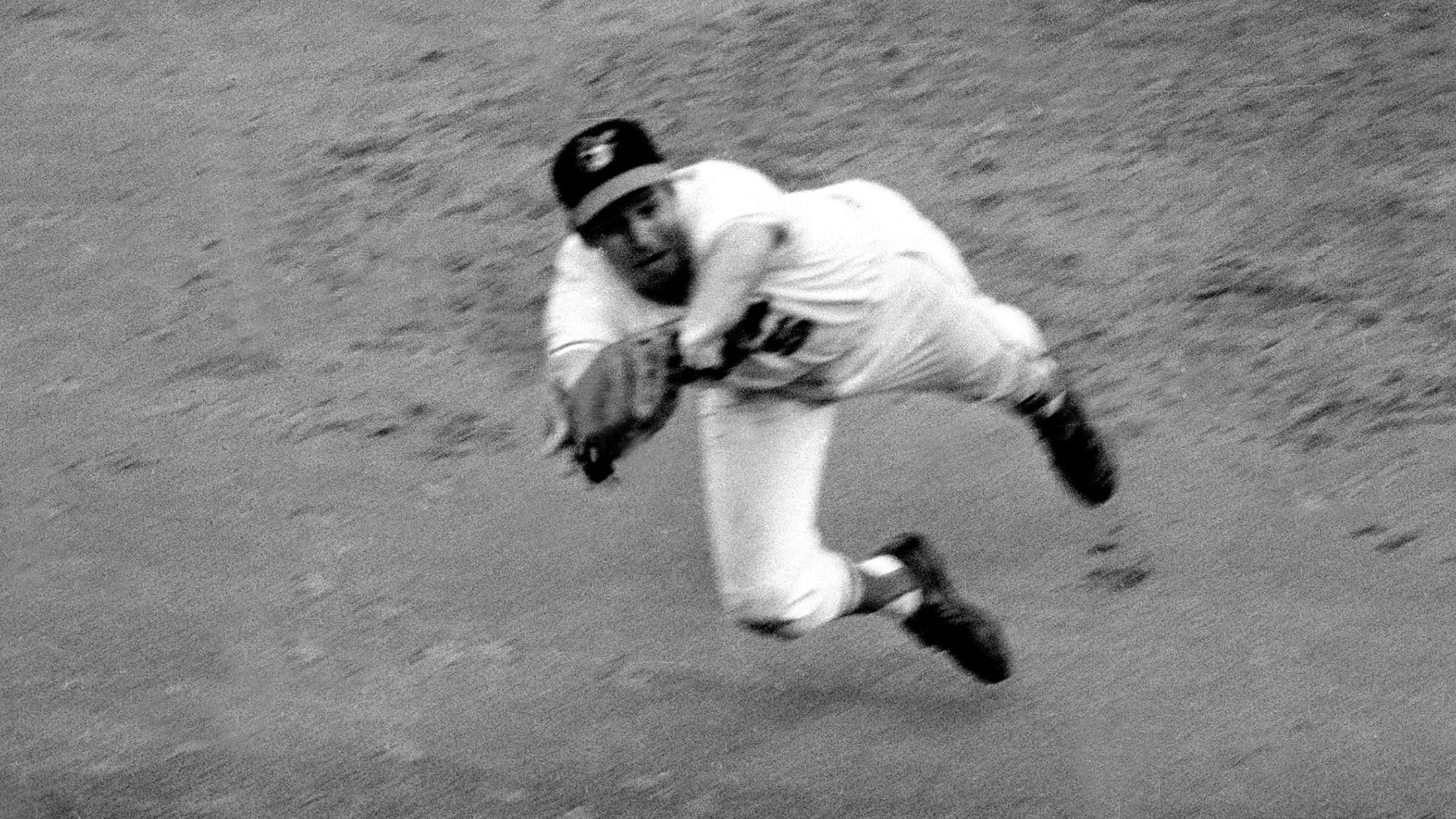 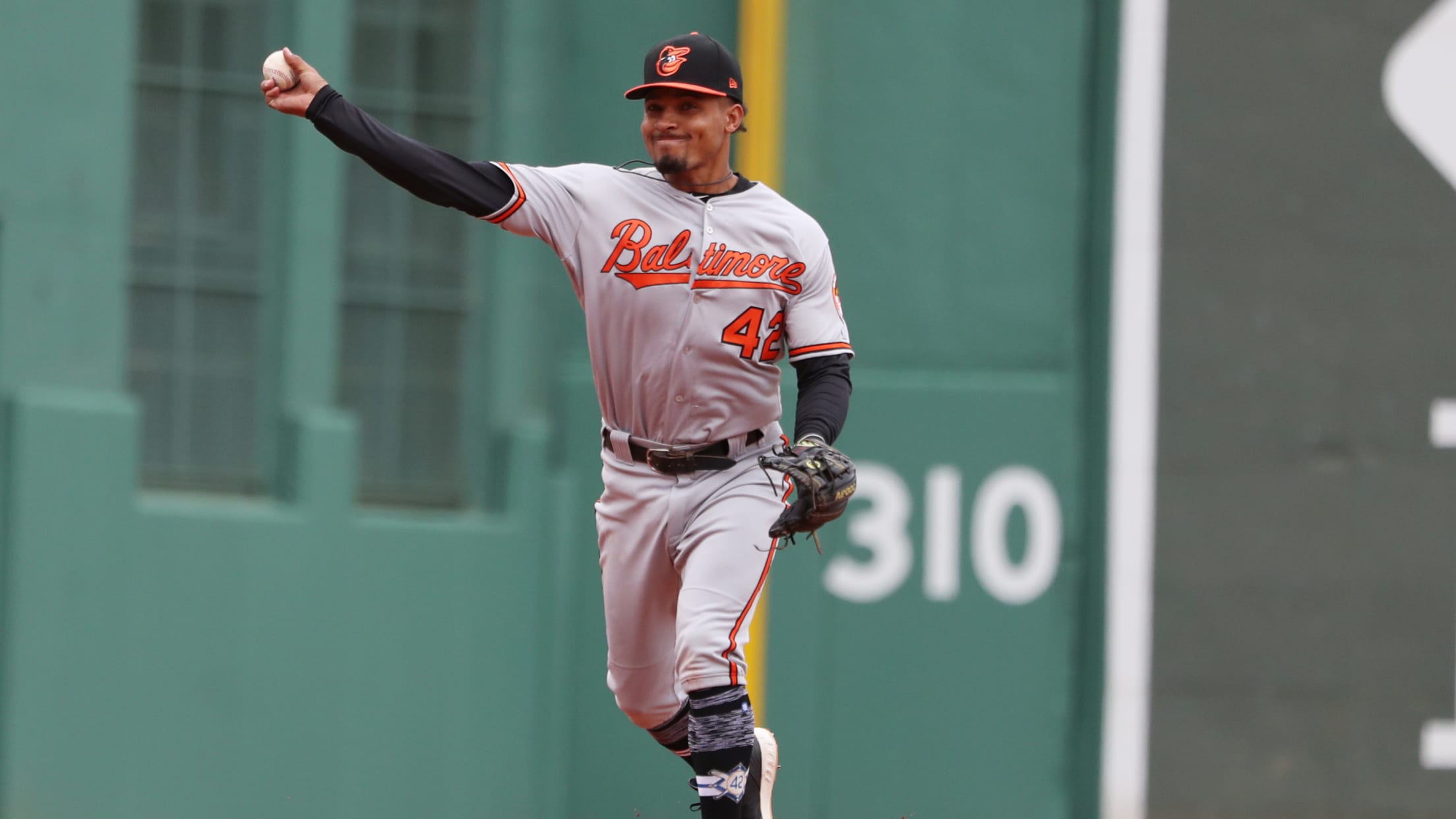 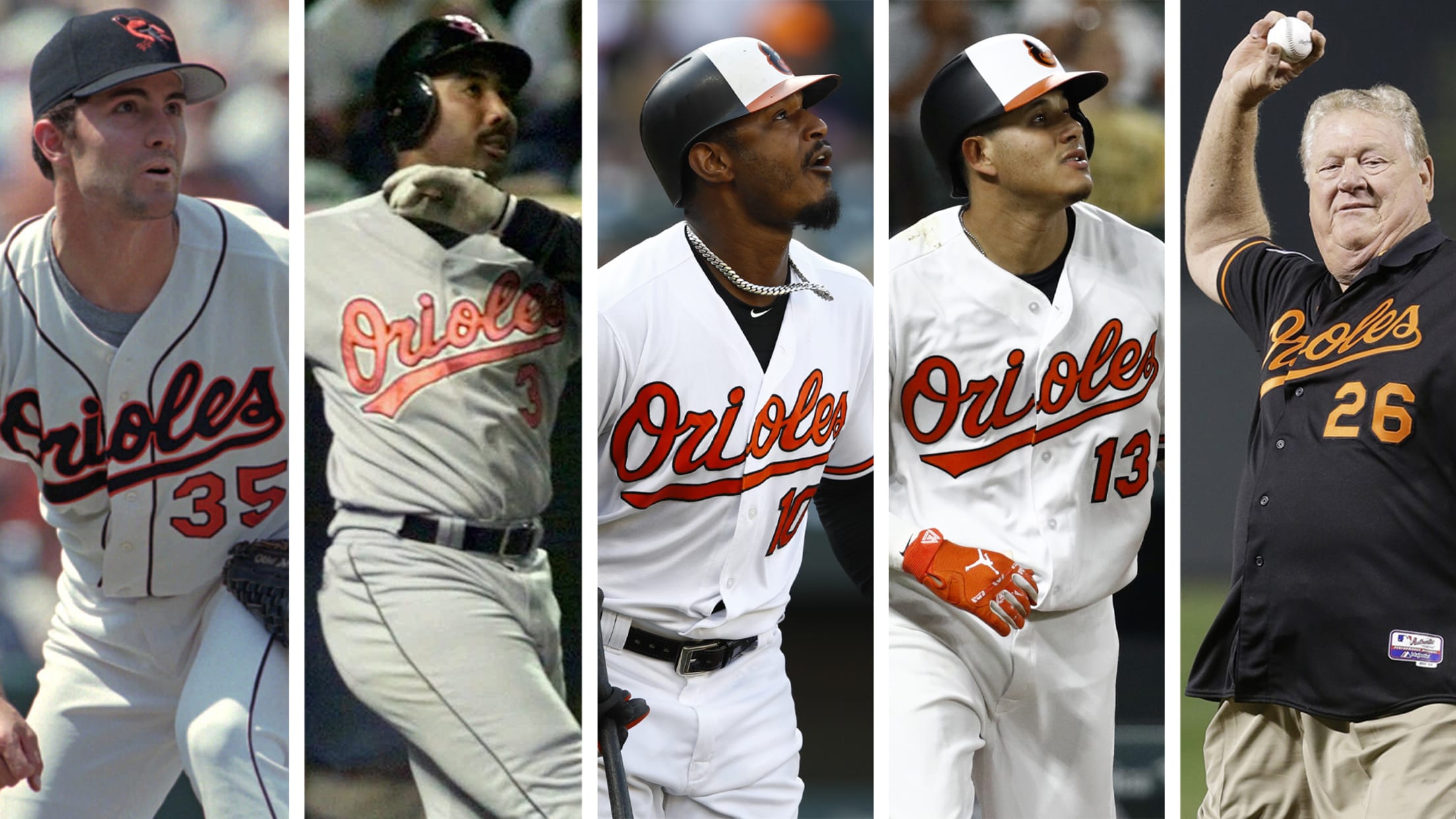