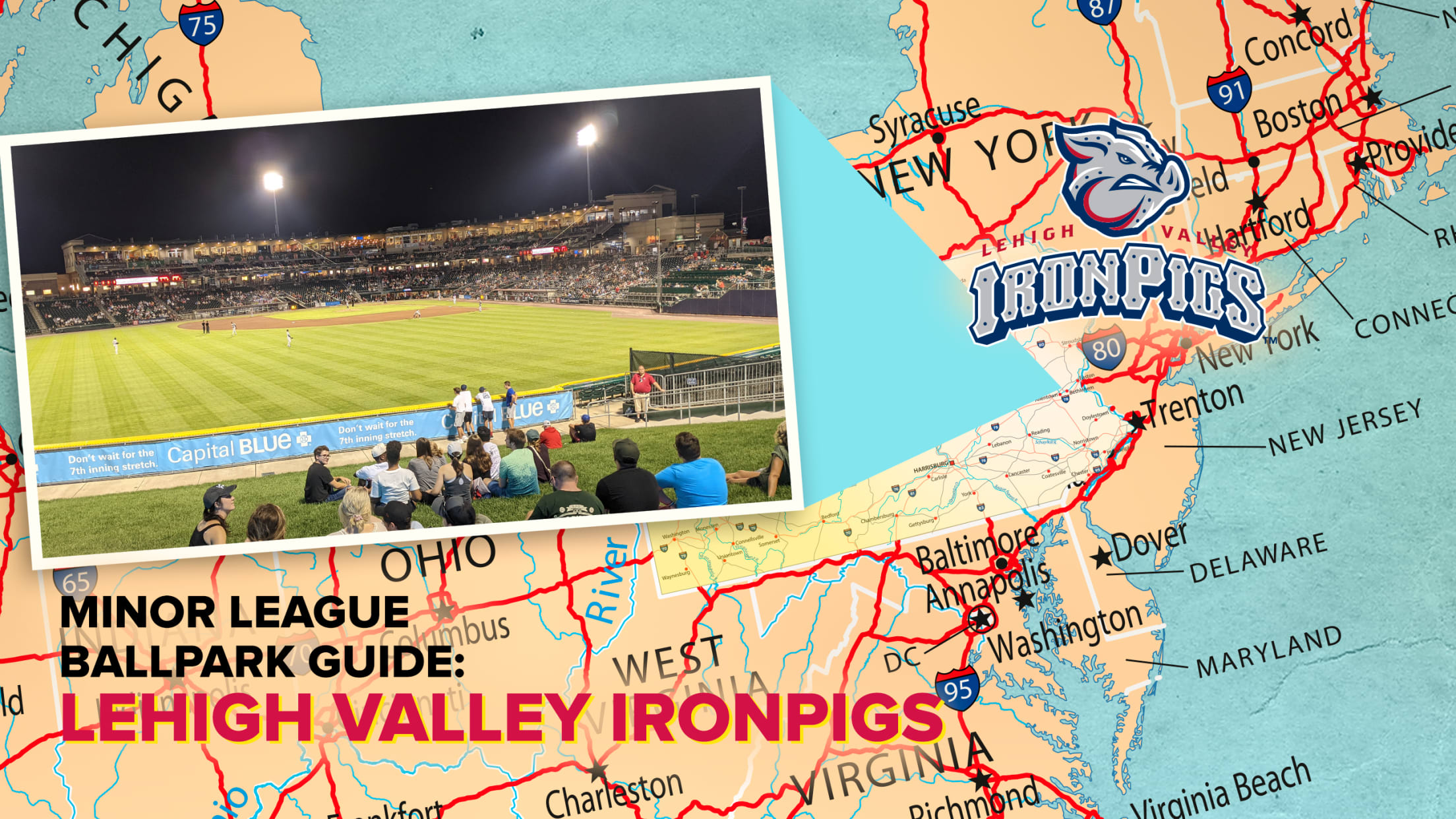 Welcome to Coca-Cola Park in Allentown, Pa., where you can find the Pennsylvania Billy Joel never found. Iron(Pigs) and Coke are abundant here, where they boast “The Best Food in Minor League Baseball,” only some of which involves bacon. 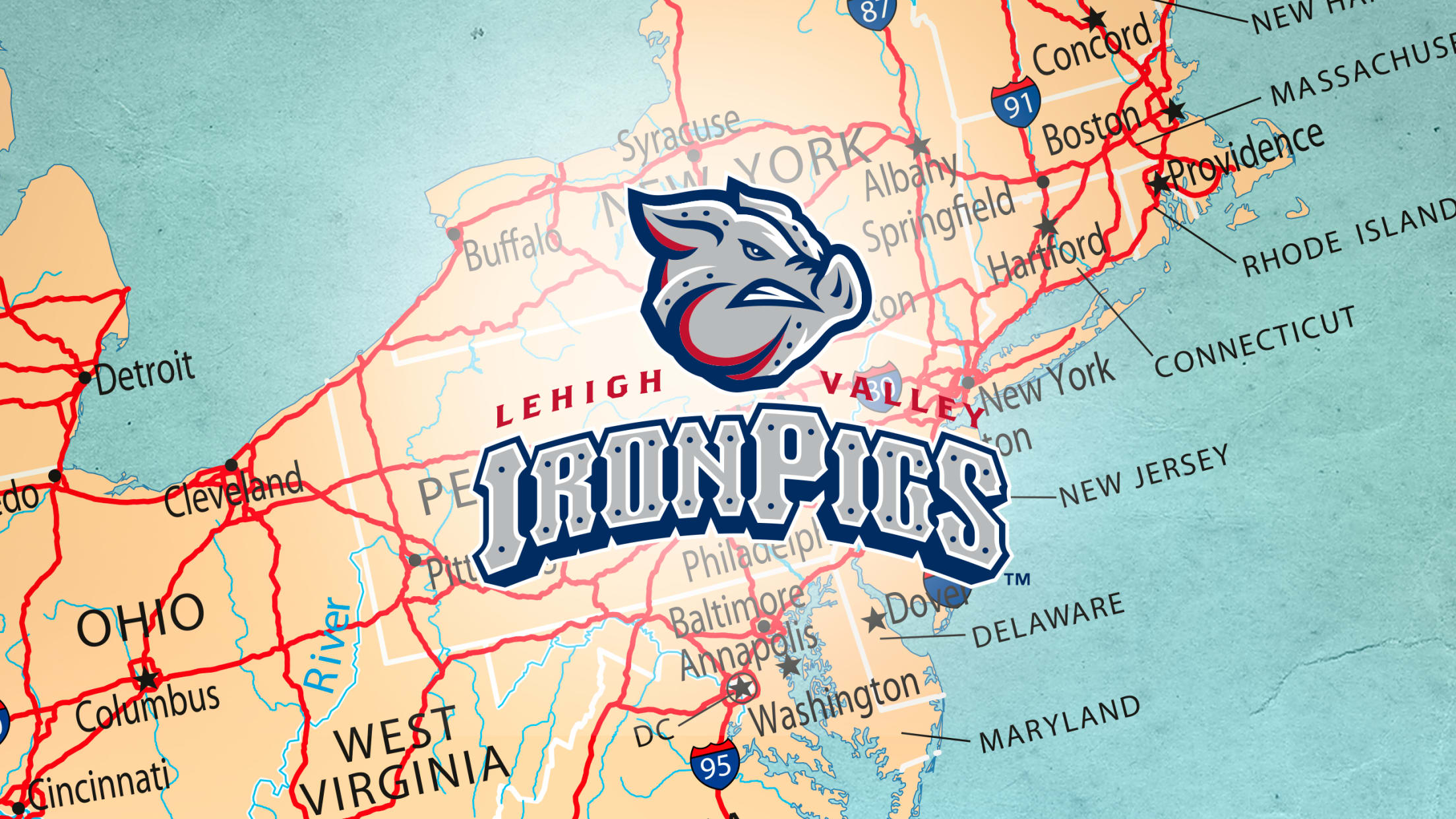 Allentown has a Minor League history that goes back to the 1800s and the first Eastern League, but after 1960, it went nearly 40 years without baseball until the independent Allentown Ambassadors joined the Northeast League. The Ambassadors folded just before the 2004 season, and in 2008 the IronPigs debuted, replacing the Ottawa Lynx in the Triple-A International League. 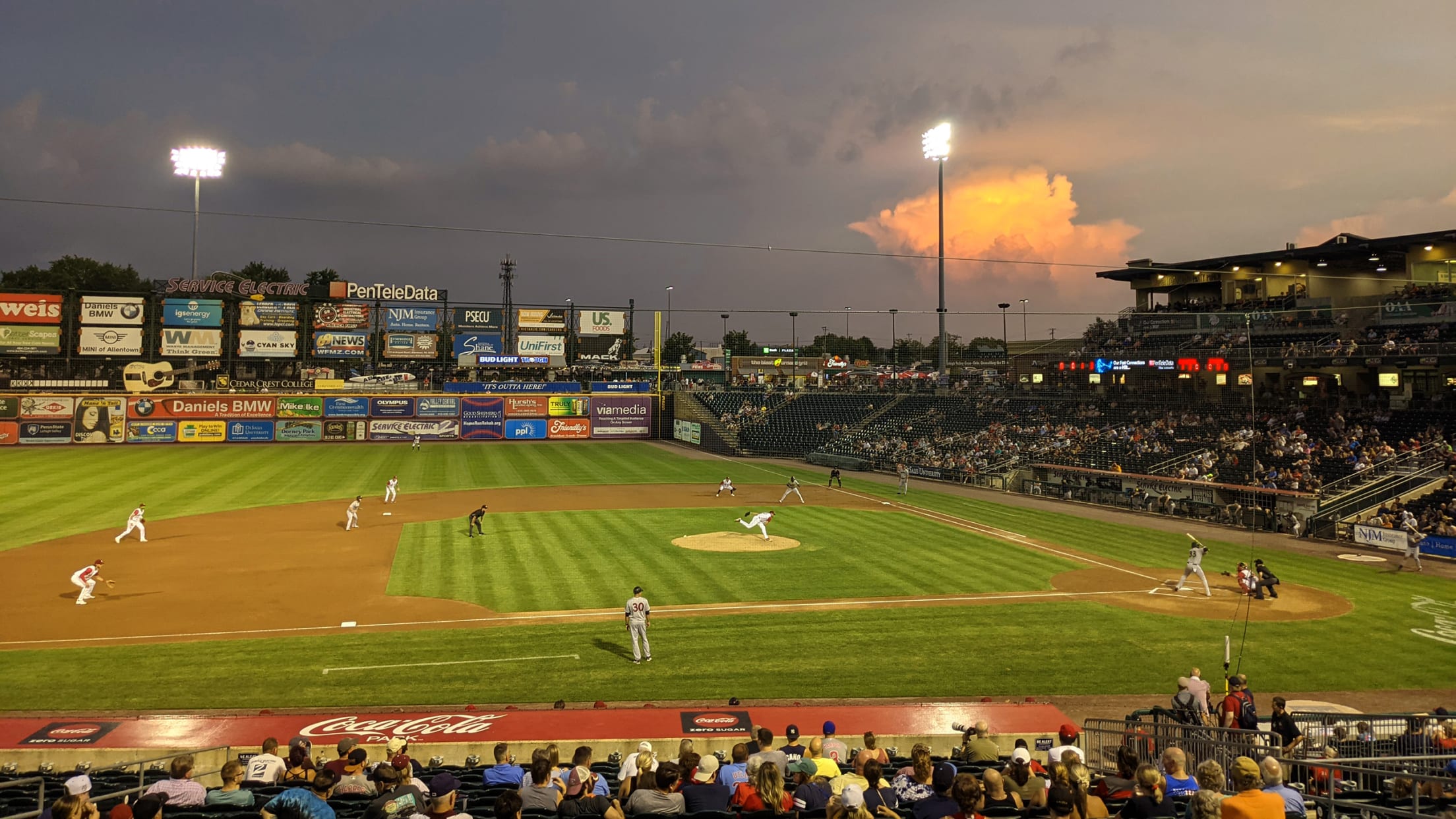 With a population just over 125,000, Allentown is the third-largest city in Pennsylvania after Philadelphia and Pittsburgh. The seat of Lehigh County, it’s also the de facto capital of the Lehigh Valley region, which encompasses three northeast Pennsylvania counties and one across the Delaware River in western New Jersey. In the late 19th century, Allentown and neighboring Bethlehem became major iron- and steel-producing cities; it’s the pig iron in the steel-making process that gives the IronPigs their name.

Since the team’s inception in 2008, the IronPigs lead Minor League Baseball with an average of just over 9,000 fans per game and often draw more than 600,000 annually. 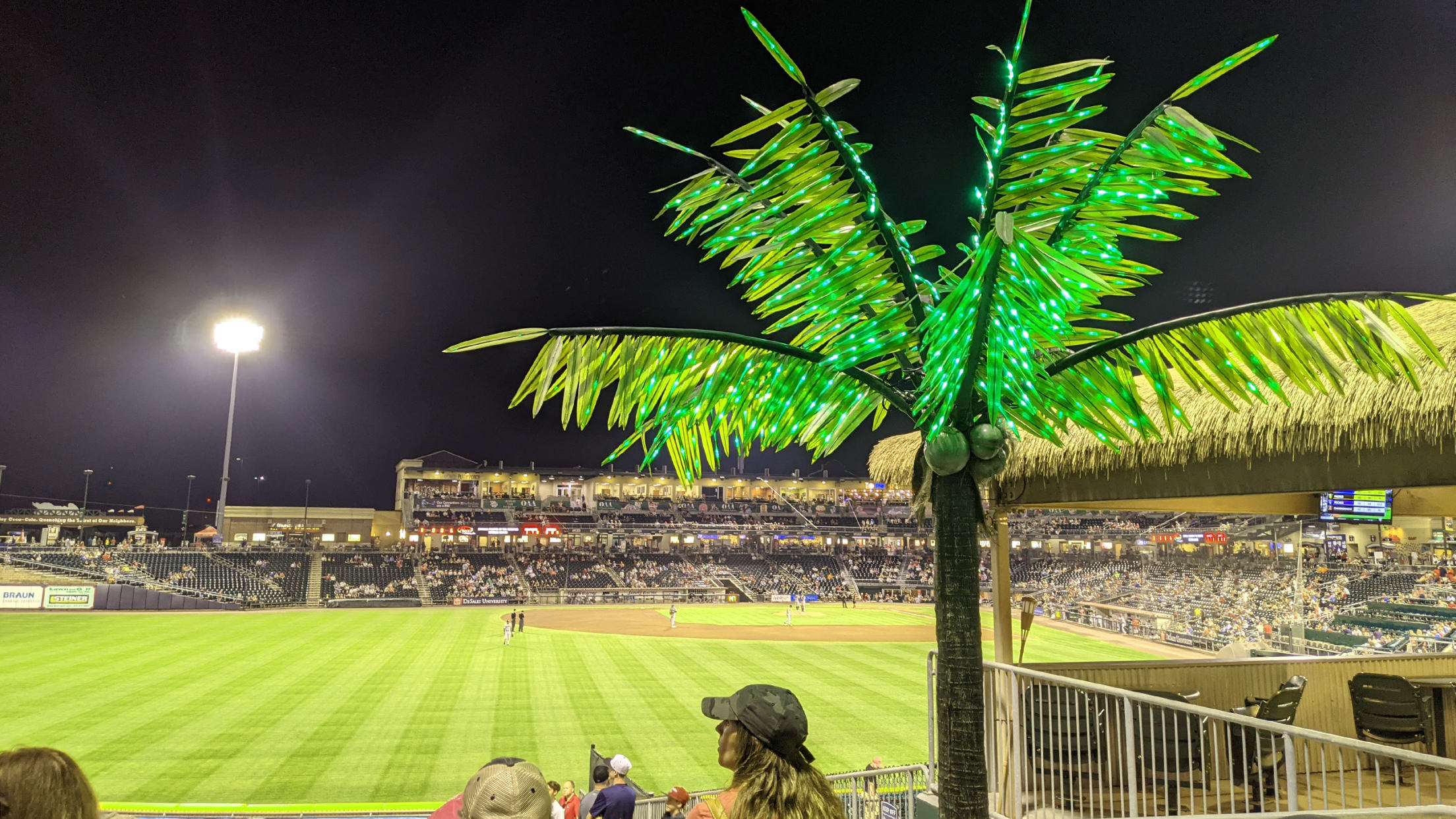 There is not a bad view at Coca-Cola Park, and its design makes it hard to be anywhere in the ballpark without being able to see the field. The 360-degree concourse not only keeps the field in sight nearly all the way around, but standing room is available behind nearly every section and throughout most of the outfield areas, as well. Lawn seating is available on the sloping berm in left field, while right field turns advertisements for Martin Guitars (based in nearby Nazareth, Pa.) and the Lehigh Valley International Airport into viewing areas with windows cut into the designs of a giant acoustic guitar and, naturally, an airplane.

A kids zone is tucked behind the Berks Foods Picnic Patio in the left-field corner, next to the home of mascots FeRROUS and FeFe, who appear at scheduled times for photo opportunities. 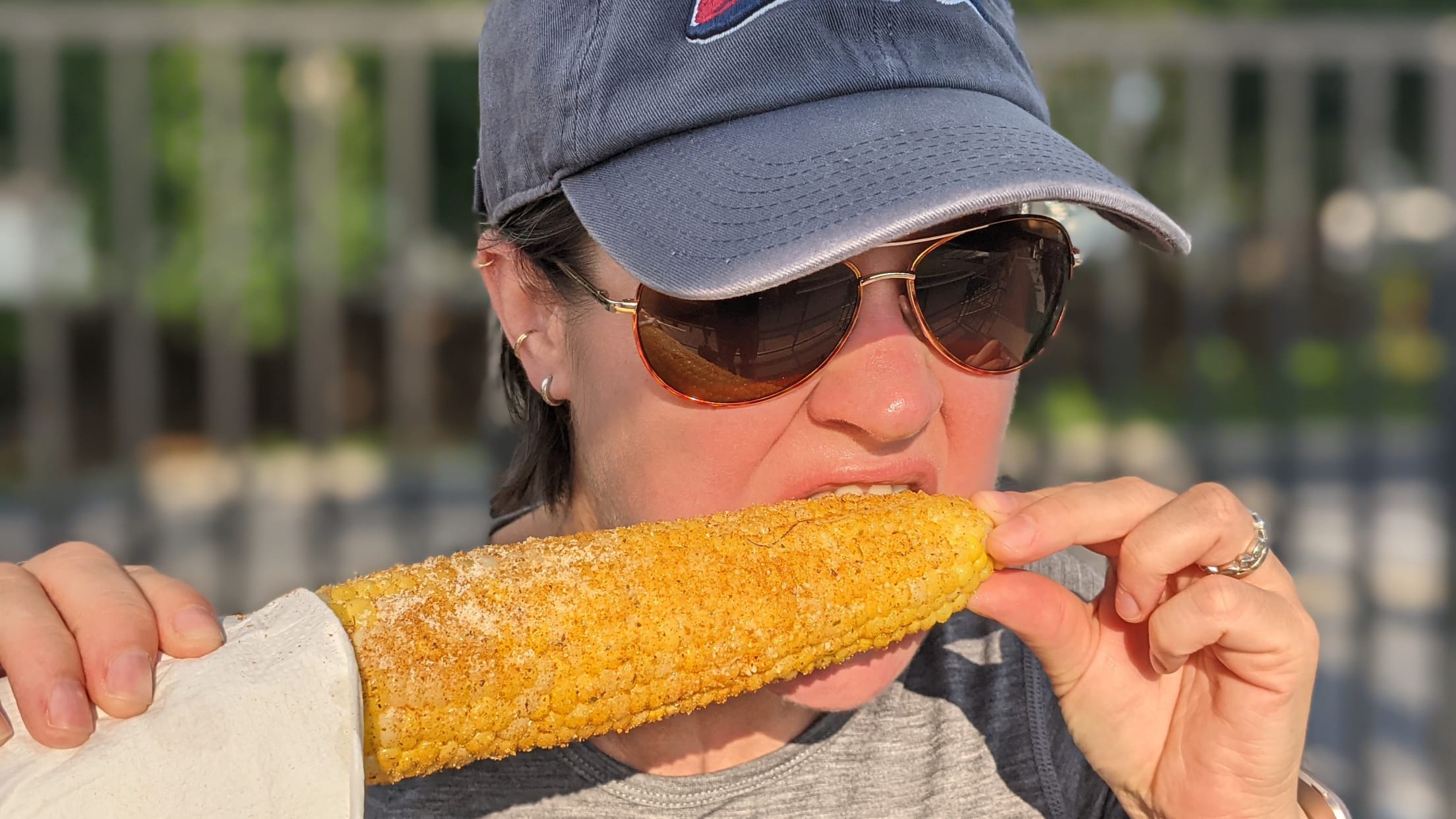 Banners above the concourse throughout the ballpark boast “The Best Food in Minor League Baseball,” and it’s hard to argue with that claim. It would take an iron stomach to sample all the offerings in one visit, but PigsFoodFinder.com can help plan a course of action. Pierogies join the expected staples (hot dogs, burgers, chicken fingers, etc.) available at the main concourse stands, and walking tacos (meat, salsa, sour cream and cheese served in a bag of tortilla chips) are also a departure from familiar fare. Concourse kiosks also serve cheesesteaks (the park is 55 miles from Philadelphia, after all).

What sets Coca-Cola Park apart from many other ballparks is the variety offered by outside vendors. There’s Philly Pretzel Co. for large pretzel twists and a variety of dipping sauces, Jaindl Smoke House for BBQ, Friendly’s ice cream, The Gyro Company and Aw Shucks! roasted corn. If you’re a fan of bacon, fear not: It’s hard to miss. There’s candied bacon, bacon mac and cheese, a bacon burger with mac and cheese and bacon cheese fries. A variety of pulled pork sandwiches can also be found throughout the park.

Fans of craft beer will find no shortage of options, from the Bud Light Trough (serving more than its namesake) in right field to the Bru Daddy Craft Beer Garden behind home plate. And while a few vendors do accept cash, the entire ballpark – including the team store – is set up to be cashless. 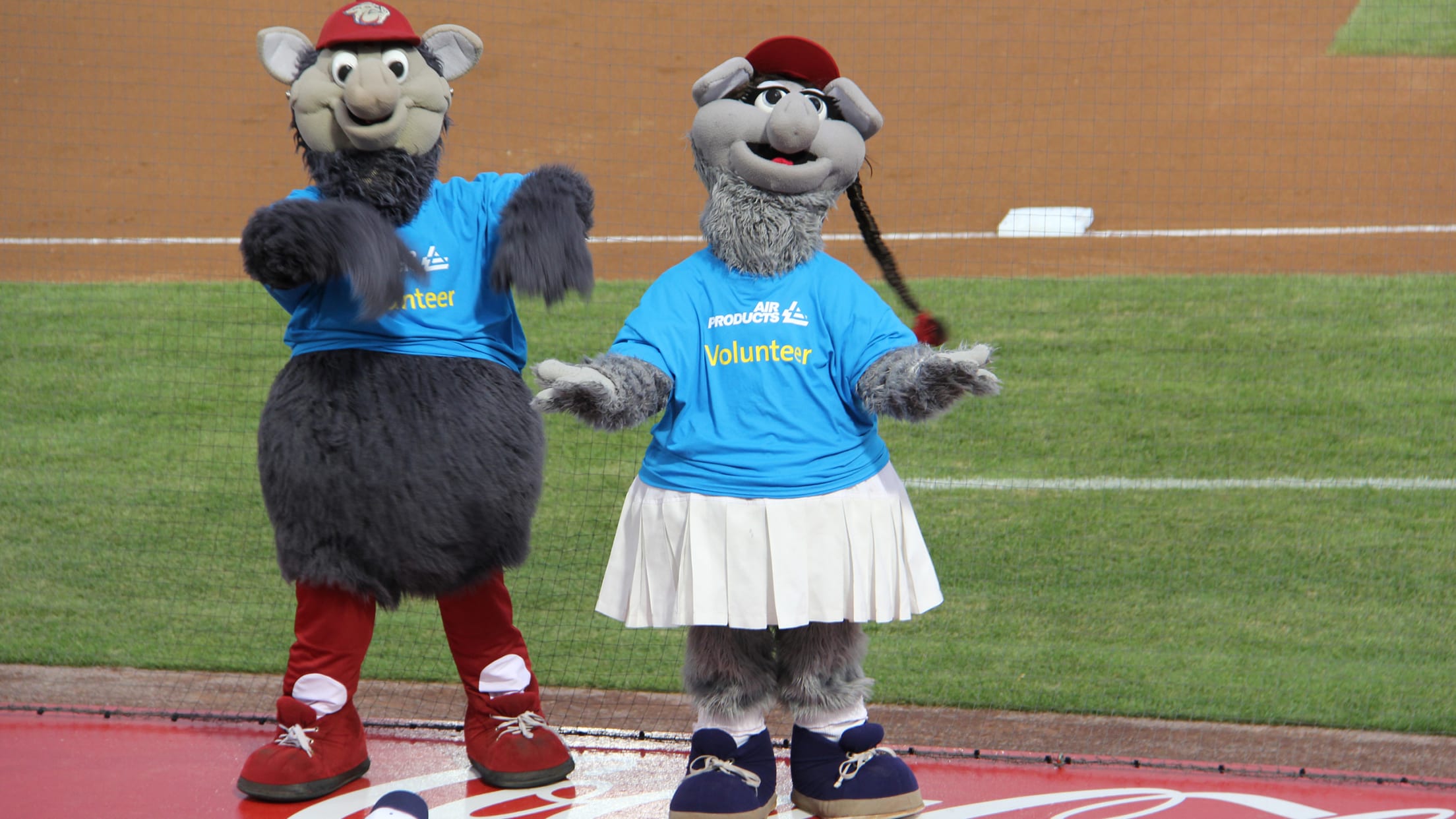 Fans of Latin or the periodic table will get a kick out of the two main mascots: FeRROUS and FeFe, two active anthropomorphic pigs. FeRROUS (the Latin term for iron) wears No. 26, the element’s atomic number. FeFe (iron’s chemical symbol is Fe) dons a No. 08 jersey, commemorating the IronPigs’ inaugural season. You can’t miss them on the field before the game or at their scheduled photo opportunities at their hut on the left-field concourse.

But why have two mascots when you can have seven of them? Keep an eye out in the eighth inning for the Pork Race, when Chris P. Bacon, Diggity, Hambone, Barbie Q. and Ribbie dash from the left-field fence to a finish line by the first-base dugout.

There is plenty to do both indoors and out across the three-city hub of the Lehigh Valley: Allentown, Bethlehem and Easton. Beat the summer heat on the roller coasters or water slides at Dorney Park and Wildwater Kingdom, explore the evolution of transportation at the America on Wheels Museum (23,000 square feet of automobiles) and the Mack Trucks Historical Museum, or melt into the colorful world of the Crayola Experience at the crayon-maker’s hands-on attraction. You can even tour the Lehigh River on a 10-mile, round-trip kayak-and-bike tour with Historic Bethlehem River Tours.

Though the Allentown-Bethlehem area is known for industrial manufacturing, it’s surrounded by fertile farmland that provides fresh ingredients for local restaurants. The foodie scene is so popular in the region that DiscoverLehighValley.com notes several Restaurant Weeks that take place throughout the year. There are also a dozen wineries in the area and enough craft breweries to make up a Lehigh Valley Ale Trail.

The Hotel Bethlehem was named the best historic hotel in the country by USA Today in the paper’s annual 10 Best Readers’ Choice Awards. It’s the third straight top-3 finish for the 99-year-old hotel, which is located in the walkable National Historic Landmark District of downtown Bethlehem. There is no shortage of lodging, from budget chains to one-of-a-kind inns and spas in the area.

Pennsylvania has six affiliated Minor League teams, but it’s a wide state. The closest team to Lehigh Valley is one level below the IronPigs: The Phillies’ Double-A affiliate, the Reading Fightin Phils, play less than an hour to the southwest of Allentown. The Scranton/Wilkes-Barre RailRiders, a Triple-A East rival and the Yankees’ top affiliate, are 90 minutes north. Head west on I-78 out of Allentown for an hour and a half and you can catch the Nationals’ Double-A team, the Harrisburg Senators, at their ballpark on City Island in the Susquehanna River. Further west in the Keystone state are the Altoona Curve, Double-A affiliate of the Pirates, and Erie Sea Wolves, the Tigers’ Double-A team. 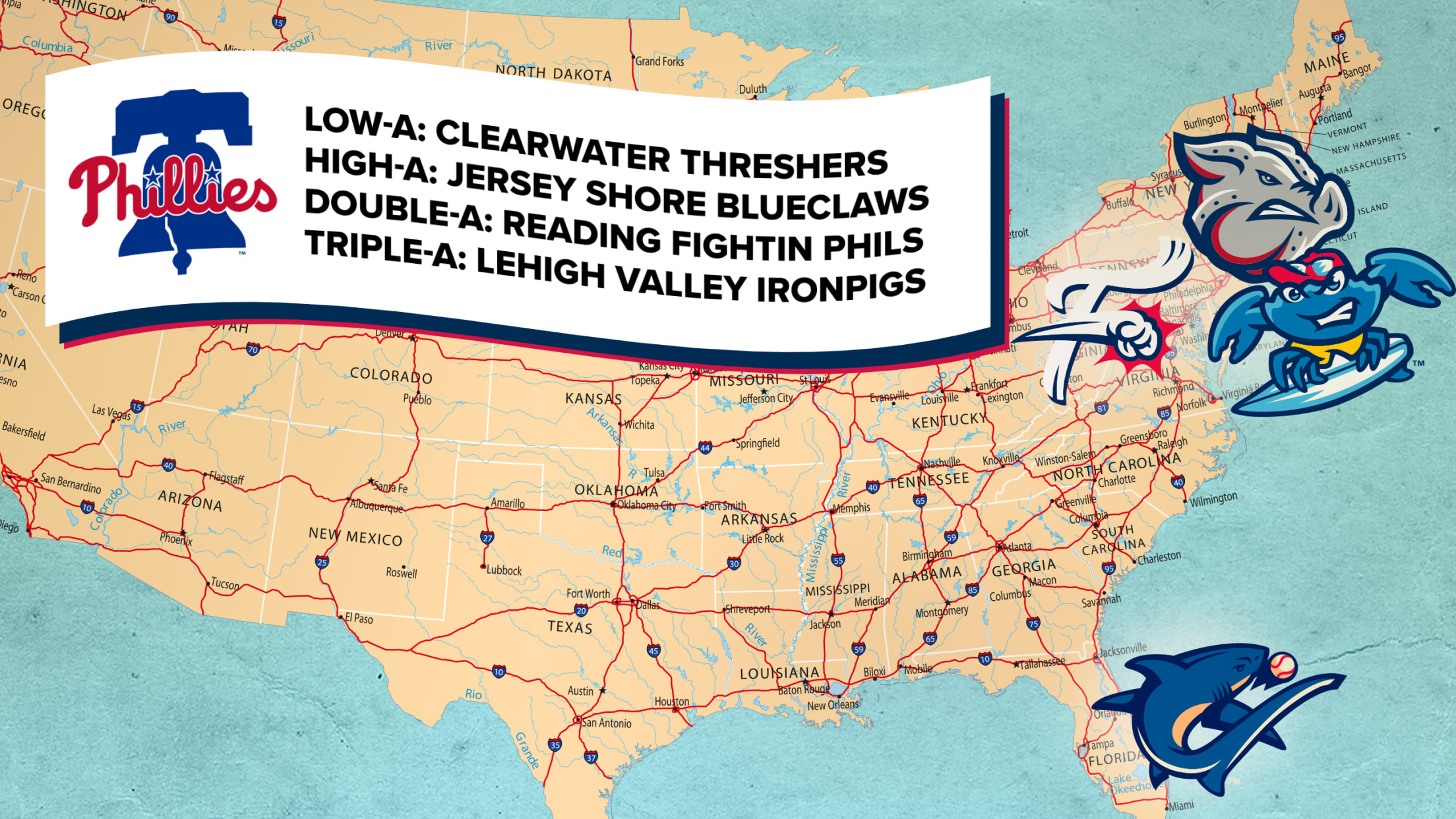 The City of Brotherly Love is not just the heart of American history, it’s also just about equidistant from the Phillies’ three top affiliates: It only takes about an hour and 15 minutes to get from Citizens Bank Park to the homes of the High-A Jersey Shore BlueClaws to the east, the IronPigs to the north and the Fightin Phils to the west. On the other hand, it’s about a 2½-hour flight to the Low-A Clearwater Threshers, who play at the Phillies’ Spring Training home in Florida.