The Barrel classification is assigned to batted-ball events whose comparable hit types (in terms of exit velocity and launch angle) have led to a minimum .500 batting average and 1.500 slugging percentage since Statcast was implemented Major League wide in 2015.

But similar to how Quality Starts have generally yielded a mean ERA much lower than the baseline of 4.50, the average Barrel has produced a batting mark and a slugging percentage significantly higher than .500 and 1.500, respectively. During the 2016 regular season, balls assigned the Barreled classification had a batting average of .822 and a 2.386 slugging percentage.

To be Barreled, a batted ball requires an exit velocity of at least 98 mph. At that speed, balls struck with a launch angle between 26-30 degrees always garner Barreled classification. For every mph over 98, the range of launch angles expands.

Every additional mph over 100 increases the range another two to three degrees until an exit velocity of 116 mph is reached. At that threshold, the Barreled designation is assigned to any ball with a launch angle between eight and 50 degrees. 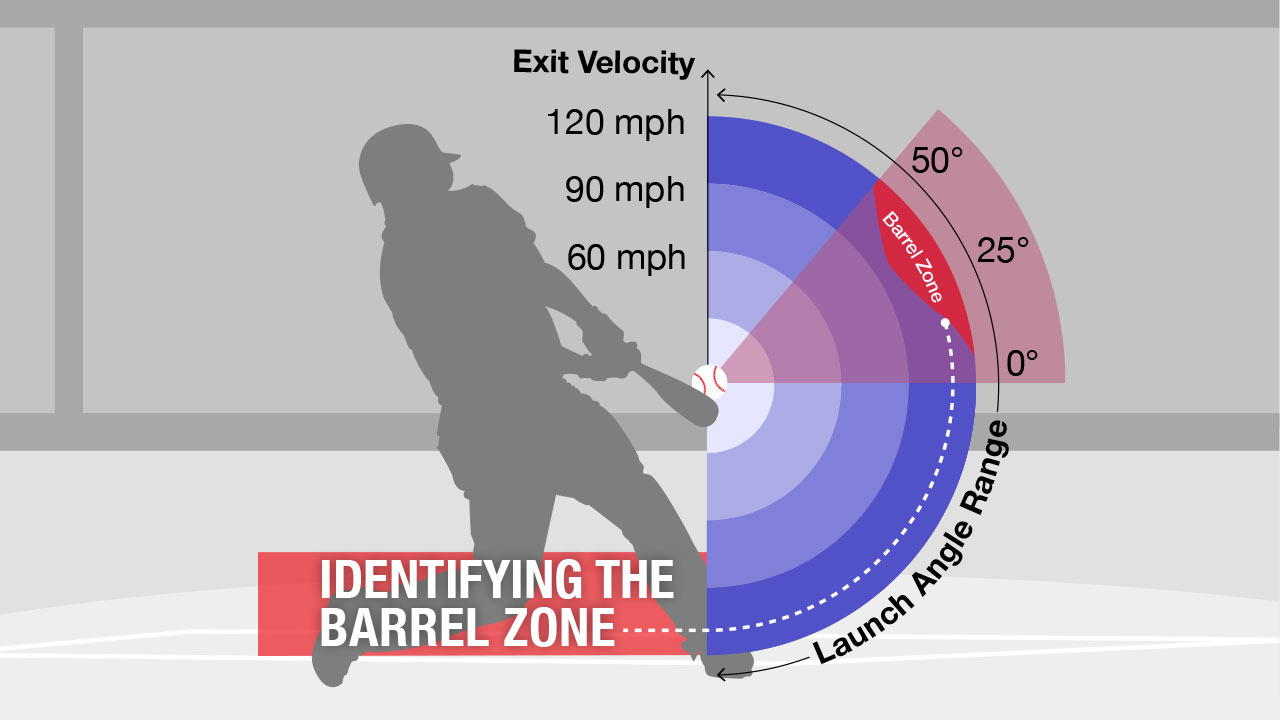 Note: The red-shaded area in the graphic above illustrates the exit velocity and launch angle combinations that yield Barreled status in 100 percent of cases.