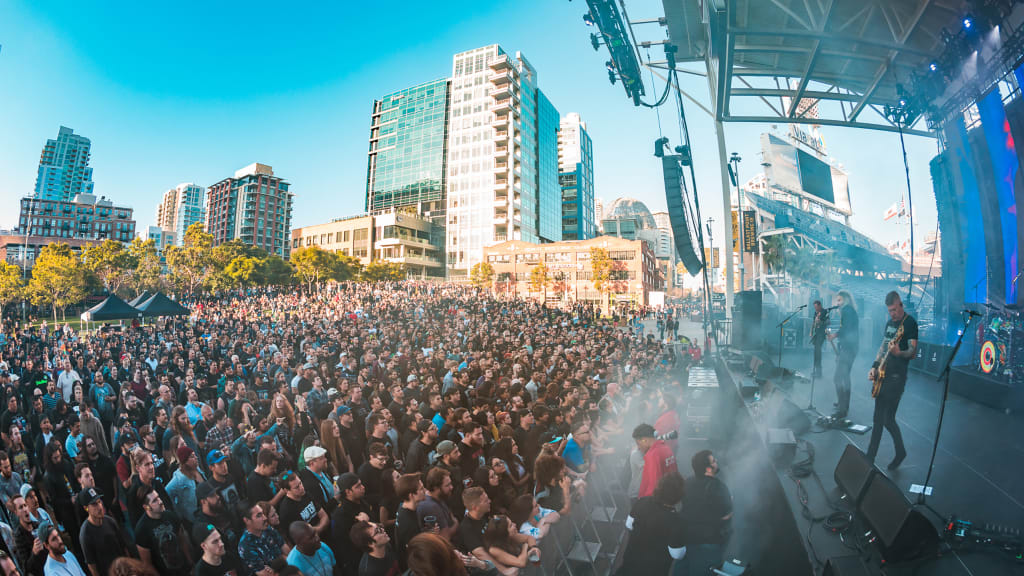 Join us at the premier concert venue in San Diego – Petco Park – for full venue concerts and festivals and concerts at the Sycuan Stage in Gallagher Square, in partnership with Live Nation.

Chart-topping rapper NF is coming to Petco Park on May 18, 2020 as part of The Search Tour produced by Live Nation. Ticket pre-sales for Padres Members and subscribers are on September 26 with more information sent via email before the public on sale September 27

The Stadium Tour is coming to Petco Park on Thursday, July 23, 2020 featuring Def Leppard, Motley Crue, Poison and Joan Jett and the Blackhearts.

KAABOO - Southern California's largest music, comedy, art and culinary festival - is coming to Petco Park beginning in September 2020. KAABOO Del Mar, now known as KAABOO San Diego, will celebrate its sixth festival event with a move to Petco Park and its surrounding venues on September 18-20, 2020, and will feature a variety of headlining music hitmakers, and legends of varying genres, and offer an unrivaled level of entertainment throughout the weekend.