We back the Native American Community 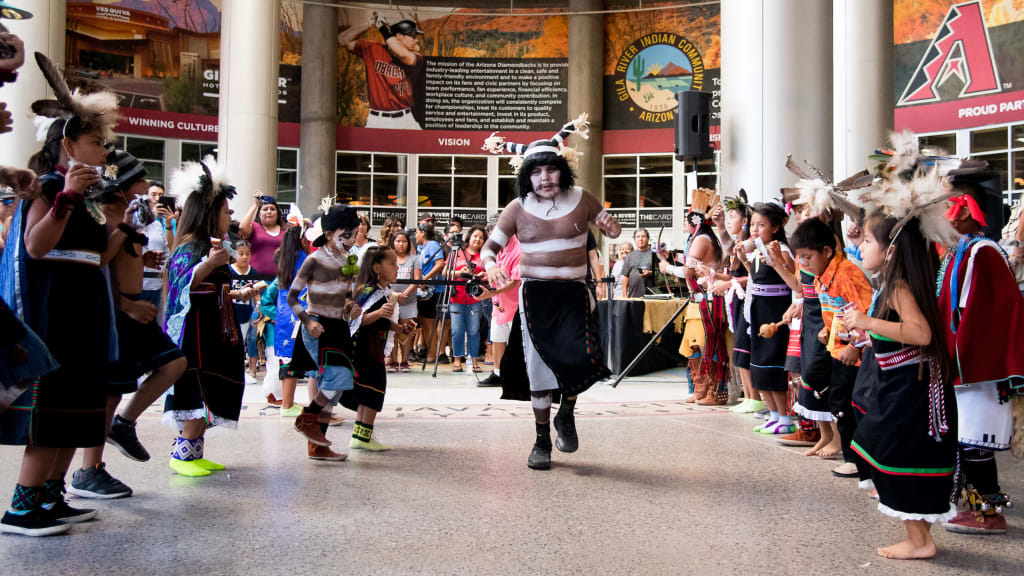 This festive day at the ballpark includes performances from various Native American drum groups, dancers and vocalists as well as art displays and educational exhibits. The team also recognizes several of Arizona’s Tribal Royalty Contingent and the ceremonial first pitch, national anthem and color guard display are all performed by members of the Native American community.

The D-backs Inter-Tribal Youth Baseball & Softball Tournament is the largest all-Native American baseball and softball tournament in the country. Games are played throughout the Salt River reservation at ballparks around the Valley. Since the tournament’s inception in 1999, it has boasted over 14,000 participants who have played in over 1,700 friendship games. Each year, approximately 75 teams travel to Phoenix from tribal nations all over the country to participate. More than 1,125 participants representing more than 23 tribes participate in the 2019 tournament. Trophies are awarded to the championship teams and MVPs before the game on Native American Recognition Day.

D-backs Give Back
Your Vote Matters

D-backs Give Back Youth Jersey Program

Arizona Diamondbacks Foundation launched the D-backs Give Back Youth Jersey Program, providing youth baseball and softball leagues across Arizona with high-quality jerseys and caps at no cost. The D-backs Give Back Youth Jersey Program has significantly offset diminishing resources and has allowed participating leagues to reallocate funds toward equipment, registration fees and facility improvements. In 2020, two new jerseys were added with our tribal word mark to the mix of uniforms worn by many Little Leaguers.