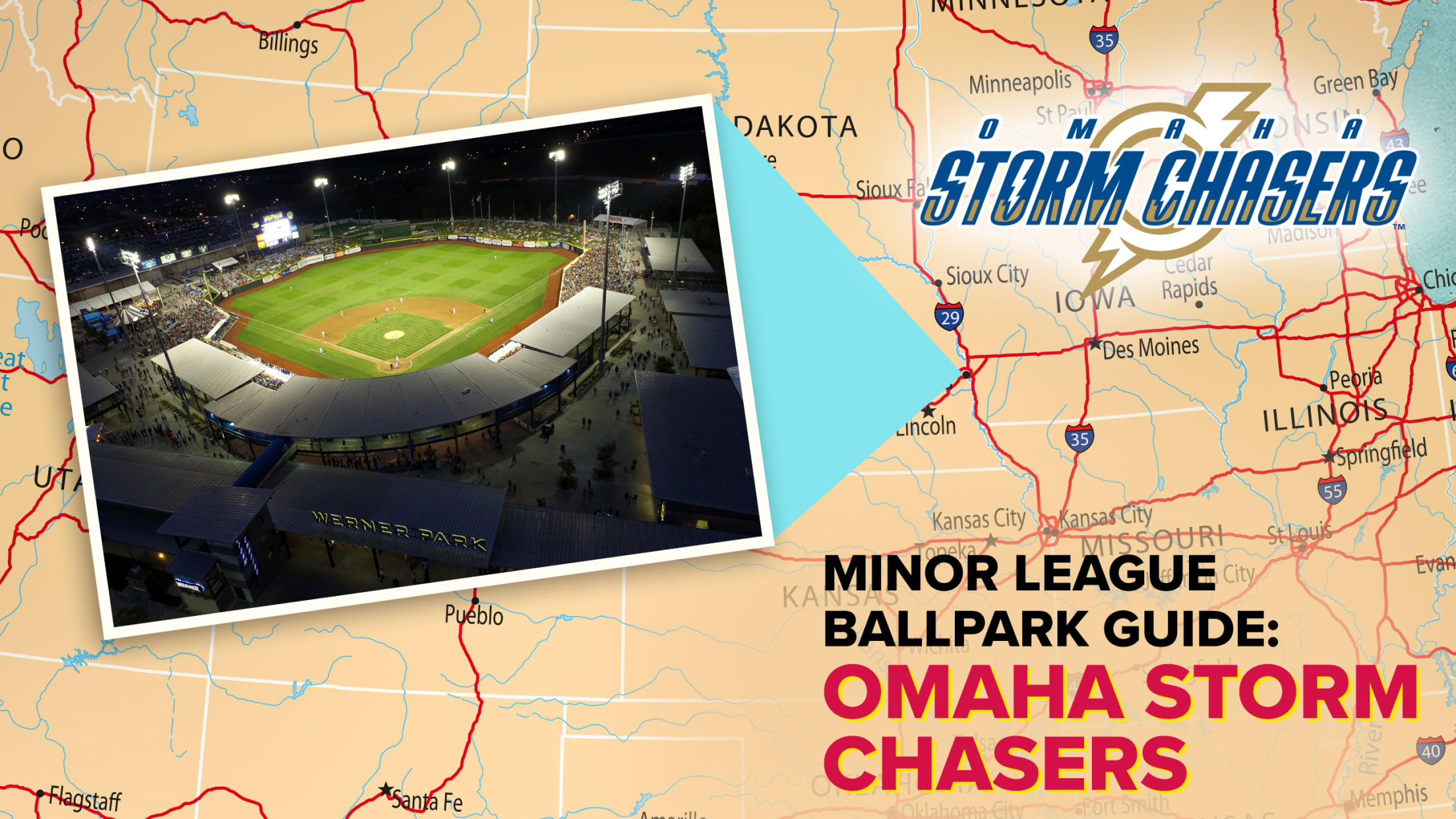 Welcome to Werner Park in Papillion, Nebraska. As the successor to one of baseball’s most iconic venues of the 20th century, the suburban Omaha ballpark has quickly turned into a modern classic while maintaining one of the longest-lasting affiliate partnerships in the Minor Leagues. 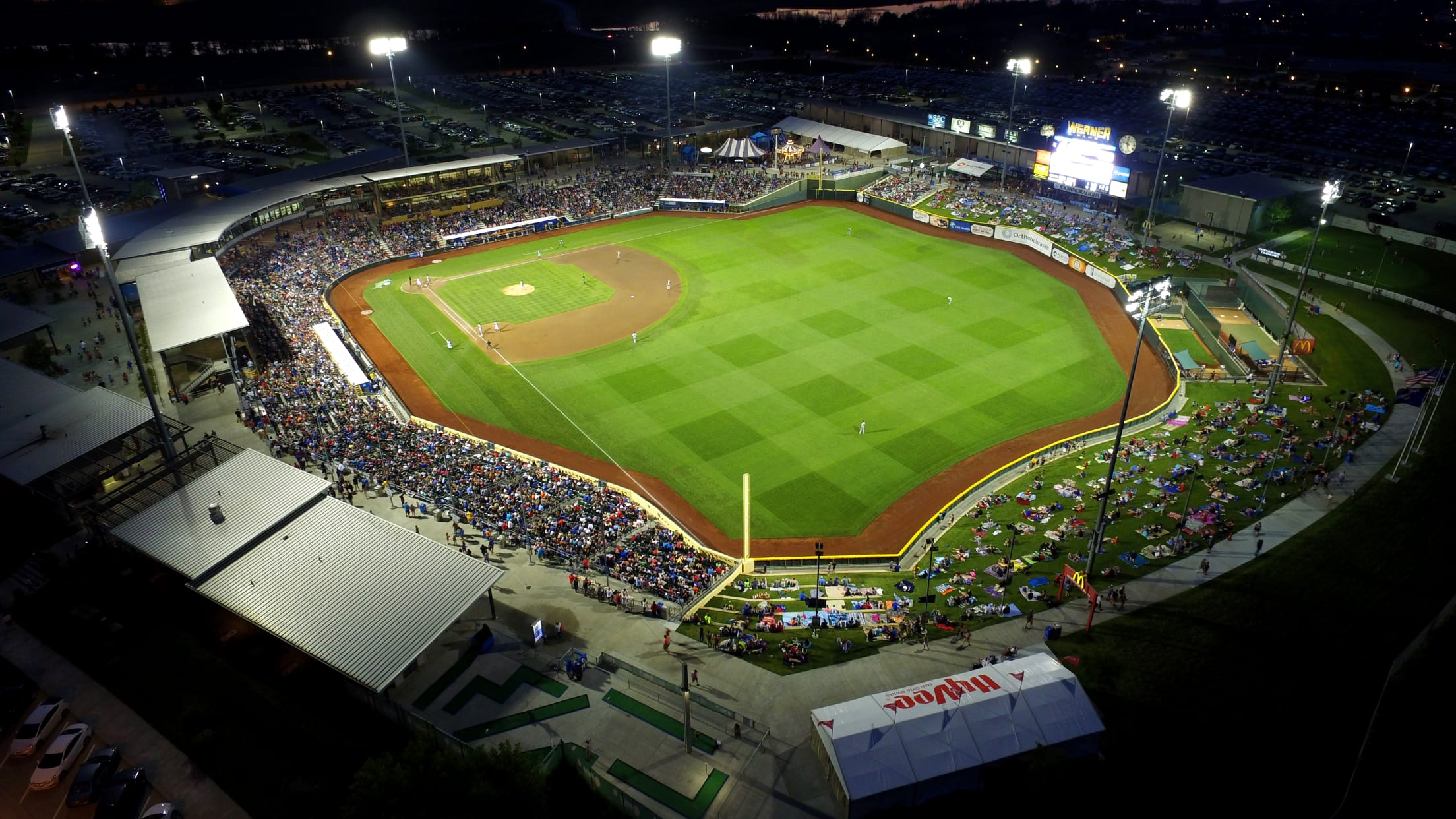 Cooperstown, New York has the National Baseball Hall of Fame and Museum. Williamsport, Pennsylvania plays host to the Little League World Series. Across America year after year, the nation’s best collegiate players open their seasons with one goal in mind: Omaha.

Nebraska’s largest city has played a major role in baseball’s development from the time it first hosted the College World Series in 1950 to the founding of its current Triple-A franchise in 1969 to today. Baseball’s history in Omaha dates back as far as 1879 with the Green Stockings of the Northwestern League. Over the generations, the city has given rise to some of Minor League Baseball’s greatest all-time team names -- Omahogs, Lambs, Crickets and Robin Hoods to name a few -- as well as some of the sport’s biggest names, legends like Hall of Famers Wade Boggs and Bob Gibson who were born in Omaha, along with Rachel Balkovec, the first woman to manage a Minor League team.

Omaha was a stalwart in the Class A Western League in most seasons from 1901-1954 before the city’s first Triple-A club arrived. The Omaha Cardinals joined the Triple-A American Association in 1955 and stayed there through 1959. After a two-year run for the Omaha Dodgers in the same league for the 1961 and ’62 seasons, Omaha was without affiliated ball for six years. Then came one of the Minors’ most stable franchises, which has now operated in the city for over 50 years and has been aligned with the same MLB organization that whole time. The Omaha Royals came into existence the same year as their parent club in Kansas City, and the decades-long affiliation is by far the longest in Triple-A with scores of Royals stars stopping in Omaha before arriving on the scene a few hours down Interstate 29 in Kansas City. 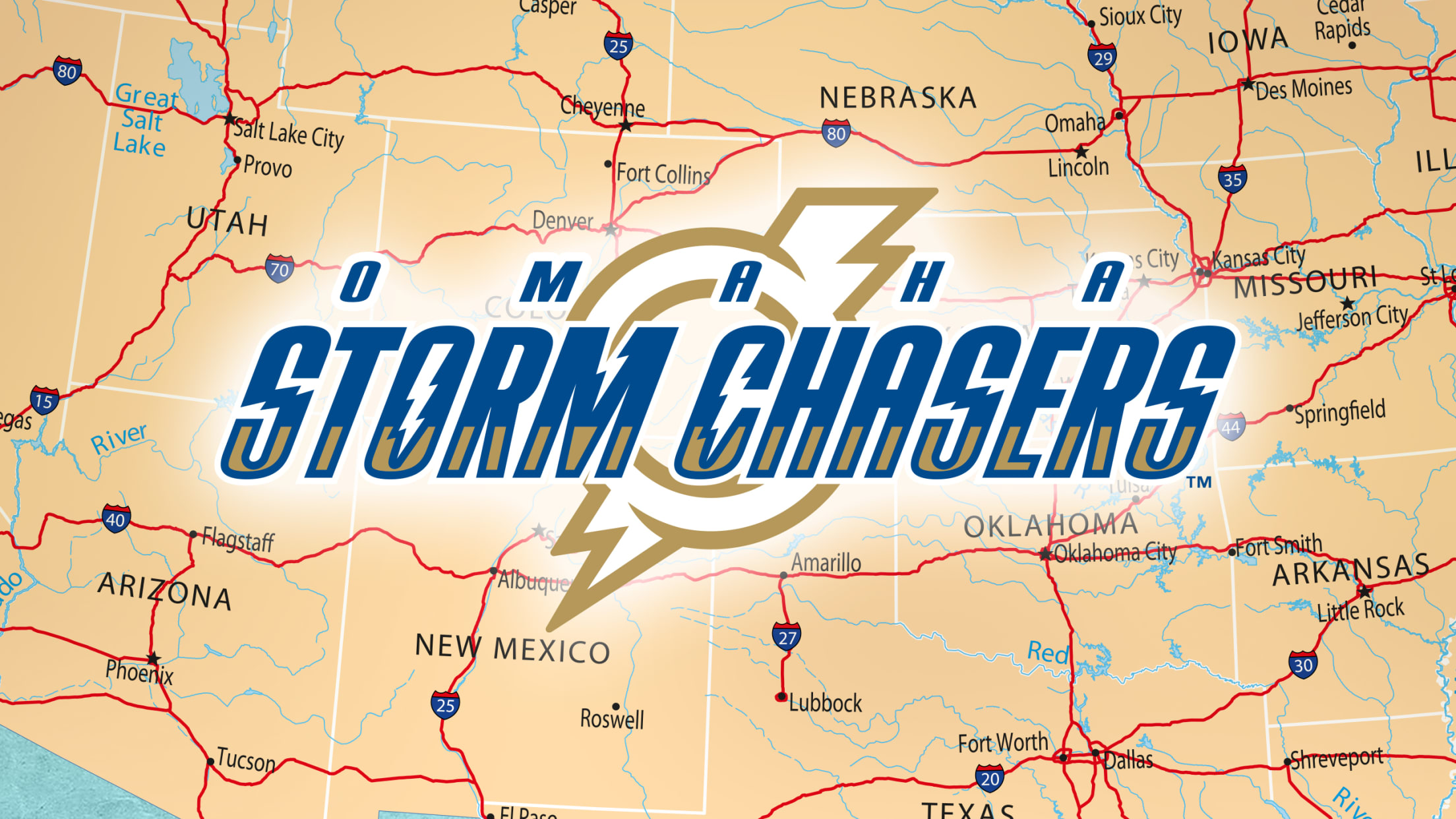 One of the most hallowed ballparks in American history, though its notoriety came from the amateur game more than its professional roots, was Omaha’s Johnny Rosenblatt Stadium. Originally constructed as Omaha Municipal Stadium in 1947, “The Blatt” was renamed in 1964 to honor the city’s mayor from 1954-61 who was instrumental in its construction and its role as home of the College World Series. Rosenblatt Stadium hosted the Western League and American Association versions of the Cardinals as well as the Dodgers’ brief run before the Royals called it home beginning in 1969. Year after year, the best team in college baseball was crowned on its diamond, and the Royals took the baseball calendar the rest of the way, capturing league championships four times.

By the 2000s, Rosenblatt was becoming dated, and its comparatively enormous size for a Minor League ballpark -- the stadium held over 25,000 in its final configuration, the largest non-MLB park in the country -- gave rise to the possibility of a Minor League-specific facility for Omaha’s hometown team. In 2009, the franchise broke ground on a new home in Papillion, 15 miles southwest of Rosenblatt. The team moved into its sparkling new park two years later under a new franchise name: the Storm Chasers.

Werner Park is a much more modern and intimate ballpark than its predecessor (which was torn down in 2011 after the College World Series moved to a new stadium of its own in downtown Omaha) which holds nearly 10,000 when counting berm seating and standing room capacity. After fans step into the ballpark via zero-degree entry from street level, the field opens up before them. Seats stretch from foul pole to foul pole, and no section of Werner Park’s seating is deeper than 18 rows. Immediately behind the plate, club seats have access to the team’s Jack Daniel’s Club with exclusive food and drink options and a place to get out of the elements.

Unique seating options for individuals and groups abound, from a home run porch in left field to picnic areas around the park and one of the largest berm areas in the Minor Leagues surrounding most of the outfield with a capacity of nearly 2,000. Kids have entertainment options away from the playing field with a family fun zone in left field, a Wiffle ball diamond beyond center and a basketball court alongside it. Werner Park’s 360-degree concourse is also a third of a mile in length, so those looking to get steps in have their opportunities, too. 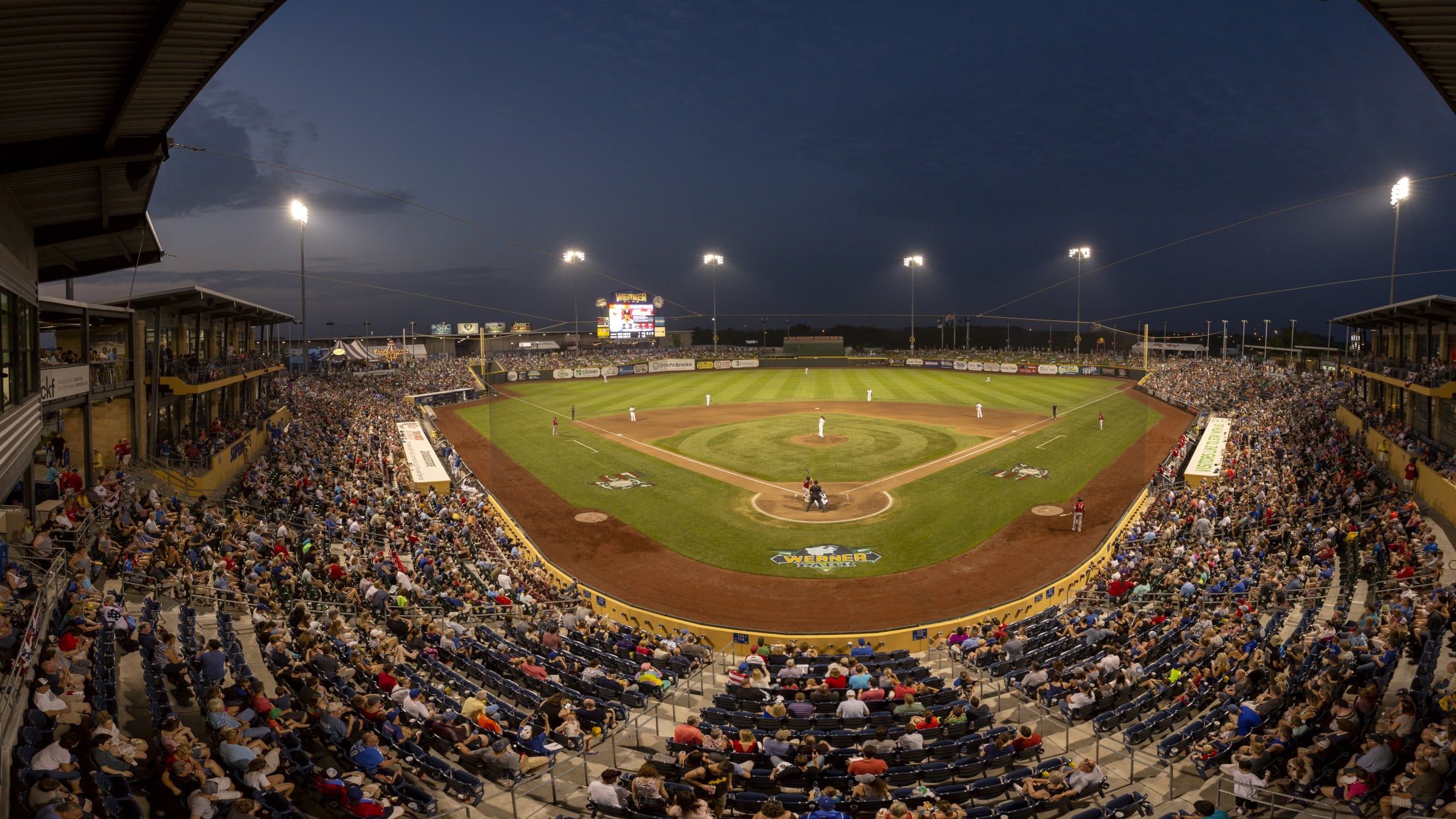 The Storm Chasers have long churned out Nebraska-inspired food items including a Reuben cart for sandwiches, the first of which was purportedly created and served in Omaha in the 1920s. (The Storm Chasers haven’t yet gone with a cart that pays homage to Hastings, Nebraska-created Kool-Aid, but don’t rule it out.) Nebraska's beloved pizza chain Valentino’s slings slices at the yard, and the Sarpy Smokehouse concessions area gets rave reviews for its meat options. The Storm Chasers also partner with Omaha-based Nebraska Brewing Co. for a team-specific beer called Ale Storm which the brewery says pairs well with, perhaps unsurprisingly, peanuts, Cracker Jack and hot dogs. 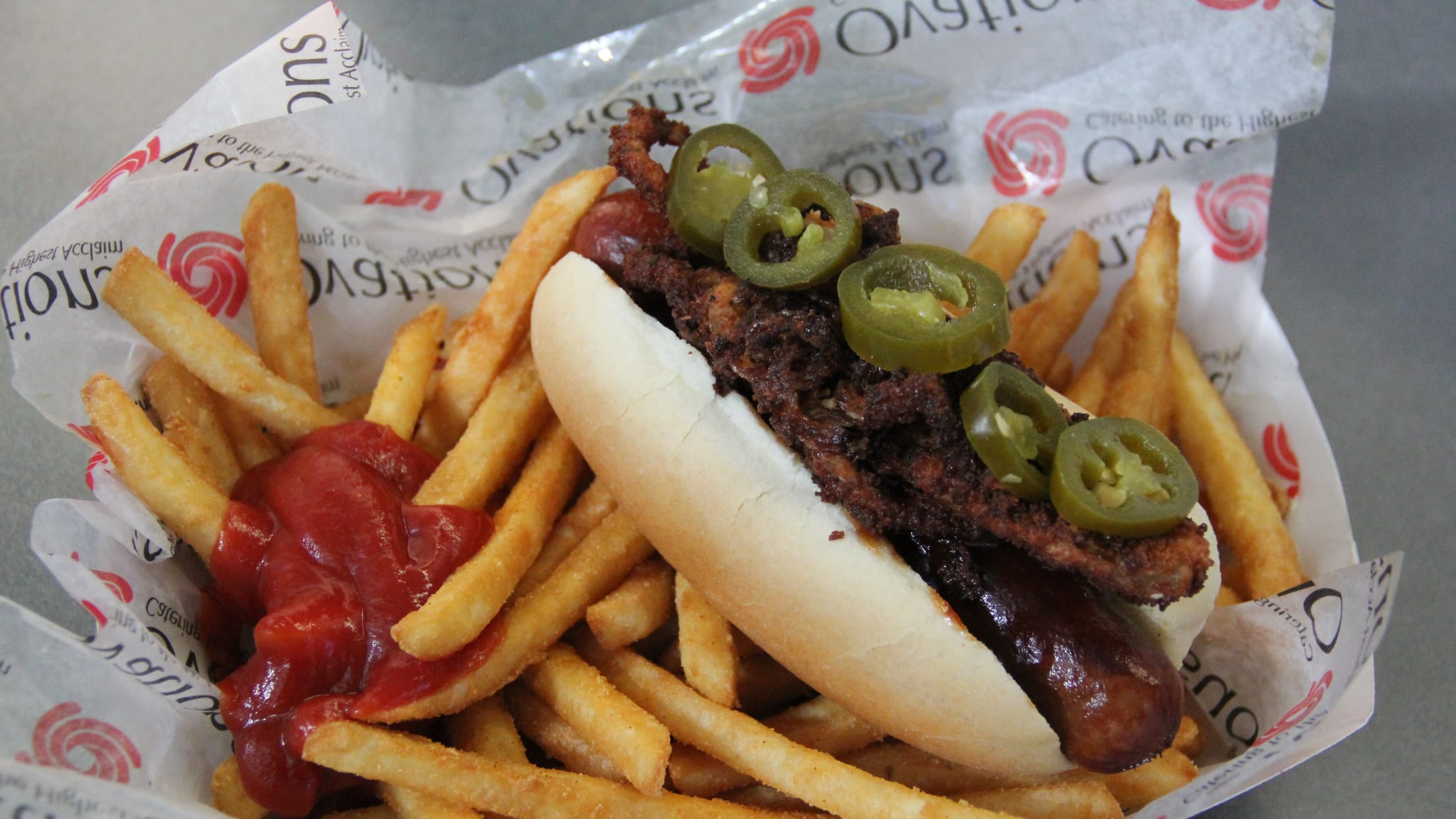 When the Royals-turned-Storm Chasers moved into their new home, they brought longtime team mascot Casey with them. Over the last decade, Omaha’s beloved lion has been joined by fellow mascots including the appropriately meteorogically named Stormy, Vortex, Sue Nami and others like Sizzle (named after the team’s steak-inspired alternate identity) and more.

Omaha’s biggest annual attraction is the College World Series, held every June at Charles Schwab Field (formerly TD Ameritrade Park), which brings tens of thousands of spectators from across the country to watch NCAA Division-I baseball crown its newest champions. The park also serves as home field for Creighton University baseball and is located a short distance from CHI Health Center, home to Creighton’s perennial powerhouse basketball program. Rosenblatt Stadium is memorialized with its infield still intact in its former site, now in the parking lot for the city’s world-renowned Henry Doorly Zoo and Aquarium.

Adjacent to Omaha’s downtown area is the Old Market, chock full of some of the city’s best bars, restaurants and entertainment options.

For live music, check out The Slowdown, The Waiting Room Lounge or the newly rechristened Admiral, formerly known as Sokol Auditorium.

The city is also home to Boys Town, an enclave that is home to the nonprofit organization of the same name that has worked to help troubled youth since 1917.

Omaha has served some critical roles in American history including as the eastern terminus of the first transcontinental railroad. Rail history is honored all over the city including at Kenefick Park, where the world’s most powerful diesel-electric locomotive and the world’s largest steam engine now reside, and at the Union Pacific Museum in neighboring Council Bluffs, Iowa.

A short drive from Omaha is the Strategic Air Command & Aerospace Museum in Ashland, which focuses on the Cold War role of SAC while displaying aircraft like the Lockheed SR-71A Blackbird and spacecraft like the NASA X-38. Further west on Interstate 80 is the state capital of Lincoln, home to the University of Nebraska's main campus. As the legendary (and accurate) anecdote goes, when the campus’s Memorial Stadium, home to the longest sellout streak in college football history, is full on a fall Saturday, its capacity crowd is larger than all cities in the state except Lincoln and Omaha. 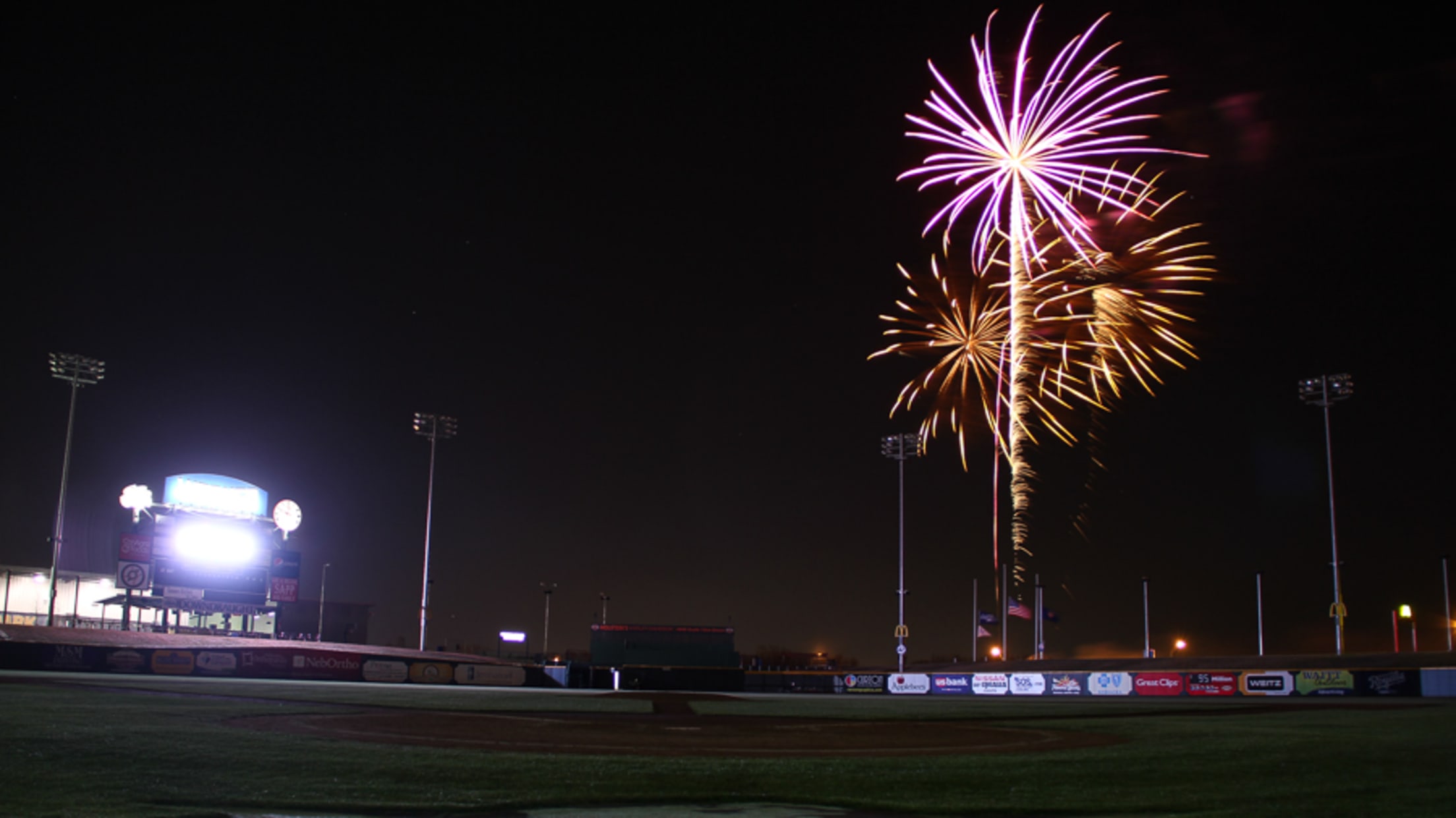 There is no shortage of microbreweries in the Omaha area, including Kinkaider Brewing which was established in nearby Broken Bow and now has taprooms in Omaha and Lincoln. Ollie and Hobbes Craft Kitchen in Papillion is a delicious dining option close to Werner Park. As you'd expect in Nebraska, incredible steak options abound, and some of the best are dished out at Mahogany Prime Steakhouse and Brother Sebastian’s Steak House and Winery among others. For burgers, try old school area staples Dinkers Bar and Grill in Omaha or Stella’s Bar and Grill in nearby Bellevue. Blue Sushi Sake Grill offers some of the city’s best sushi while Acadian Grill comes through with authentic Cajun options.

Housed in a 1920s landmark building, The Cottonwood Hotel offers some of the city’s most elegant lodging while centered between some of its most fashionable areas from the Dundee-Happy Hollow Historic District to downtown. The Cottonwood’s Blackstone District is a revitalized historic neighborhood and is one of Omaha’s hottest areas. The Hotel Deco is a boutique hotel built in 1930 in, as you might guess, Art Deco style and is now listed on the National Register of Historic Places. Plenty of traditional hotel options exist in downtown Omaha for travelers who come to town for business, tourism, the CWS or any other reason as well as closer to the ballpark in Papillion. 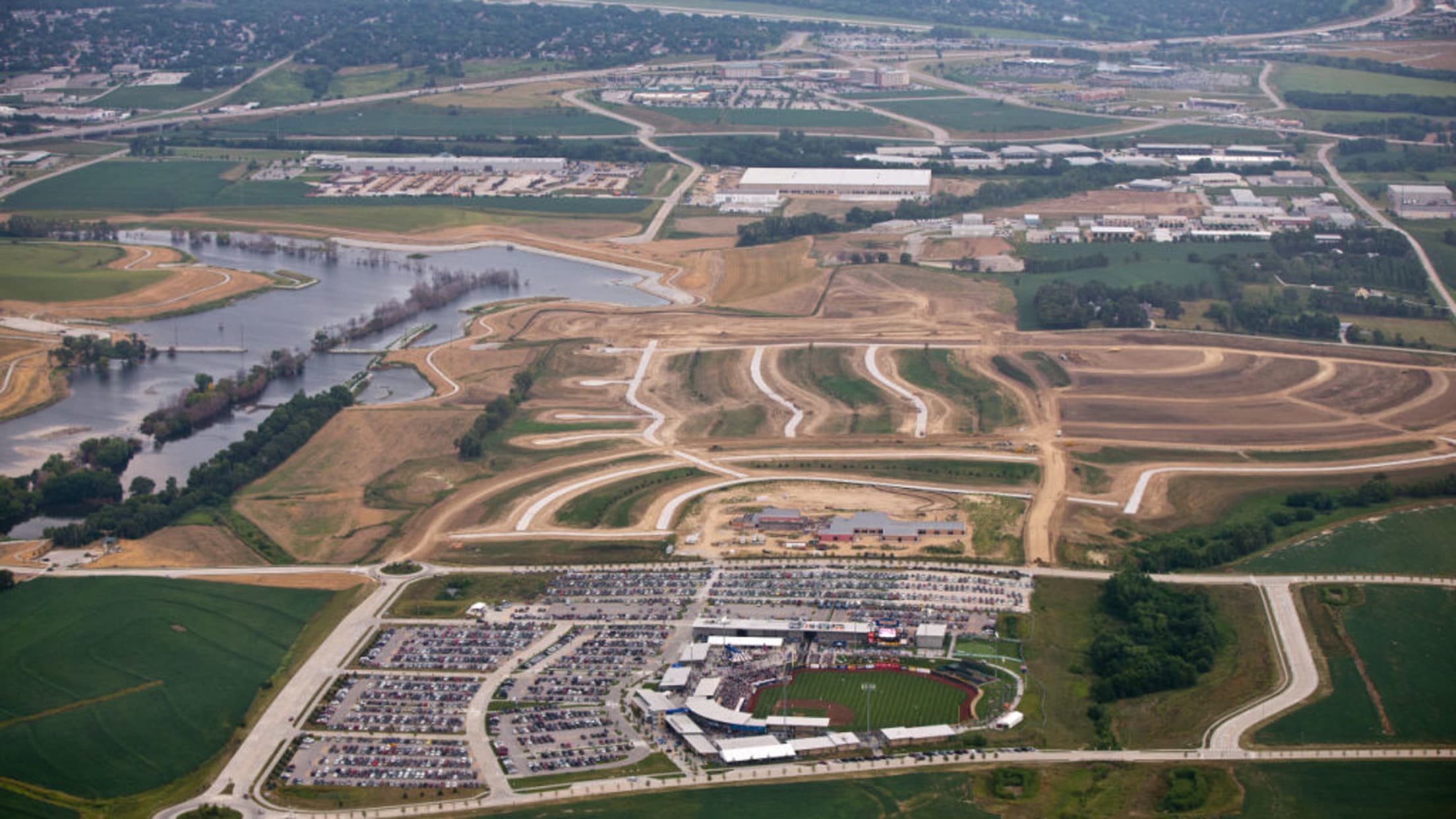 Omaha is the only Minor League team in Nebraska, but the city’s metropolitan area crosses the Missouri River into Iowa, which the Des Moines Cubs, Cedar Rapids Kernels and Quad Cities River Bandits call home. For those who head south, the Wichita Wind Surge play in one of the Minor Leagues’ newest facilities, and plenty of other teams reside in Missouri, Oklahoma, Arkansas, and Texas.

Omaha is the final – and closest – stop to Kansas City in the Royals’ system. After prospects begin their journeys up the ladder with the Low-A Columbia Fireflies in South Carolina, they take their first trip to the Midwest with the High-A Quad Cities River Bandits. Double-A means a trek to the south and the Northwest Arkansas Naturals before the system’s top talent heads to Omaha. 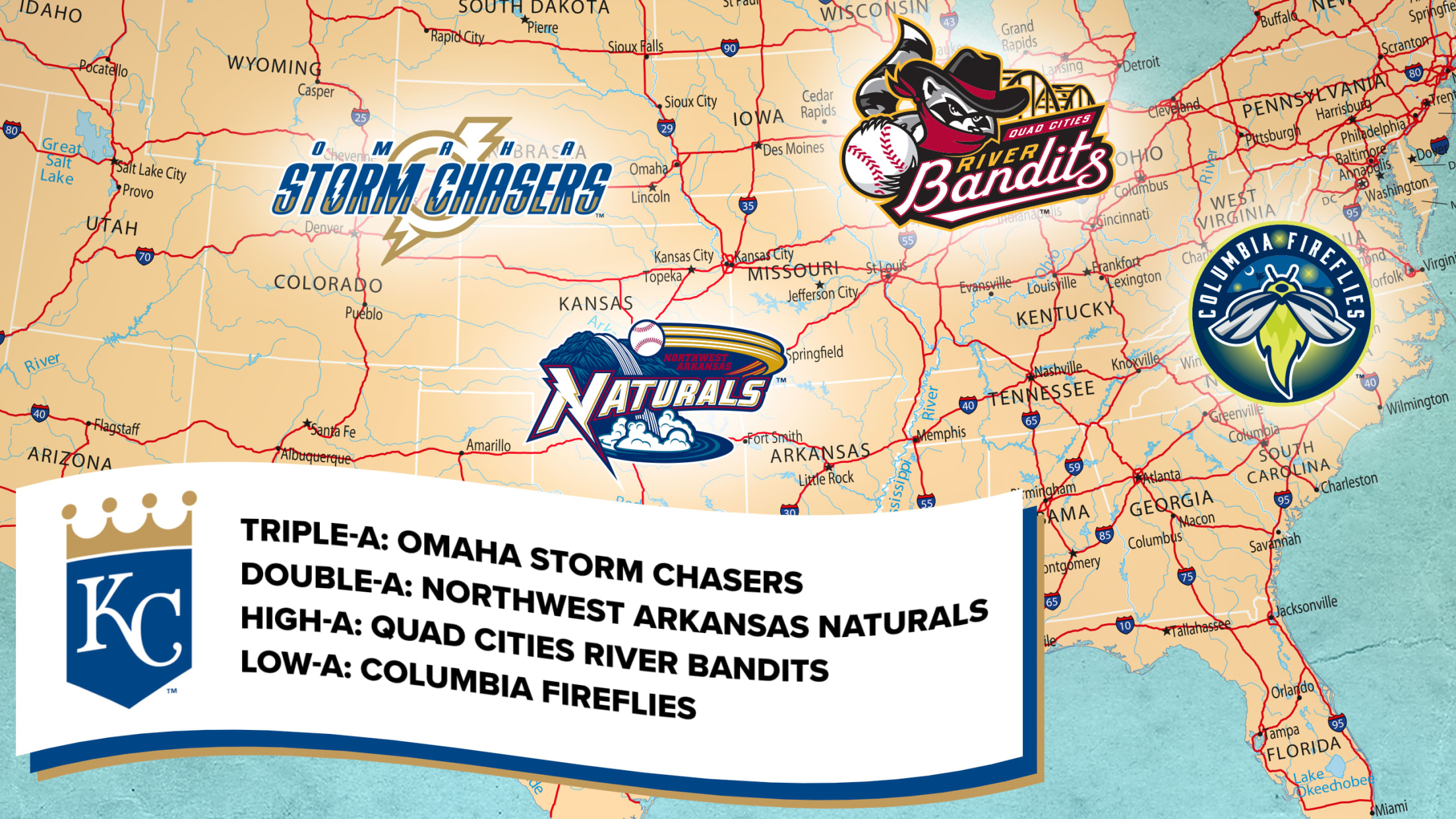