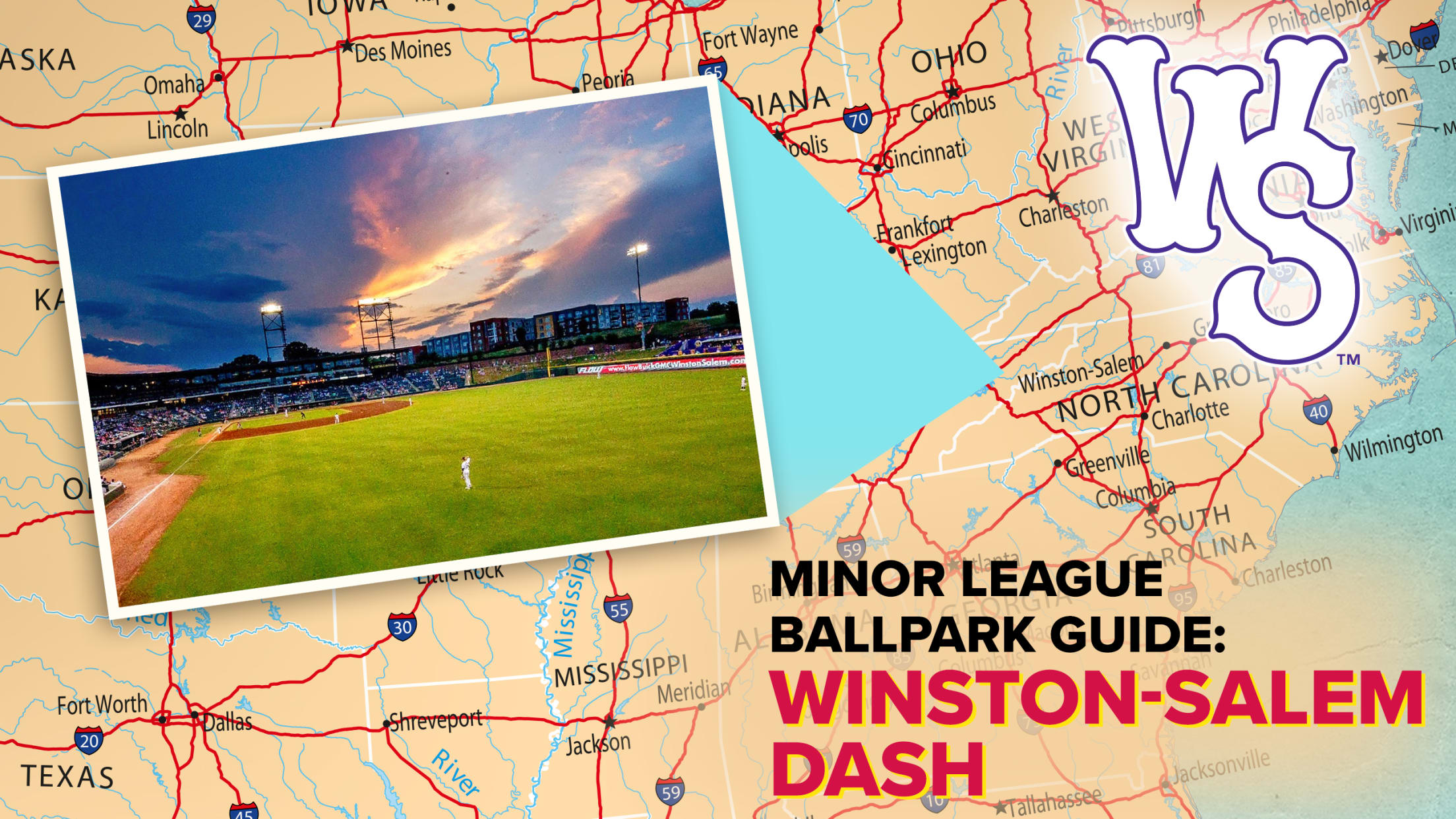 Welcome to Truist Stadium in Winston-Salem, North Carolina. Opened in 2010, the home of the Winston-Salem Dash is still one of the Minor Leagues’ most beautiful and intimate ballparks, with a city skyline view beyond the outfield wall and abundant unique seating options throughout.

Today’s city of Winston-Salem has a quirky baseball history in that it has hosted teams that went by the “Winston-Salem” designation since back before the community itself officially did.

Professional baseball in what is now North Carolina’s fifth-largest metropolis dates back to 1905 when the aptly named Winston-Salem Twins were born in the Virginia-North Carolina League. The cities of Winston and Salem, however, were technically separate until 1913 when a referendum united them. Tobacco communities abounded throughout North Carolina, and Winston-Salem was one of the most notable. Known as the Camel City due to the famous cigarette brand, Winston-Salem is still home to the headquarters of the R.J. Reynolds Tobacco Company.

For well over a century, the city has hosted baseball with its teams taking up residence in the Carolina League from 1945 until 2019, the longest-tenured franchise in the history of that iconic circuit. The “Twins” name, a reference to the two cities the club represented, survived in various league contexts from its debut in 1905 until 1942 before being resurrected in the Carolina League from 1954-56. Winston-Salem clubs also went by the names Cardinals, Red Birds, Red Sox, Spirits and Warthogs before becoming the modern day Dash. From 1956-2009, the franchise played its home games at what was then known as Ernie Shore Field, named after a pitcher who spent seven years in the big leagues from 1912-20 and helped fundraise for the ballpark in the 1950s. Shore passed away in Winston-Salem in 1980. After the Warthogs-turned-Dash departed in 2010, the stadium became permanent home to Wake Forest University baseball. 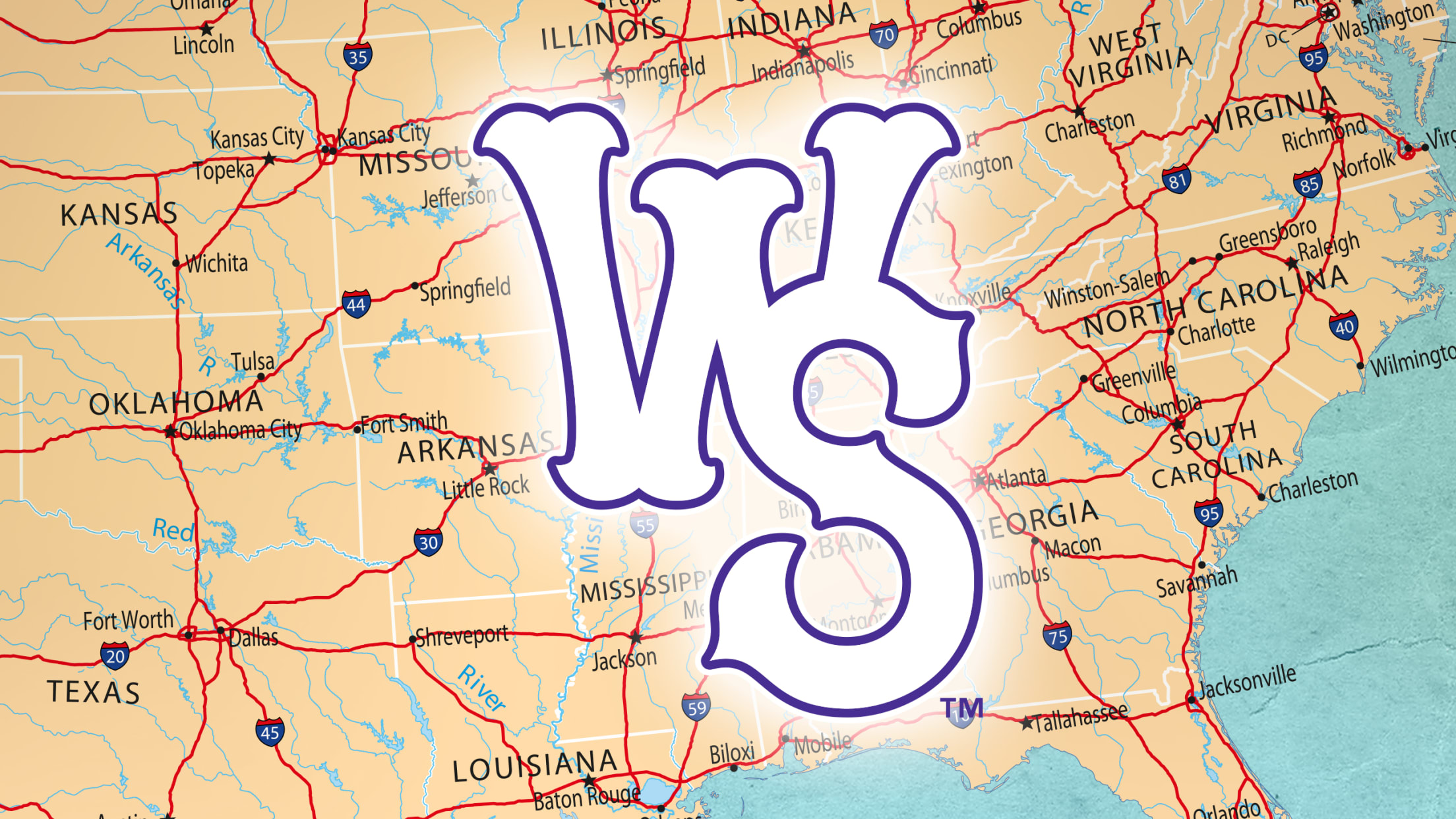 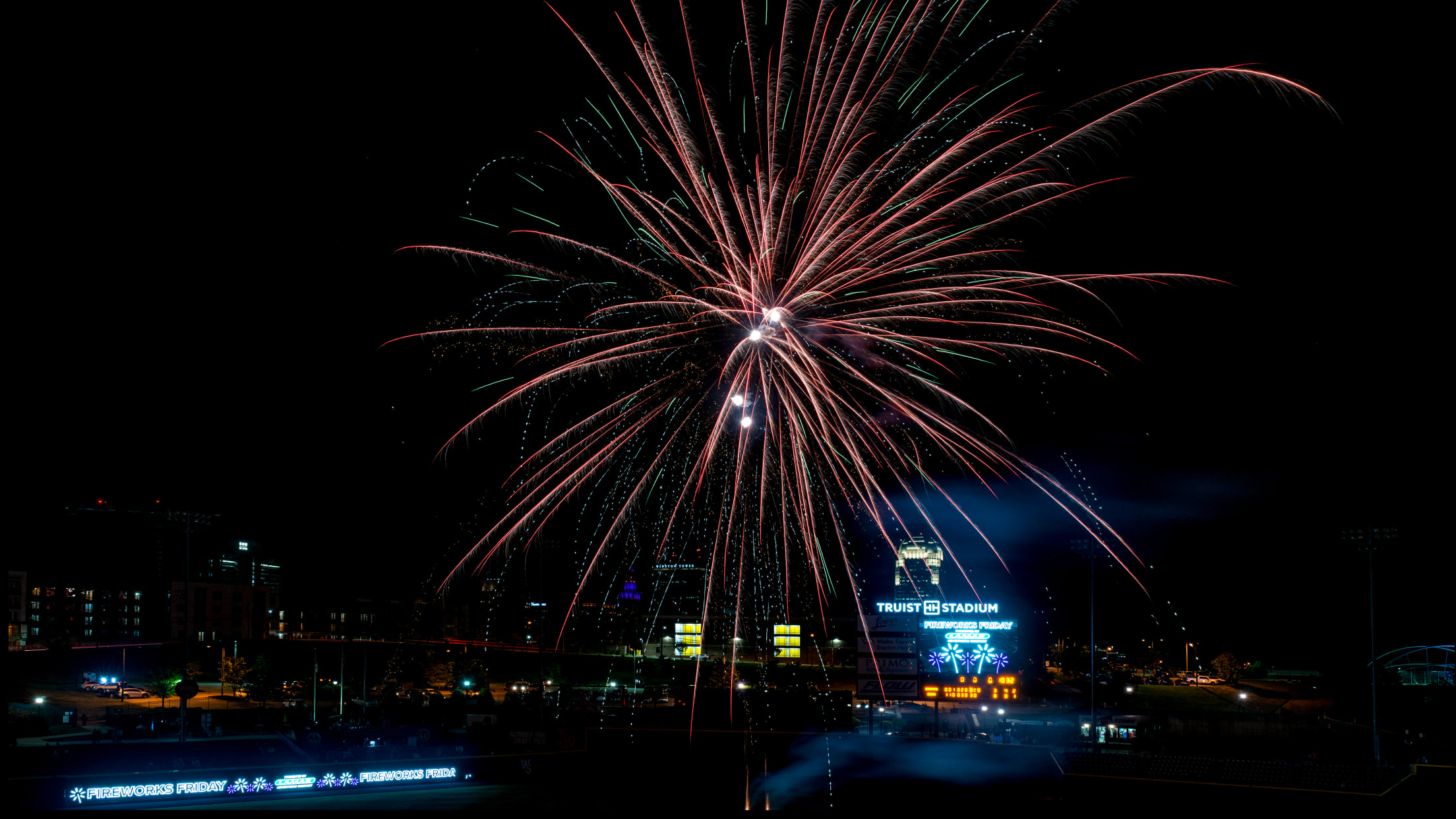 Baseball fans in Winston-Salem had to wait a bit longer than originally expected for their much-anticipated new ballpark when construction delays and controversies pushed its opening back from the 2009 season to 2010. When Dash supporters first walked through the gates, however, the wait had been more than worth it. What they beheld was a jaw-droppingly gorgeous modern ballpark that boasted one of the Minor Leagues’ largest video boards, unique seating sections beyond the right field wall, creative architectural touches like a bridge that connects the first-base side to right field much the way the ballpark’s location links downtown and residential areas.

From behind home plate or anywhere else in the main grandstand, fans are treated to a view of the downtown Winston-Salem skyline behind the outfield. Truist Stadium is built into a gently sloping hill just off US Hwy 421 which presented unique architectural challenges. The playing surface, located well below street level, is flanked by a two-level grandstand around the infield which includes the sizeable Flow Club on the second level. The Flow Club features a buffet for fans and tiered tables behind home plate. At field level, a suite sits next to the Dash home dugout, just behind the home on-deck circle, providing a unique vantage point from which to view the High-A action.

Outside of the main stands, the park features a picnic terrace down the first-base side and berm seating on the opposite side, beyond the left-field corner and wall. Four sections of outfield seating are perched behind the wall in right while the Foothills Brewing Brew Pen, an outdoor pub with open seating for all, sits in left-center. Behind the batter’s eye in center is the Dash’s Kids Zone including a carousel and other children’s attractions. 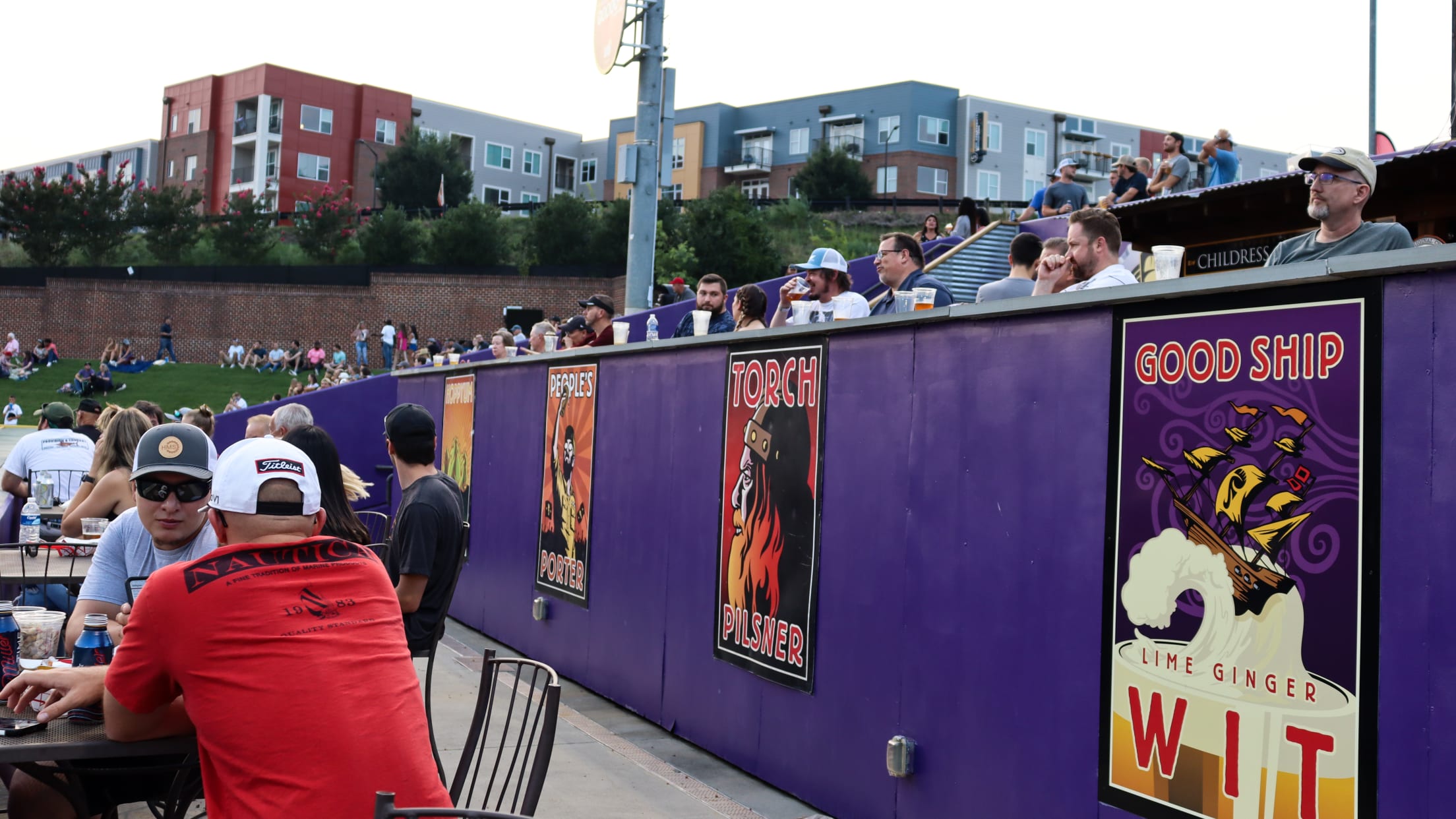 The Dash offer mostly traditional ballpark food options with some area favorites mixed in. The highlights of the adult beverage options are hosted in the Brew Pen where Foothills Brewing offers rotating local micro brews with first-come, first-served seating for all ticketholders in Truist Stadium. On the food front, fans can enjoy national staples like Chick-fil-A (except on Sundays) and Domino’s Pizza while Lowe’s Foods SausageWorks stands dish out smoked sausages and more. For those in a dessert mood, the Dash offer Hershey’s ice cream, Dippin’ Dots and Frios Gourmet Ice Pops among their sweet treats. 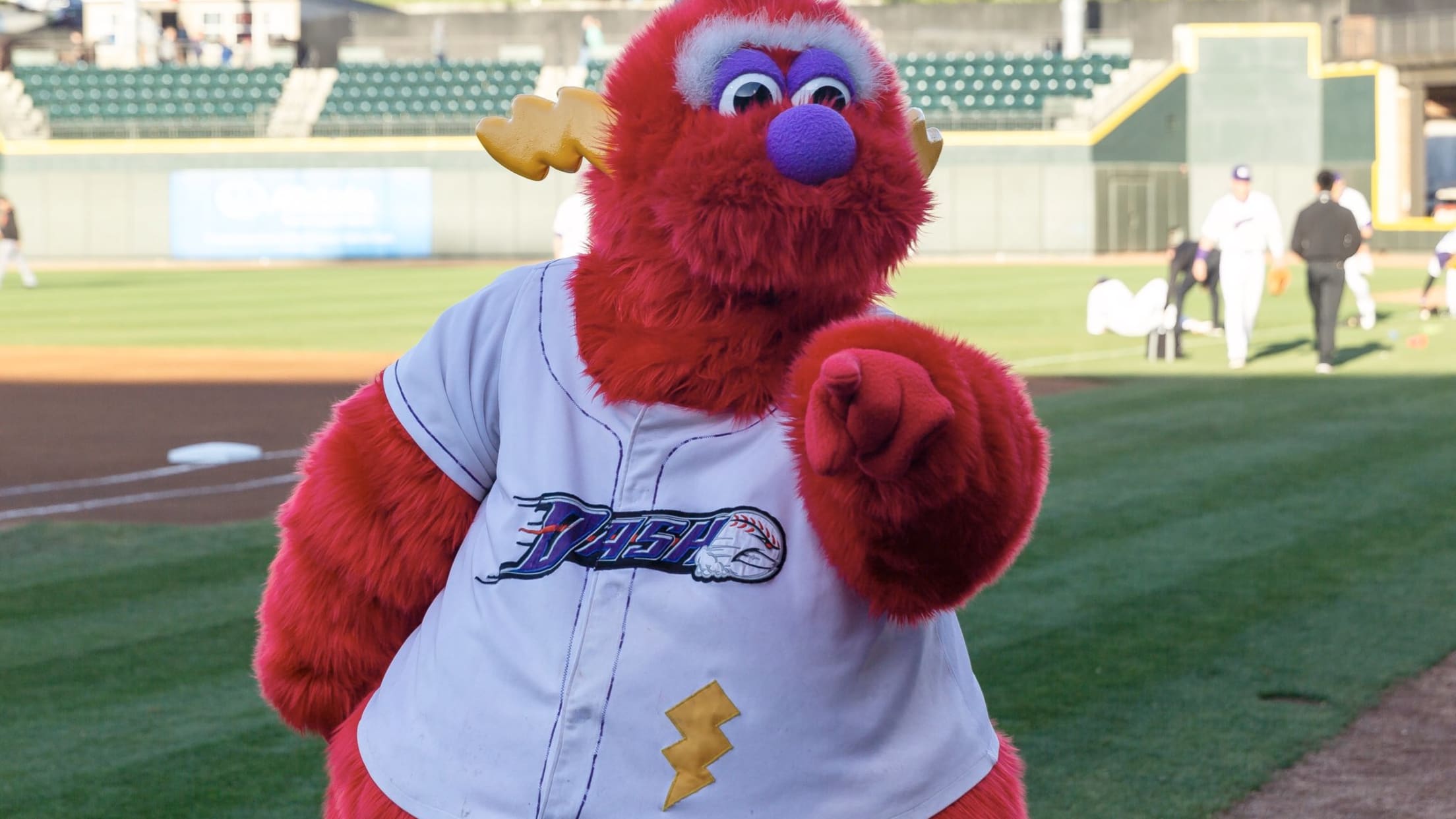 After changing their name from the Warthogs in 2009 (in part to honor the punctuation mark between “Winston” and “Salem” which is actually a hyphen), the Dash unveiled a character that quickly became one of the most beloved mascots in the Minors. Bolt is a red goofball with a purple mohawk and lightning bolt ears (get it?) who has delighted fans in Winston-Salem since joining the team for their earliest days at Truist Stadium. The Dash honor their history with throwback Warthog Wednesdays on which they play as their previous identity and bring back former mascots Wally and Wilbur, as well.

Race fans are more than in luck with a trip to Winston-Salem. A short drive from Truist Stadium sits Bowman Gray Stadium, NASCAR’s first weekly track, which still hosts four divisions of weekly competition and has thrilled countless fans since it opened in 1949. Winston-Salem is also home to the Winston Cup Museum which explores the Winston Cup era of NASCAR history.

The Old Salem Museum and Gardens are a comprehensive historical attraction which tell the stories of Moravian, Black and Indigenous peoples in the American South as well as combat food insecurity in the community.

Asheville has the Biltmore. Winston-Salem has the Graylyn, a 55-acre property that currently operates as a conference center and was built by one of the city’s most prominent families in the early 20th century. The centerpiece of the property is the estate, which boasts 85 private guest rooms and 15 meeting rooms.

In quirkier stops, Winston-Salem is also home to the last clamshell Shell Oil gas station in the country. Though the station no longer operates as such, it is the final remaining location of a trend that the oil company explored in the 1930s.

Terrific dining options abound throughout Winston-Salem and the surrounding area. In addition to Foothills Brewing, which is featured in the ballpark and has a location a short distance away downtown, Incendiary Brewing Co. is another local favorite. Next door to Incendiary, Cugino Forno Pizzeria is one of the top pizza stops in town. North Carolina also churns out some of the best barbecue on earth, and Winston-Salem is no exception. Camel City BBQ Factory dishes out pulled pork, brisket and more. Little Richard’s Smokehouse x Bar-N-Que has locations in and around Winston-Salem, as well. Golf fans will delight in the locally beloved Putters Patio and Grill. For breakfast options, check out Midtown Café & Dessertery.

The Graylyn offers exquisite lodging options for those who want to spend a little extra to surround themselves in luxury through a Minor League stop. On the outskirts of downtown Winston-Salem is the historic Brookstown Inn which was established in 1837 and is housed in the old Salem Manufacturing Company, adjacent to the Old Salem Museum and Gardens. The Kimpton Cardinal Hotel is a mile from Truist Stadium and right in the heart of downtown, providing city options with easy access to the ballpark. Chain hotel options abound throughout the city for all price ranges, as well.

Ten Minor League teams call North Carolina home and provide easy options to catch a game after a trip through Winston-Salem from the closest in-state neighbor in Greensboro, just a half-hour away, to the farthest in Kinston – home of the Down East Wood Ducks – three hours away. Beyond the state’s borders, an additional 14 teams reside in bordering the states of Virginia, Tennessee and South Carolina.

White Sox prospects spend a lot of time in North Carolina on their way to the South Side. Starting in Low-A Kannapolis, they move to Winston-Salem before taking the jump to Double-A Birmingham. The final stop in Chicago’s system is back in the Tar Heel State at Triple-A Charlotte. 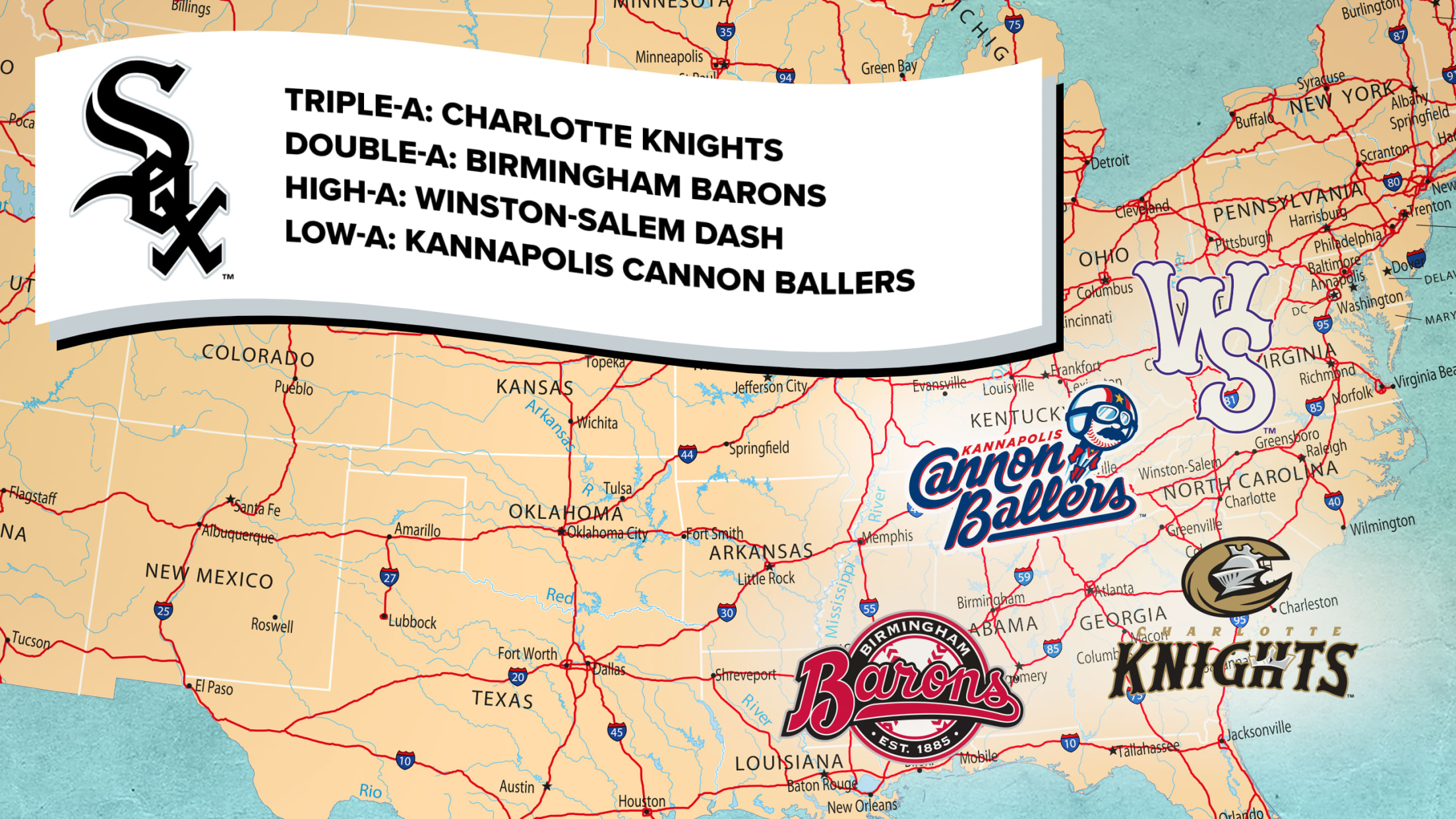