For two decades, the Johnny Bench Award was presented to college baseball’s top NCAA Division I catcher. The Greater Wichita Area Sports Commission created the award in 2000 and dedicated it to Hall of Fame and Reds Hall of Fame catcher Johnny Bench.

In 2019, the award was expanded and permanently relocated to the Reds Hall of Fame & Museum at Great American Ball Park in Cincinnati, Ohio.

The Reds Scouting Department provides input on the baseball categories. The awards committee determines each winner with support from local media from each state.

The Bench Awards will honor:

All 10 winners will be invited to Cincinnati on Tuesday, July 20 for an awards luncheon, presented by MSA Sport, at Great American Ball Park followed by a pregame ceremony prior to the Reds vs. New York Mets game at 7:10 p.m.

The 2021 Johnny Bench Awards Luncheon took place on Tuesday, July 20 at Great American Ball Park in the Bally Sports Club. Recipients were honored by the Hall of Fame catcher himself as part of the festivities. Click below to read more about this year’s event. 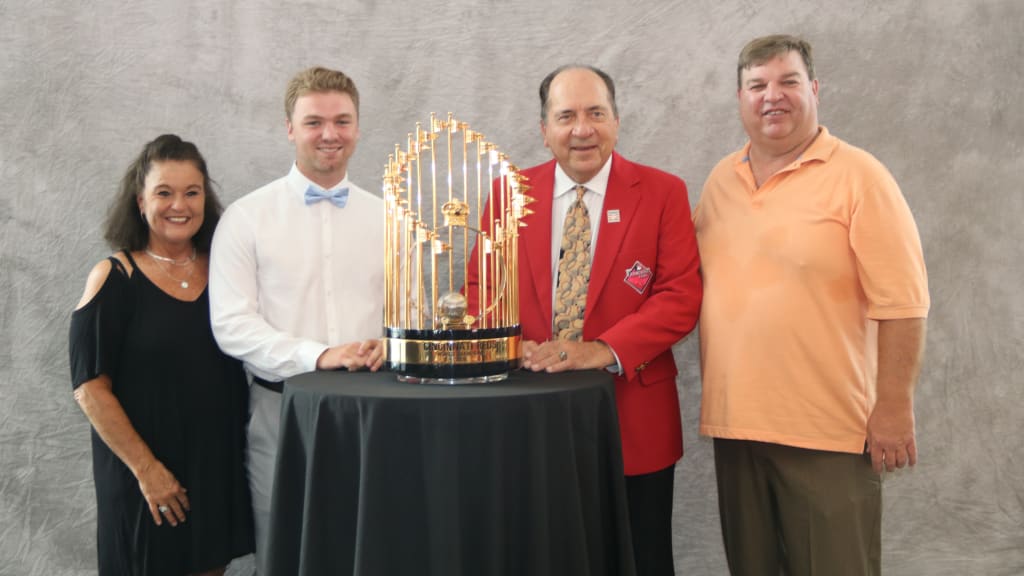 2021 DRAFT NOTE: Matheu Nelson was selected by the Cincinnati Reds with the No. 35 overall pick.

2020 DRAFT NOTE: Patrick Bailey was selected by the San Francisco Giants with the No. 13 overall pick in the first round.

2019 DRAFT NOTE: Adley Rutschman was selected by the Baltimore Orioles with the No. 1 overall pick in the first round.