The Mariner Moose made his debut on April 13, 1990, during the Mariners home opener in front of a sell-out crowd at the Kingdome. The Moose was selected as the Seattle Mariners' first-ever mascot after a contest in which more than 2,500 entries were submitted by children 14 and under from throughout the Pacific Northwest. Ammon Spiller, a fifth grader from Central Elementary School in Ferndale, WA, came up with the winning idea: "I chose the Moose because they are funny, neat and friendly. The Moose would show that the Mariners enjoy playing and that they still have a few tricks up their sleeves. It shows they're having fun no matter what the situation."

When he's not starting a slow clap for Kyle Seager or snacking on a ballpark hot dog, the Mariner Moose feels most at home when he is surrounded by his favorite humans, Mariners fans. Moose loves skipping through the concourse, driving his ATV around the warning track, and leading cheers from every corner of T-Mobile Park. You will usually see Moose sporting his #00 Mariners jersey, but he's always rummaging through his costume closet looking for new outfits - Santa, Batman and Elvis are a few of his favorites. Whether it's giving out hugs and high-fives in the Moose Den or dancing on the dugout, the Moose is always full of energy. Much like his friends in the Mariners Kids Club, he has a tough time sitting still, but be warned, if the Moose sees you rooting for the visiting team, you might end up with silly string in your hair or a whipped cream pie in your face! He can be quite the prankster. From performing backflips during the opening lineup to waving the victory flag after the game's final out, there is nothing the Mariner Moose loves more than Mariners baseball!

Since his introduction over thirty years ago, the Mariner Moose has become one of the most recognized mascots in sports, entertaining millions of fans throughout the United States and abroad. In addition to entertaining Mariners fans, young and old, the Moose is proud to be a wonderful symbol of the great Northwest.

The Moose Is On the Loose

To feature the Mariner Moose at your event, please call the Mariner Moose Scheduling Hotline at 206-346-4321. Requests may also be sent via e-mail, or by mail, to: Mariner Moose Requests, PO Box 4100, Seattle, WA 98194. Once obligations to the Seattle Mariners have been fulfilled, all appearance requests are handled on a first-come, first-served basis.

The Mariner Moose DREAM Team is a comprehensive school assembly program aimed at elementary school-aged students. The program uses the Moose to deliver the importance of the DREAM Team principles:

For more information on bringing the Moose and his DREAM Team to your school, please send a letter of request on your school's letterhead to DREAM Team, PO Box 4100, Seattle, WA 98194.

Sign your little sluggers up for the Mariners Kids Club today! 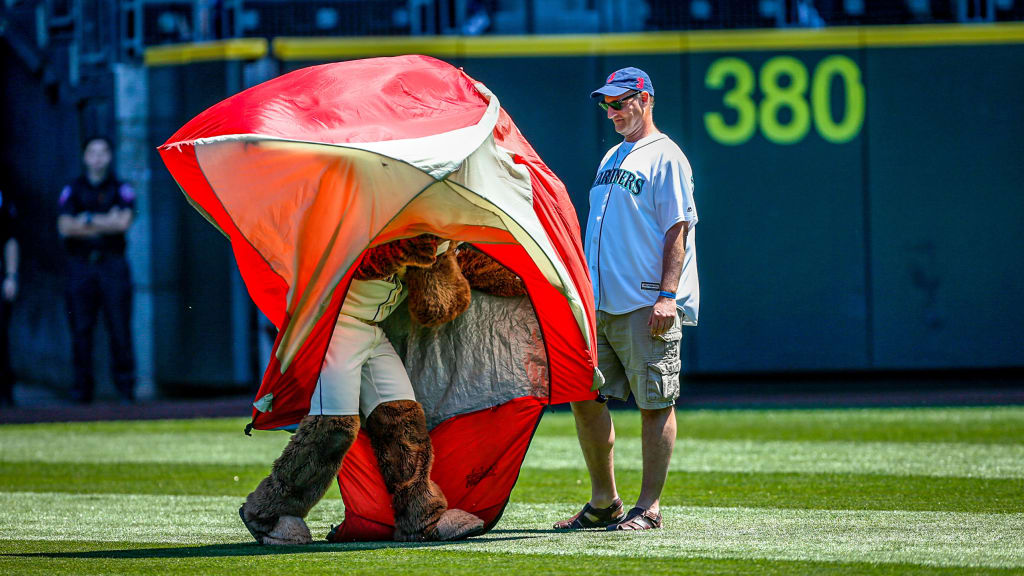